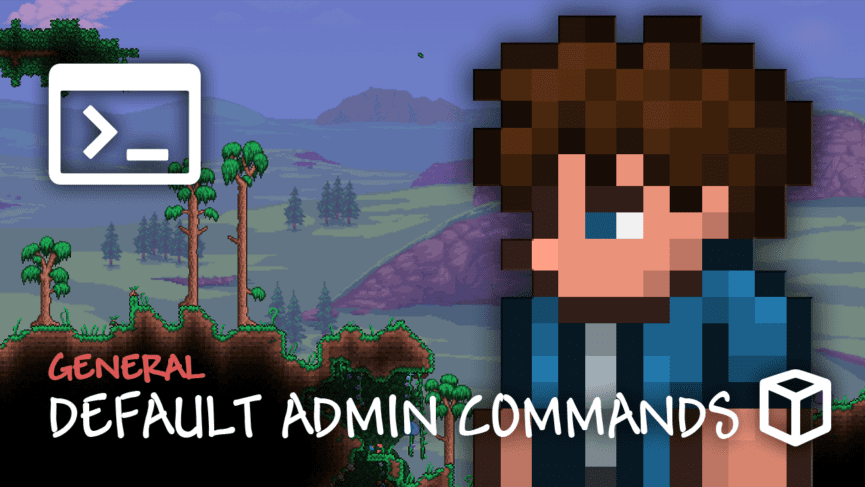 Managing your Terraria server can open the doors for many new possibilities, from custom features to controlling the world. There are multiple ways to do this, such as using plugins or tweaking settings. However, executing commands is the easiest way to customize and take care of your server. These can change the in-game time, save progression, ban unwanted players, among other actions. Although, the exact commands and process for doing this isn’t common knowledge. This is due to all of them being used in the console, but even that changes if you’re running a TShock or tModLoader server type. With this in mind, we’ve created this Apex Hosting guide to cover every command and how to use them in your Terraria server.

As previously mentioned, all commands are used in the Console section of your server panel. However, some of them are required in-game if hosting with TShock or tModLoader types. There are over 20 unique commands to try out in your Terraria server, ranging from world management to player control. We’ll categorize these for you to make it easier to understand.

Customizing your world can take many different forms, such as uploading a unique one to the server. Most of the time server owners create new maps and control minor aspects of them with commands. For example, some may decide to change the world’s time to noon for the best visibility. Other times, owners resolve server stress by controlling the water movement with these commands. Regardless of what you intend on doing, review the list below to know what’s available.

An important part of owning any Terraria server is the ability to control its players. This may involve kicking for fun, punishing rule breakers, or sending a global chat announcement. For instance, if someone starts to grief buildings or other players, then banning them is typically done. Fortunately, the vanilla version of the game introduces these actions with specific commands. Learn more about them in the list below. 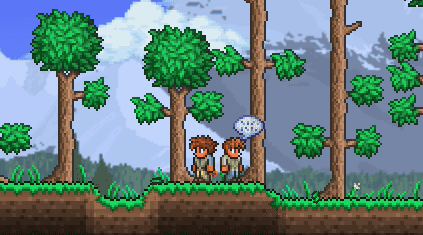 Besides customizing the world and controlling players, managing the server is another crucial element. This may include setting a password or shutting down and saving the world’s progress. There are many other helpful commands to use that either provide helpful information or allow you to tweak certain settings. Keeping this in mind, the list down below reveals all server management ones to try out.

How to Use Commands

After selecting some commands to use in your Terraria server, you’ll want to know how to properly execute them. Our panel makes this process super easy for any owner, as it only takes three steps. However, make sure the server is online and operational before attempting to run commands.

Commands Aren’t Working
Most of the time when commands don’t work, they’re being executed improperly. For example, popular mistakes include using incorrect arguments or misspelling them. Make sure to not include any slashes or brackets when running commands in the Console. If it still fails, then the server may be offline and results in no commands working. Ensure you’ve clicked Start in the main panel so everything loads, then try again. However, TShock and tModLoader servers may require you to use them in-game. In this case, make sure to include the slash (/) before the command so it works without issues.

Changes Weren’t Saved
If certain changes aren’t being saved, then you may have to edit them in other areas of the panel. For example, setting a password can be done in your Customizations section. Similar edits may involve the same area or tweaking the Terraria Settings in Config Files. However, if you use the exit-nosave command, then some changes will not save. Instead, either Stop the server from the panel or use exit in the Console to retain any edits.

Get started with your own terraria server in 5 min and start trying out these great features.