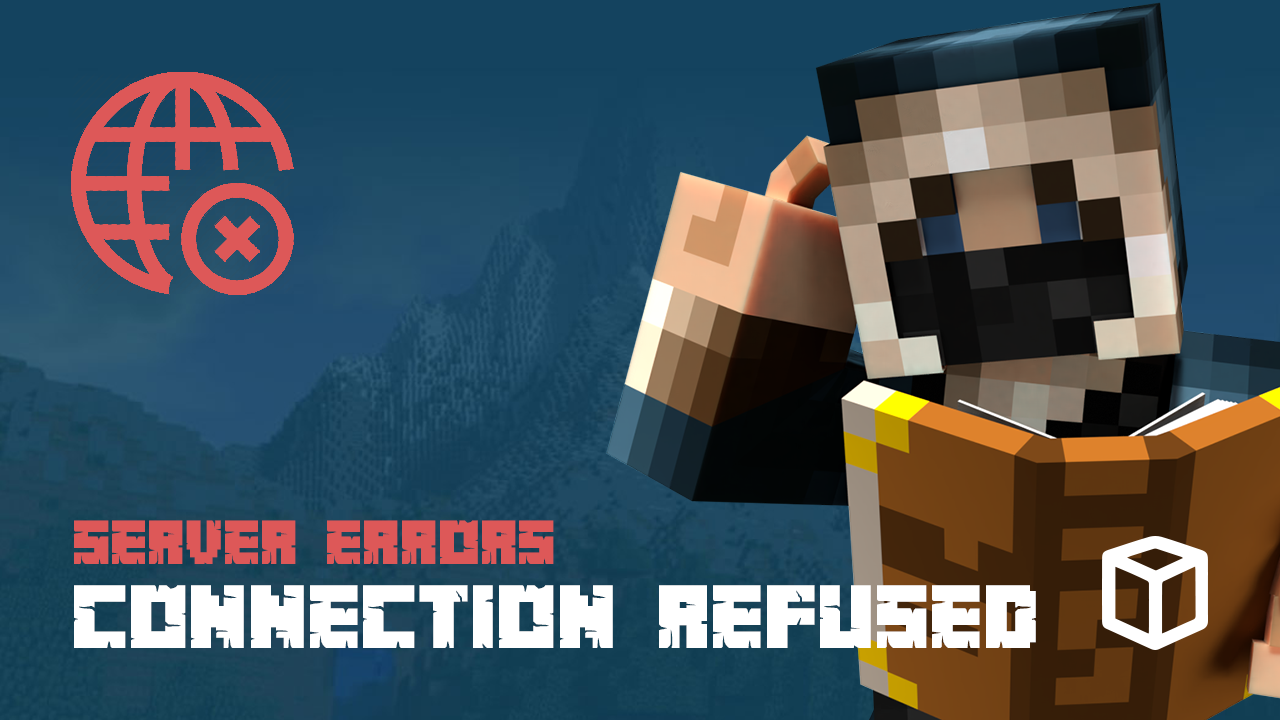 The “Connection Refused” error typically means your attempt at connecting to the server was dropped or refused. Most of the times this error is network related, whether be it a bad connection to the server, using the wrong Minecraft client version, or a firewall blocking your attempt to connect to the server.

Connection Refused error received when trying to connect to the Minecraft server.

The first course of action is to verify if the issue is only happening to you. You can do this by having another person on a different network attempt to join the server using the IP and Port of your server. If the other end user is able to connect, then the issue is typically a connectivity issue on your end. If the other user is unable to connect as well, then this suggest an issue with the server. Knowing if the problem is isolated to just your network or all users who attempt to connect is critical in deducing the problem.

In rare cases, users wont be able to connect to various servers due to the configuration of their network. If this is the case, then you as the end user, will need to ensure their network’s firewall is open to send and receive on port 25565. If other people on the same network are able to connect, a possible solution is to add Minecraft and the Minecraft Launcher to the exceptions of your firewall and antivirus exceptions, as the connection block might be happening from your computer itself, not necessarily from the whole network. If you can connect to other servers, but not your own despite it being up and running, it is possible that the game is ran using an invalid client, such as a client for a different version, or that the server itself has stalled.

The recommendation for such problem is to reinstall your client to verify that the files are not damaged in any way, and restarting the server.

The “Connection Refused” error is typically network related, appearing when your network is blocking the connection to the server, and is solved, in most cases, by adding Minecraft and its launcher to your Firewall and Antivirus exceptions, and by ensuring your network’s firewall and/or router is open to send and receive the port 25565. By using a server from Apex Minecraft Hosting you do not have to worry about firewalls preventing users from joining your server.