How to Set a Spawn Point in Minecraft

Almost all Minecraft servers need a spawn point for new and returning players, which can be configured through multiple methods. Having a spawn for your users is important to establish shops, farms, arenas, or anything else that you want people to utilize. This can be tricky to do if you’re not familiar with setting spawn and keep in mind that this setup is determined by the type of server. For example, if you have a modded and plugin server then you have many options to use that have their own design for spawn points. In this Apex Hosting guide, we’ll show you ways for setting spawn points on your Minecraft server.

Some players may think that the default version of Java and Bedrock Minecraft doesn’t have a spawn point system, but it does. You can either set an individual spawn point for yourself or a global spawn for all players. Additionally, no command blocks are required to set this up! However, you’ll need to be the server’s operator to create the spawn points. After you have access to all commands, then you can follow the instructions down below.

Note: If you want a specific block radius, then specify that with the gamerule command. The radius will be the area in blocks that players will spawn. On the other hand, instead of having a global spawn point, you can use the /spawnpoint [username] command. That will give individual players their own spawn in your world.

Instead of using the basic spawn function from Vanilla, you can use plugins with Spigot or Paper servers. Plugins allow you to have custom and unique features, unlike the default spawn system. For example, you can have a command that teleports the player to spawn after running it. There are other functions such as returning to a custom spawn after death or having a per-world spawn point just to name a few. For our instance, we’ll use one the most popular plugins for spawn points, EssentialsX. It should be noted that this plugin does have a lot of other features and isn’t ideal for only a spawn system.

If you only wanted a spawn point system without any extra features, then you can use the following plugin:

It’s encouraged to review each plugin to see what suits your server best. For example, reviewing the plugin’s documentation for commands, permissions, and features will give you an idea of what it can be truly used for in-game. If these options aren’t what you want, then you can search for similar ones by following our how to find plugins guide. 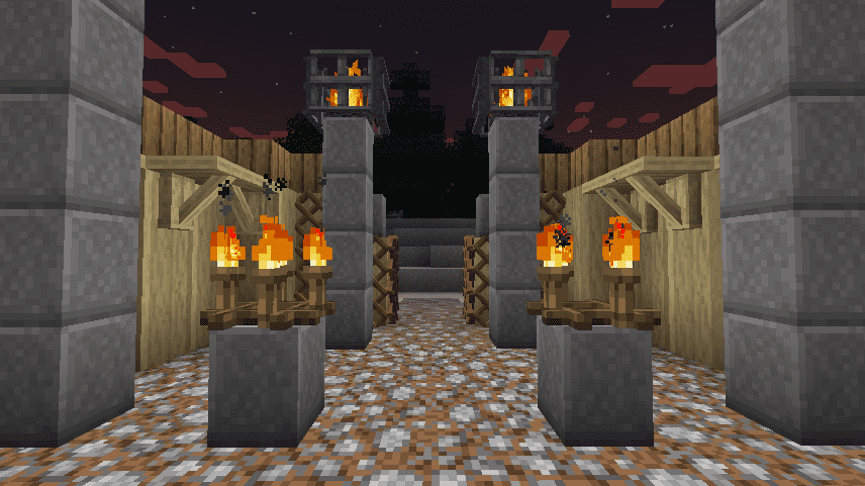 If you don’t have a plugin-based server, then mods will be required for setting up custom spawn points. You’ll need to manually install them on the server, which you can learn about here. They are similar to plugins because they have commands to set the spawn and settings to configure. It gives you more control over where players will spawn when they join your Minecraft server. You can review mods for setting spawn points down below.

These particular mods have configuration files within your config folder to tweak, so reviewing their respective resources is encouraged. Additionally, these mods require specific dependencies to function properly and are listed on the mod’s page. If you want more options for controlling the spawn system, then explore our how to find mods guide.

You now can set spawn points in your Minecraft server whether it’s vanilla, modded, or uses plugins. This will give you complete control over how new and returning players join the game. The standard is to have one spawn point for all users, but with certain functions from plugins or mods you can have per world spawns, individual ones, and even commands to teleport players to spawn. This helps when you have shops, arenas, farms, or anything else at your new spawn location. We hope this resource helped you in achieving how to set spawn in Minecraft!