Who is the best Minecraft player? 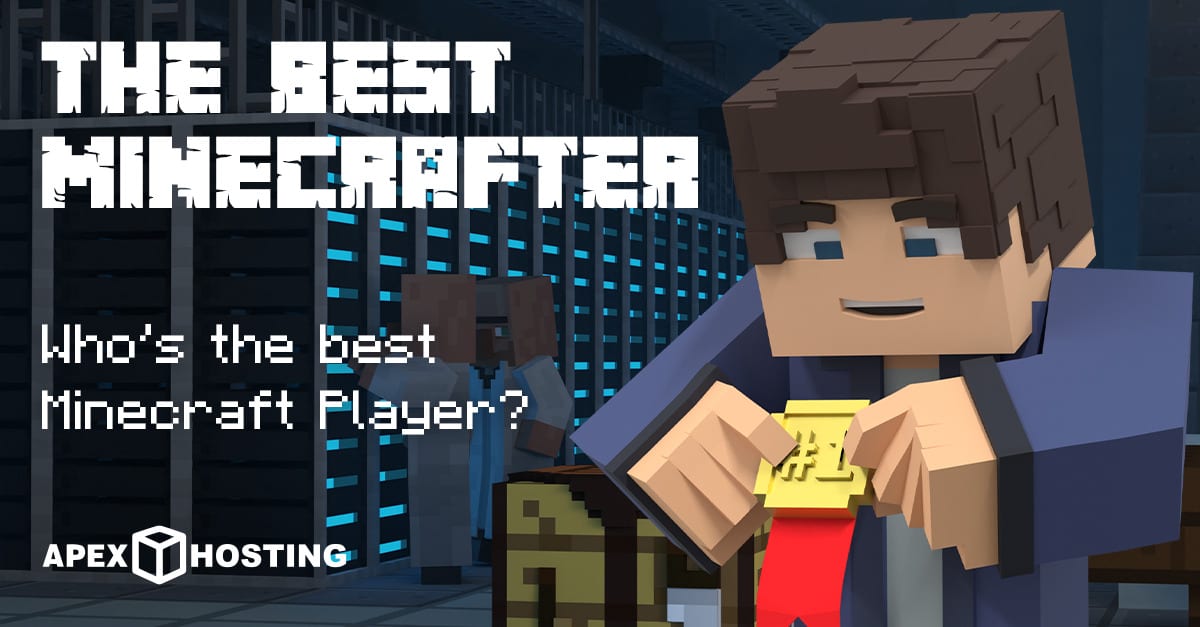 What makes a Minecrafter…a Minecrafter? What actions, skills, knowledge, or experience defines the player in our lovely block building game. More specifically, what makes a Minecraft player “good”? What does it even mean to be “good” at Minecraft? Is there a criterion that must be met? Who determines what counts as a positive or negative trait, and what goals must be reached? We’re about to enter a totally subjective field interpreted by yours truly, Dave. I am going to give my opinion on what defines a Minecrafter and what makes them ‘better’ or ‘worse’ at the game. Take everything said with a grain of salt, since this is all speculative, and based on my opinion.

So, let’s decide on what makes a Minecrafter good at the game. In my opinion, I think there are three major areas to look at someone’s ‘skill.’ These three areas are:

The player’s ability to survive and thrive in the world of Minecraft. This includes all actions related to sustaining life for the player(s) involved, which means finding a reliable source of food, mining valuable ores, holding one’s own in combat with mobs, and even defending themselves against other players. Initially, I thought that PvP should be a separate category altogether, but I decided that the fighting skill of a player should include combat against players and mobs together. 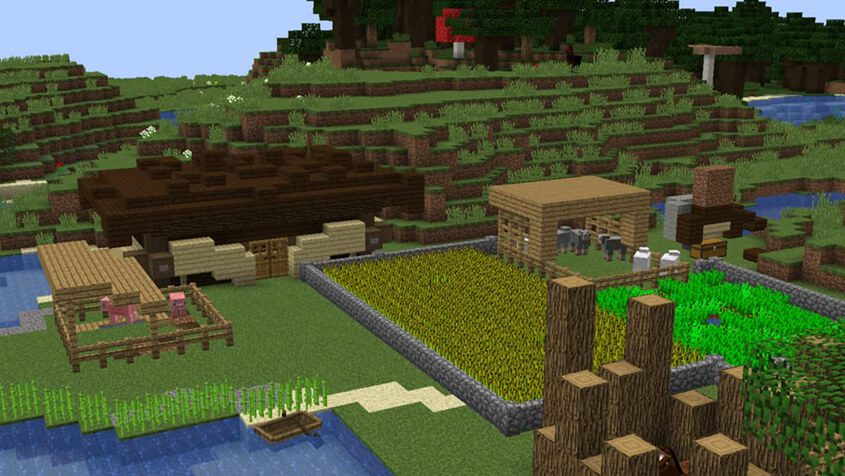 An experienced player will be able to always feed themselves and others, find all the necessary resources to craft what they need, and destroy any obstacle. Whether it be finding diamonds or slaying a dragon, they need to be prepared and capable. People who play on Hardcore difficulty often make the best survivalists, making them a force to be reckoned with.

The player’s general creativity and originality when approaching the world. This is mostly composed of building skill and design. Considering that Minecraft is a game with endless possibilities, the player base is infamous for being able to design anything of any scale, and that is a noteworthy skill. This can include anything from the design of a Redstone contraption to the originality of a building’s structure. 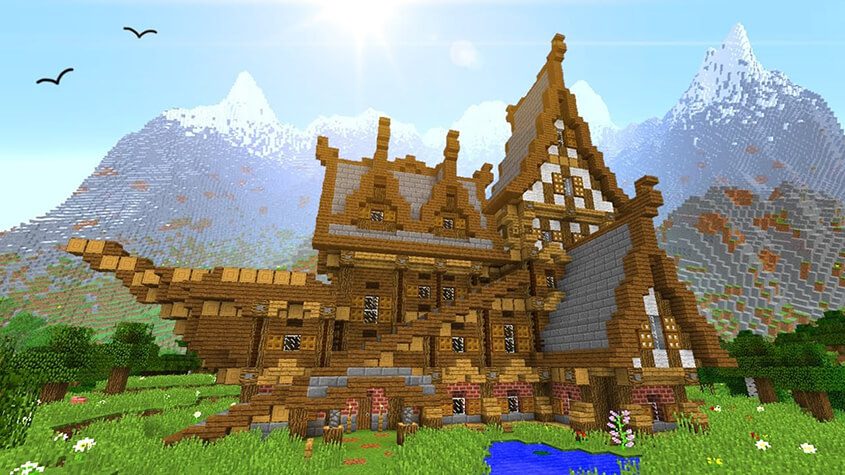 It is extremely difficult to measure a player’s creativity and originality, as most stuff around Minecraft is subjective, but it is safe to say that players who can build entire kingdoms are more creative than those who put together a dirt shack. Creativity can also extend to the efficiency of a structure/mechanism and its ability to function properly. The most creative players are able to automate entire parts of the game and make any building look nice.

The player’s knowledge and experience of the Minecraft world, its mechanics, and features. This includes literally everything, down to the numerical values of different statistics. Surely, most people know that one player who memorized the exact y-level where Diamonds spawn more often, or you ARE that player! Some players memorize all the possible trades with villagers, or even every brewing recipe for the potions. 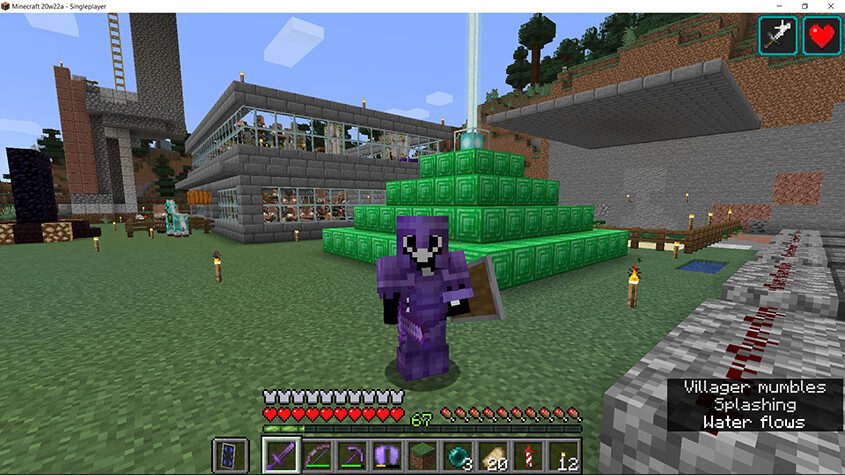 Game knowledge can be as simple as memorizing the crafting recipe for a bed to knowing the percentage chance of receiving a certain barter from a Piglin. The most advanced players with extensive knowledge often know how to exploit the game in their favor. Using dupe-glitches to obtain infinite resources, creating incredibly fast speedways using combinations of ice, soul sand, and boats, and even using beds to mine for Ancient Debris in the Nether. This and so much more make knowledgeable players quite efficient players.

These three categories do have lots of overlap, but not only is that intentional, it makes sense. If you are more knowledgeable, you will be more effective in combat. Your creativity extends to your fighting style, and will allow you to obtain more knowledge of the game. All of these things are interconnected.

Overall, we can take these three things into account when determining the overall skill of a player, and whether someone is ‘good’ at Minecraft. There are people who excel at every part of the game, but usually, people tend to lean in one direction. Whether that be they just have an inclination for that category, or they were more interested in that playstyle, so they pursued it. 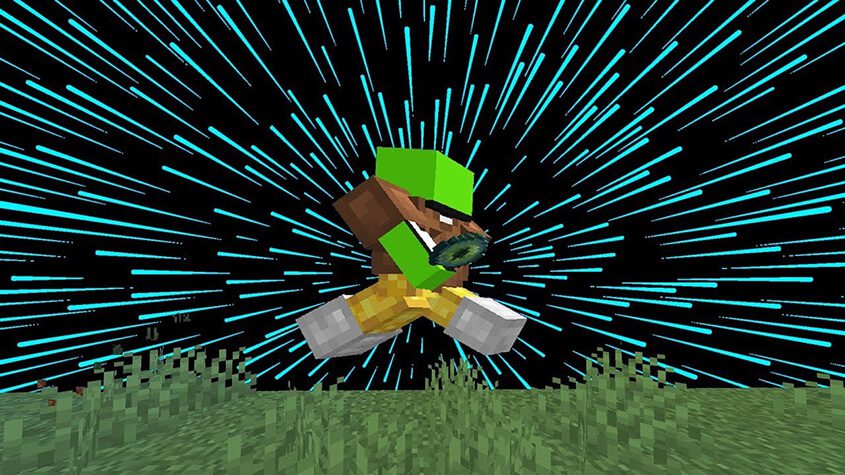 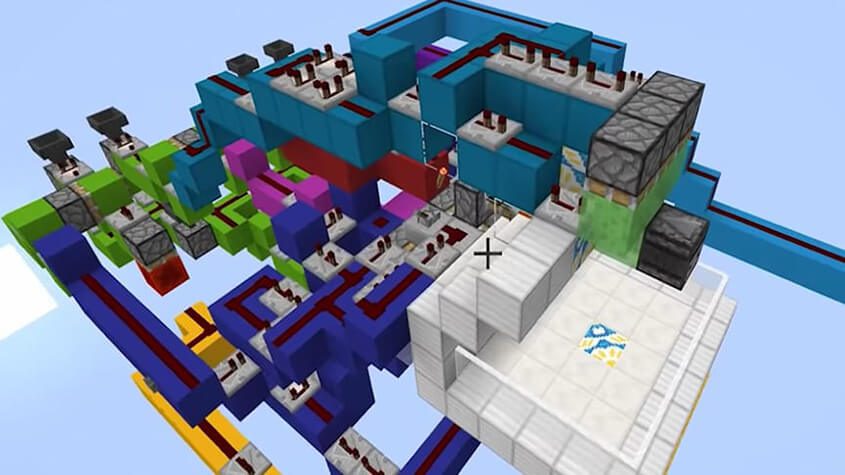 We can look at popular content creators as an example. Someone like Dream has a natural affinity for PvP, but is still supported by his vast knowledge of Minecraft and its mechanics. As a speedrunner, he needs to memorize trade mechanics and crafting recipes, along with the necessary muscle memory required to perform those actions as fast as possible. This all takes a lot of training, but Dream is not known for his elegant builds or massive creativity. On the contrary, someone like Mumbo Jumbo is known for his extensive creativity and knowledge when utilizing Redstone. He can automate almost anything, and seems to make large scale contraptions just for the sake of it. However, he never is shown to brawl with other players or even fight at all. Even the best-known players have their weaknesses.

Who is the best Minecrafter?

So, who is the best Minecraft player? To conclude, there isn’t one. I believe there are clear categories that you can improve yourself upon, and there are definitely ways to measure the skill of a player in Minecraft. But, I do not believe there is a surefire way to determine who the ‘best’ player is, especially in such a varied game with so many different playstyles. Minecraft is probably one of the largest, most expansive open-world games in the world, and it shows best when we can’t even determine what it means to be a ‘good’ Minecraft player. With that being said, have a great day!