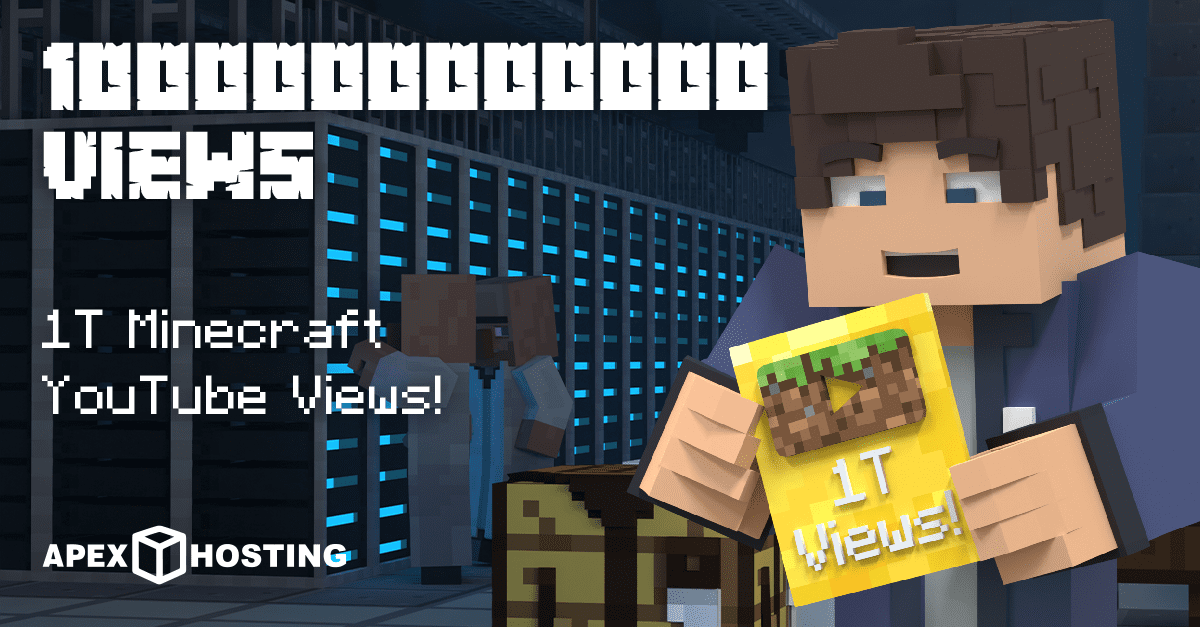 Throughout the years Minecraft has proven time and time again that it has utterly dominated the online world. YouTube, a platform built for the entire world to express themselves creatively has shown how Minecraft is the first category to reach over one trillion views! And counting! Due to the hard work of thousands of content creators over the course of a decade, Minecraft has proven its worth to the world as a cultural phenomenon. Today, we’re going to go over the significance of Minecraft’s growth and how we got here. Let’s begin.

This year, Minecraft passed an unimaginable number of views: ONE TRILLION! To commemorate this occasion, YouTube has put together some interesting statistics which explain what categories, video types, creators, and more compose the one trillion views.

The bulk of the views have been split up into set categories which YouTube has determined to be the most popular. 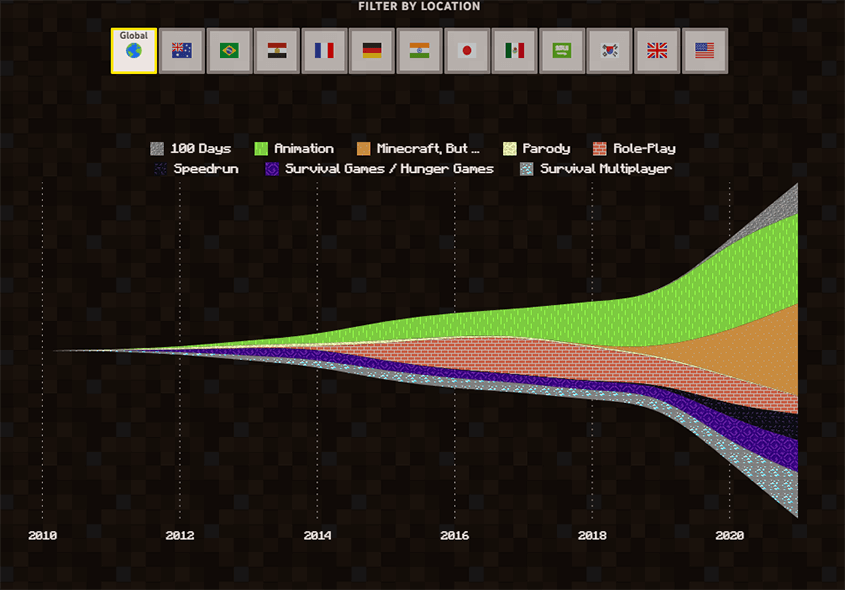 Minecraft, But… – Videos that demonstrate Minecraft creators’ skill, ingenuity, and creativity at not just playing but manipulating the game. (Views: 5,117,982,689)

Due to the collective efforts of tens of thousands of creators playing, experimenting, streaming and uploading Minecraft videos, all of this was possible. YouTube has put together two organized lists that show exactly which videos or creators make up the views. 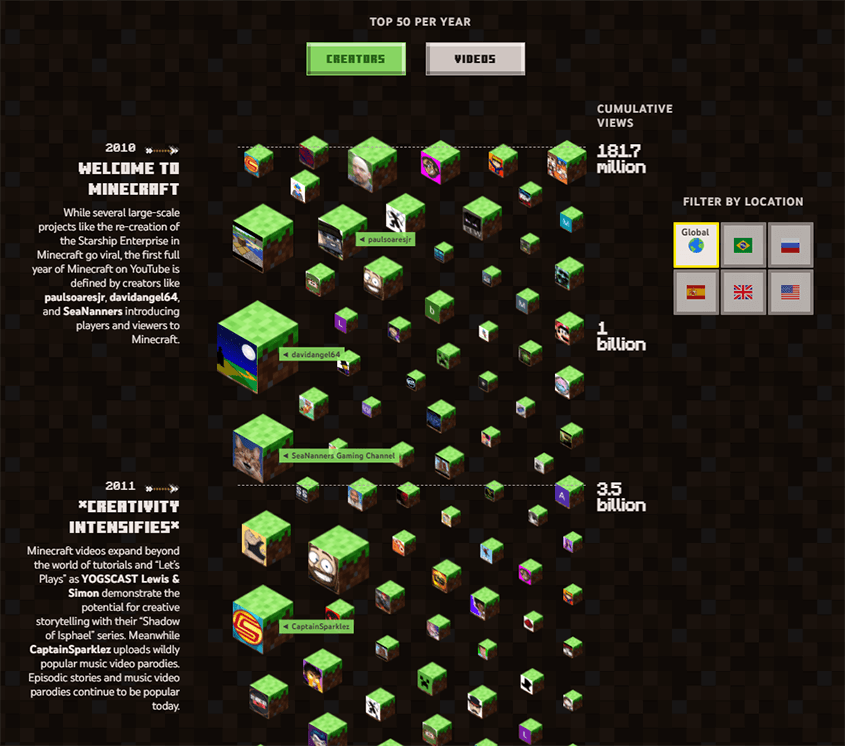 The first list organizes the top 50 creators of each year and also how many views they contributed to the total for that year.

The second list organizes the top 50 videos per year along with when they were uploaded and how many views they contributed to the total for that year.

These lists act as a sort of timeline that shows the gradual progression of Minecraft and its youtube culture until it inevitably reached one trillion views. Pretty cool of YouTube, since this must have taken hundreds of hours to create. It took around eight years to generate 500 billion views, but only another two or so to double that and hit the big tril. We can only assume that this exponential growth will continue forevermore.

That’s everything! Minecraft on YouTube is a cultural phenomenon (I know I’m repeating myself) that should be celebrated by everyone involved! We have shown that this is not just some little indie game, but the most popular topic ever on the largest creative outlet in the world. YouTube isn’t just your average county fair. It’s the biggest and most accessible place to share experiences and fun. Here at Apex, we’re more than happy to see that one of our favorite games has had such an impact on the world, and we’re hoping things won’t change. Have a great week!