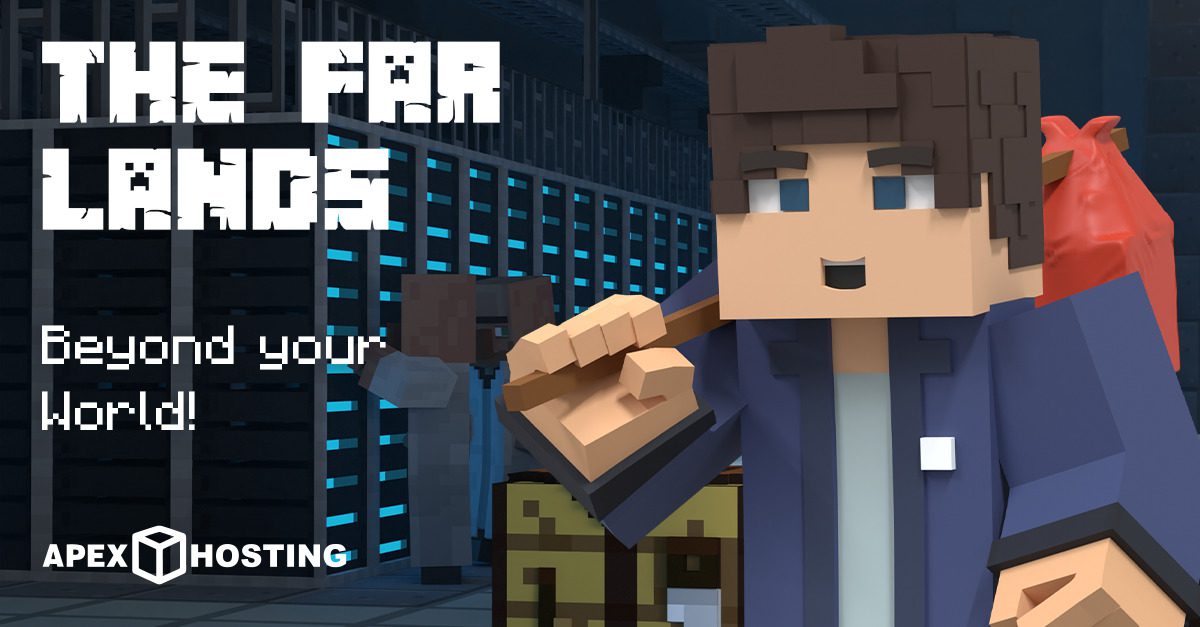 Once upon a time, back in the days of old, there was rumor of an unreachable land in the extreme distances of Minecraftia. Characterized by shattered world generation and glitch galore, the Far Lands are a distant land in the Minecraft world in past versions of the game. What caused the Far Lands to exist? 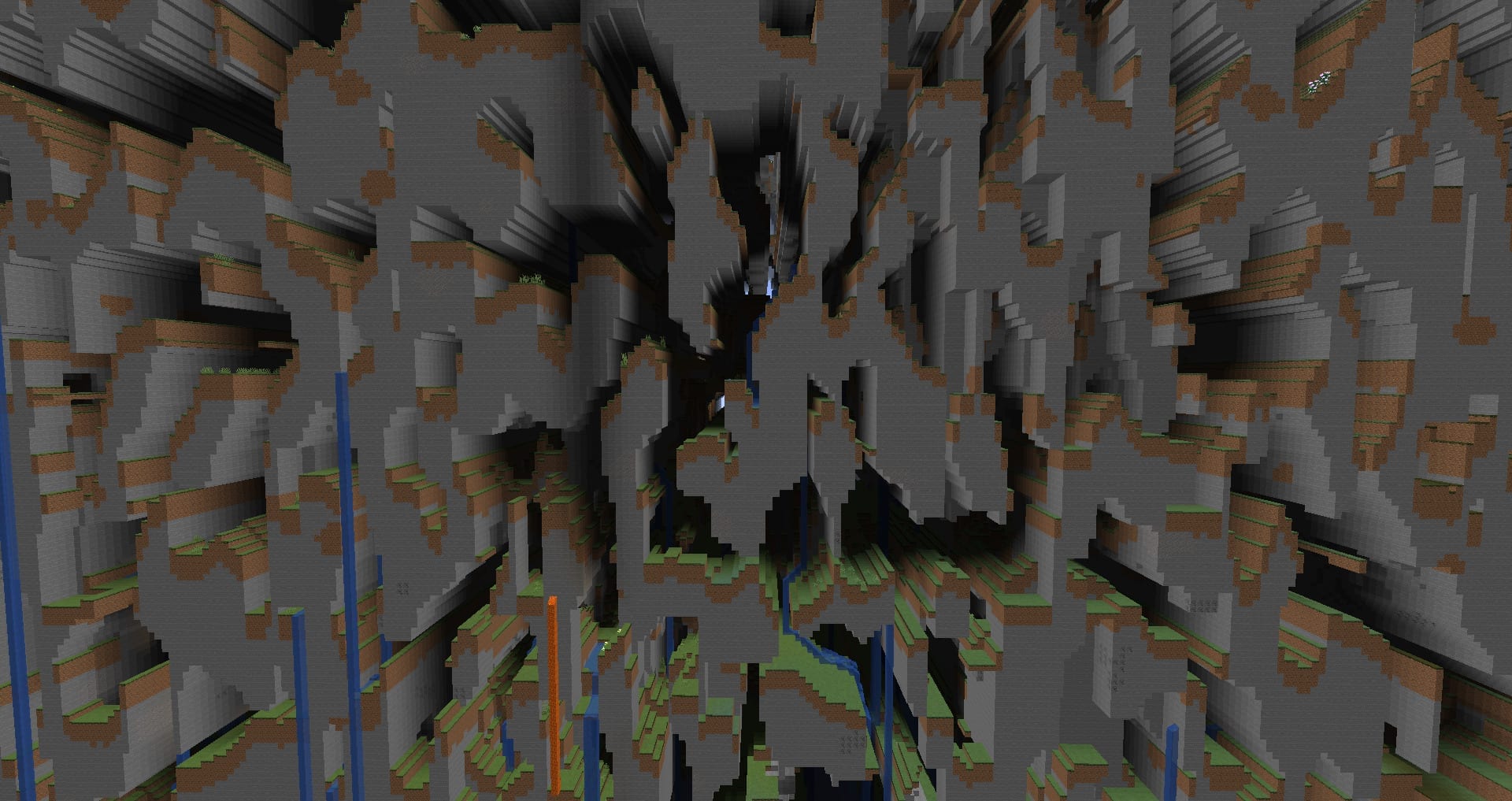 What is their significance to Minecraft and its community? Is there any real significance here, or is it just a glitch? We’ll be going over its history, along with some noteworthy moments that set in motion what could be perceived as an online culture around the phenomenon. Let’s get started.

What are the Far Lands in Minecraft?

The Far Lands consist of a glitch that breaks the typical world generation that occurred ever since Minecraft first introduced infinite world generation. This occurs at exactly 12,550,824 blocks away from the center of the map. In the original version of Minecraft, all the way up until Beta 1.7.3, a simple bug existed within Minecraft that allowed this kind of terrain to spawn.

When Minecraft generates its terrain, it’s generated using multiple octaves of what is known as ‘3D Perlin Noise’. This is a little hard to understand, but if you were to look at a Minecraft map from above, you can notice how the different elevations sometimes are based on colors. Some are higher than others.

So, why does the Far Lands generate at the random, seemingly arbitrary number of 12 million? It has to do with how precise that noise map itself is. For the noise map math, rather than each pixel or unit representing one Minecraft block, every 171.103 units represent one block. The reason for this is unknown. (to me, lol) This noise unit number increases by 171.103 per Minecraft block. It fails to make sense once it hits the 32-bit integer limit (a limitation of the software) of 2.147 billion. 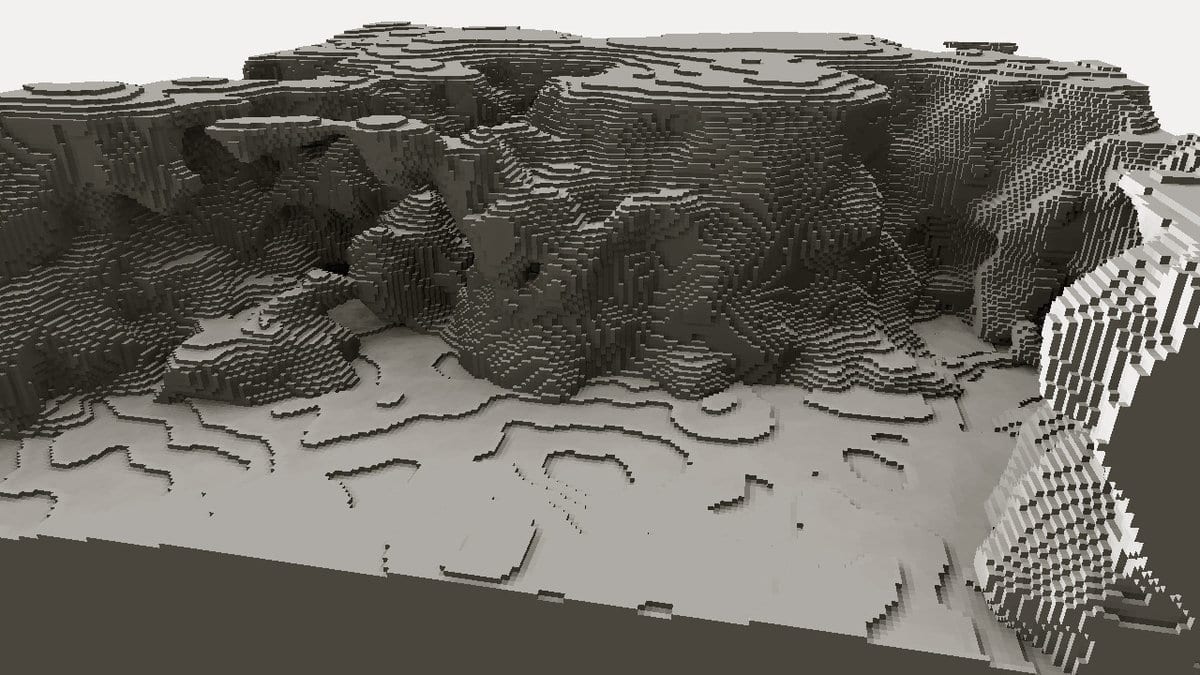 If you take that 32-bit integer limit and divide it by the unit per block, 171.103 you are left with the point where Minecraft falls apart: 12,550,824.053. It is possible for the Far Lands to generate within 3 blocks of this limit due to how numbers are rounded off in the equation, but generally this is how it works. After 32 million blocks, (well into the Far Lands) blocks stop being solid, and you just fall through them to your death. This is actually a Java limitation, which is a likely reason as to why the current world border is set to 30 million.

That is a simple explanation of how the Far Lands happened. Eventually, instructions were added to the terrain generation math that prevented the numbers from overflowing.

The Minecraft community has always seen the Far Lands as an interesting and magical place. There was something about the unintentionally vast chaotic generation that just abruptly started at a certain point that was endearing. A wall of crazed stone and dirt that broke the mold in what was the world generation. For a decade, yes, a DECADE, it was seen as impossible for players to even reach the Far Lands without commands, exploits, or hacks. Surprisingly, not too long ago, KilloCrazyMan, a Minecraft content creator, reached the Far Lands legitimately in Survival Minecraft. Most would consider this fake. That is, if he didn’t document the entire thing on multiple live streams. You can view the history-defining moment where he reached the uncontainable land here.

So how did the Far Lands receive its name? Basically, after discussing the mysterious land on Twitter for hours on end, the Far Lands was dubbed its name by Notch, the creator of Minecraft himself!

This was all the way back in 2013, but the tweet is still up and you can see all the past commotion for yourself!

The Far Lands are a really interesting aspect of Minecraft’s past and will always be remembered and loved by the Minecraft community. The mysterious and charismatic nature of the broken world generation is extremely interesting to even modern Minecraft players, to the point where people mod the game to restore their glory. Before I let you all go, I would like to credit Antvenom’s amazing video explanation of the Far Lands and its mathematics which were heavily used in this blog. The video is a little old, but it still holds up amazingly. Overall, there are tons of stories and events surrounding the phenomenon, and they will always have meaning. With that said, all of you have a great day!