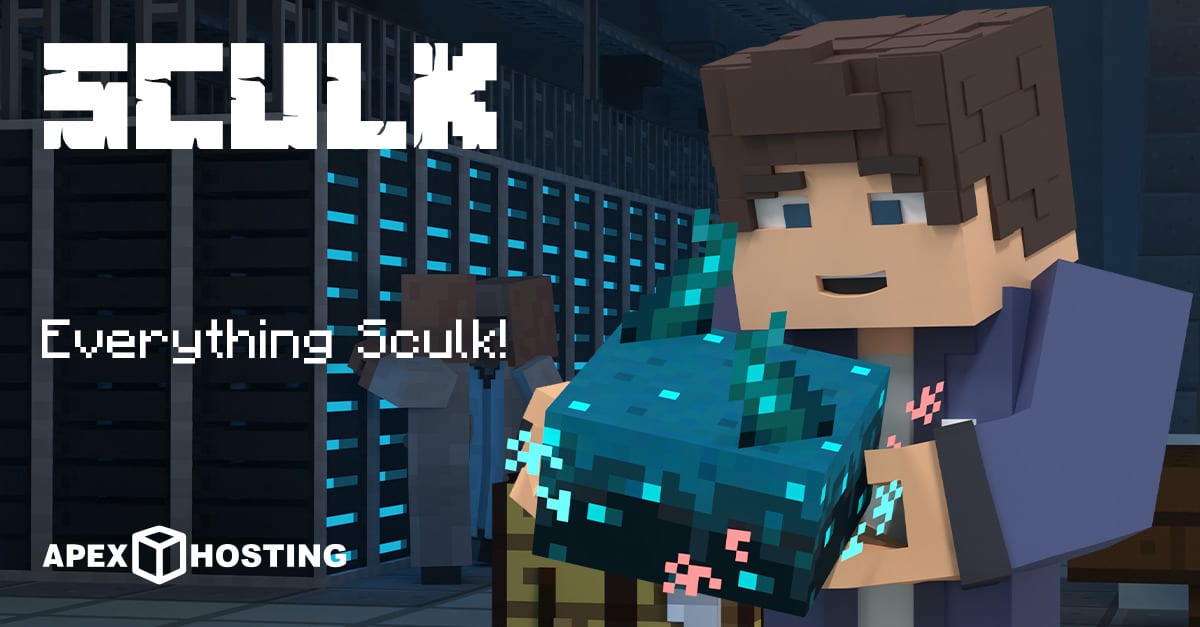 Here we are, not so close to 1.17’s release and I have nothing to talk about. So, in usual fashion, I’m going to go super in-depth on what little information we’ve been given from Mojang. In the latest snapshots, Minecraft has slowly added the features that were revealed at Minecraft Live for the Caves and Cliffs update. Although their descriptions and explanations are fairly in depth, we can always go deeper! That’s what this will be, today. An in-depth look at Sculk Sensors, everything surrounding them, and how they function. Let’s jump right in!

So far in the latest snapshot of the Caves and Cliffs update, there are only five blocks of the Sculk variety. There may be more or less in due time, but in the meanwhile, this is all there is. 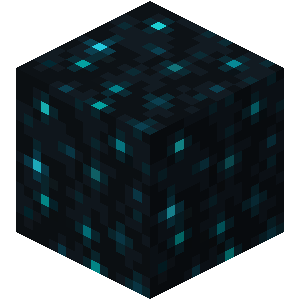 This block generates in the new mysterious cave biome “The Deep Dark” and has an animated texture. So far, it serves no purpose, but is expected to interact with redstone in some way. 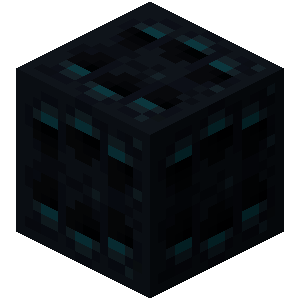 Just like the Sculk Block, it serves no purpose as of now. It looks different than the other Sculk blocks, not sharing those animated green/blue textures. It is expected to interact with redstone in some way. 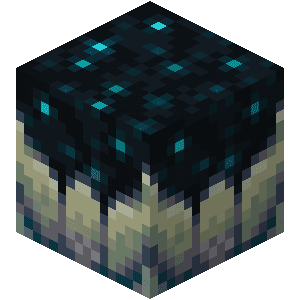 This block looks like it is made of Sculk blocks and bone material, but like the last two blocks, it also serves no purpose. It seems like this is just an environmental block that will surround Sculk Sensors. 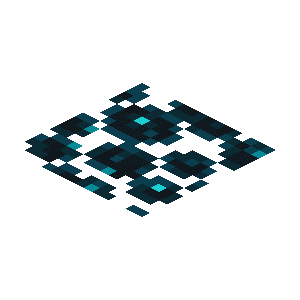 This is a layer block that spawns in the Deep Dark, with some of it being transparent, similar to leaves. This allows players to see the block it is on top of. It is expected to interact with redstone in some way. 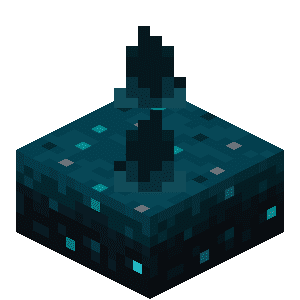 The Sculk Sensor is a block that can detect vibrations and emit a Redstone signal. It has a lot of mechanics and features that potentially unlock wireless redstone circuitry.

There are however, ‘silent-friendly’ motions that the Sculk Sensor will not detect such as sneaking, shooting/throwing projectiles, and falling. Sculk Sensors do not listen to vibrations created by other Sculk Sensors.

When Sculk Sensors receive a vibration, they make a noise and emit a redstone signal. The strength of the signal is inversely proportional to the distance between the vibration and the Sensor. That’s a bit complex to understand, but it just means that the fewer blocks the vibration is away from the sensor, the stronger the redstone signal becomes. 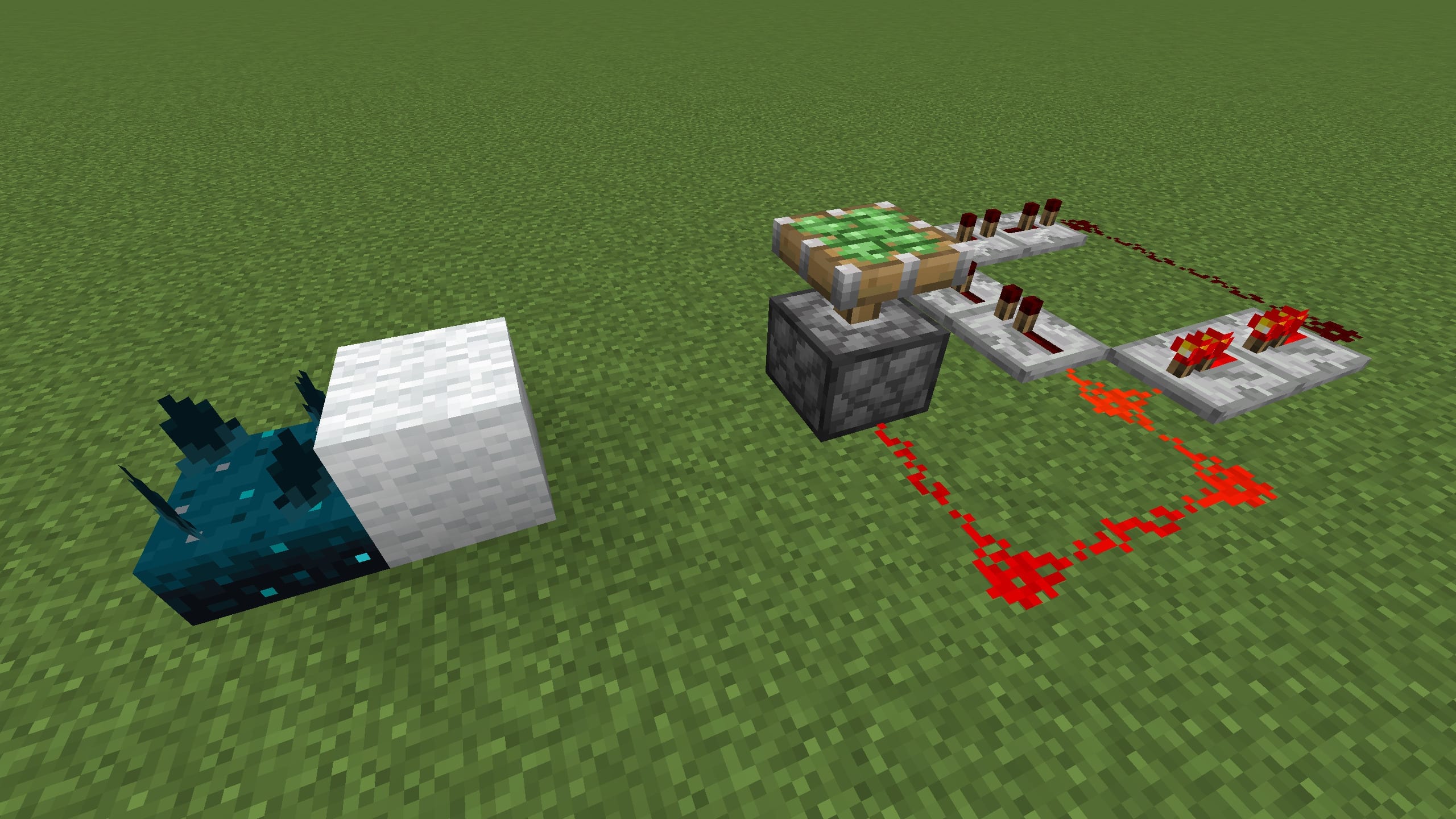 Wool has a special interaction with Sculk Sensors, whereif a wool block is in the way of a vibration, it will block the vibration from reaching a Sculk Sensor, the sensor will not be able to detect it. This can be used to isolate certain sounds in redstone contraptions.

So, this is an odd addition to Minecraft. Why did Jeb decide to add what is essentially wireless redstone? Well, I have no idea. But the wiki does! Apparently, Jeb wanted something that was similarly named to the ‘Shulk’ in “Shulkers” so he chose “Skulk” and then changed one letter. Very weird and convoluted, but we ended up with ‘Sculk.’

“Skulk” actually means “to move stealthily” and “keep out of sight” which totally contributes to the entire point of the new block. It also means “a group of foxes” but I’m just going to assume Jeb didn’t intend for that one.

All in all, Sculk is a pretty cool batch of blocks that are being added in the newest update. I’m sure that all of this will receive much more functionality in the coming months, but to be completely honest, it already feels very fleshed out when compared to the other portions of 1.17 like the archeology and Copper. I’m sure that there will be many more changes for me to report on, and with that said, have a great day!