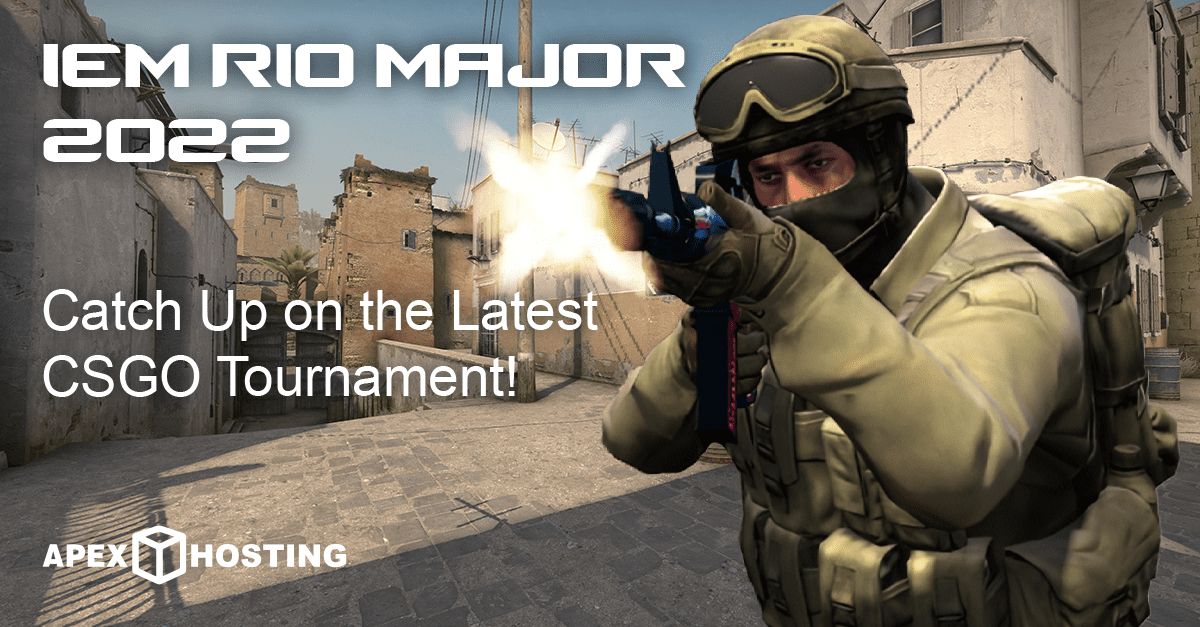 It’s that time of year again, another multi-million dollar Counter-Strike: Global Offensive tournament was held for the community. These events allow you to watch your favorite teams battle it out for an enormous amount of money. With that being said, a lot is on the line for these professional esport players, especially those who’ve fought in previous majors. Their reputation and pride are at stake, but the entire community appreciates every single contestant. There are fan favorites and returning teams to this particular major, reaching a total of 24 groups. Many CS:GO enthusiasts and spectators alike get excited when seeing their preferred player battling against rivals, leading to some significant hype. We’ll go through everything you need to know about the Rio Major 2022 event. Let’s begin! 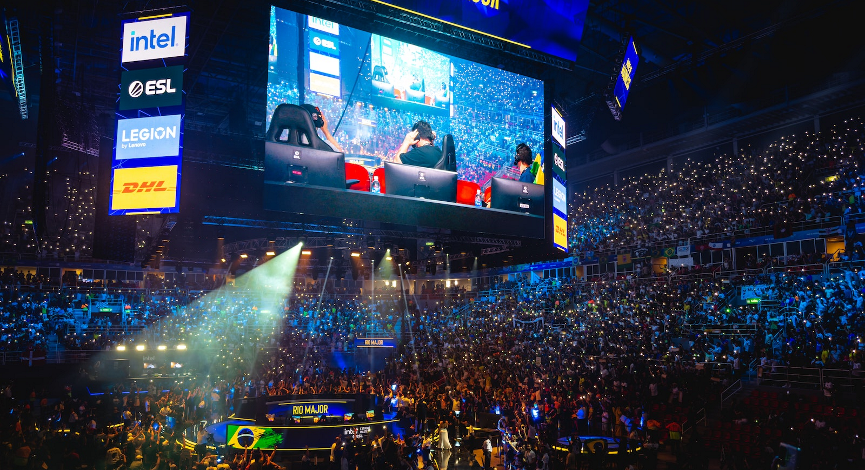 It’s no shocker that competitive matches are the foundation of CS:GO, as the community has been enjoying them since 2013. Over the years, there have been many majors like Stockholm 2021 and recently, Antwerp 2022. This time, Intel Extreme Masters (IEM) hosted the championship in Rio de Janeiro, Brazil, with 18,000 attendees and thousands more online for the first time in history. Just like any other official major, there are coins, stickers, and souvenir weapon skins to collect that show off your dedication. This, combined with thousands of interested players, lead to new market changes in CS:GO’s economy. The entire event influenced the game and its community for the better, but some may disagree. Regardless, these majors aren’t going to stop anytime soon.

Compared to its predecessor, Rio 2022 was considerably smaller with roughly 1.38 million viewers and an average of 545,000 people watching the matches. These are still impressive numbers, especially with the overwhelming amount of spectators at the arena. Those who weren’t at the actual event watched from Twitch, YouTube, SteamTV, or in-game from the broadcast.

As for IEM Rio Major 2022’s start date, the first official day began on October 31st and ended on November 13th. Within these two weeks, a grand total of $1,250,000 were spread among the professional teams. It goes without saying, but first place got a huge chunk of that, adding up to half a million dollars. Second place got a portion of $170,00, while the other teams won $80,000 to $45,000 depending on their performance. If you ask me, it’ll take a lot of piggy banks to hold all the cash. However, the prizes come with guidelines and rules to follow, ensuring the championship is fairly played. 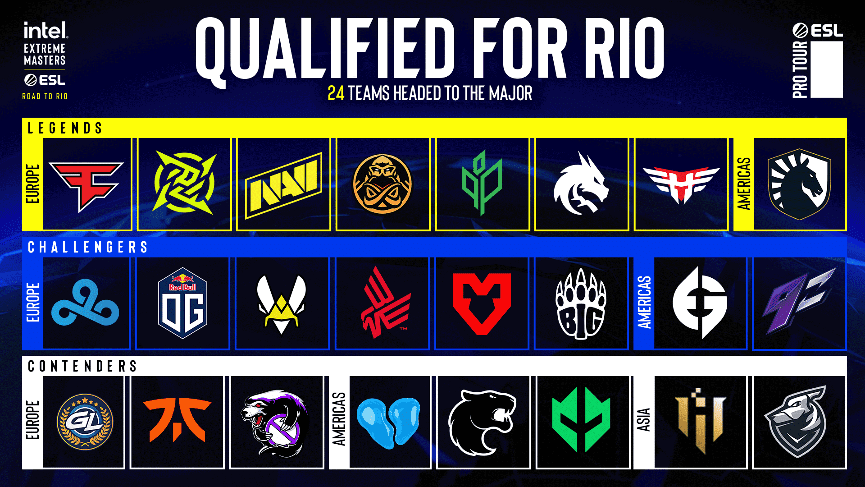 There isn’t any major without its qualifying teams, of which only 24 out of 52 can attend the event. It’s a long process to narrow down the groups, as there are three regions to sort through: Europe, Americas, and Asia. Luckily, the planners of these tournaments are smart enough to prepare, so the qualifiers started on October 4th. During these types of matches, the Swiss System Format is used to determine who advances to the championship. It works by disqualifying the bottom half teams after many best of three (Bo3) matches. These games are created through the Buchholz System, designed to evenly distribute groups into them. This tends to be the “go to” for every CS:GO major, including future ones. As for each individual qualified team, review the IEM Rio Major 2022 wiki to learn more.

Similarly to the qualifier matches, the same format applies to two event stages: Challengers and Legends. These are the main ones that lead into the Champions, which has a single-elimination format. Due to the number of teams, the first two stages have 16 groups each with the last only having eight. However, there’s a bracket of teams called Contenders that fought amongst themselves to advance in the event. Some of them got placed in the legends or challengers category, while others simply couldn’t progress. Once the teams are ready in their respective stages, the fight begins! 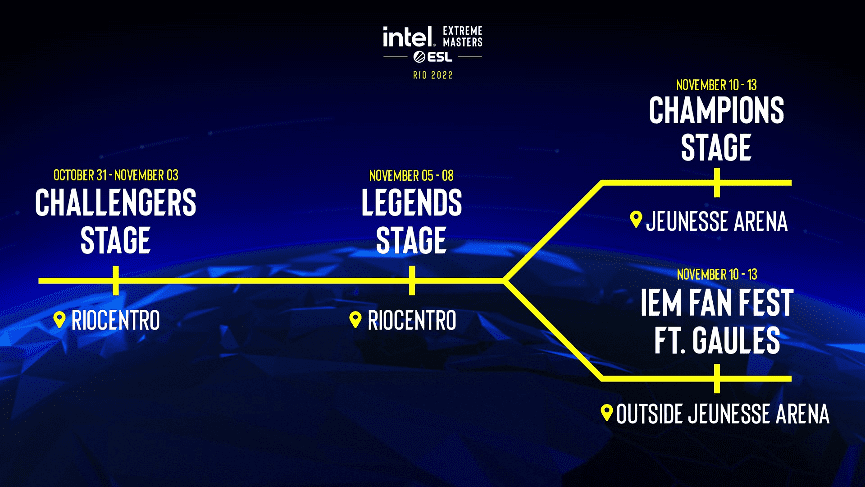 Challengers Stage – This is the first wave in the major, with its 16 teams facing off in battle. It started on Oct. 31st and ended on Nov. 3rd, resulting in eight teams advancing to the next stage. Remember, these games are played to Bo3 and eliminates the bottom half of groups. In this particular portion of the major, MOUZ and Bad News Eagles went undefeated. The other teams unfortunately lost at least one match, but some still advanced.

Legends Stage – Almost exactly the same as before, this stage has 16 teams fighting it out. They’ve been selected from the previous wave and already had existing players in it, due to other matches. Any of these teams that win will advance to the grand finals, making this an extremely important bracket to take home. It all started on Nov. 5th and ended only two days later, with Cloud9 and FURIA Esports not losing any battles against their opposition.

Champions Stage – The last part to Rio 2022 is this stage, with only 8 teams competing for the max prize of $500,000. This is split up into three sections: Quarterfinals, Semifinals, and Grand Final. The first one has every team against another, totaling to four brackets. The winner from these matches advances to the semifinals, with only four teams remaining. Finally, the last one comes down to only two teams to win it all. The Champions stage started on Nov. 10th and ended three days later in a blaze of glory. Two notable teams went undefeated in the first section that surprised the entire Counter-Strike community, Outsiders and Heroic.

Fan Fest – There is one last aspect to this major, where fans come together and have a wonderful time. This is called a Fan Fest and is outside of the Champions arena, used to meet team members, purchase collectibles, lounging around, and obviously food trucks. Spectators can’t watch on an empty stomach! Besides this, there are other activities to immerse everyone in Brazilian culture. Yes, this isn’t a stage but was a big part of the event and its attendees.

Briefly mentioned somewhere in this blog, every major has stickers to represent the teams and their players. These are sold directly in CS:GO, with most being opened in capsules. This kind of activity promotes growth in the game’s economy, which plays a crucial role in the community. Almost every player has stickers of their favorite teams, so many people rush to buy them when a major happens. These cosmetic items can be placed on weapon skins to create interesting “craft” designs. This is also a time for investors and/or collectors to make their purchases, as these stickers will not be resold in the future. I don’t by any means advise you to buy anything, especially since it’s better to save up. However, if you’re rich or slightly crazy like me, then make sure to plan it out during these kinds of events. 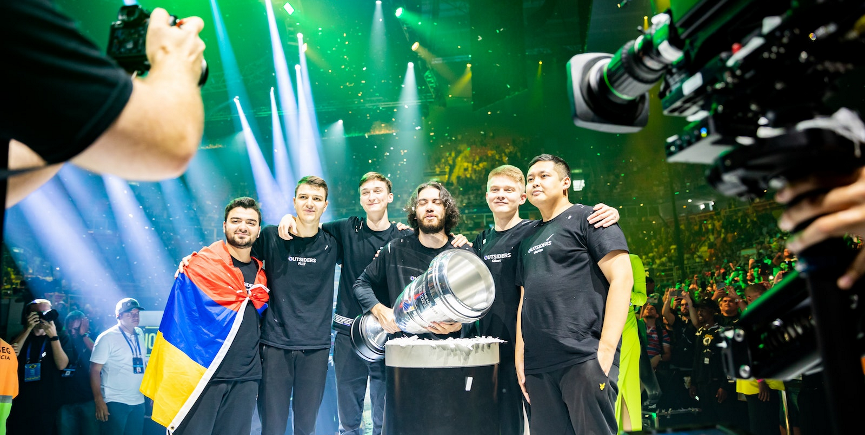 In these intense battles, many have fought for their lives. This isn’t an understatement, as there is a lot of money involved. Unfortunately, only one team can take home the grand prize. This exactly happened, Outsiders, previously known as Virtus.pro, won it all in the Champions stage. Sure, the money is really good for them, but the community has something better: respect. This team not only won cash and a trophy, but honor from the entire CS:GO playerbase. As for the other groups, review the table below to find out about them.

Counter-Strike will always live on, especially with hundreds of thousands of players continuously being active in-game. Following this, there’s of course going to be another major championship in the future. In fact, there’s already one planned out! Introducing IEM Katowice 2023, which is expected to follow the same system and stage formats. These kinds of events are what keeps the game alive and shows players how intense matches can be. However, at the start of them, it was just old-fashioned LAN party gaming sessions. At this point in time, many professional and normal players treat these majors like the Superbowl, so don’t miss the upcoming events next year.