Minecraft has an ever-expanding world with beautiful landscapes, awesome biomes, amazing structures, deep caves, and more. Sadly, not all of those are in the same place all the time. In fact, it’s fairly typical they’re as far away from each other as possible. This leads to tons of tiring sessions where the player does nothing but walk in a straight line for minutes to hours. Introducing Waystones! A mod that has placeable structures that allow the player to fast travel at a cost. Today, we’ll leave you with everything you need to know about Waystones and how they work.

Waystones is a Forge mod created by BlayTheNinth with credit as the mascot given to CFGrafanaStat for all versions of 1.12, 1.14, 1.15, and 1.16. It’s an extremely popular mod with over 32 million downloads! Hot!

Waystones is a fairly simple mod that adds in a small structure called Waystones. Waystones can be placed down and activated to form a fast travel point, and then can be used to travel to other Waystones. They are very vanilla feeling, and like some other popular lightweight mods such as Iron Chests or Appleskin, some believe it should be included in vanilla Minecraft.

To play with any Forge mod, you’re going to need to download forge. It’s fairly simple and automated, so here’s the steps.

Once this is fully uploaded 100% 1/1 files, you can click on the name of your server at the top of the page and start your server back up.

Waystones are 1×2 blocks in size, and have very simple functionality. Placing a Waystone down will allow you to name the Waystone, but opting out is a valid option as the Waystone will name itself some arbitrary cool sounding word. If a Waystone is renamed, anyone who has said Waystone on their list will need to re-add it as it will be removed. 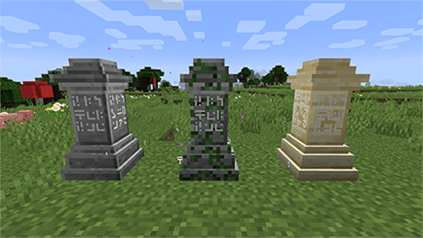 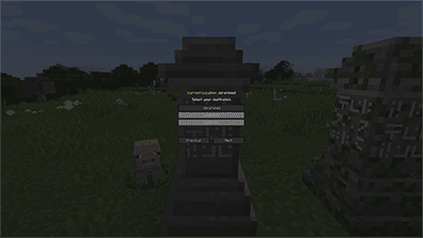 Placed Waystones will always be activated for the person placing them, but other players will need to walk up to and right click the Waystone to add it to their Waystones list. The Waystones list can be accessed by using a Waystone, Scroll, or Warpstone. More on those later.

By default, using a Waystone requires experience points depending on the distance, but this can be configured. When considering inter-dimensional travel, not how the Nether travelling in the Nether equates to 8x the distance it does in the Overworld. This could make for some expensive transportation if you aren’t careful with your placement. 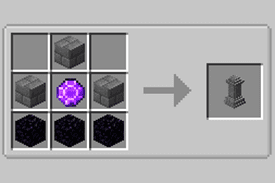 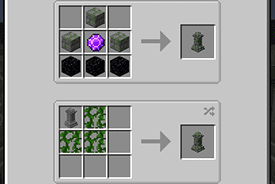 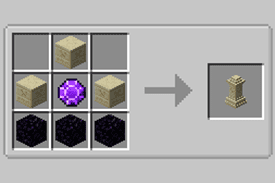 As for acquiring Waystones, not only do they naturally spawn in villages, but you can craft them as well. This is done using a Warpstone and different types of blocks depending on which variant you may want. 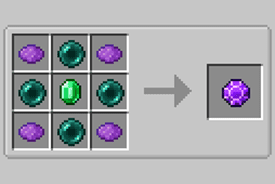 Scrolls are consumables that can be used like a Warpstone in the sense that they teleport you to Waystones. Each one has different properties and is used in a different way.

Return Scroll – When consumed, teleports you to the nearest Waystone.

Bound Scroll – Can be bound to a specific Waystone by right-clicking the Waystone. When consumed, teleports you to that Waystone.

Warp Scroll – When consumed, a UI will appear that will allow you to teleport to any Waystone on your Waystone list, just like a Warpstone.

That’s everything for you! A common trend with these mods is that the most popular mods tend to be simple yet efficient in what they manage. Waystones creates an awesome mode of transportation that fits in with the vanilla aesthetic and doesn’t break the progression of the game. It’s also highly configurable so you can remove, change, or rearrange how you would like the mod to perform. All in all, a great mod and a great addition to any modpack. I hope this page helped you learn something new, and with that said, have a great day!

Server is crashing on startup
This can be due to multiple issues. Most commonly this is caused by a duplicate mod, missing dependency mods, or incorrect mod versions. Waystones has no dependencies.

Server is stuck loading
Many times when modifying the server, the server will need to be confirmed before it will fully start. This happens a lot especially when you remove or add mods. Most of the time in console, you will see Missing Mod ID’s errors. All you need to do to resolve this is type /fml confirm in console.

Duplicate Mods
You can detect a duplicate mod from the console pretty easily. You will see an error that says “Duplicate Mods” with the mod name listed underneath it. Simply go into the FTP File Access, the mods folder, and delete the extra mod.

Missing Dependency
To detect if you have a missing dependency mod, head into the console where you will see an error code that reads something similar to The mod NEI (Not Enough Items) requires mod [JEI] to be available From this error, we can see that the missing mod is JEI. You will need to add the mod into the server in order for the server to work again.

Incorrect Mod Version
Detecting if the mod is the incorrect version is pretty easy. It will almost always display an error stating that it is for a different version of Forge. It will look similar to File jei_1.12.2-4.15.0.268.jar is for an older version of Forge and cannot be loaded. If you have this issue, make sure that the mod you are using has an update for the version of Forge you are running. If it doesn’t, then you won’t be able to use the mod on your server.