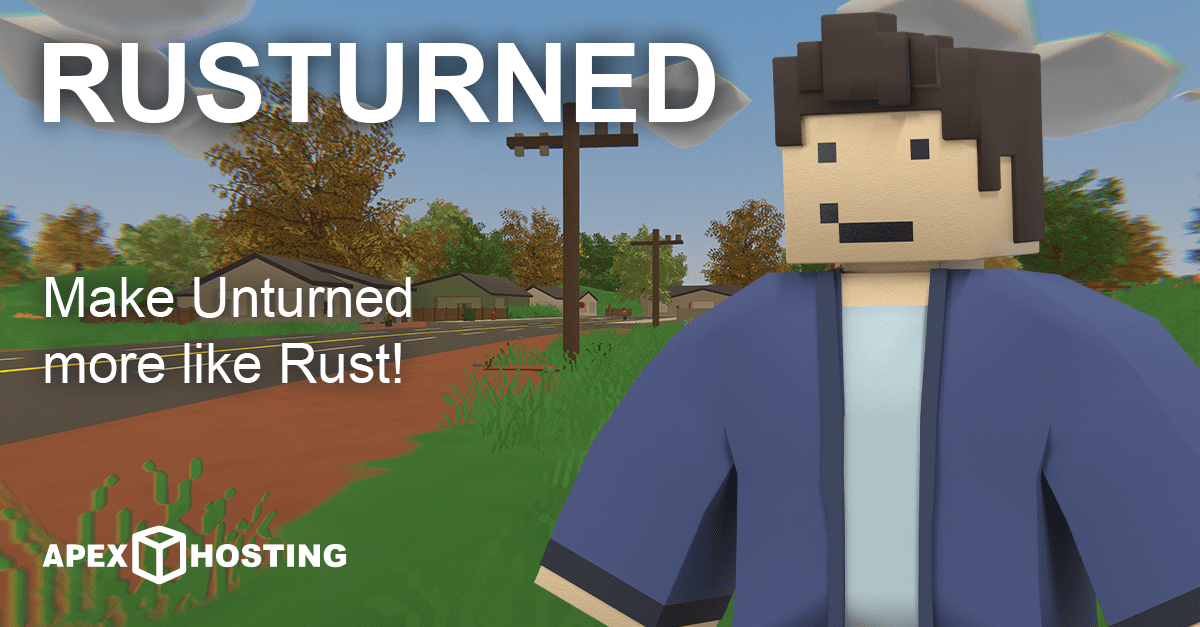 We’ve talked about modding Rust to make it more like other games, but what about modding other games to be more like Rust? Rusturned is a mod for Unturned that aims to transform many mechanics in Unturned to be more similar to Rust. This includes changing basic features like the UI along with adding new ones like constant bleeding. Today, I’m going to show you this awesome mod, its features, and also how to hop in yourself. Let’s begin.

Rusturned or ‘Unturned Rust’ is a combination of an Unturned mod along with a custom map that aims to bring a new experience to Unturned that is heavily inspired by Rust. This is done by adding new mechanics, content, and features directly from Rust to change gameplay. 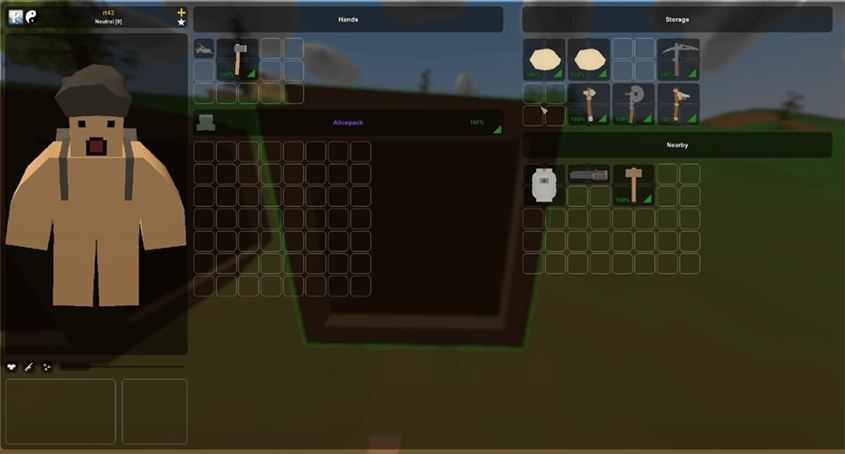 Just like Rust, one of the foundational features of the gameplay is gathering minerals. Break rocks or barrels with some of the new tools added to gather metal fragments, shards, and gemstones for the sake of crafting. Use all of the classic Rust weapons like the crafted axe, salvaged axe, stone pickaxe, savage pickaxe, and a few more! Next, some food is also added to the game. A simple yet appreciated addition of corn and corn seeds. Simply farm Corn just like any other crop, with the harvest granting corn and cloth. Quite useful! A Waterbag is added which is a simple water container that can be refilled using rain catches. This mod even adds in many of the famous Rust firearms! They are incredibly faithful to their original counterparts, even having the same exact sounds. 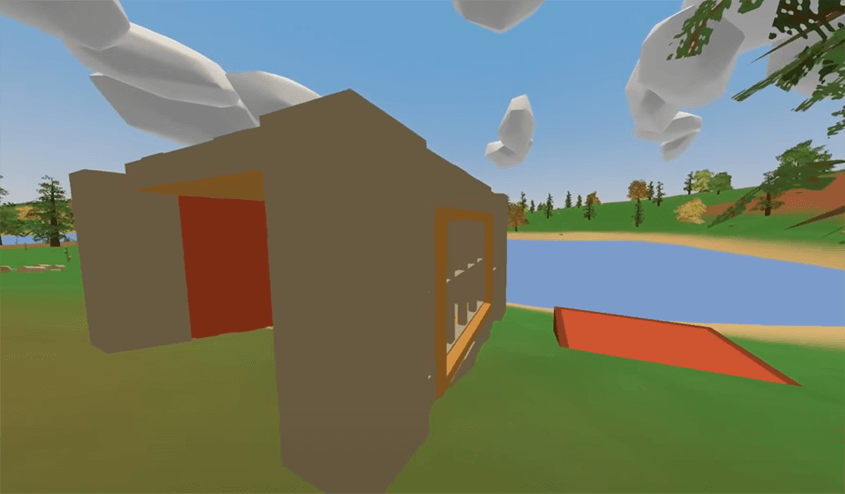 A major change made to gameplay has to do with the base building. Builds have been changed to have different models from Vanilla, to have a similar aesthetic to Rust basebuilding. The new metal has a reddish color, most likely to mimic the rust on Rust’s basebuilding. (haha) The metal buildables also have yellow accents on the inside and on the windows. Very cool!

In Rusturned, you can expect many new changes to gameplay involving new features, a fully customized map, and so much more.

You can then play on any server you would like, depending on your preferences. When you join the server, Rusturned will automatically install while you load in. Now if you’re interested in hosting your own server using Rusturned, check out our guide on how to set up a modded Unturned server. If you’re not really up to the tech savvy aspects of hosting your own Unturned server, consider using a server host like Apex Hosting. With our 24/7 live tech support and easy to manage control panel, everything can be handled for you.

That’s the whole mod! Rusturned is a great experience for Rust fans who are also looking for a different experience in Unturned. Although it doesn’t change gameplay too much, its clever implementation of mining mechanics and added features are simply nostalgic. In any case, I hope this blog helped inform you, and have a great day!