The Walking Dead, The Last of Us, The Mist. One of our worst fears as humans revolve around the concept of a parasitic, malformed recreation of living creatures. It haunts us, to say the least. Scape and Run: Parasites incarnates this fear in the form of multiple parasitic monsters, some of which are based on preexisting mobs. It’s truly horrifying, and it induces whatever the opposite of nostalgia is. Today, we’re going to go over how to download and install the mod, along with everything it entails. Let’s begin.

Scape and Run: Parasites is a parasite mod made by Dhanantry with model assistance from MoonlitLamps and skarrier__ along with author credit given to MainStun. It’s a mod that revolves around parasitic mobs that spread their infection by attacking other mobs, which can then evolve into dangerous and massive monsters which terrorize the world. It’s become fairly popular in recent due to multiple youtube videos surrounding it.

Your mission as a survivor is to destroy all parasitic beings before they have the chance to evolve by killing mobs. Scape and Run: Parasites has over 270,000 downloads on its official curseforge page, and it’s one of the best horror mods out there!

To play with any Forge mod such as Scape and Run: Parasites, you’re going to need to download forge. It’s fairly simple and automated, so here’s the steps.

Now that you have Forge installed, you can download and play any mods you like. Because we piggyback new trends, we’re choosing Parasites.

Once this is fully uploaded 100% 1/1 files, you can click on the name of your server at the top of the page and start your server back up.

Parasites can simply be described as any creature or entity added by the mod. They are gross, hostile, and infect almost every other vanilla mob to grow in power. Sort of like a zombie virus, they will spread in numbers through infection. Unlike zombies, they don’t just use sheer numbers, but rather combine to form more powerful parasites with unique abilities. Let’s go over what types of monsters you can expect. 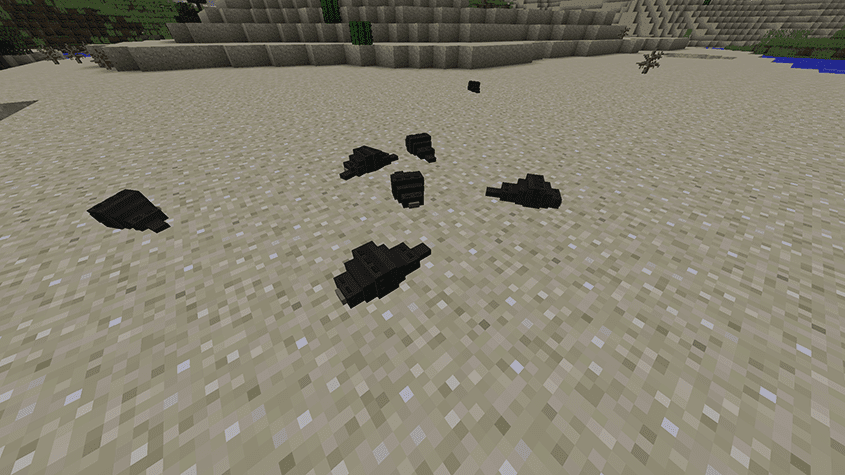 The weakest parasite, only being able to nibble at your feet. They are about as strong as a Silverfish, but their main goal isn’t to fight you, it’s to grow. If a Buglin is allowed to live for 60-150 seconds, it will transform into a Rupter. 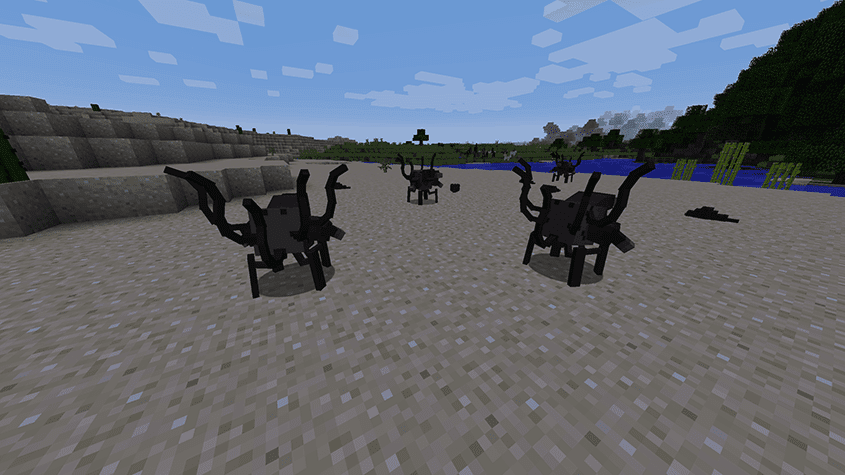 Rupters are the evolved version of Buglins, but they can also spawn in the darkness, bypassing this stage. They are the second step in the parasitic evolution tree, and their sole purpose is to convert vanilla mobs such as Sheep, Pigs, Cows, Wolves, Villagers, and Zombies into parasitic versions of themselves. 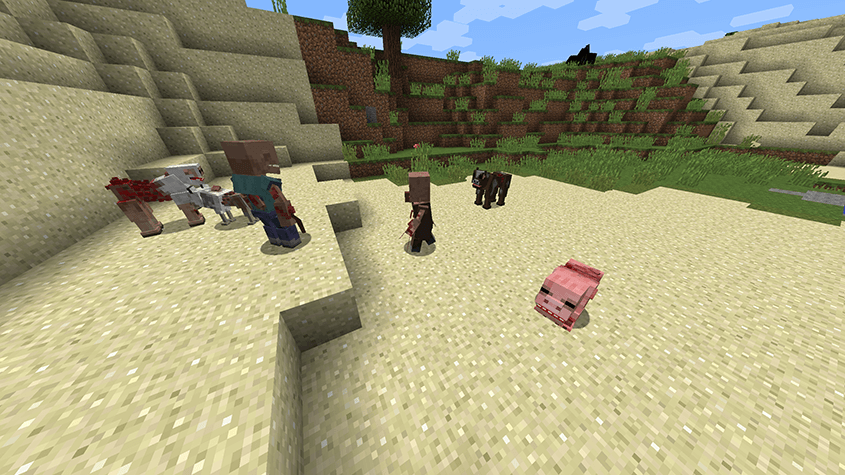 Converted/infected vanilla mobs are hostile versions of the normal ones. They have a relatively high chance of spawning on more parasites upon death. The spawned parasites can range from Ruptors, Buglins, to even the decapitated head of said mob running around with legs. Gross!

These parasites can also spawn in something called a Beckon upon death. More on the Beckon later.

Primite Parasites are the next stage in the parasite evolution. To spawn, the parasites must use something called the Merge system. This is where one infected mob kills five other mobs and then is placed next to three other separate infected mobs. All four mobs will then melt down into ‘Living Flesh’ and then merge into a single being. This single being will then take the form of a random Primitive Parasite. Even just writing about this process makes me want to puke. 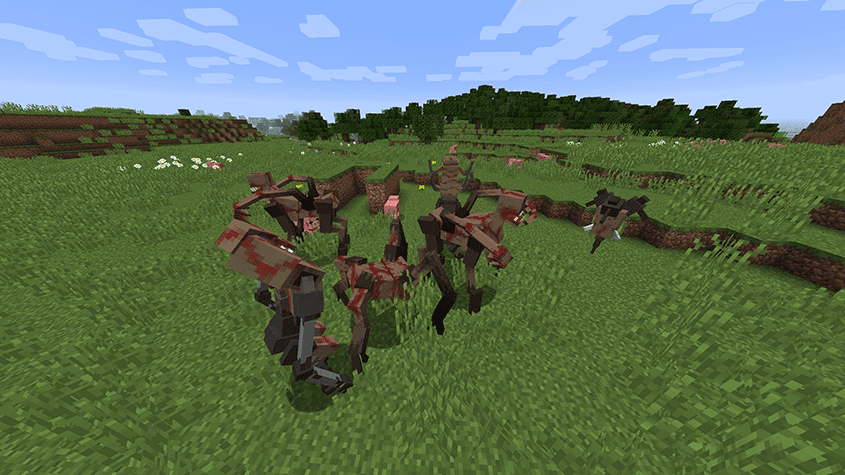 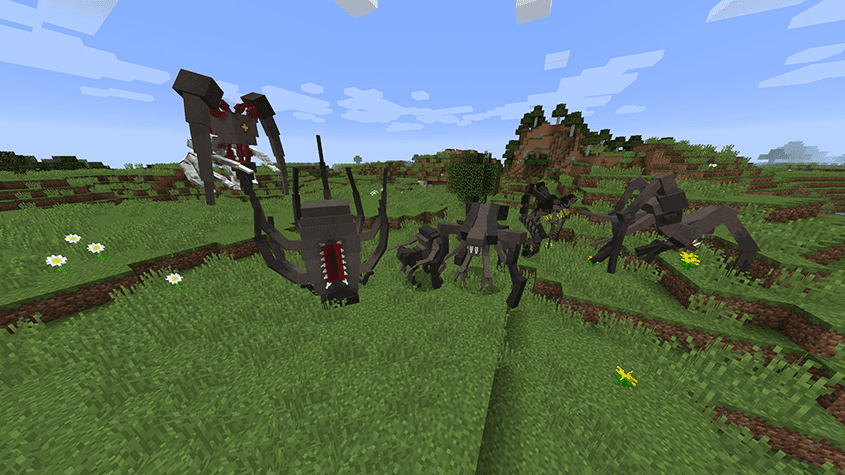 There are 6 different Primitive Parasites with different adaptations and abilities. Each Primitive mod also has an ‘Adapted’ version. To reach the Adapted stage, the Primitive parasites much achieve 10 kills. This will allow some higher base damage and other improvements upon the original form.

On top of all of this, Primitive mobs can sometimes leak infected block residue and spawn Beckons. Again, more on these later. 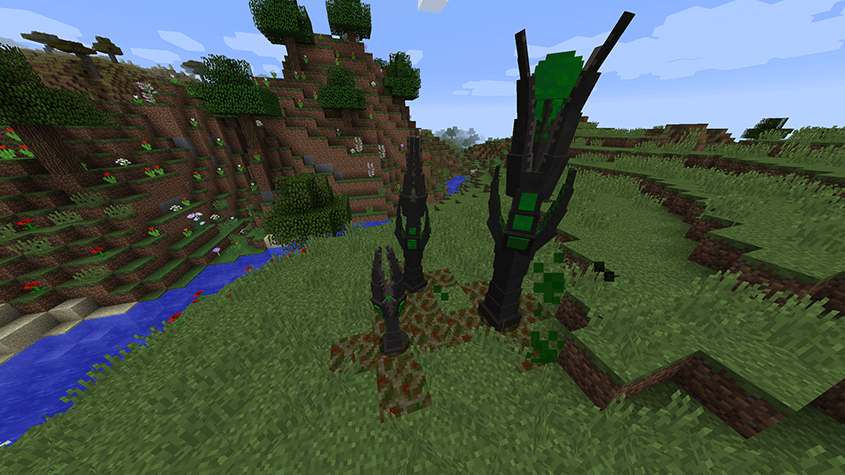 Any parasite has a chance to spawn a Beckon upon death. They are stationary parasites that spawn other parasites. It is crucial that you destroy the Beckon in its first stage, as it will quickly become more dangerous as it is allowed to exist. Beckons have three stages.

Stage 1 – The Beckon will only spawn Rupters if something triggers its defense mechanism. It also has the ability to turn some blocks around it into infected blocks. These blocks can also spawn unique parasites.

Stage 2 – It takes 240-300 seconds for the Beckon to turn into its second stage. In this stage, the Beckon will now also spawn Infected Mobs and an exclusive mob called the Flying Carrier. Basically, a flying parasite which kamikazes you. Its terraforming capabilities are also increased, allowing it to convert more blocks around it into infected blocks.

Stage 3 – It takes 300-360 seconds for the Beckon will grow into its final stage. The Beckon is now capable of spawning every parasite mentioned so far including Primitive parasites along with a few more exclusive mobs. Its terraforming capabilities are further enhanced, converting even more blocks into infected blocks and allowing said blocks to deal more damage.

If you manage to kill a Stage 3 Beckon, there is a 50/50 chance to spawn an Ancient Parasite. There’s also a mechanic that cleans up the infected blocks once the Beckon is defeated.

There are only two Ancient Parasites at the moment, both of which are incredibly powerful and dangerous. They are one of the many reasons why you should never let a Beckon evolve into stage three. 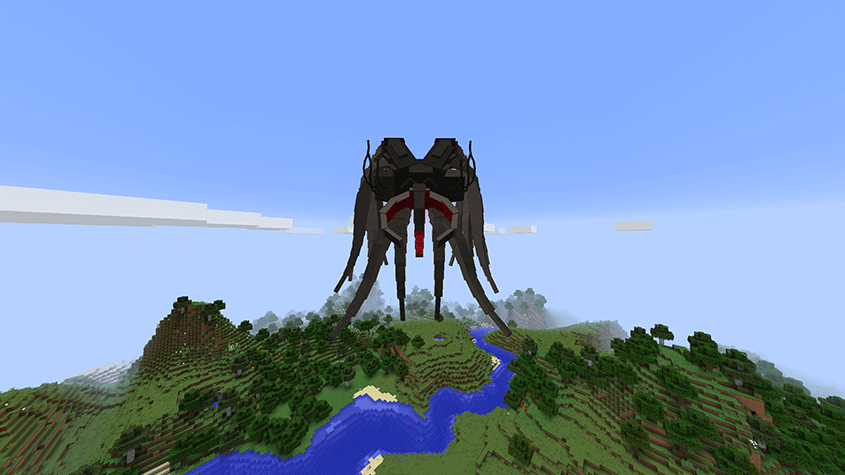 A giant flying Ancient Parasite which shoots projectiles that apply Wither. It also has an attack which spawns in reinforcement bugs which then spawn in further parasites. 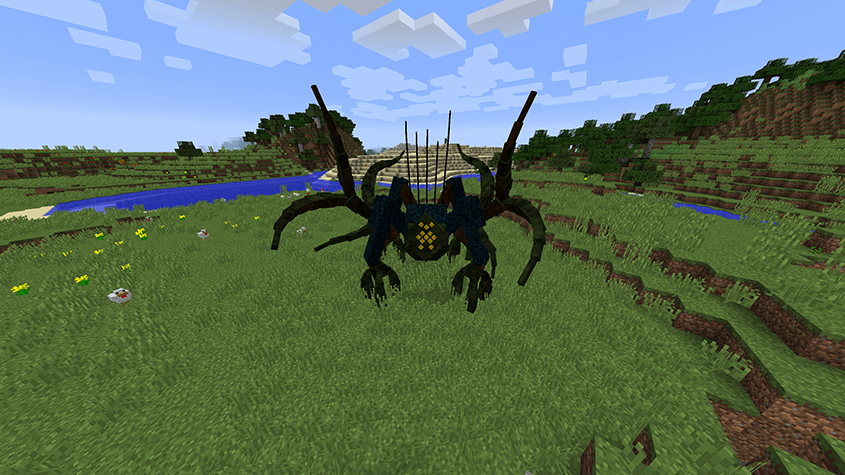 Currently just has a normal melee attack, but still has massive damage, health size, and size. A force to be reckoned with.

There are two types of blocks that are a result of the parasites’ meddling. Both are fairly dangerous, so watch out. They are mainly caused by Beckons and Primitive parasites.

Residue – A sort of layer, like snow, which doesn’t do much. You still shouldn’t walk in it, that’s gross!

Infested Blocks – The blocks that Beckons create which can spawn parasites. These blocks will also slowly damage you over time. As explained before, destroying the Beckon will clear these blocks away. 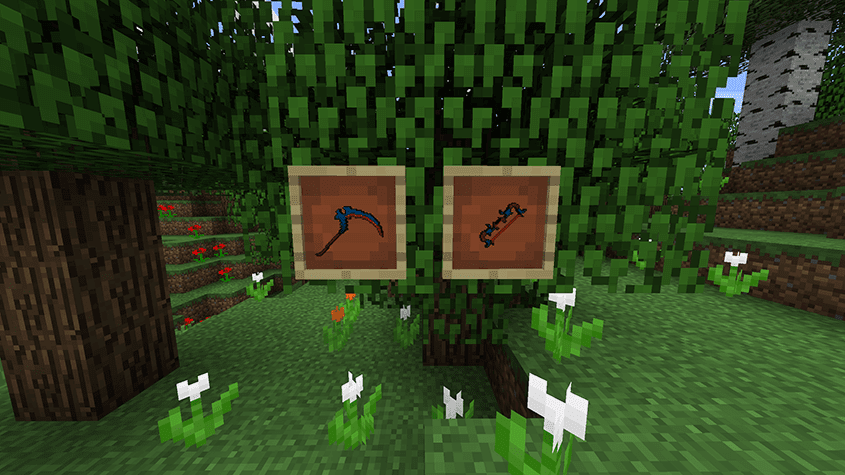 There are two weapons in Parasites. A melee weapon, and a ranged weapon. By picking up chunks of parasites and mushing them together, you can get some insanely powerful tools to do it some more.

The Living Scythe – A huge scythe that does 17 attack damage with an attack speed of 0.8.

Neither have special properties or anything, but they’re just really good options as weapons.

That’s everything! Scape and Run: Parasites is a very interesting and sometimes horrifying mod that will really give you a run for your money. I like the original mechanic of parasites gaining power and growing in size over time. It really adds to the urgency of a situation when you see a Beckon or a group of parasites infecting some mobs. In any case, I hope you learned something from this guide. With that said, have a great day.

Server is crashing on startup:
This can be due to multiple issues. Most commonly this is caused by a duplicate mod, missing dependency mods, or incorrect mod versions. Parasites has no dependencies.

Duplicate Mods:
You can detect a duplicate mod from the console pretty easily. You will see an error that says Duplicate Mods with the mod name listed underneath it. Simply go into the FTP File Access, the mods folder, and delete the extra mod.