How to Use Effects in Minecraft 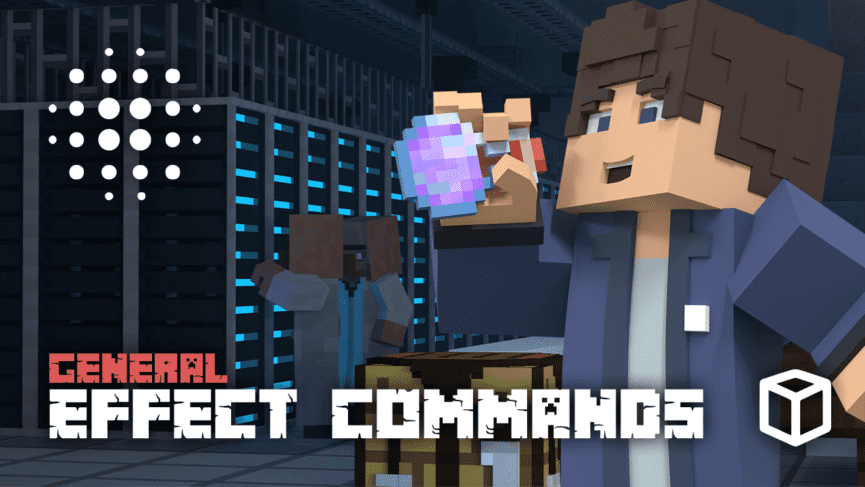 Players in Minecraft likely encountered effects from items or in-game events, causing positive or negative outcomes. These can be used for advantages in survival mode, such as strength or speed. However in some cases, server owners may want to set up automatic or overpowered status effects for their players. This is done through commands, which are highly customizable and have no level limitations for them. Using this ability is mainly for minigames, hardcore mode, or to mess around in-game. Although, the exact command usage varies depending on your desired goal and can be difficult to execute due to specific settings. It involves knowledge regarding the effect IDs and other values, which can be combined to make custom results. Keeping this in mind, let’s explore this Apex Hosting tutorial to learn how to use effects in Minecraft. 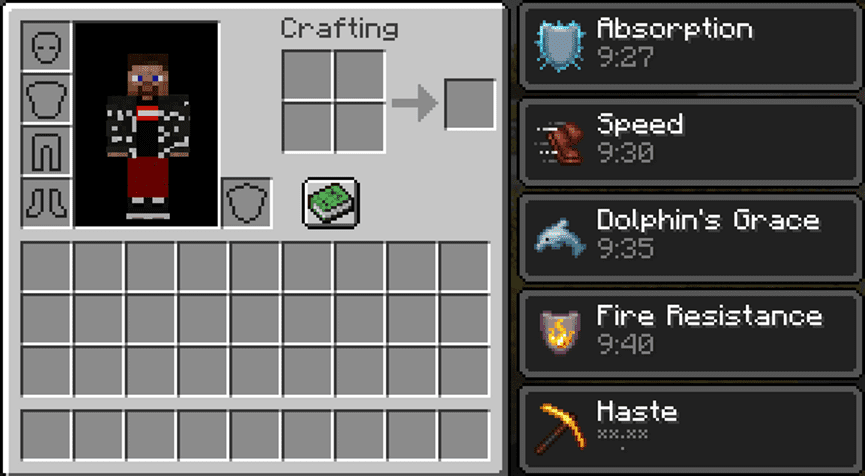 Since 2013, the effect command has been around for players to use for a variety of reasons. It requires cheats in Singleplayer and Operator for servers, as this allows for advantages that default players cannot access. Additionally, these effects can be used in Command Blocks for an automatic system to constantly give them to users. Knowing this, we’ll review the effect command usage in-game for Java and Bedrock versions to get you started.

Before we dive into the examples, it’s important to understand there are two versions of the command depending on your Minecraft version. Make sure to confirm the exact one you’re using, then review the corresponding example for your reference.

For Minecraft versions exceeding 1.13, use /effect give [targets] [effect] [seconds] [amplifier] [hideParticles] in-chat to run the command. However, the amplifier and last value aren’t required, as these are optional settings to apply. For example, using /effect give Neme speed 120 gives the player speed for two minutes. Although, this effect isn’t a higher level since the amplifier isn’t defined. If you add “2” after the seconds, then it’ll apply speed 2 to your character.

Minecraft versions under 1.12 use the /effect [player] [effect] [seconds] [amplifier] [hideParticles] command in-chat to run it. As previously mentioned, the amplifier and last values aren’t required to apply an effect to your character. However, if you’re wanting strength 2 as an example, then enter /effect Neme strength 120 2 for that. This allows for two minutes worth of the status effect, which can be any amount of time you want. Although, if you wish to hide the particles then add “true” after the amplifier value.

Unlike the Java edition of Minecraft, Bedrock only has one effect command to use across its many game versions. The format is /effect [player] [effect] [seconds] [amplifier] [hideParticles] and requires it to be used in-chat, just as other commands. An example for overpowered jump boosts is /effect EnderX jump_boost 60 5 true and only lasts for one minute without particle effects. This is using level five, but can technically be 50 if you really want to jump high.

As for removing effects off your character, there are two commands for Java and one for Bedrock. For Java 1.13 and above, use /effect clear [targets] [effect] and for anything under 1.12 use /effect [player] clear. If you play on Bedrock, then you can use the same 1.12 command and it’ll remove all effects. Otherwise, players can drink milk from a bucket to erase them.

Unable to Use Effects
If the effect command isn’t working on your server, then make sure you’re the operator or have admin privileges. This can be done by using op [player] from the Console in your Apex server panel. This is also applied for Bedrock servers, but if it’s singleplayer then make sure cheats are enabled. Otherwise, the problem might be that you’re using the wrong command usage. For instance, players cannot use Minecraft 1.12 effect commands on 1.13 and higher. Confirm the version you’re on, then try using the correct one in-game to see if that works.

Cannot Remove Effects
If you’re unable to erase the status effects, then double-check the game version you’re on. As previously mentioned, Java has two variants of the effect command. Make sure the right one is being used in your server or singleplayer with cheats. Alternatively, you and other players can drink milk from a bucket. Obtaining this requires right-clicking on a cow with an empty bucket.

Inability to Set a Custom Duration
Unfortunately, Minecraft limits how much time a player can have a status effect. If it goes above a specific amount, then it’ll be permanent on their character. With this said, there isn’t a vanilla (default) method for changing it. However, it might be possible with plugins or mods if you find the right ones.