How to Install and Use LiteLoader Mods

Minecraft mods offer a fantastic way to spice up and add new features to your Minecraft game. Using mods, your Minecraft game can be turned into anything you can imagine. They add new blocks, new items, enemies and dimensions, and even change the gameplay completely!

Minecraft mods come in many shapes and forms, too. Throughout the years, the face of Minecraft modding has changed, as different mod loaders came and were replaced. Nowadays, the dominant Mod Loader is Forge, and it’s what the vast majority of mods are built upon.

However, Forge isn’t the be-all end-all of modding. Take, for instance, LiteLoader. It’s a mod loader built to be as lightweight and compatible as possible, and like Forge, it had lots of mods developed for it. But unlike the other mod loaders that Forge overtook, LiteLoader remained popular, and that’s for two important reasons:

The first reason is that LiteLoader is compatible with Forge and all of Forge mods, and can be used alongside it. The second, and far more enticing reason is the fact that LiteLoader mods are client-side. Unlike with Forge, players can join servers without having to make sure their mod lists match, something that can get quite annoying otherwise. 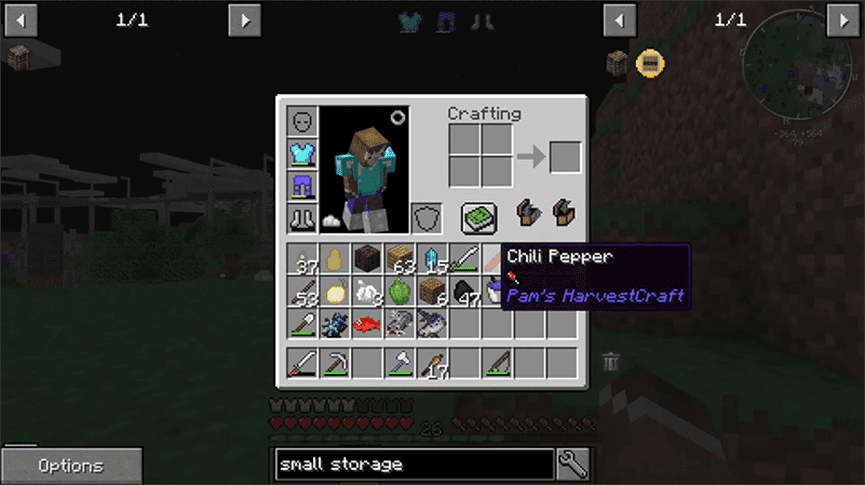 As mentioned in the overview, LiteLoader mods are client-side. They’re lightweight, easy to use and install, and add features that don’t interfere with the work of a server, so you can join any server — be it Forge, Vanilla, or anything else — without having to make sure that the LiteLoader mod lists match.

Of course, a mod loader would be nothing without a selection of mods. You can find a list of LiteLoader’s mods, alongside their compatible Minecraft versions, right here.

If you’re convinced and would like to give LiteLoader a shot, you can follow the steps outlined below to do so. It isn’t as hard as it might seem!

How to install LiteLoader

Installing LiteLoader varies, depending on whether or not you want to add it to an already-existing modpack, or start with LiteLoader from scratch. Either way, it’s quite straightforward.

How to install LiteLoader from scratch

And that’s it! Once the installation is complete, LiteLoader will be installed and you’ll be able to select it as the profile you want Minecraft to launch with. The list of profiles is on the left side of the Play button in the Minecraft launcher; simply select the LiteLoader profile that you previously named and press Play.

How to add LiteLoader to a modpack

The next steps depend on how you installed your modpack. Different launchers have different ways of accessing the modpack files, and you’ll want to add the LiteLoader .jar file into the mods folder of the modpack.

And you’re done! Once you’ve got LiteLoader’s .jar file in the correct spot, it will launch alongside your regular modpack.

How to add LiteLoader mods

Now that you’ve got LireLoader set up and installed, it’s time for the fun part — choosing and adding mods. As mentioned previously in the guide, you can find a list of LiteLoader mods here.

Once you’ve found a mod — or a number of mods — you’d like to add, the first step is to download them.

And we’re done. The next time you start up Minecraft with LiteLoader, it will load the LiteLoader mods in for you!

If you’d like to double-check that the mods are loaded in or not, you can press the grey tab on the top right of Minecraft’s main menu to bring up LiteLoader’s settings panel. If the mods were loaded successfully, they’ll appear in the list there, and you’ll be able to configure them as you please.

If you’re unsure which LiteLoader mods you might want to get, here’s some tested suggestions of our own:

Armors Hud Revived — Adds a configurable UI that shows the armour you’ve currently got equipped. Super handy for just about every occasion.

Autofish — Automatically reels in and recasts your fishing rob upon catching a fish. No more pesky waiting and staring for the fish to bite.

Chat Bubbles — Adds chat bubbles, reminiscent of MMOs such as World of Warcraft, to Minecraft. Heavily customizable and a must-have for any roleplayers out there, though it’s useful for just about everyone.

VoxelMap — A conversion of the Forge mod, VoxelMap adds a minimap to the corner of your screen.

Forge is undoubtedly amazing — its robust API and Multiplayer compatibility have ushered in a whole new era of Minecraft modding, but there’s a wide world of mods outside of its scope, too. LiteLoader proves that mods can be pragmatically useful beyond just adding new gameplay features, while remaining client-side to boot.

As a player of Minecraft, it’s important to know all of your options, and not just the most popular ones. Ease of use, accessibility and lightweightedness are also important factors to consider, and LiteLoader — it even has “light” in its name! — is a benchmark of each of them.