What is the RUST Staging Branch? 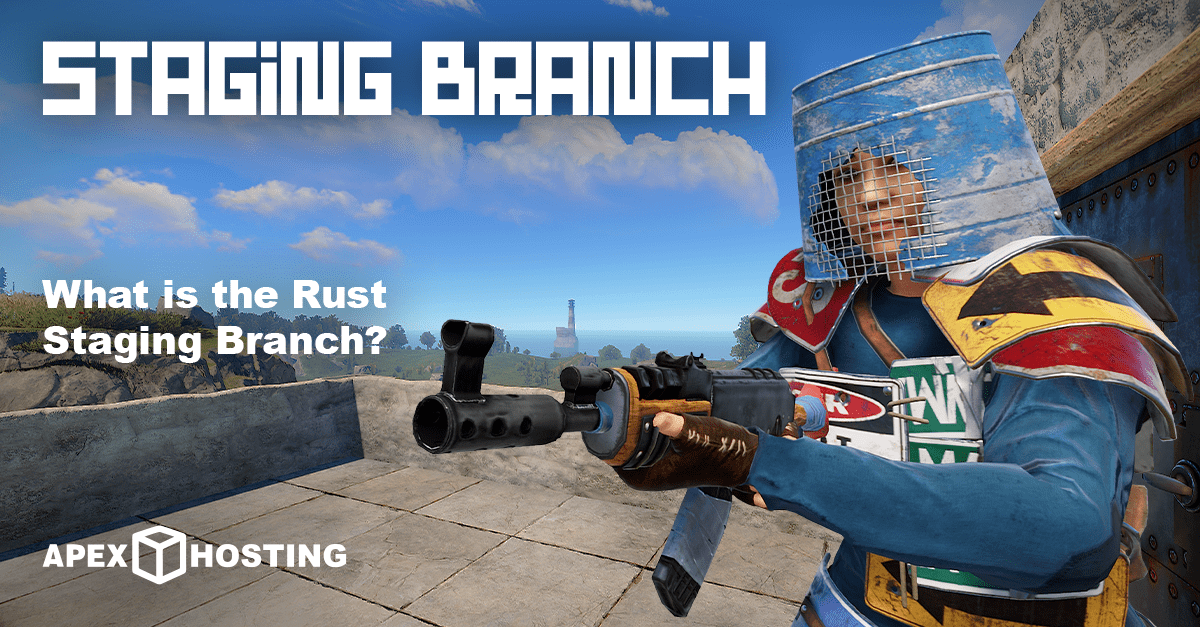 More often than not, making major changes to video games causes issues, bugs, and glitches that impede on the player’s enjoyment of the game. To combat this, most of the games we have covered utilize a testing version or an early access type beat which is released in a more subtle fashion compared to normal updates. They then depend on this low-key release to fix all the issues that plague the version, and then once that is finished, release it to the public. Today, we’re going to go over how Rust manages to do this with the staging branch. Let’s begin.

What is the Staging Branch in Rust?

With Rust, there are two versions of the game. The Release version which is the most common version that everyone plays, and then the Staging version. The Staging version is technically the most up to date version with the latest changes, but is most likely extremely buggy or flawed.

The idea with having two separate versions is to have the Release version be presented as the flagship definitive version of Rust be as polished and enjoyable as possible by keeping it bug free. The Staging Branch is where the devs stage future updates for the sake of finding bugs on new content before official release. The updates are tested on this version before they go live The Staging Branch also acts as a sort of test for new features, which means that any updates there are subject to change much more than the Release version.

If you’re interested in playing on the Staging Branch to test out Rust’s latest features or updates, it’s fairly simple. First, you must own a copy of Rust on Steam. Next, just search for ‘Rust’ and you will see that there is a second instance of the game that is labeled ‘Rust – Staging Branch’. All that’s left is to install this separate of the normal Rust instance and then you’re done!

So, that’s everything involved in the Rust Staging Branch. Gaming is pretty complex these days, and standards are high, so it’s great to see that the Rust developers are adamant on ensuring a high level of quality for the Release version, even if it is at the expense of the Staging Branch. In any case, you now know more about Rust and have a new way to experience the game if you so choose, and we hope you’ll host your Rust server with Apex Hosting! Have a great day!