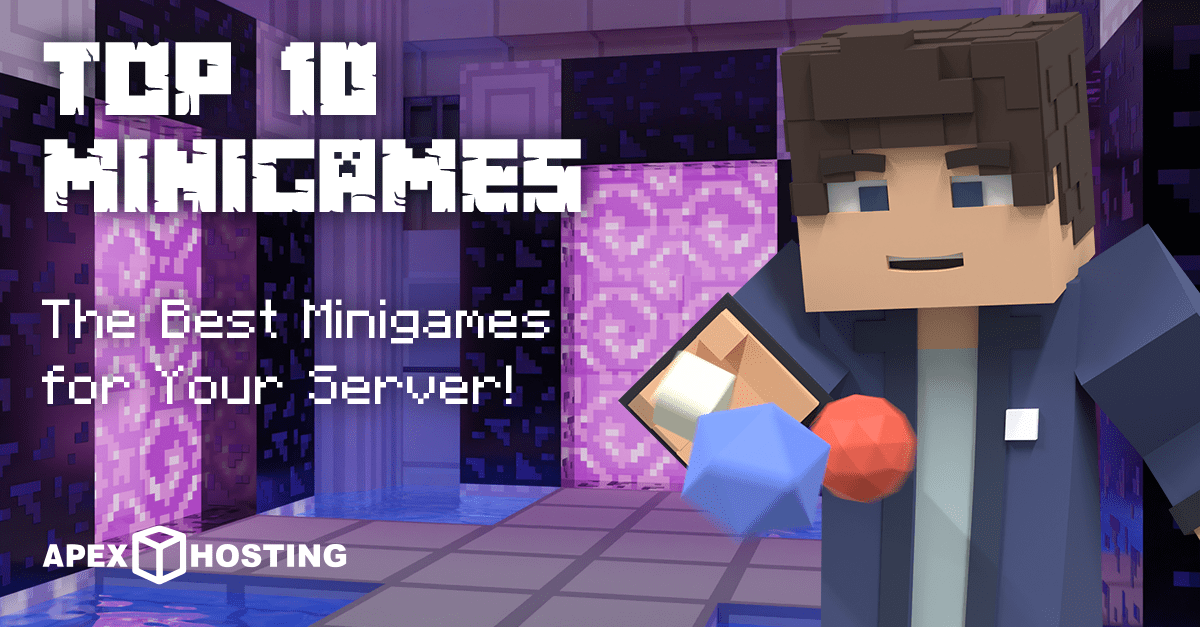 It’s a little funny, how Minecraft multiplayer has developed over the course of history. Over the last decade, multiplayer Minecraft servers have developed and evolved from a general preference of Vanilla survival servers to hub lobbies jam-packed with one thing: minigames! Ever since their creation in some of the earliest servers, minigames have had mass appeal due to their lack of commitment involved and unique gameplay when compared to the long-term fun that the base game involves. Why spend weeks surviving and thriving in a Vanilla server when you can get a quick bit of fun playing TNT Run for ten minutes? Today, we’re going to go over what we believe to be the greatest, most enjoyable minigames in Minecraft. Let’s begin.

As always, the list is in no particular order, but I do believe that the last three are truly the best, so there is an order, I guess? I dunno, I didn’t think about it that much. Just know that if it made it on the list, at the very least I feel that it’s a decent minigame. Sound good? Dope. 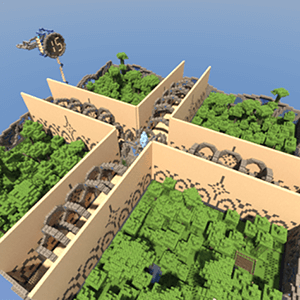 The Walls – A Hypixel original, this minigame involves four sections being divided by giant walls. A giant timer ticks down to the inevitable dropping of said walls. Each section includes a full team of players that need to gather resources and prepare for the inevitable wall drop, where all four teams will go head to head in a death match. Near the center of the map, there are miscellaneous chests with top-tier loot that could be used to gain an advantage over other teams. Some people say that the preparation time outweighs the actual action by too much for this mode to be considered good by modern standards, but it’s still a classic. 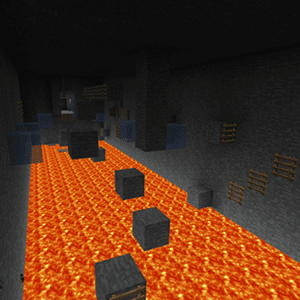 Parkour – The simplest and easiest minigame to set up. Parkour can best be described as a course that every player must cross by jumping from platform to platform. Players must survive massive falls, intense leaps, and face an overall pretty challenging set of jumps and maneuvers. Some courses require the player finish under a certain amount of time or have the course change each attempt. 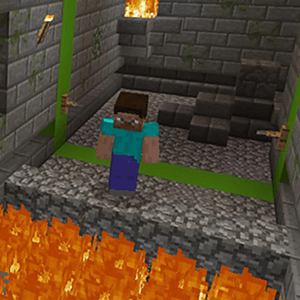 Death Run – Technically not originating in Minecraft, Death Run is a fun asymmetrical PvP gamemode where a single player is tasked with preventing all the others from making it to the end of an obstacle course by triggering an assortment of traps. The large team has to get through the map as quickly as possible with the goal of outpacing the traps that the single player has to manually trigger. 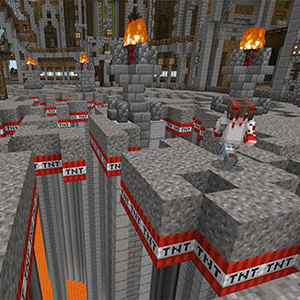 TNT Run – What many believe to be an evolution of classic Spleef. This gamemode involves a false floor of Gravel or Sand with TNT attached at the bottom. Dozens of players are thrown onto this platform, where every block they step on falls into the abyss. Players must run for as long as they can without falling to their death, and the last one standing wins. 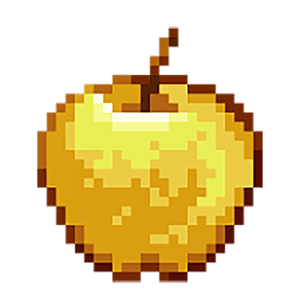 UHC – Also known as Ultra Hardcore, this is a “minigame” where you spawn on a naturally generated map with around 50-200 players with the goal of simply surviving. You can’t respawn or regenerate health naturally, and PvP is enabled. These games can last quite a while, possibly hours, so it is not so much of a ‘minigame’ but more of a game. To me, UHC is like starting up a survival hardcore server and then restarting it because everyone just killed each other for no reason. 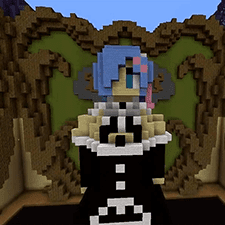 Build Battle – Players vote on an arbitrary theme and are given a time limit with an assortment of blocks. They are then tasked with building anything they would like in a set area, with all of the contestants rating each other’s builds. Typically, builds are rated based on how accurately they fit the theme while also being gauged on quality. This can also be played in teams. The highest-rated builds wins! 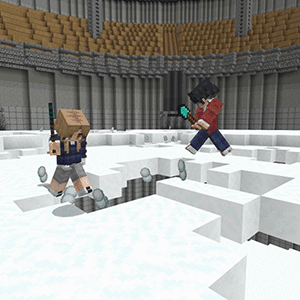 Spleef – Absolutely goated. Spleef is a simple minigame where players run around on a platform that hovers over a drop or lava. The players then have to break the ground below the other users with the goal of causing them to fall to their death. This is typically played with a shovel on snow blocks, and it is a classic. 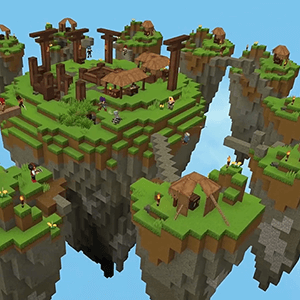 Skywars – Skywars is a fairly complex PvP minigame where numerous players are spawned on multiple islands are placed in a formation surrounding a much larger central island. Assorted loot is placed in chests for players to collect and use to defeat each other. The last player standing wins. This is the most popular PvP minigame as it is incredibly fast-paced and leads to tons of crazy situations. 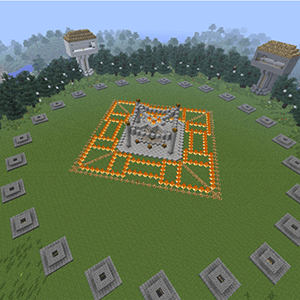 Hunger Games – Based on the extremely popular move ‘The Hunger Games’ this gametype involves a few dozen players being spawned around a cornucopia on an open map with loot scattered across different structures. Players cannot break blocks or use survival mechanics. The play area is slowly decreased naturally while players are allowed to kill each other until one player is left standing. Many agree that this is the original battle royale. 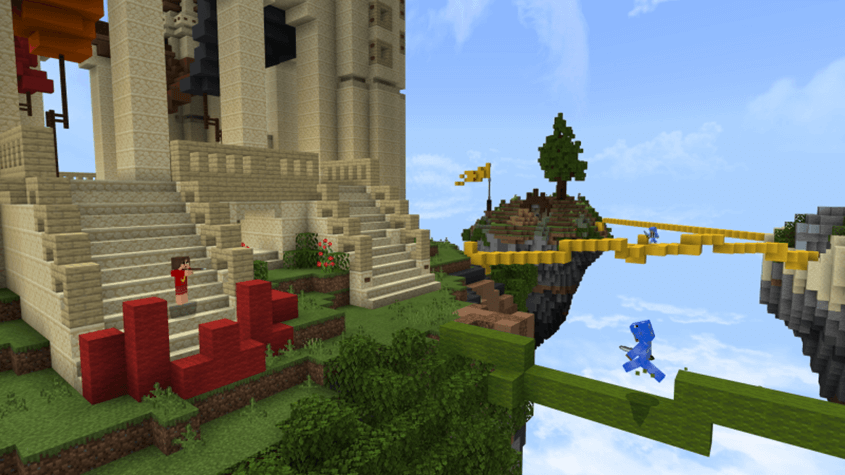 Bed Wars – The magnum opus of Minecraft minigames. This minigame revolves around multiple teams which all have a base, and a bed inside that base. Centralized around PvP, the teams attempt to defeat each other, but every player can respawn unless their team’s bed is destroyed. This creates a situation where the goal is to destroy all the other beds while simultaneously defending your own, or risk not being able to respawn. This is the most popular gamemode on Hypixel, and it is by far my favorite.

You can play all of these gamemodes on various minigames-centric multiplayer servers. Popular servers like Hypixel, Mineplex, and more are all great options to check out, as they all have their unique spins on the minigames. If anything, you can use Craft List to find the perfect server that suits your needs best. You can also check out our own list of minigames we have available for your very own server.

That’s my list! Minecraft multiplayer has a heavy emphasis on minigames, as the minigame community has worked tirelessly over the last decade to fine tune what is fun to play. Regardless, it’s always a good idea to get a feel for what’s currently popular, so you can quickly get into matches which most people find enjoyable. If anything, I hope you found your new favorite gametype, and have a great day!