Tools and weapons are a huge part of Minecraft, in that they are how most of us get anything done. Whether it’s breaking blocks, fighting monsters, or tiling farmland, they’re the conduit for which our character interacts with the world. Although this is the case, Minecraft’s tools are basic at best, and definitely have a lack of variety.

Introducing Tinkers’ Construct, one of the most popular mods based around the creation of tools and weapons in a wide variety of ways. This guide will give you the information necessary to get started with and use the mod on your Minecraft server. Note that this guide is for the 1.12.2 version of Tinkers’ Construct. With that said, let’s begin.

With over 82 MILLION downloads, Tinkers’ Construct is one of the most well received and popular mods in all of Minecraft. A simple yet ambitious idea, to have the ultimate, most customizable, unique weapons and tools in any mod.

With a unique system of ores and items, along with compatibility with almost every mod you can find, Tinkers’ Construct is one of the OG’s that has it all. This mod has just as many possibilities as you have creativity, and it brings all of this at no expense. It is fairly complex near the end, but the more work you put into your tools and weapons, the better they will perform.

To play with any Forge mod, you’re going to need to download forge on your own computer. For a more in-depth guide, consider checking out our Client-side Forge Installation tutorial.

Before proceeding, ensure the server’s version is switched to the matching version of Forge using our version selector.

Getting Started with Tinker’s Construct

At heart, Tinkers’ Construct is a mod about building weapons and tools in a variety of ways, then modifying them until they turn into something else. Many different materials can be used to customize said tools or weapons in hundreds of ways. 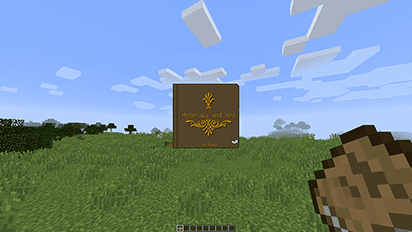 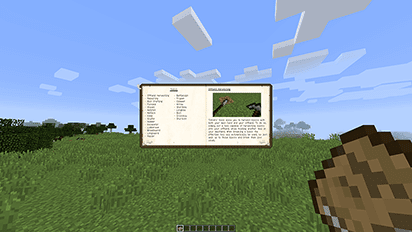 When you spawn in, you should have a book dubbed ‘Materials and You’ which can act as a sort of guide and information pamphlet on all things surrounding Tinkers’ Construct. You can refer back to this book if you want to know the properties of certain materials, how to do certain actions, and the extent to which you can customize your gear. We won’t be focusing on the Materials and You handbook, but rather jumping right into the mod. 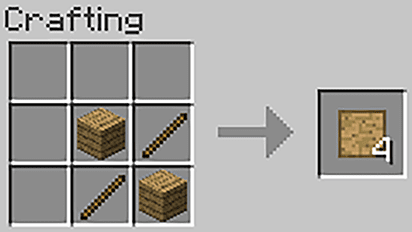 First, we’ll be crafting a Blank Pattern. Blank Patterns are sort of the base of all the patterns that you can create, and they’re extremely cheap. Just planks and sticks will catch you four of these. 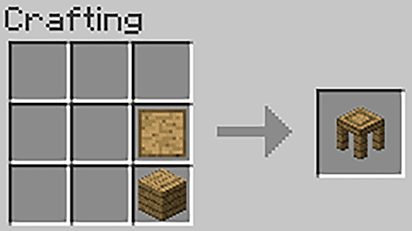 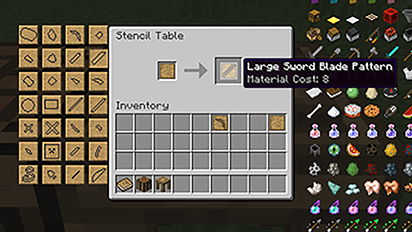 The Stencil Table UI has all the possible patterns on the left, and will produce the desired pattern once you place the Blank Pattern in the left slot. 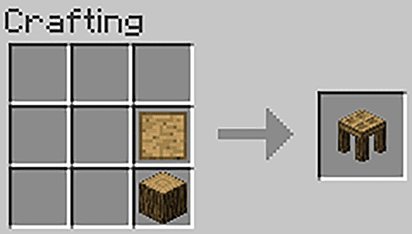 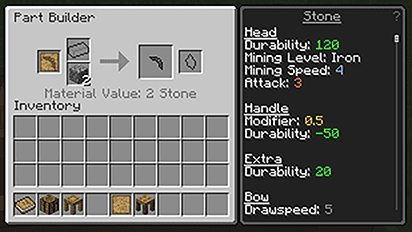 Now we’re going to make the Part Builder. The Part Builder can be made with an Oak Wooden Log and a Blank Pattern, and it allows us to use stencil patterns to make individual tool parts.

The Part Builder UI is pretty simple, but it has a lot of information. Here’s how it works. You place in a stencil pattern of what part you’d like to build, the material you’d like to build with (necessary amount is dictated by the type of part) and then it should result in the part on the right side. All of the statistics of the material used will be listed on the right. This includes information like the durability of the part, it’s mining speed, attack damage, draw speed, and passive abilities.

Passive abilities may be a little confusing, but basically each material does something special that the others don’t. For example, Stone offers “Cheap” which increases durability gained when repairing the tool. 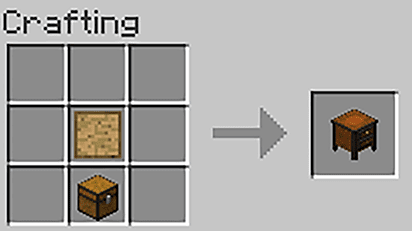 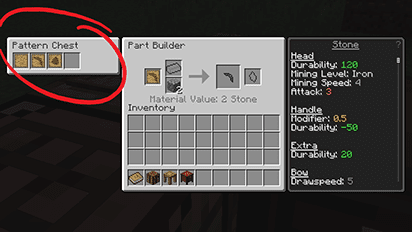 Almost done here, we now have the the Pattern Chest. The Pattern Chest is a useful block that will make things more convenient when crafting at your stations. It will hold all of your patterns, and when connected to a Part Builder, it will allow you to see and snag the contents of the Chest while inside the Part Builder. Nifty! 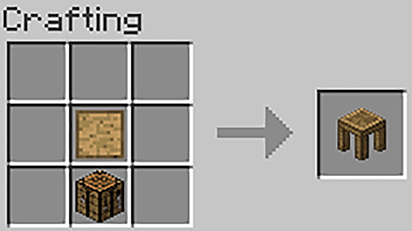 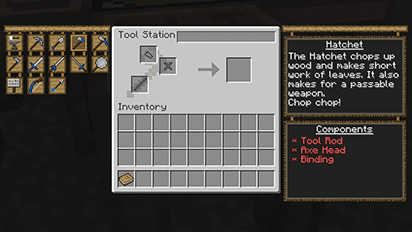 For the final part of the beginner’s section you will need to craft a Tool Station. The Tool Station allows you to craft weapons and tools using patterns for specific parts. The Station will show you what parts are necessary for each tool. Because of how patterns work, you can customize your tool exactly the way you want it, with most tools or weapons having up to 3 different parts. Each part can be made from a different material, or all of the same.

How to Make a Tinker’s Smeltery

To acquire better quality tools, we’re going to need to make a Tinkers’ Smeltery. This is a pretty complex task, so let’s get started. 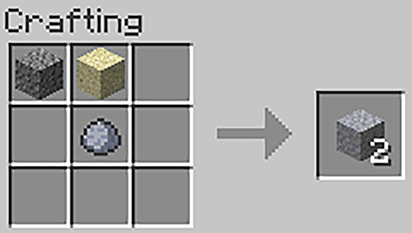 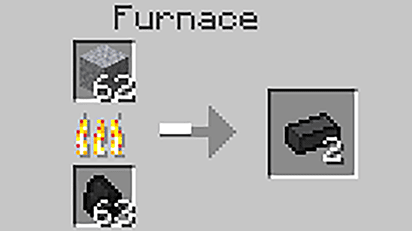 First, you’re going to need Grout, which is simply done by combining Sand, Gravel, and Clay. Grout can then be placed in a Furnace to make Seared Bricks. These Bricks will be used to craft a few different types of blocks that will compose the Smeltery, so make sure you get lots of them.

To get started on our Smeltery, we’re going to need multiple blocks that are made with the Seared Bricks. These include: 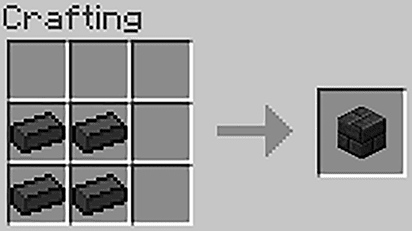 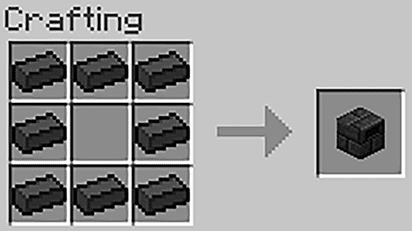 The Smeltery Controller is the brain of the Smeltery. It’s made with the Seared Bricks as well. 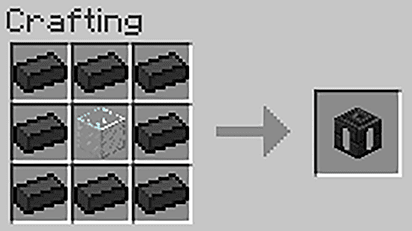 The Seared Tank is the heart of the Smeltery. It retains liquid when it is broken, and it will be holding any liquid we use for smelting. It is made from Seared Bricks and a glass block. 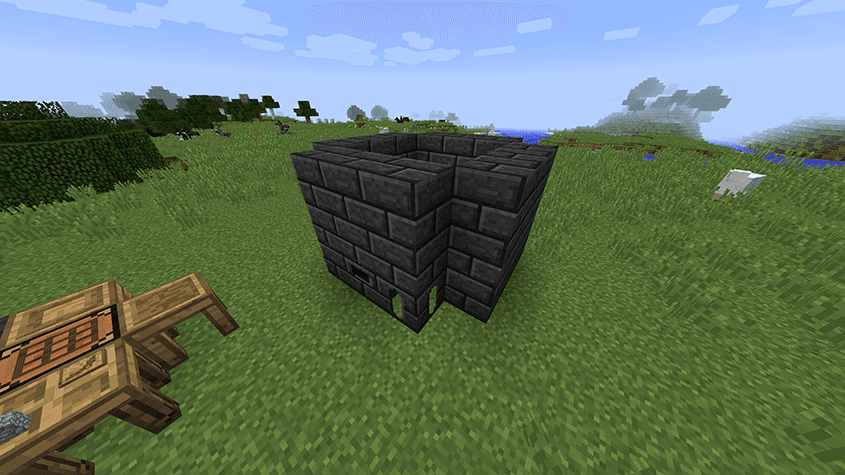 After you have the appropriate blocks, you can construct the Smeltery. All you have to do is place the Smeltery Controller and the Seared Tank next to each other, then create a square casing with Seared Brick blocks. The casing can be anywhere from 2×2 to 9×9. You can also increase the liquid storage capacity by making the casing taller, in the same width and length. In the example I provide, I have made a 3×3 casing that goes 3 blocks tall.

Note that the floor of the Smeltery must be made of Seared Brick blocks as well. Also, do NOT let anything enter the casing while liquid is present. It will ruin the mixture!

Now that you’ve constructed the Smeltery, we’re going to go over how to use it. Fill the Seared Tank with lava as a fuel source by right clicking it with a full bucket. 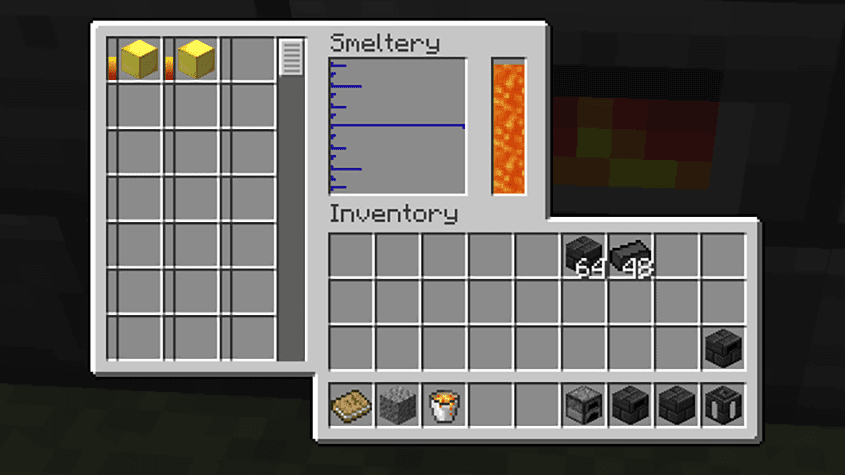 Next, we’re going to add a few blocks to our Smeltery to be able to make some better tools. Here’s what you’ll be crafting: 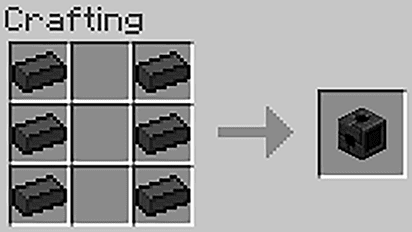 The Seared Drain is fluid input and output for the Smeltery and Tinker Tank. 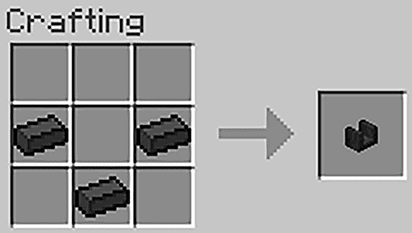 The Seared Faucet drains liquid from smelteries and tanks. This will be attached to the Seared Drain. 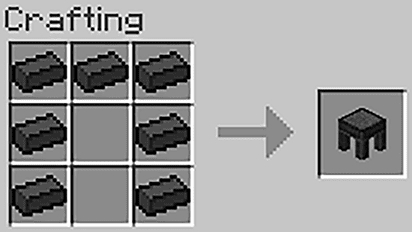 The Casting Table can be used to cast items using the Smeltery. This will be placed under the Seared Drain.

Now that you’ve made these blocks, we’ll be using them to upgrade the Smeltery. Place the Seared Drain as if it was a normal Seared Brick block as part of the wall of the Smeltery. Then, attach a Seared Faucet to the end on the outside of the Smeltery. Lastly, place the Casting Table below the Faucet. 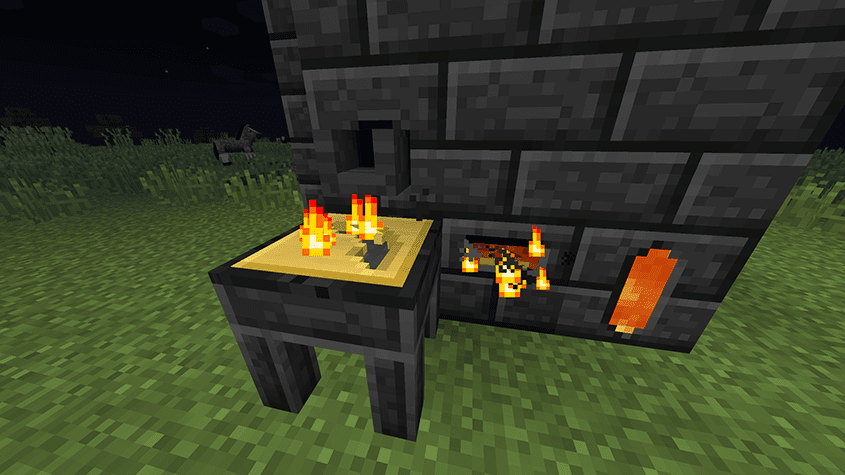 This will allow us to create casts of any pattern. The way we do this is by creating a Cobblestone version of the Stencil Pattern and then placing it inside the Casting Table. For this example, I used a Cobblestone Pickaxe head. Next, fill the Smeltery Controller with Gold and melt it down into a liquid. Right click on the Faucet to allow some of the molten Gold to pass onto the Casting Table, and then you will create a Pickaxe Head Cast. You can do this for all the other Patterns as well.

Casts and the Smeltery should allow you to create tools of much higher quality than the Tool Table. You can also combine molten ores in the Smeltery to create combinations, such as Cobalt and Ardite combining to create Manyullyn.

How to Modify Tools:

You’ll notice that the Tool Station is no longer compatible with most of these higher quality tools and weapons you’re making. Because of that, you’re gonna need an upgrade. 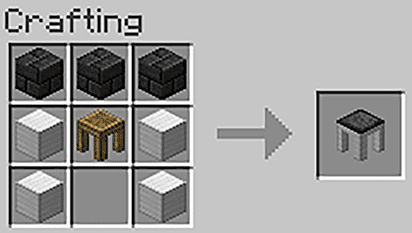 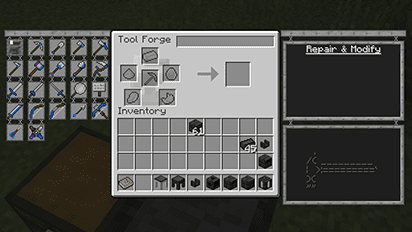 You can use your Tool Station combined with Iron Blocks and Seared Brick blocks to create a Tool Forge. This will allow you to work with your newly created better tools and weapons while also unlocking some extra features. On top of this, it also unlocks some more tools and weapons that you can create, my favorite of which being the Battlesign, a weaponized Sign. To be frank, the Tool Forge is exactly what it looks like, a cooler, more capable version of the Tool Station.

With the Tool Forge you will also be able to modify your tools. Basically, by combining your tools with ores in the Tool Forge UI you can add the modifiers of certain ores to other weapons or tools. It’s pretty cool!

A big part of Tinkers’ Construct is the fact that it is compatible with almost every large mod that you could think of, and allows you to use the ores and items in these other mods to create new and interesting tools. Want to use Dragon Steel from Ice and Fire along with Netherite to make a Battle Sign? Go ahead. This makes Tinkers’ Construct one of the best mods to have in a modpack.

That’s pretty much it! Tinkers’ Construct is one of the most popular and interesting mods in Minecraft. With its variety of tools and its in depth customization, it will change the way you use your tools and weapons forever. I find it hard to go back to boring Iron or Diamond swords when I’m used to my Obsidian tipped, Emerald pommel, Gold Base Battle Sign. In any case, I hope you learned something from all this, and have a great day!

Server is crashing on startup:
This can be due to multiple issues. Most commonly this is caused by a duplicate mod, missing dependency mods, or incorrect mod versions. Tinkers’ Construct as a single dependency, which you can find here.

Server is stuck loading:
Many times when modifying the server, the server will need to be confirmed before it will fully start. This happens a lot especially when you remove or add mods. Most of the time in the console, you will see Missing Mod ID’s errors. All you need to do to resolve this is type /fml confirm in console.

Duplicate Mods:
You can detect a duplicate mod from the console pretty easily. You will see an error that says “Duplicate Mods” with the mod name listed underneath it. Simply go into the FTP File Access, the mods folder, and delete the extra mod.