Setup and Play a Tekkit Server in Minecraft

Tekkit is perhaps one of the oldest and most well-known modpacks in the Minecraft community, the follow up to Tekkit Classic. This modpack consists of 101 mods in total and runs on 1.6.4. The modpack itself is mainly technology and space themed, players can expect progression to automate ore and storage of materials which will eventually lead to the player being able to whisk themselves to the moon in a rocket in no time!

If you are looking for a modpack that’s suited for a few close friends combining their resources and knowledge to reach the stars, then this modpack is absolutely for you! This modpack comes as one of many of our preinstalled modpack selections that you can install on your Apex server. We’ll be going through how you can install this both on your server, but also on your own computer and a few tips and tricks on how you can get started playing Tekkit!

How to Make a Tekkit Server

Upon first spawning in, the gameplay is quite similar to the progression of Vanilla Minecraft. Begin with the usual wooden tools, working your way up to an iron pickaxe. Once you are set with basic iron gear, you can turn your focus to collecting some new ores.

Now as you explore, there are some new ores and materials you can find along the way. Some of the most notable are: 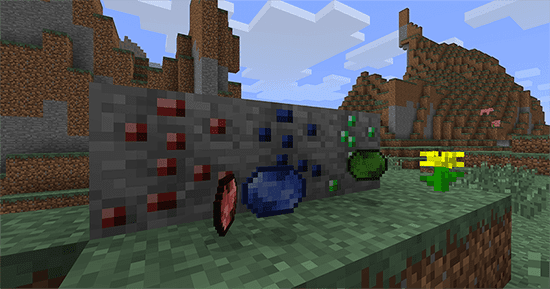 The ruby, sapphire, and peridot gems are found in their respective ore blocks. When found, these can be used to forge new tools and materials. These can have better stats than diamonds, so it is a worthy investment.

Often found at Y-Level 40 or above, copper has many uses in Galacticraft and many other mods throughout Tekkit, such as Atomic Science and Thermal Expansion.

Another main ore, usually found between Y-Level 35 to 50. Tin is used in similar mods as copper., finding use in Thermal Expansion, Galacticraft, and MineFactory reloaded.

Finally, the last base ore added by Galacticraft is Aluminum ore, found between Y-Level 0 to 45. Aluminum is mainly used in Galacticraft items, with less use found in other mods. 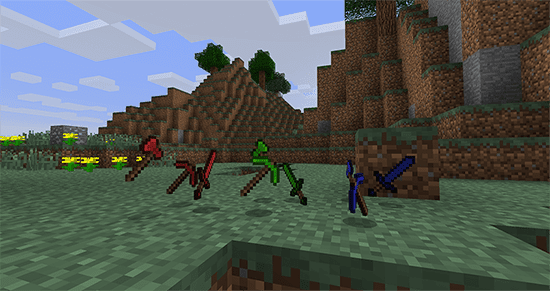 As you progress, you will find there are many pathways to expand and upgrade your tools. Once you have found the aforementioned gems, creating a set of tools will be the most logical step.

In the late game, using modular powersuits and redstone arsenal equipment will be an even greater option to perform basic tasks with greater speed. Items like the flux pickaxe can be powered up, providing a boost when the [V] keybind is pressed.

Tekkit heavily features the galacticraft mod, so upgrading and building your own rocket is a must as you expand your gameplay. There are a lot of parts and machines required, so it may take some time to get set up. To get started, you’ll need:

This is used to create the heavy duty plated and compressed metal plates you’ll need! It requires 6 aluminum, 1 copper, 1 anvil, and 1 basic wafer.

The rest of the machines require power in order to function! The generator turns the coal into power. It requires 4 iron, 1 furnace, 1 aluminum cable, and 3 copper.

This is used alongside the rocket launchpad to provide fuel to the rocket! It requires 5 compressed steel, 1 tin canister, 2 compressed aluminum, and 1 basic wafer.

This is used to actually build the rocket! It requires 4 compressed steel, 1 crafting table, 2 levers, 1 redstone torch, and 1 advanced wafer.

This will be used to turn oil into usable rocket fuel! It requires 2 copper canisters, 2 stone, 1 furnace, and 2 compressed steel. 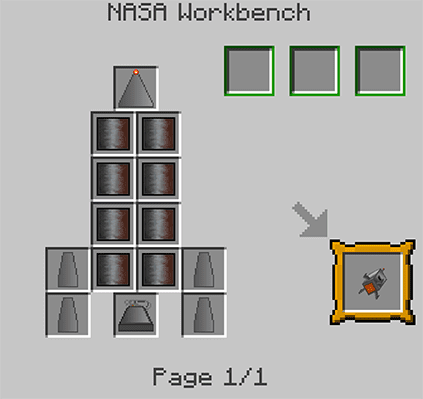 The rocket is a massive recipe and requires many pieces to fully construct. The rocket itself is made of 8 heavy duty plates, 4 rocket fins, 1 nose cone, and 1 rocket engine. 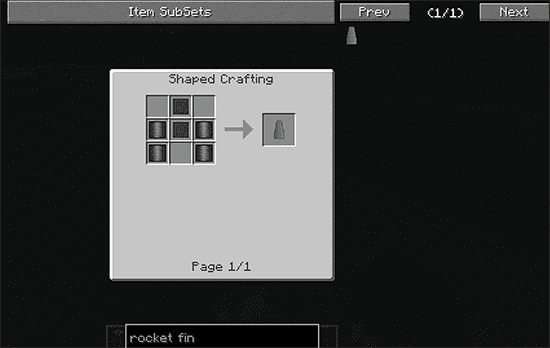 We recommend using the NEI menu that appears in the player inventory. With this, you can search for parts at the bottom, then right-click to view a recipe.

To craft a launchpad, it requires 3 compressed iron over top of 3 iron blocks. This will provide 9 launch pad blocks to place. Place them in a 3×3 spot in an open area and place the rocket on it. 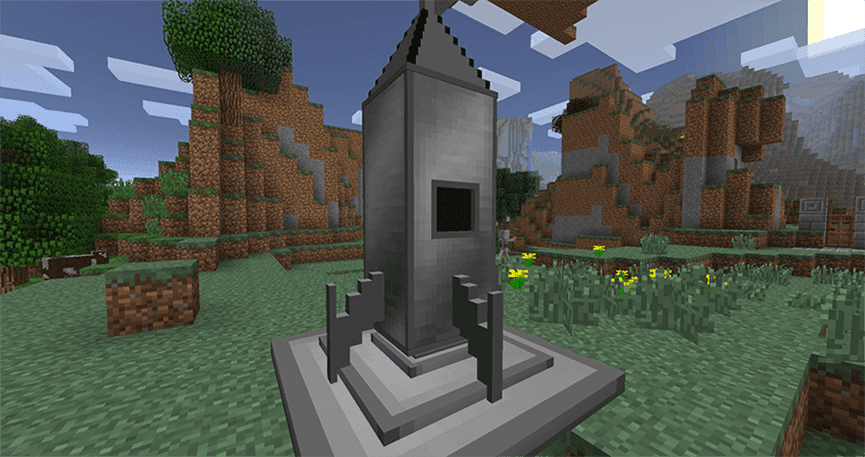 Once the launch pad and rocket are placed, add your fuel loader to the side and power it. Input your fuel. You are recommended to obtain some further items before departure, such as a parachute, oxygen pieces, and oxygen tanks.

Once you are ready, you can enter your rocket and press [space] to launch and head for the moon. 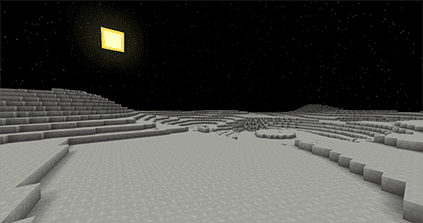 As part of Galacticraft, this will be the first location you travel to with your Tier-1 rocketship. With dungeons, and bosses, there is plenty to do here as you try to locate the schematics for a Tier-2 rocket. 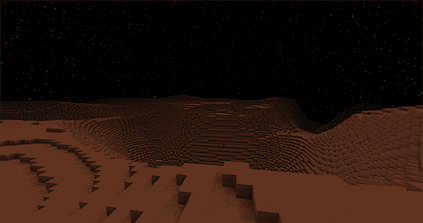 When you eventually create a Tier-2 rocket, you will be able to travel to Mars. Like before, it is filled with dungeons, bosses, and dangerous mobs. Try to survive through here to succeed greater treasures and create better rockets. 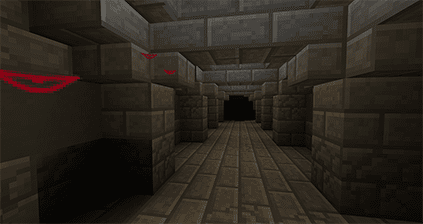 The dimensional doors mod adds a twist to the world, creating pocket dimensions throughout the overworld, or allowing you to create your own. It can be dangerous within one, so be prepared. 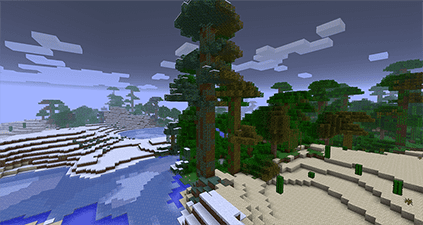 If the existing dimensions aren’t already enough, the MystCraft mod mod allows you to hand-pick attributes to make your own world. Make sure to create a linked book for the overworld though, otherwise you will become stranded!

Overall, the Tekkit modpack is a classic that is still fun to play even now. Despite it being on 1.6.4, the mods used can still be used on more modern versions. If you enjoy exploring dimensions and travelling throughout space, this modpack is definitely for you. Each mod has so many options and possibilities, so any player can easily begin playing their own way. I love building space stations, so I highly recommend checking out this modpack!

I get an error when joining the server:
Often, if a player is unable to join the server, it is because the modpack isn’t properly installed on your own computer. Ensure you are using the official Tekkit modpack to have all of the proper mods installed to join the server.

Modded items aren’t spawning in the server:
If the mods appear in the creative menu but are not properly appearing on the server, it often means the server is not properly using the modpack. Ensure that the server was switched to Tekkit through the panel and restarted to load it up.

How To Change The Minecraft Server Version
Tekkit Page

How To Make a Tekkit Server With Apex Hosting