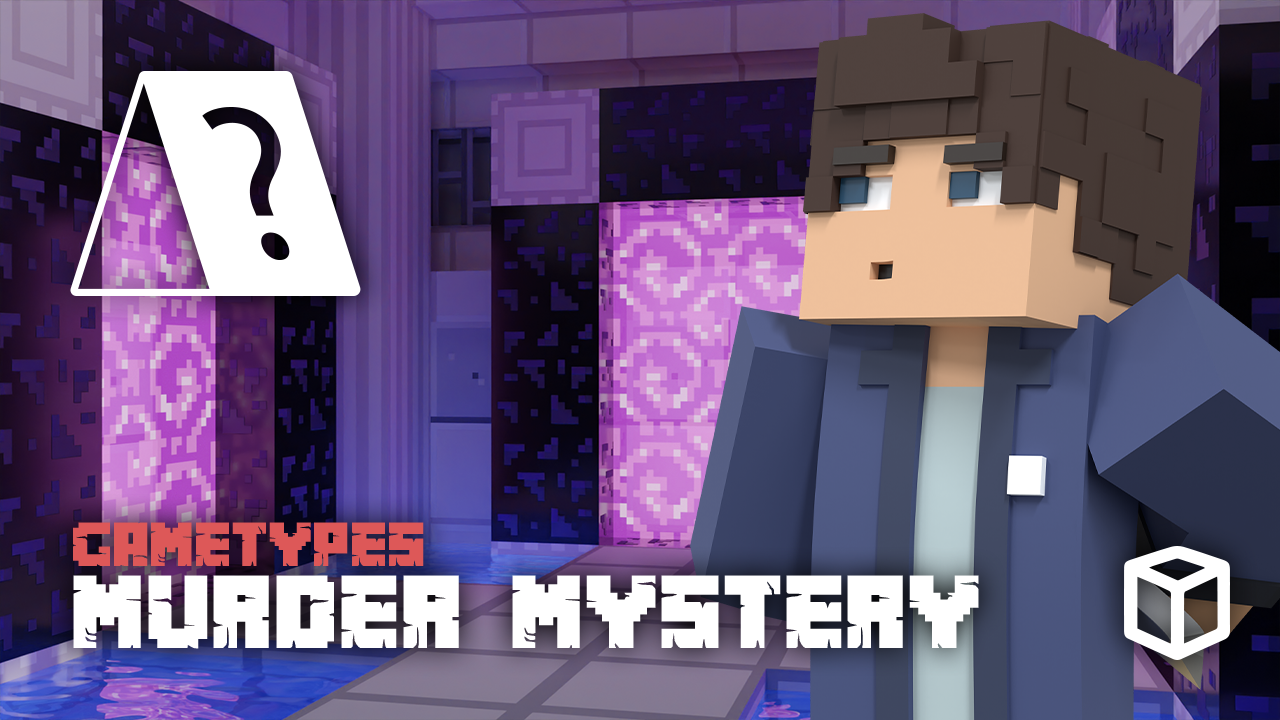 Whether you play on a Minecraft server or simply have some sneaky friends, being weary of others can be beneficial for your base and items. With this concept in mind, the Murder Mystery minigame was created, which has players fight for survival with distrust for others. With a large group of innocents surviving against an unknown murderer, players will need to team up and figure out who it is with the help of the sole detective. Whether you aim to kill everyone as the murderer or try to survive, no one can be trusted. With Apex Hosting, installing the Murder Mystery gametype is as simple as performing a few clicks, so we will show you how to get started.

Getting Started with Murder Mystery

When the server is first joined, you will be in a small lobby. This area is based off of the Mansion map that is available in the game. This is where all players will mingle before starting a match.

When you are ready to begin, move over to the signs on the side of the room. Here, you can right-click a sign to join the respective waiting queue for that map. The number of players that are available for a map as well as the status will be displayed for everyone to see.

When the countdown begins, you will spawn into the chosen map and have your role and mission displayed on the screen. These include hunting other players as the murderer, surviving as an innocent, or finding the culprit as the detective.

As an innocent, your goal is simply to survive until the time runs out and hide from the murderer by any means.

When you play as the murderer, your mission is to kill every surviving player and be the last one standing. However, the detective is your greatest weakness.

When playing as the detective, you must deduce who the murderer is before yourself or other players are killed. But beware, killing the wrong player will end your own life.

As you play through a map, you will earn points for various tasks. These include surviving and picking up the gold ingots that will spawn around the area. These ingots can be used to earn a mystery potion which will provide a random effect upon consuming it. This can be helpful with invisibility or detrimental with slowness and more.

Once a player’s goal has been achieved, the round will be complete and the winner will be announced. This can occur if the time runs out and an innocent survives, if the murder kills all players, or if the detective successfully kills the murderer.

While playing on a murder mystery gametype, there are three maps that are currently available for use. These include:

A Christmas workshop-themed building with various twists, turns, and decorations for the holidays.

Dark and gloomy, the mansion map has many side rooms accessible from the main hallway, but has long corridors.

A confusing building full of twists, turns, and various rooms from bathrooms to a break area.

With that, you now know how to install and get started with the Murder Mystery gametype. With many combinations of players, roles, and maps, the gameplay will never become stale. Additionally, the longer you are without a role, the higher the chance you will receive that role in the next game. This allows all players to have a chance to play as the murderer or detective the more they play, rather than it being truly random each time. With your newfound knowledge of this gametype, jump right into murder mystery and survive for as long as you can or eradicate the others.

How To Make a Murder Mystery Server With Apex Hosting