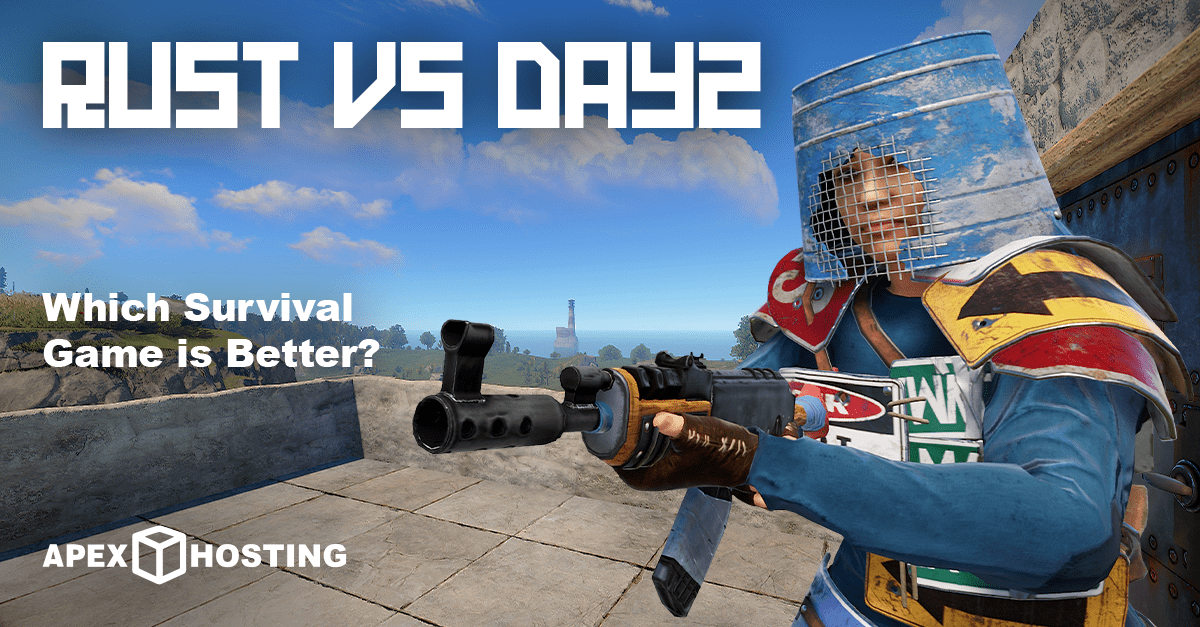 Ever since back in the day, we all can remember this everlasting debate ringing in the ears of every PC gamer. Before the time of hero shooters or battle royale games, yet after the zenith of Minecraft’s peak on youtube, there was the survival game boom. ARK: Survival Evolved, The Forest, Don’t Starve, 7 Days to Die, and Subnautica had the users of Steam cornered. 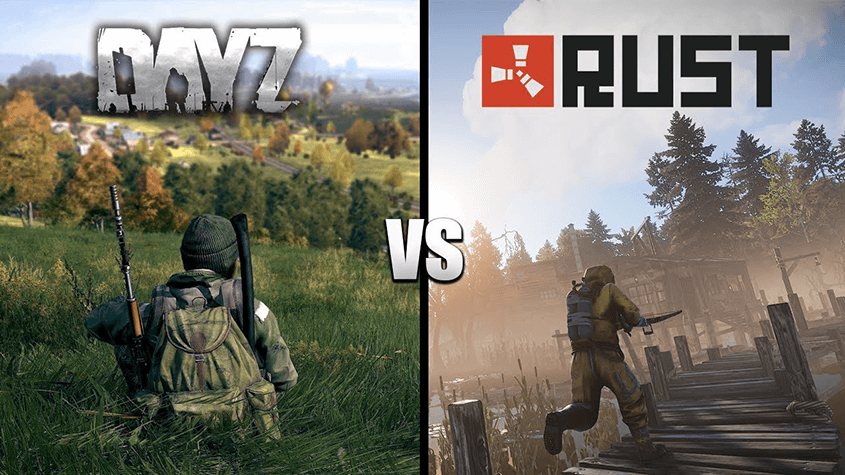 But there were two games in particular which reigned supreme over all the other survival games: Rust and DayZ. Both games aim to be a test of survival on an isolated island where the player is forced to adapt to the harsh conditions of the world. But which one is really the top dog? Today, we’ll compare both of these great games and see which is truly the best. Let’s begin.

What makes a good survival game?

Before we discuss which of these games is better, it’s best to understand what a survival game is, what it should be, and what makes them better. There are definitely defining characteristics that keep people playing all the way from the simplest of sandboxes like Minecraft to the most hardcore simulator like DayZ.

Death Penalty – Firstly, we have death penalty. This is probably the most important aspect of survival games, as the objective is to ‘survive.’ From game to game, this can differ. Whether you barely scrape by, or manage to thrive in a new self-made civilization is not as relevant as the actual penalty for dying. Most games have death simply cause the player to drop everything they’ve been carrying, with the punishment differing depending on how far they’ve gone in their journey.

External Threats – Next, external threats. This is a major characteristic of all survival games, as most of them rely on action and violence to threaten the player. Whether it be other players in the form of a PvP environment, dangerous terrain, mobs, and more. This is very important, because the player needs to feel threatened. Tension should rise when moving outside of your comfort zone, or your “base.” This creates thrilling gameplay and a sense of accomplishment when the player manages to survive despite the conditions.

Resource Management – Further on, resource management. Every survival game always forces its players to accumulate resources continually in one way or another to stay alive. You need to produce/hunt for food, or you’ll starve. You need to craft or find a shelter from the dangers of the world, or you’ll be destroyed. Some games have more of an emphasis on shelter than others, but it is always an important aspect of survival.

Overall Polish – Lastly, overall polish. How well is the game actually made? As most survival games are indie, there is a level of ‘video game jank’ that comes with all of them. Are the graphics good? Is the gameplay smooth and responsive? Is there a fair amount of content to keep the player from getting bored? Is the multiplayer experience latency free? All of these will determine the longevity of the game and the replayability to the player.

The better of the two

To determine which one of these gaming titans is better, we’ll go down the arbitrary list that we’ve crafted, one by one. We’ll then give the win to either game for each category and by the end, we should have a winner.

Death Penalty – DayZ and Rust both have much more costly death penalties than most games, but their functionality is still totally different from one another. In DayZ, when you die, there isn’t necessarily a major cost as you have no levels or RPG mechanics, but the cost comes from a physical aspect. In DayZ, the map is so large that traversing it takes multiple hours, so dying can be a massive setback in terms of acquiring loot and reaching your destination. All spawns are along the southern coast, while all the major areas are in the north.
In Rust, death is not nearly as costly, but much more frequent. The game has a unique system where logging out does not keep you safe. Instead, your character will go into a sleeping animation, and lay there until you log back in. This leaves you vulnerable to attack for hours to even days, depending on when you’re able to resume playing. 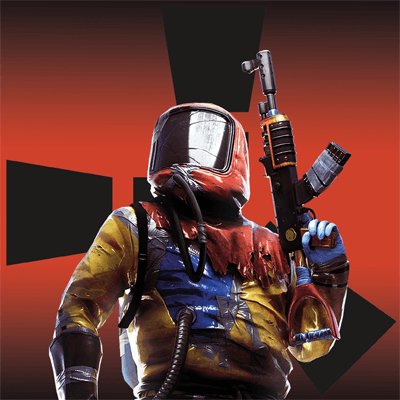 If you die, like most games, you’ll lose everything on your character and possibly even your base. I’m going to have to give the point to Rust. The system they’ve created around how you can die while offline is very creative and pressures the player to seek shelter before logging off.

External Threats – DayZ and Rust also have very different ways of handling external threats. In DayZ, you have lots of things to worry about. Hunger and thirst are everlasting. Sickness is a legitimate threat that forces you to search for medicine. The weather can be too cold or too hot, and you will have to adapt to it. There are man-eating zombies that roam the cities and countryside alike. And finally, there are other players who may or may not end you to take everything you own!
Rust is a PvP-focused game, and has way more emphasis on the actual player vs. player gunplay than the actual survival. It has more players condensed into a smaller map, and doesn’t require nearly as much time investment for the player to sustain themselves with food or water. While there are AI enemies in Rust, it is safe to say the only real threat to the player’s survival is other players.
I’m going to give the point here to DayZ. While it can feel very unforgiving to have to juggle so many obstacles while surviving, it only makes survival even more rewarding when you manage to make it out on top. You feel very accomplished when you manage to survive multiple in game days, even if the learning curve is steep.

Resource Management – When it comes to resources, Rust has always been commendable. There is a very simple system where players accumulate wood, stone, and metals which all have different levels of utility. Bases are slowly upgraded by using better materials, and the players progress along the journey by learning better blueprints that allow them to do more. The system is simple, easy to learn, and allows for many neat player creations.
DayZ, on the other hand, just isn’t all that. The crafting system is arbitrary at times, with more of an emphasis on realism. You can create small tools and objects, but it isn’t a staple of the series to be able to manufacture large structures or anything of the sort. Although realistic, this limits the player massively, and makes the accumulation of resources even more tedious.
Rust definitely takes the dub in this category, as it just has a much more user friendly experience. Even if it is a comical interpretation of resource gathering, it is significantly more enjoyable regardless if it is at the expense of realism. 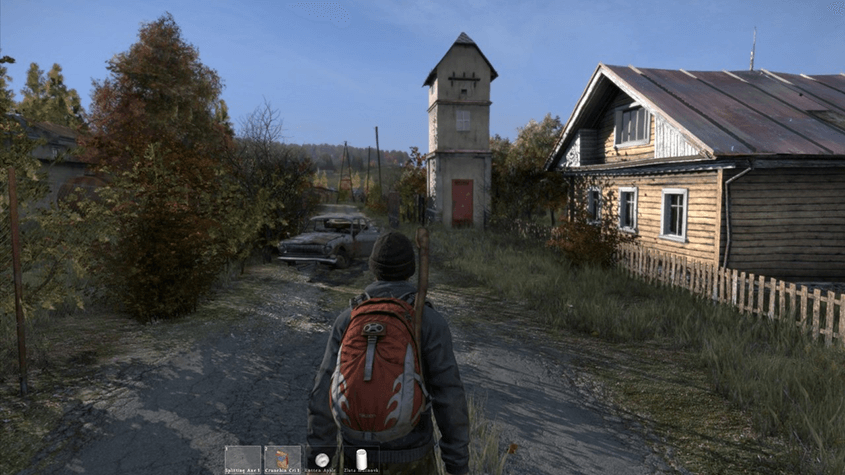 Overall Polish – DayZ is such a sad story when it comes to overall polish. Bohemia Interactive unfortunately have been using what most consider to be an outdated engine to run the game, and it has led to subpar graphics and unfortunately poor hit registration. In a game with such a low time to kill, and such heavy punishment for dying, this is a serious point to detract.
Rust, on the other hand, is very smooth and reliable with its gunplay. Furthermore, the game receives consistent content updates monthly which include new vehicles, mobs, guns, graphical improvements, map additions, and more. In regards to overall polish and content, Rust definitely wins.

That’s it! In my honest (and unbiased) opinion, I can say that Rust is a better experience than DayZ. The unique log-out system, enjoyable gameplay loop, easy-to-access resource gathering, and consistent content updates just make an all-around great game. But is that to say DayZ has no reason to exist? Not at all. DayZ is a great simulator-type survival game that serves as the most hardcore in the genre, and it definitely does that the best. In any case, I hope you enjoyed this comparison blog. If you’re interested in playing on your own Rust server, check out our server hosting plans. Have a great day, everyone!