When you spawn into your world in Minecraft, you always start out the same. You’re just a dude. A simple Steve who has nothing but the ambitions and drive for the future, which is cool and all, but haven’t you ever wished for more? What if I told you that you could spawn in with remarkable, yet not overpowered passive abilities that spice up your Minecraft experience? Well, with the Origins mod for Fabric you can do exactly that! Today will be a general information guide on the Origins mod and everything it includes. Let’s begin.

Origins is a Fabric mod made by Apace100 for all versions of 1.16. It’s relatively popular with over 500,000 downloads on Curseforge, and it has been developed in a way to allow other creators in the community to easily make augmentations and additions as they see fit.

Unlike most mods, Origins is not centered around custom items or biomes but rather fundamentally changing your in-game character and how you interact with the world. By choosing an ‘Origin’ you can spawn into the world with passive abilities that are unique to that specific origin. Some origins even offer active abilities that are triggered by a key, and each origin has its own unique strengths and weaknesses, so you need to choose wisely! This is especially true due to the fact that it will affect you for the whole playthrough.

Installing the Origins mod on your fabric server is as easy as ever!

Once these are fully uploaded 100% 1/1 files, you can click on the name of your server at the top of the page and start your server back up.

In order to play Fabric mods, it will also be necessary to install Fabric and the mods on each players’ computer. You can do this by performing the following:

At the time of writing, there are nine new origins to choose from, so let’s go over each one along with their strengths and weaknesses! 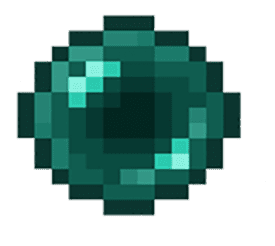 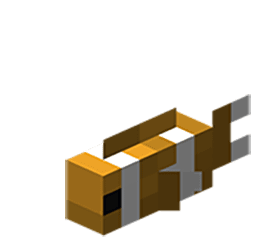 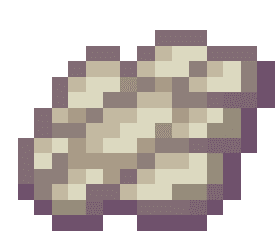 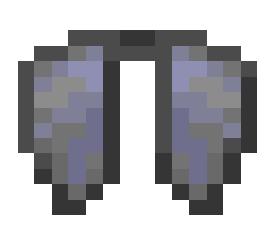 + Has Elytra wings by nature
+ Every 30 seconds, can launch themselves up into the air
+ Deals double damage while in Elytra flight
– Can only wear light armor (Chainmail or less)
– Takes more kinetic damage (fall damage, flying into blocks)
– Receives slowness and weakness when in places with a low ceiling 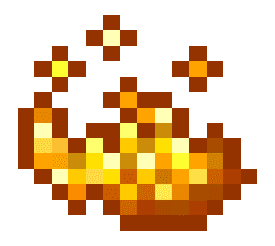 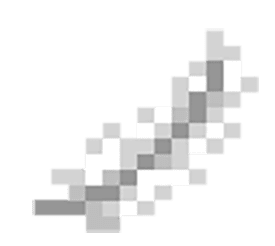 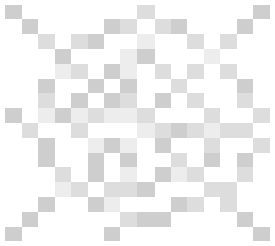 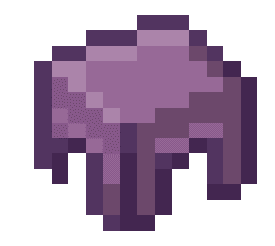 Now that you’ve chosen your origin, you can begin your Minecraft adventure! Beyond your choice, there isn’t really anything else you can do with this mod. This mod is best played with friends, as you all can accommodate for each other’s weaknesses by choosing different origins. For example, if you pick the Feline origin, it will be extremely difficult for you to obtain necessary ores and resources from mining. It would be much easier for a friend to accomplish this.

At its most basic level, Origins will force you to adapt to your newfound weaknesses and utilize your passive abilities. Some will be easier than others. To clarify, it’s much easier to deal with only being able to eat meat as an Arachnid than it is to literally start the game in the Nether as a Blazeborn. In fact, you all might need some tips to get on your feet…

How to survive as the harshest origins

So, some of the origins are much more difficult to properly use than others. While most origins have simple debuffs or drawbacks when in certain environments, others such as the Blazeborn and Merling will fundamentally flip how you play Minecraft on its head. I’m going to do my best to suggest tips and ways you can survive by using these origins.

On paper, the Blazeborn is an incredibly strong and versatile origin with one minor weakness. The issue is, your biggest drawback is not that of a passive one, but an initial spawning in the Nether. This is arguably the most hardcore of the origins, as your journey will consist of surviving in the wastelands of a hellscape filled with man-pigs and ghasts. Yikes!

To start, 1.16 is the best update to be stuck in the Nether in. To start off, try and find some Warped Forest biomes. They are the most peaceful biome in the Nether, as no hostile mobs spawn there. Silly enough, you can harvest the huge fungus to obtain wooden tools, and for food, you can kill Hoglins for pork. 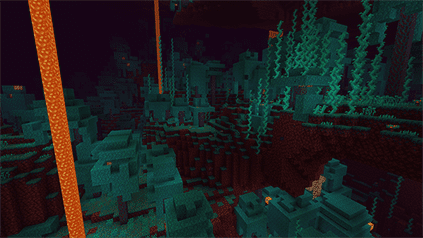 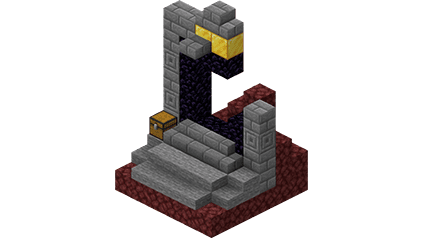 Your next goal should be to get to the Overworld. The main way you should be doing this is by looking for Ruined Portals which naturally spawn in the environment. Then, you’ll need to obtain the materials typically needed to create a working Nether portal. Flint is found in Gravel. Obsidian to finish the Ruined Portal can be obtained from bartering with Piglins, or just in chests as loot.

Once you’ve gotten all the necessary materials, you can use the portal to make your way to the Overworld and play Minecraft the normal way!

The Merling is a relatively powerful origin with the main theme being an aquatic based playthrough. Your character has to hold their breath on land, but can breathe underwater indefinitely.

This origin is difficult on paper, but isn’t especially difficult. Assuming you’re not trying to accomplish much, the Merling actually isn’t that bad. Ever since 1.13, the ocean has been filled with resources and items that typically were only found on land. On top of this, you can still go on land, but you’re going to need to be quick to get what you need.

Mining shouldn’t be too difficult, as there are tons of underwater ravines that spawn all ores naturally. 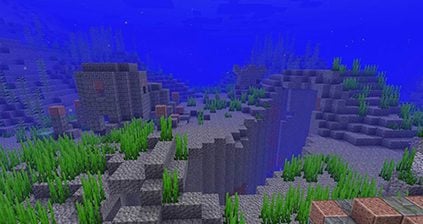 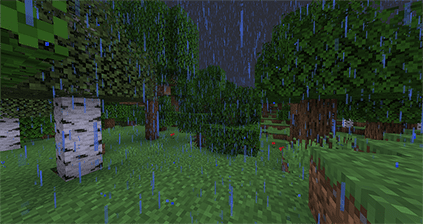 One key thing to remember is that you can go on land indefinitely as long as it is raining! This allows you a prolonged amount of time that you can use to get any necessary resources you need to continue your playthrough. I recommend using this time to acquire things that cannot be obtained underwater, such as Ender Pearls, seeds, meat, or anything else you would like. Be warned, however, because once it stops raining you will start losing bubbles on your breath meter. I recommend bringing water buckets along any journey on land to account for this.

I also highly recommend not choosing Merling unless you are playing with a group of varied origins that are willing to make up for your weaknesses. It is one of the least accommodating options in the Origins mod.

All of the origins are completely configurable, meaning you can remove or add any of the preexisting abilities/drawbacks to whatever origin you want. You can even create your own ORIGINal creations! (get it?)

Another awesome part of the Origins mod is the interchangeability of the origins themselves with community made additions and origins. There are tons of community made origins that can be downloaded that are fully compatible with the main mod, and will show up just like any default origin. 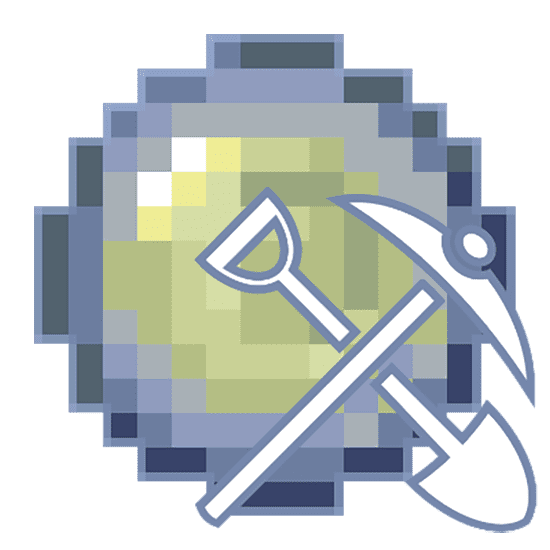 The creator of Origins, Apace100, also has released an addition to this mod called “Origins: Classes” which builds on the original mod by allowing Classes. Classes are somewhat like origins, but they can be added on top of origins, and they have no drawbacks. Note that the benefits from classes are less game breaking, and more tame. I recommend playing without Classes first, but the download can be found here.

That’s pretty much all there is to know about Origins! This is a very cool mod that changes up the typical gameplay in a very interesting way. Rather than adding external items, biomes, and mobs that affect the Minecraft aesthetic, Origins creates internal changes on your character with permanent effects. There’s really nothing like it, to be honest. On top of all that, the mod creator has crafted it in a special way as to allow anyone to make changes as they see fit. Truly awesome! With that said, I hope this guide helped you, and good luck!

Server is crashing on startup:
This can be due to multiple issues. Most commonly this is caused by a duplicate mod, missing dependency mods, or incorrect mod versions. Origins has a few dependencies, all of which you can find here.

Duplicate Mods:
You can detect a duplicate mod from the console pretty easily. You will see an error that says “Duplicate Mods” with the mod name listed underneath it. Simply go into the FTP File Access, the mods folder, and delete the extra mod.