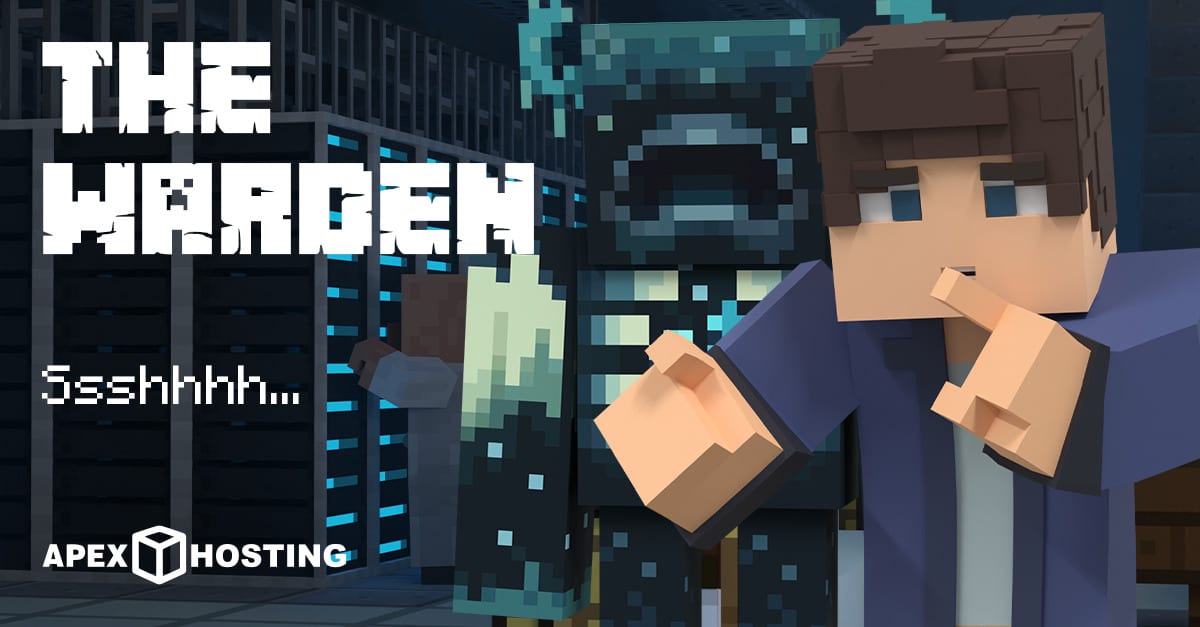 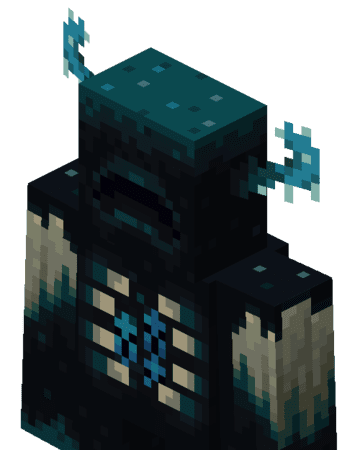 In the depths of the Deep Dark lies a dangerous giant cursed with blindness. He seeks out those who enter his domain, alerted by the smallest vibration. Those who catch glimpses of him freeze in place as they know..they know what he will do if they make a sound.

This horror which I am describing to you is dubbed ‘The Warden’ and is Minecraft’s newest mob which will be included in the 1.17 Caves & Cliffs update. Today, we’ll go over all we know about The Warden so far and some speculation for what we don’t.

Him and his domain

The Warden can be found in a new cave biome included in the upcoming update, the Deep Dark. Not much is known about the Deep Dark, mostly because it is still a work in progress. What we do know is that it is the only place The Warden and Sculk blocks can be found. Composed of Marble and lit dimly by candles, this is looking to be a more dangerous place than the Nether!

Now earlier I said that this dude was blind. Kinda rude, but it’s true. Because The Warden adapted to its low-light environment, rather than have eyes, it has Sculk Sensors on its head. These sensors detect all types of vibrations, from breaking blocks to placing torches. That’s why you can’t make a peep in his presence, or his sensor will pick it up and make a beeline for you! You’ll need to get clever, like tossing snowballs away from yourself. 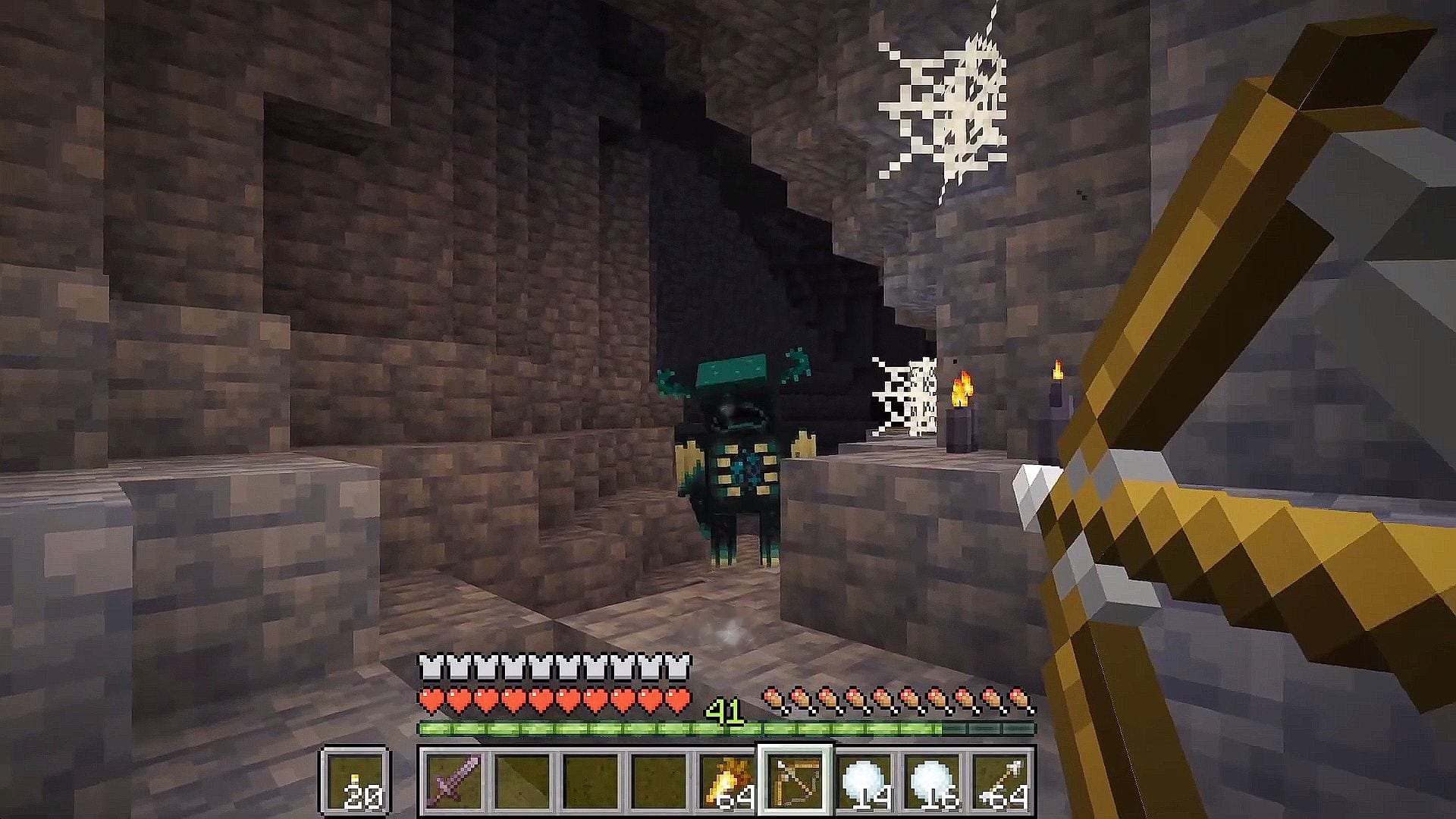 For reference, he’s a little larger than an Iron Golem, but much wider. He also seems to have much better animation than most mobs in the game, most likely a result of those Microsoft big bucks.

Now, we don’t know much about The Warden, but it never hurts to hear Dave’s endless banter, right? I have some speculation based on the original artwork and mythos as to what The Warden could be for Let’s jump in.

Firstly, a small theory. Based on the concept art, I believe that The Warden and Bunnies will have some type of mechanic where they become friends. This is only based on the small picture, but it portrays a bunny petrified in fear while The Warden gently handles him. That is so cute to me! 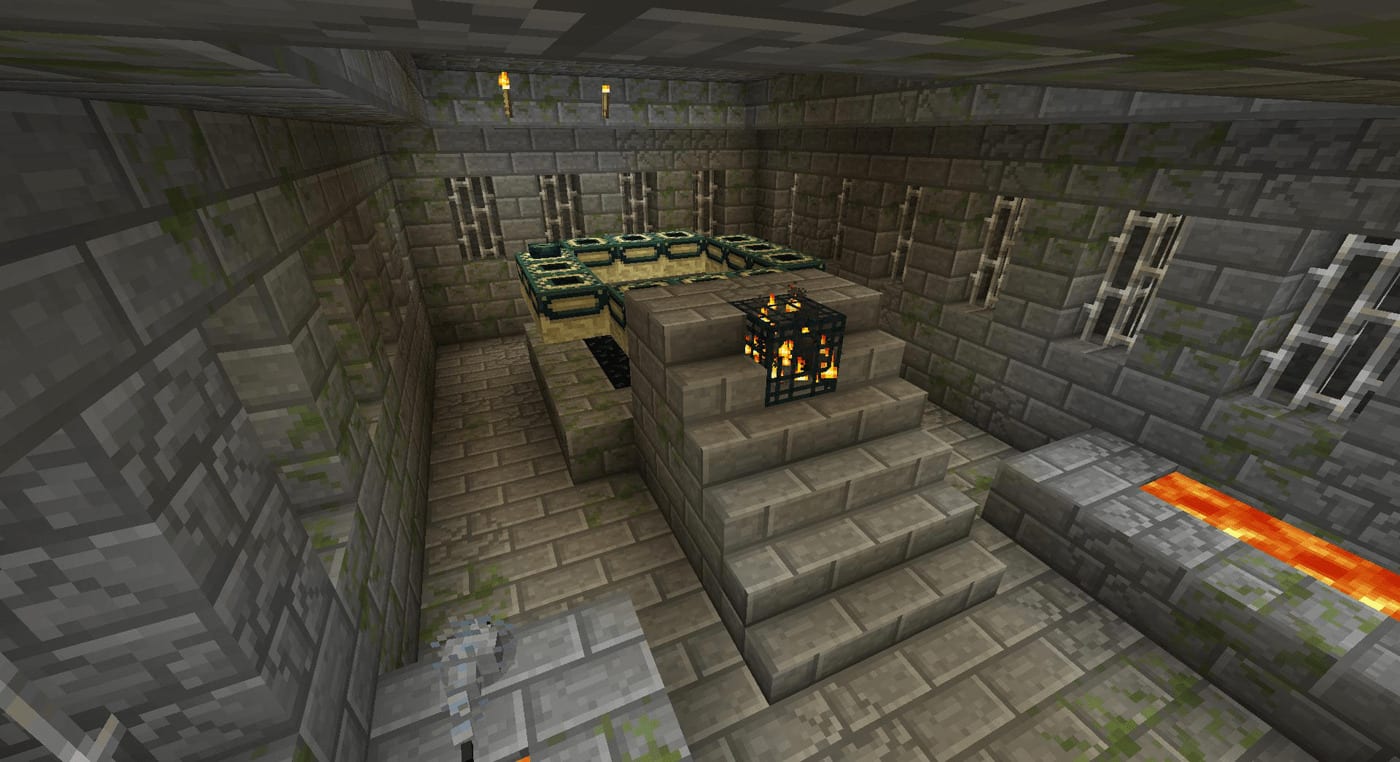 Next, the big boy that most likely won’t make sense. What exactly a warden? Google defines a warden as “a person responsible for the supervision of a particular place or thing or for ensuring that regulations associated with it are obeyed.” So what exactly is he supervising? I find it hard to believe that little room with a chest is all that he reigns over. With that being said, it must be possible that there is something that The Warden is defending. I discussed with some friends the possibility of Strongholds being repositioned to spawn only in the Deep Dark, making The Warden safeguard the only portal to the final fight. There really is no basis for this besides the name, but that’s how my speculation goes.

Well, that’s all we have. This is a pretty small writeup of everything we know about The Warden so far, which isn’t that much. It’s looking to be one of the most interesting mobs added to the game so far, being the first blind mob in Minecraft. I don’t really know what that means, maybe there will be more blind mobs in the future? I’m kinda running on fumes here, as Mojang doesn’t want to let us in on stuff that isn’t finished. With that said, you all have a great day!