What even is RTX? 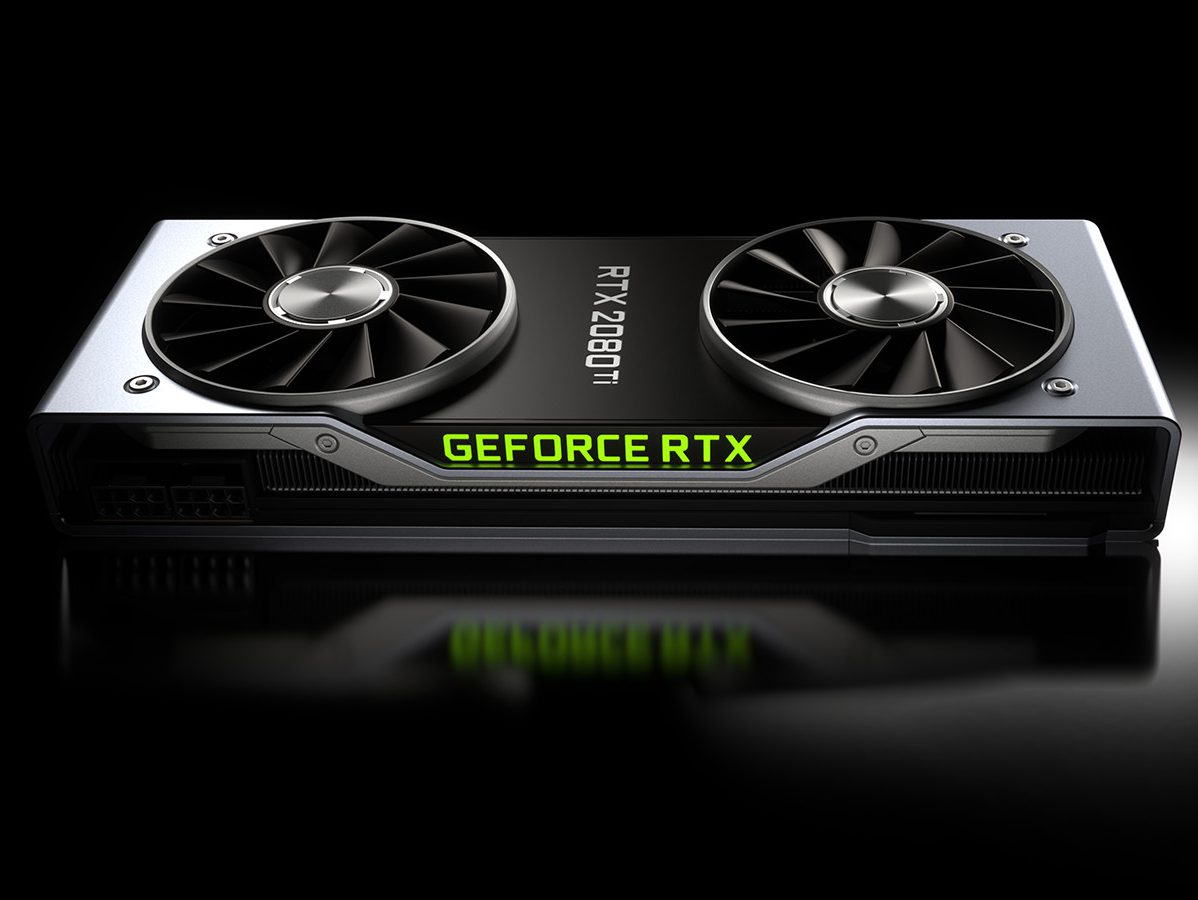 is a relatively new super demanding form of lighting in games that can create hyper-realistic scenes, but at the cost of tons of processing. The technology was brought to real-time rendering by NVIDIA’s RTX 2000 series of graphics cards. Real-time Ray Tracing does offer a much better visual experience, but at the expense of in-game performance.

Games normally use something called Rasterization, which uses approximation of how light behaves, allowing for faster rendering and framerates. Ray Tracing is another method of shading and 3D model rendering which more accurately portrays real lighting effects by actually modeling complex light interactions, in the form of tracing rays. Rasterization is used in games because it allows better performance, while Ray Tracing is used in pre-rendered, professional content (like Pixar) to achieve photo-realistic results. RTX uses ‘Hybrid Rendering’ which combines both methods by using Rasterizing basic structures and surfaces before ray tracing is used to compute light effects like reflections and shadows. This is currently the most efficient method used by NVIDIA’s RTX 2000 series.

How does this apply to Minecraft? (RTX Windows 10 Beta) 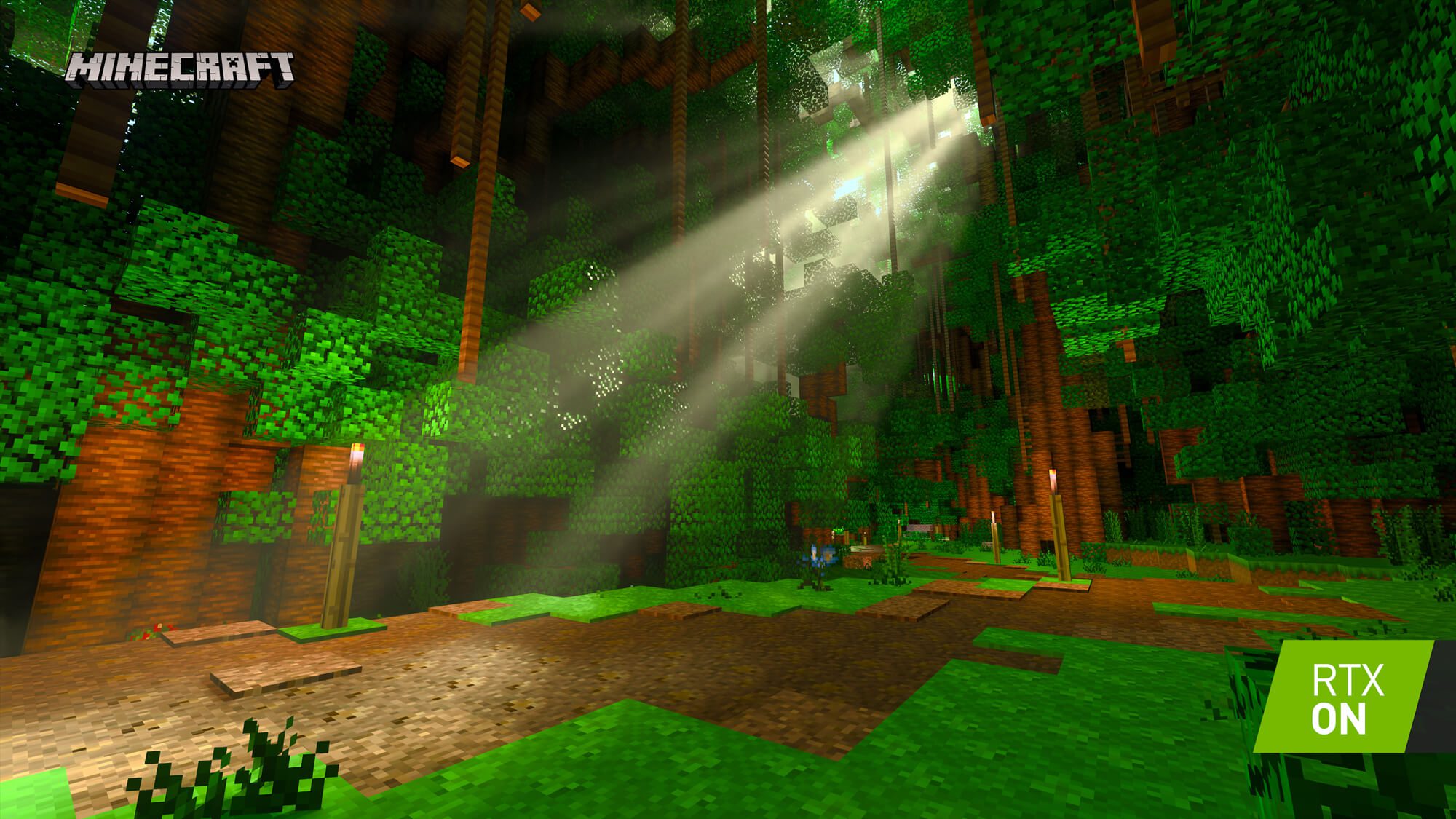 of this year, Microsoft and NVIDIA worked together to release the RTX Beta for Minecraft Windows 10 Edition. They’ve not only implemented real-time reflections and color blending, but reworked how water and lighting combine to create caustics as light hits it. In this beta, real-time Ray Tracing has been able to accurately leverage color theory for real-time color blending. Not only this, but ‘Mirror Blocks’ were showcased, which have infinite reflectivity using color, light, and shadow RTX. The main benefit of all of these enhancements is Global Illumination, reflections, and refractions. On top of these features, Minecraft has added different types of labeling to their blocks to regulate how light would reflect against them. For example, carpet will not reflect light nearly as much as gold.

ll of these features might sound like a lot of buzzwords, but they all combine to create a more immersive experience for the player. Not only will the world be much more beautiful, but it will now accurately portray real-world lighting properties to the smallest detail, and that’s just awesome. If you want a more detailed explanation and visualization of these features, NVIDIA has a video seen below:

So, all of this stuff is cool, but what does it mean for you? Most likely, nothing. A large portion of people don’t play Minecraft on PC. Perhaps that’s PS4, Xbox One, Switch, Mobile, or even last-generation devices. Due to the nature of how RTX works on Minecraft, it cannot be obtained without an RTX capable graphics card, which is currently only possible on PC. Even for the remaining bunch of PC players, whether that be Java or Windows 10 Edition, an even smaller percentage of those that even have RTX capable machines exist. As of this time, RTX cards are extremely expensive while also resulting in performance drops when RTX is active. Some might argue that there is no point in Microsoft taking this step since it affects such a small fraction of the players.

With that said, the technology will eventually become cheaper to produce and more popularized resulting in it being an easier purchase. Perhaps due to the unfortunate circumstances the world is in right now we might even see a price drop from NVIDIA in the hopes of increased sales numbers.

At E3 2017, the ‘Super Duper Graphics Pack’ was announced for the Bedrock Edition of Minecraft. Unfortunately, as of 08/12/2019 Minecraft staff reported in a blog post that the Super Duper Graphics Pack was ceasing development due to performance issues across different versions. They ended this post with “…we’re stopping development on the pack, and looking into other ways for you to experience Minecraft with a new look.”

Recently Xbox has revealed Minecraft RTX gameplay using Xbox Series X hardware. The Playstation 5 has also been revealed to possess RTX capability. With this knowledge, it can be assumed that with the new hardware of the next-generation consoles being RTX capable, we could see the return of the Super Duper Graphics Pack. 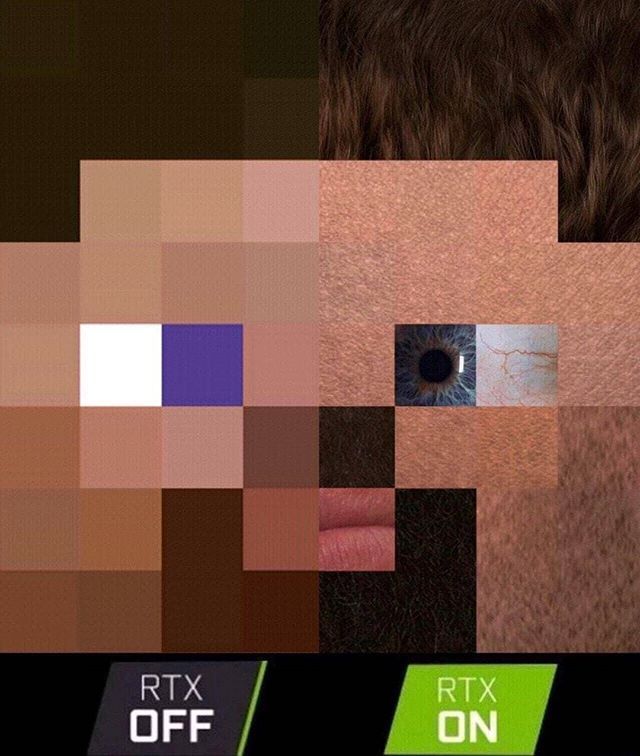 Minecraft RTX is definitely impressive and shows us what the future of graphics will hold, but it might not be ready just yet. Although Microsoft and NVIDIA have worked diligently to show what Minecraft can become, at the moment, for the majority of Minecraft’s player base it is inapplicable. However, for next-gen console owners and fortunate enough PC users, there is a new way to experience their favorite block game.

What do you think? Is RTX the future of Minecraft? Or is it just a gimmick that pleases the niche few?