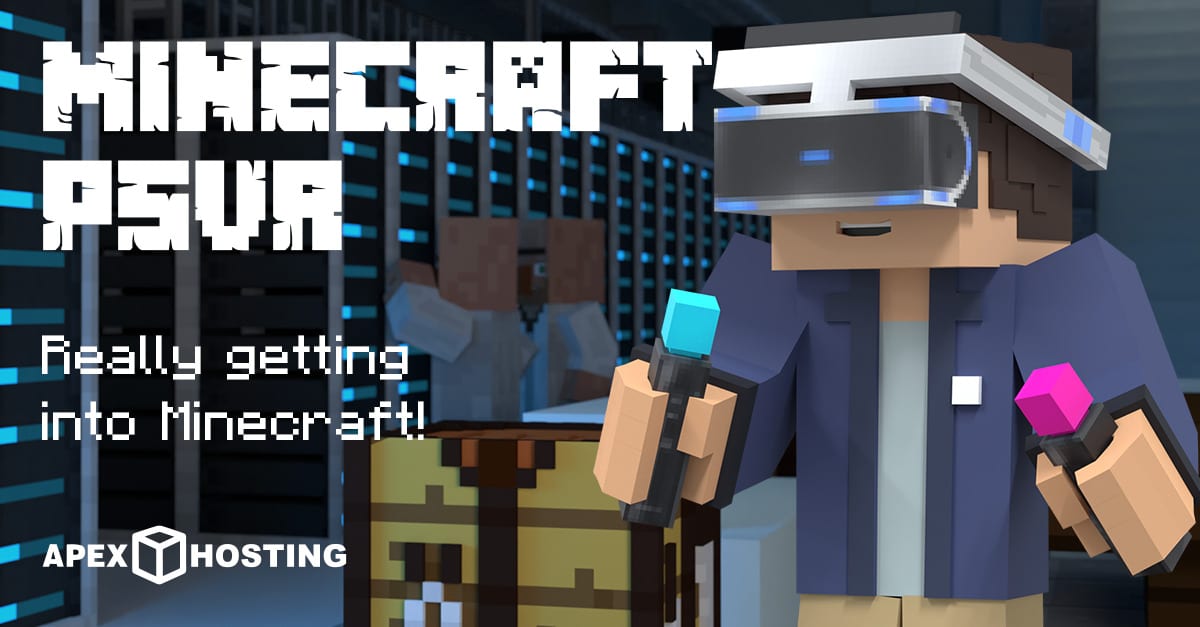 Now, there’s only one thing better than playing Minecraft, and that’s playing Minecraft IN Minecraft! What’s that mean? Well, I’ll tell you. For the first time, there is official support for virtual reality in Minecraft. To get a piece of the pie, you’ll need to boot up your PS4 along with your PSVR, and then you just play Minecraft. It’s that simple! Now, you may not be as efficient in VR as you would be normally, but it is definitely an experience. Traverse the same biomes, structures, and worlds. Fight the same mobs, bosses, and hordes. Build similar houses and farms. But this time, it feels much more interactive.

VR is a little strenuous on people who aren’t used to it, and also people who get motion sickness easily. Minecraft has thought of a solution to this, however. Basically, when you play Minecraft PSVR, you’ll be able to choose between two different modes. Living Room mode, and Immersive mode.

Living Room mode: You’re thrown into what looks to be a living room made in Minecraft. You will be playing the actual game on basically a large television. You can still move in the room, but this mode is meant to slowly introduce people who get sick easier or haven’t done VR before to the concept. I recommend this mode to all newcomers, regardless of how adventurous you are. 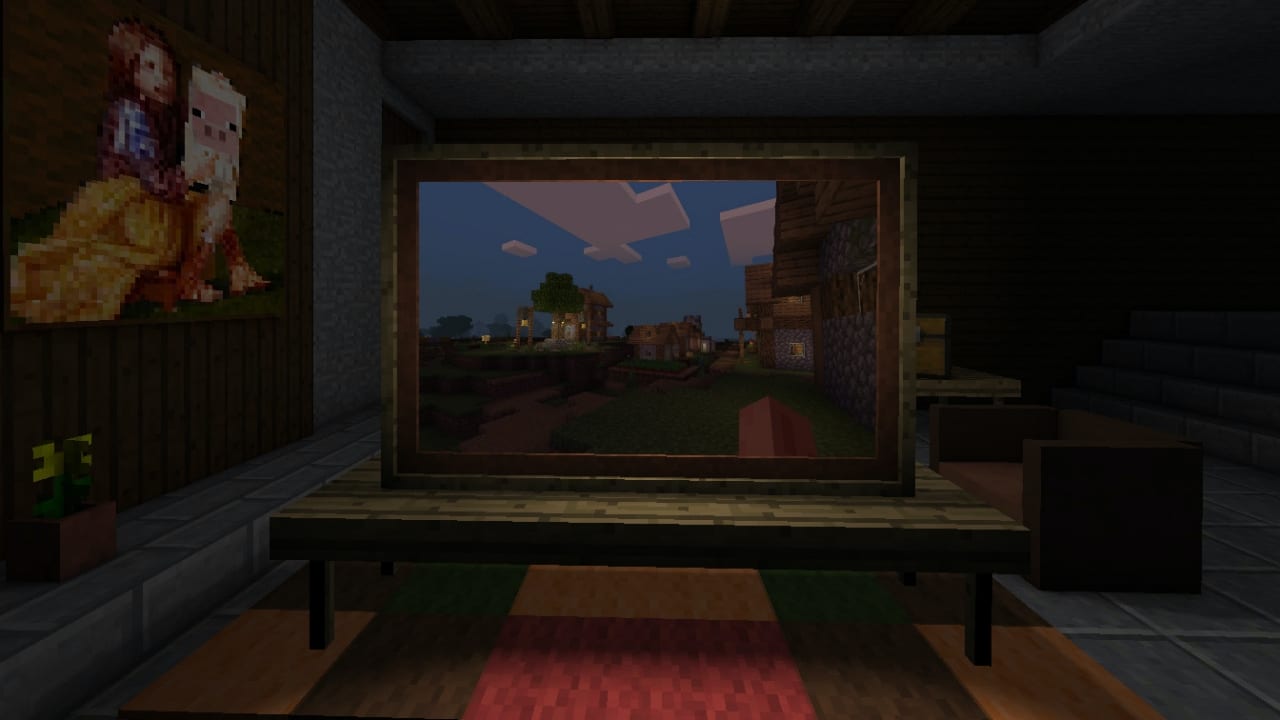 Immersive mode: Exactly how it sounds. This just throws you physically into the Minecraft world. This can be nauseating, and usually even the most hardened of gamers can only handle up to a few hours before needing to take their VR headset off. Some things are different about this mode for ease of use, like movement and such, but for the most part, this will be classic Minecraft as you’ve always known it. Just imagine you’re looking through the eyes of your character and you’ll be fine. 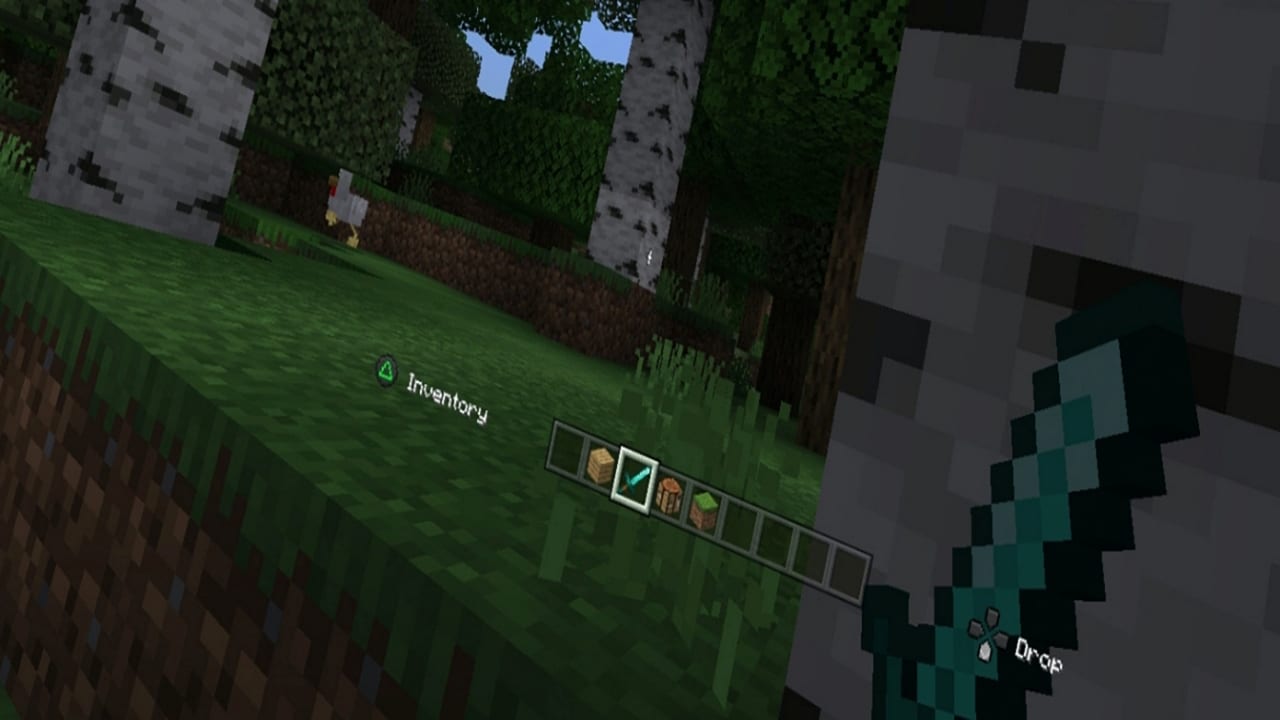 This is a relatively simple explanation of what Minecraft PSVR is, but there isn’t much to report. Hopefully in the future, Minecraft will add official support for Vive and Oculus so more people can enjoy being blown up by a creeper or shot by a skeleton, fully immersed. I particularly was interested in Living Room mode as a means of introducing people to VR in a controlled environment that offers minimal 3D spatial movement. This may sound like a bunch of jargle, but this mode is very cool in that new people will be able to experience VR. Minecraft has always been one of the most accessible titles in gaming, and now they continue that trend in this new immersive environment.