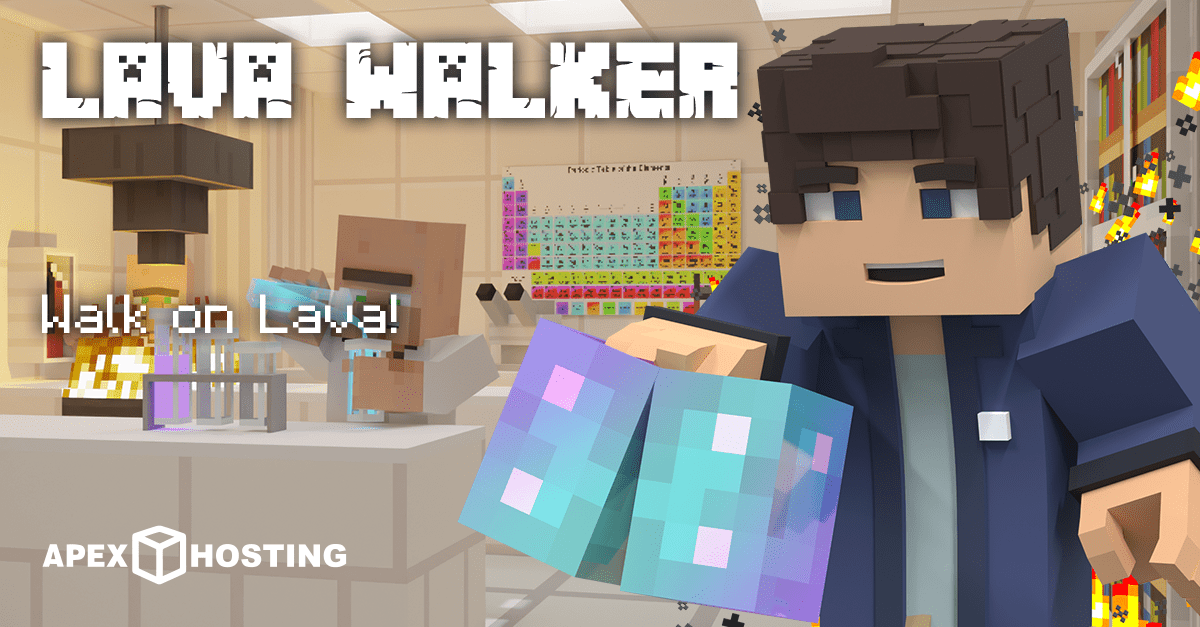 Long ago, years in the past, Minecraft had an amazing update in the form of 1.9, the Combat Update. In this update, an amazing enchantment was added in the form of Frost Walker, an awesome utility enchantment for boots that allowed the player to walk on water by creating ice under their footsteps. It was incredibly useful and very cool. But ever since that day, years ago, players have been aching for an enchantment with similar functionality that works on lava. Eventually, in 1.16 the Nether Update, Mojang added Striders which served as a method of traversing lava lakes. But that just won’t suffice. Our hunger for overpowered enchantments is infinite, yet our patience is limited! Because of this, today, I’m going to show you how you can bypass Mojang’s inherently flawed decision to walk on lava with ease with the use of datapacks. Let’s begin.

So, Lava Walker, also known as Magma Walker is a fairly simple enchantment idea. Basically, after applying the enchantment to some boots, you can walk on lava. When walking on said lava, the blocks under you (along with a small vicinity) will be turned into basalt temporarily. We will be accomplishing this by using a nifty datapack.

But whatever do I mean? Well, datapacks are unique to mods in that they don’t require any setup on the part of players joining your server. To simply put it, datapacks change existing content that already exists while mods add new content. This is how we’ll be able to walk on lava despite not adding any mods to our game. You can check out how to install data packs on your game client and server here.

This enchantment is super useful and definitely a must-have when traversing across massive pools of lava in the Nether. To get the enchantment, simply drop an Enchanted Golden Apple and Netherite Boots together. It makes sense that Netherite boots would be required to use this enchantment, since Netherite is the only lava-proof ore in Minecraft. As a final tip when using this enchantment, don’t jump. It’s fairly easy to skip over the basalt floor you’ve made for yourself if you’re jumping.

Versions and Download – This data pack is available for versions 1.16.5, 1.17.1, and 1.18.1. You can find the download hosted on 9minecraft.net, created by the ever so talented _Blue_Axolotl. Unfortunately, there isn’t much support for versions before 1.16, including popular versions like 1.12.2 or 1.8.9. This is because this is not a mod, but rather a simple addition using assets that are already present in the game.

That’s the whole data pack! Although we went over what could be considered one of the most highly demanded features in all of Minecraft ever since 1.9, it is a fairly simple data pack. I would recommend tacking on this small little addition to your server or single-player world just for the fun of it. While it does undermine the existence of Striders somewhat, it’s just so fun to play around with. In any case, I hope you found what you were looking for, and good luck traversing those lava lakes!