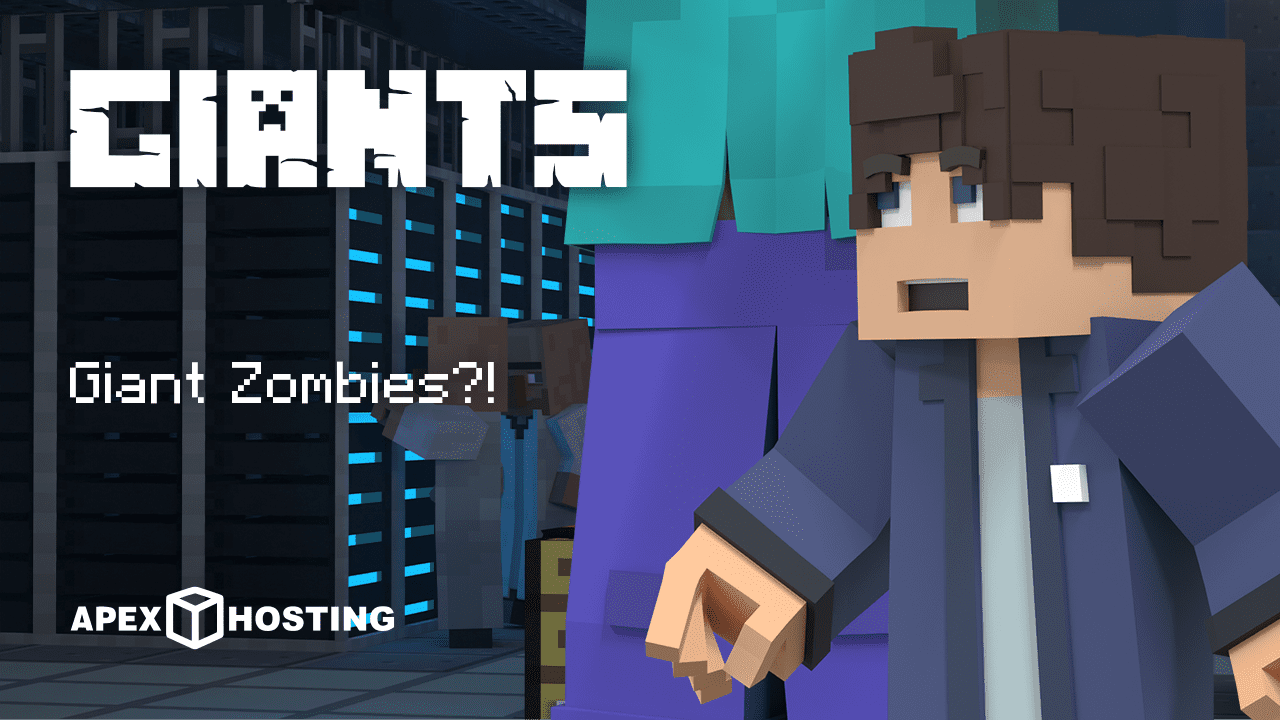 Yeah, you read that right! Despite not having any mods or plugins installed, Minecraft has a legitimate way to play around with giants! It’s a little iffy, and the history of these gargantuan mobs isn’t well known, so today we are going to go over everything there is to learn about them along with their history. Let’s begin.

Giant zombies! Saying the word ‘giants’ is somewhat false advertising and clickbait on our part, but cut us some slack! We need the web traffic! Anyway, the only Vanilla mob that can be spawned in as a giant version of itself is the Zombie. It’s pretty odd, but since this is a feature from the earlier version of the game, it makes sense that it would affect one of the original mobs.

Giant Zombies are 12 blocks tall, but for some reason, they actually have no functionality. As of the most recent version of Minecraft, giants have no AI or programming at all for that matter. They are visually identical to normal zombies, but they behave pretty oddly.

For some reason, they always face South and will never face another direction unless you force them to with commands. They’re not considered an undead mob, but are considered hostile. They do not burn in sunlight, or become Drowned when drowning.

To summon your own giant, you can do so in the current version of the game with a basic command. Simply type ‘/summon Giant’ and you will conjure the largest mob in the game! Giants were added to the game in Indev 0.31. If you don’t know what that is, it’s a super old version of the game! Back then, they not only spawned naturally, but would fully attack the player.

Eventually, they were removed by Notch because they were considered overpowered, but he kept the code in for them to be spawned in because they were “just too cool to remove” to be fully removed. In Snapshot 14w06a, the Giant’s AI was removed. We don’t really know why, but now we’re left with just the model in an idle animation.

Well, that’s everything! Giants are pretty cool, despite their lack of functionality in the modern day. Minecraft is an everchanging game, but due to its nature of being a passion project by a single man, we can still see the remnants of the cool stuff that built up the game back in the day. Although they aren’t exactly how they were all the way back in indev, I’m glad giants are here to stay. In any case, I hope this blog taught you something new, so have a great day!