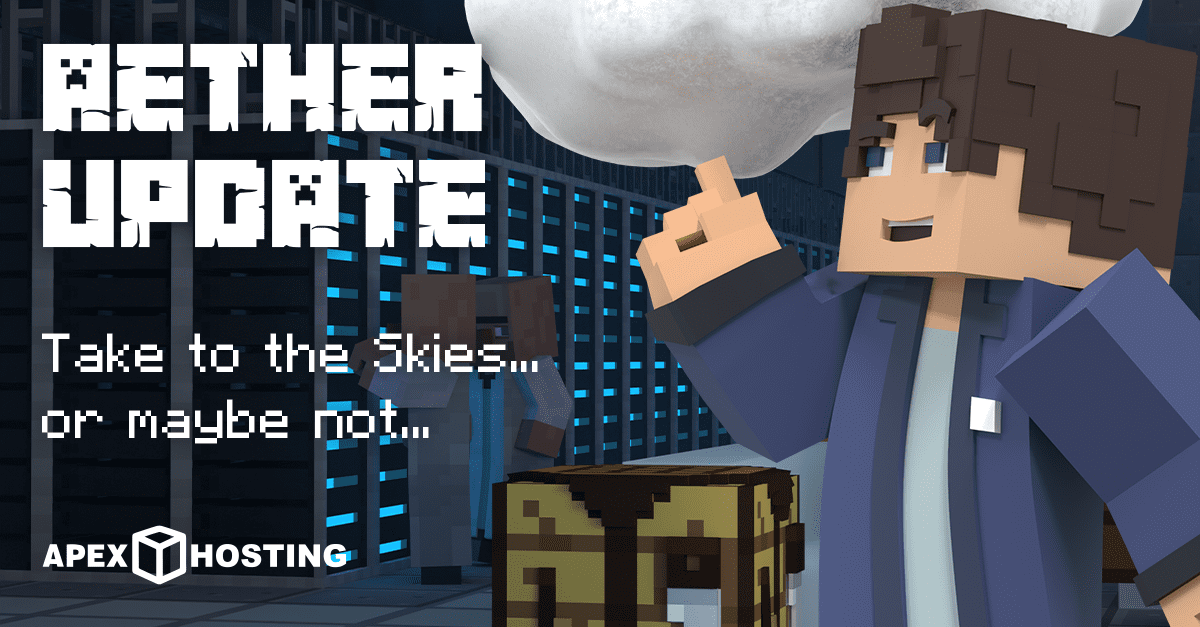 Minecraft has two unique dimensions to visit and explore, which most players know by now. These include a fiery hell world called the Nether, with the second being a mysterious space-like void dubbed The End. Each of these locations provides you with loads of new items, mobs, and resources to use in your adventure. However, there’s been a rumor going around for years that contradicted the two official dimensions. Introducing the Aether, a sky world filled with hostile creatures, dungeons, and brand new materials. Countless players have tried entering this place, but were met with disappointment. Is this dimension real? If so, how can I access it? Some people have seen detailed footage and gameplay videos about the Aether, so it must exist. Sadly, many have tried and failed to use the Aether despite all the evidence for its existence. This creates confusion in the Minecraft community, so let’s set the record straight!

The Aether dimension originated from Brandon Pearce, aka kingbdogz, as a Forge mod released in the early days of Minecraft (2011). This modification adds brand new items, blocks, mobs, and world generation to create a unique environment that was never before seen. It’s a hostile floating place to explore, so the developer gives you a free parachute to ensure your safety. Be careful to not trip and fall! There’s even boss fights to encounter in special structures, giving players a difficult challenge to overcome. Due to its popularity, kingbdogz moved the project to CurseForge in 2016 so any modder can enjoy this classic Minecraft experience.

Ever since the mod’s release, it gained such a following that new players thought it was real in vanilla Minecraft. In other words, imagine you’re trying to make the glowstone Aether portal to only see it fail. This sparked tons of memes about it, as almost everyone attempted this once in their life, including myself. If you haven’t tried this out before, then you’re in the minority group of players. Thousands of people got unmotivated and possibly depressed after realizing it’s fake, but some went looking for answers. This is when they figured out it was a modification, which introduced them to a brand new way to play Minecraft. 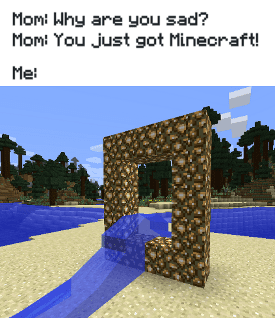 Many players hope for a dimension update that brings the Aether to life, especially since the community hasn’t seen a new one in a long time. This would be an amazing opportunity for Mojang and everyone that loves Minecraft. Interestingly enough, the creator of the Aether works for the company and could potentially introduce the dimension to the game. Of course this is all speculation, but there’s a real possibility that it may come true. This leaves us with one question, when will the Aether be officially released in Minecraft? Unfortunately, there isn’t an answer. However, countless people suspect the upcoming 1.20 update to have this new dimension. Don’t hold your breath though, as it’s extremely unlikely Mojang will add it anytime soon.

The Minecraft Aether update doesn’t exist, yet. In the meantime, you and anyone else wanting to play in this dimension will have to install the mod. We encourage players to try it out since it’s a really fun addition to the game! Whether you’re wanting to fend for yourself against bosses or explore the new weapons, the Aether mod offers you lots of new features. However, Mojang may decide to implement the dimension at some point in the future. This means everyone will have to wait until that happens, but luckily there are alternatives. Even the Bedrock edition of Minecraft has an Aether addon available in the marketplace, but costs money. We hope this helped you learn more about this dimension and the possible update for it. Have a good one, gamers!