Setup and Play an MC Eternal Server in Minecraft

As time progresses, vanilla Minecraft often attempts to add more features, but often misses the same spark as modded. MC Eternal is one of the most popular modpacks as of late, handcrafted over the course of 8 months to provide one of the most varied and unique experiences that includes tons of thrilling Adventures, Magic, Science, Quests, Combat, Bosses, Automation, Exploration, Rats who shoot cheese from cannons! With an expansive optional questing system along with the plethora of mods, you can feel rewarded for doing whatever you like with all your friends. With Apex Hosting, it is very easy to use an MC Eternal server, so today we’ll be showing you how to do it.

MC Eternal is a mod with over 2.5 million downloads with around 300 mods. Hundreds of materials for Tinkers’ Construct, over 750 quests, massive multifaceted factories, dozens of tameable pets, economy systems, town building, distinctive RPG elements, secrets, collectives, a unique bounty system, and so much more are all compiled together to create Eternal!

Upon first spawning into the world, there are a few changes that are helpful to know. 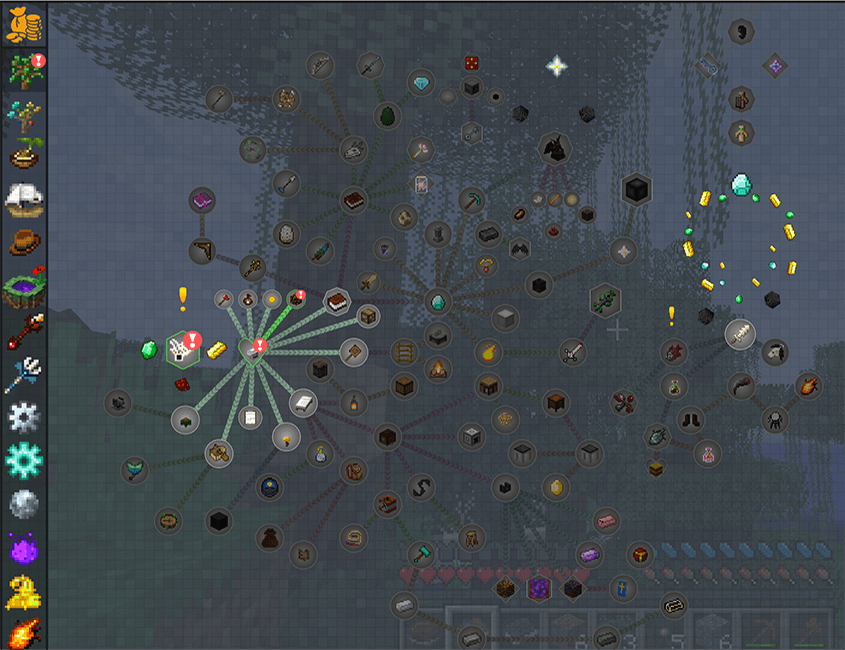 Upon first spawning in, one of the items in your inventory should be the Quest Book. Once opened, it provides quests to complete for rewards. 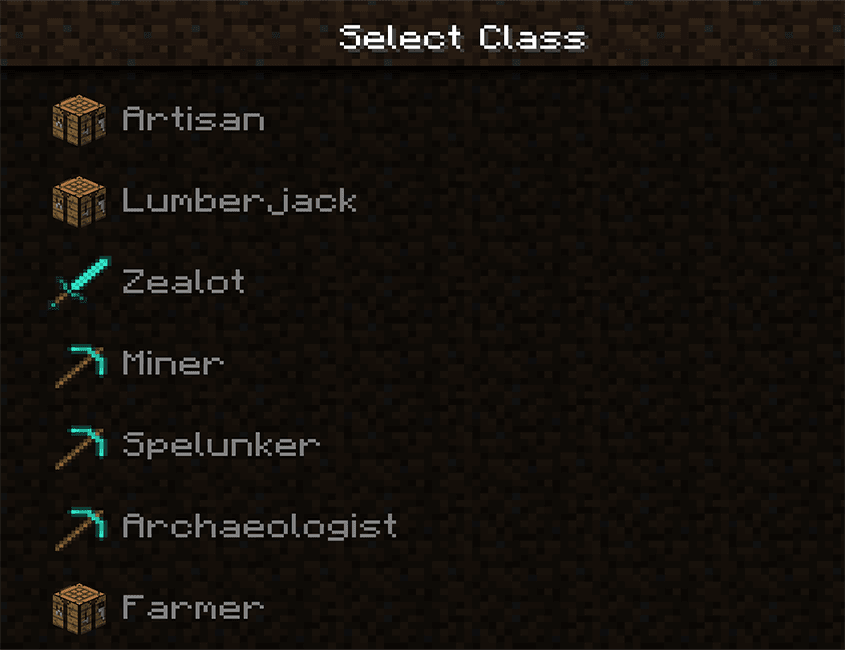 The other item in your inventory should be the Skill Book, which allows you to choose a class and level up specific skills. 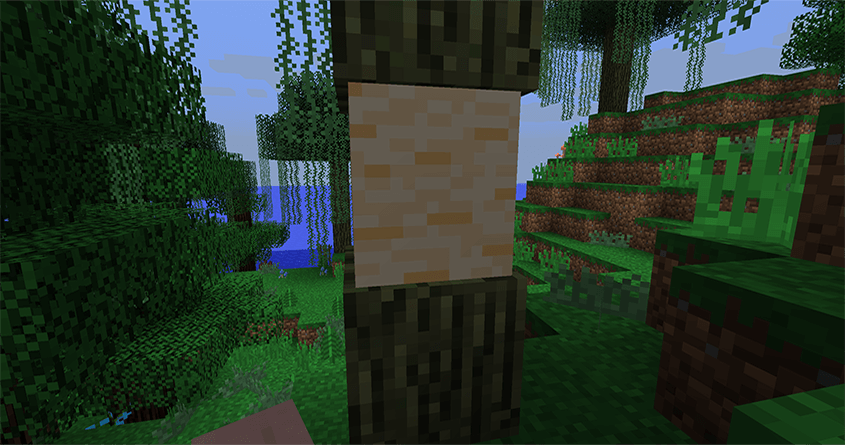 When breaking trees, you may also notice that the entire block doesn’t break. You’ll need to break the same block multiple times, which will cause the blocks above to collapse. 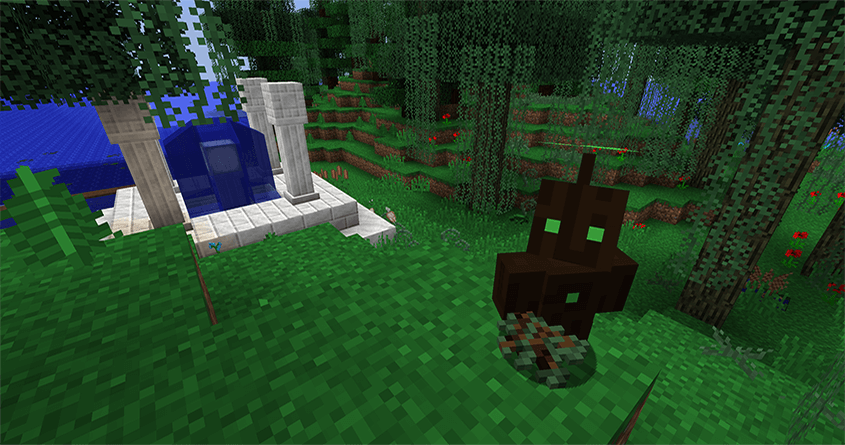 As you explore, you may also find a multitude of structures. Some may be simple fountains, others may be full towers to climb and conquer for rewards.

There are many mods included within the pack, but there are a few examples: 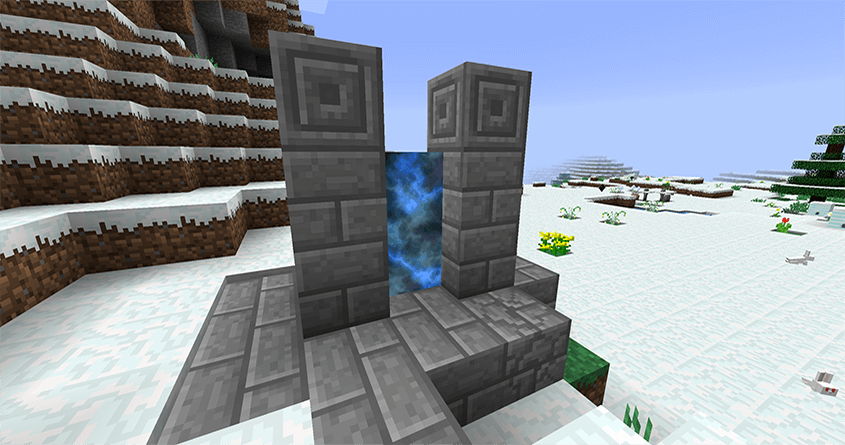 As you explore the world, you may notice strange Dimensional Doors across the land, which will lead to pocket dimensions filled with dungeons and traps. 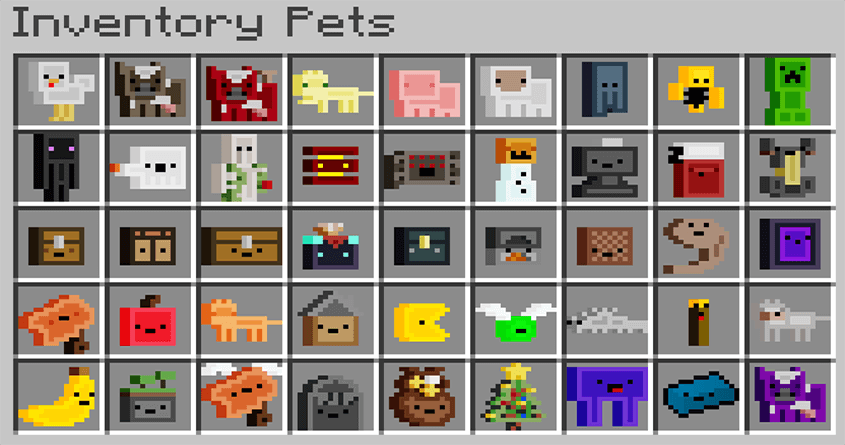 The Inventory Pets mod adds an interesting loot mechanic across the world. As long as you can feed them, they grant a large variety of powers. 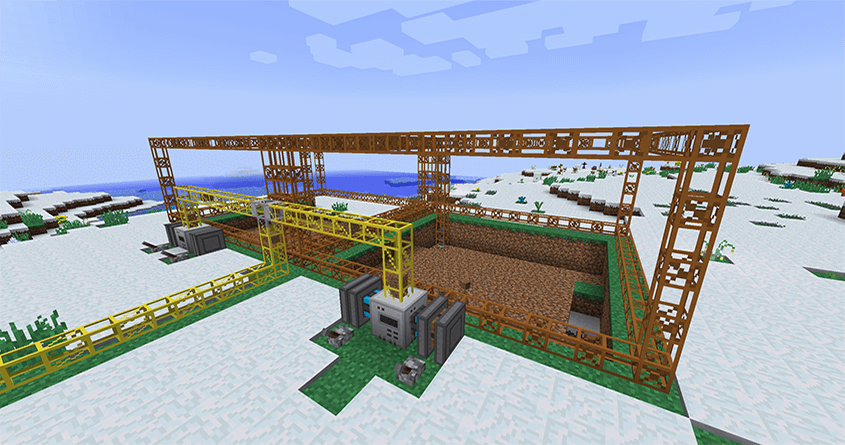 The Buildcraft mod has several uses, such as building quarries to extract ores and blocks for you. 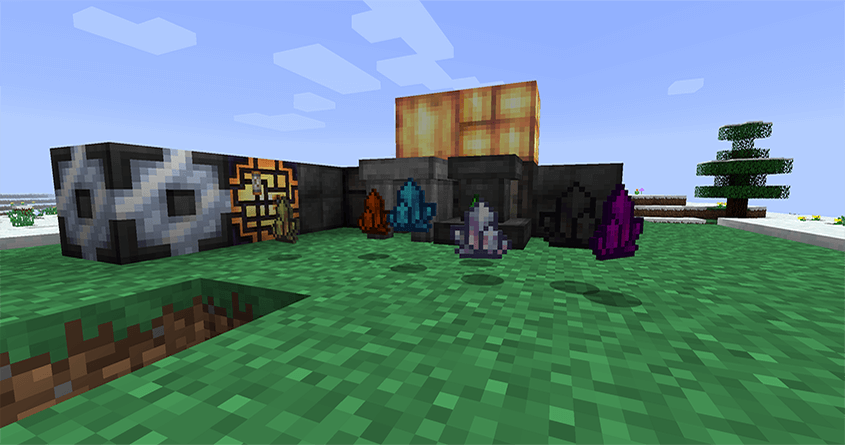 With the Thaumcraft mod, you can extract essence from materials and create miracles and magic. 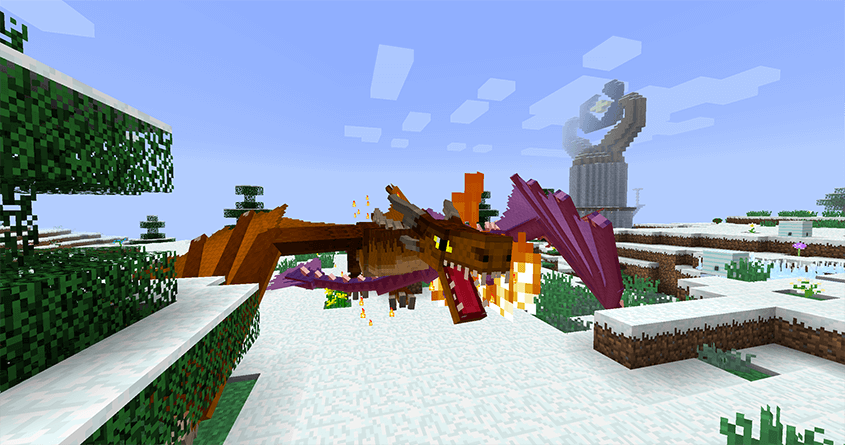 The Ice and Fire mod adds strong dragons to be fought and tamed. While there are not many variants, there is armor and much more to obtain. 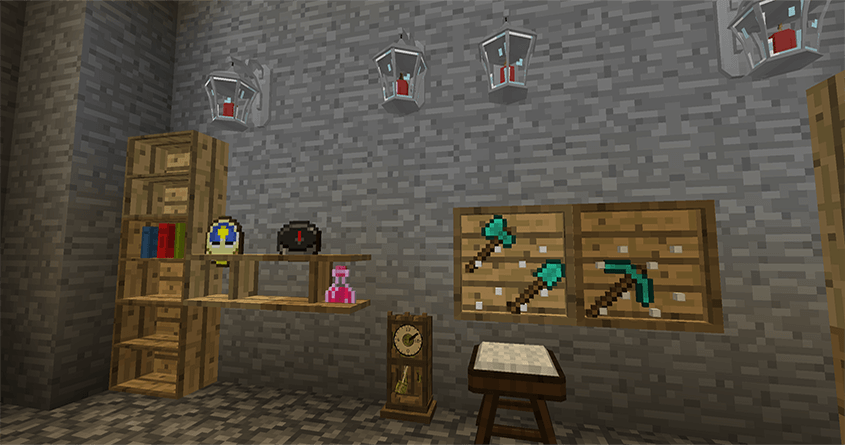 With so many items, a way to organize them will be more than helpful. Thanks to BiblioCraft, you can display your items and tools for aesthetics and easy access. 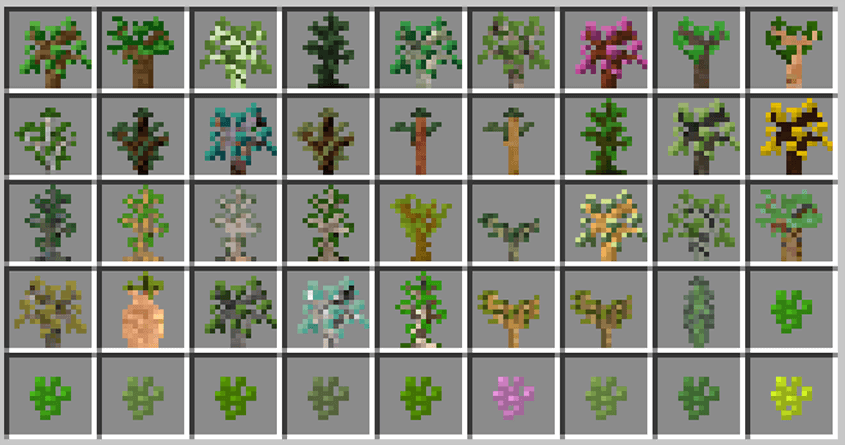 The Forestry mod focuses on renewable energy, but also the breeding of trees, bees, and butterflies. Offering a large variety of items, there’ll be many options to customize your world. 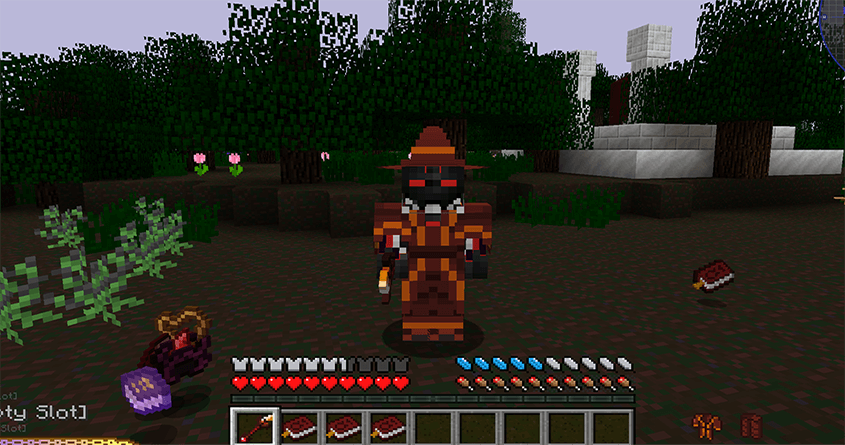 With the Wizardry mod, magic has never been easy. Obtain a wand, collect or purchase spells, then blast your enemies into oblivion. 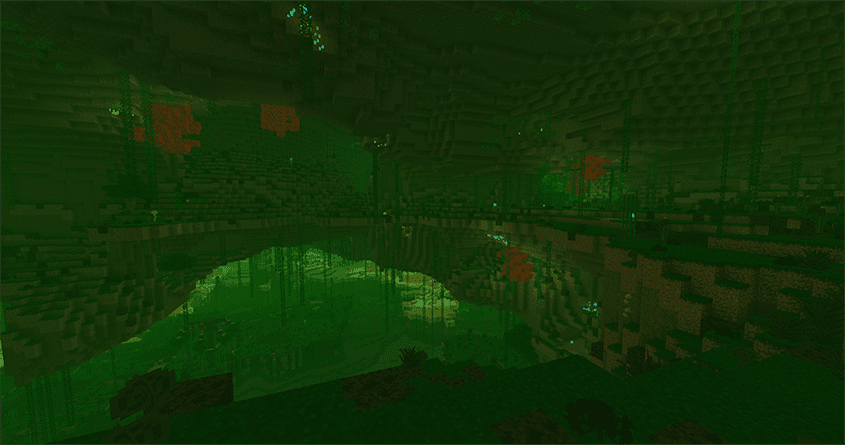 To access The Erebus, you must first build a portal out of stone bricks, then fill the shape with leaves. Once complete, combine a keystone and a staff of Gaea in front of the portal to access the dimension of the arthropods. 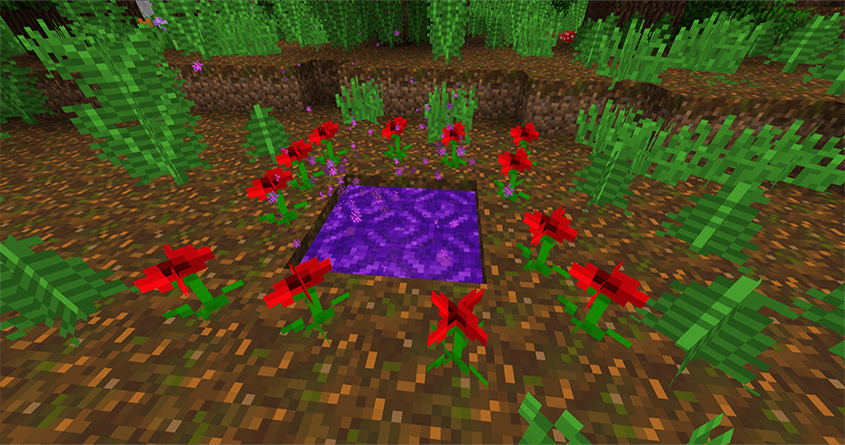 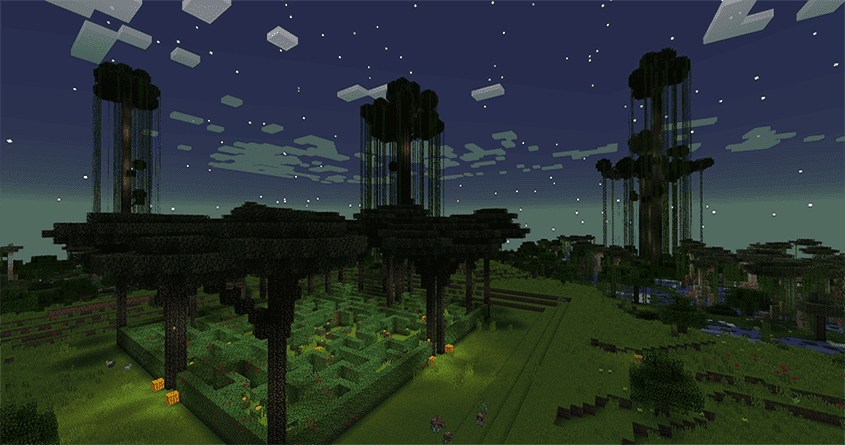 To dive into the Twilight Forest, you’ll first need to make a 2x2 hole filled with water, then surround the outside with flowers. Once done, toss in a diamond, which will activate the portal to the forest dimension. With dungeons, bosses, mazes, and more, the Twilight Forest offers tons of end-game content. 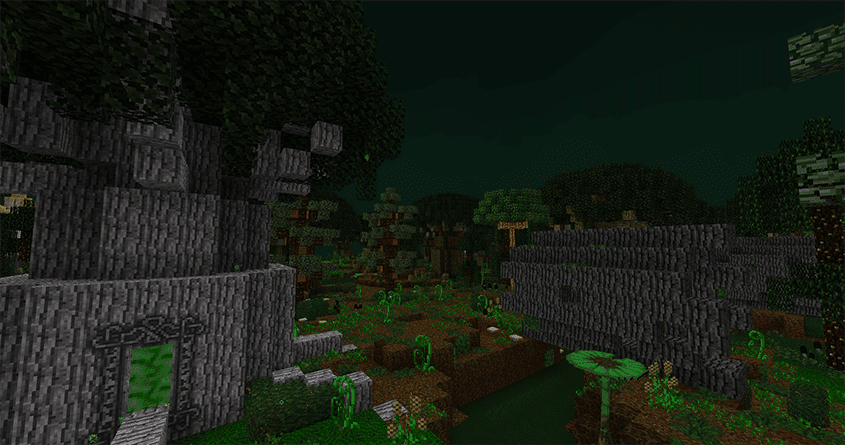 The Betweenlands is a beautiful, yet dangerous dimension. To access it, you must first obtain a swamp talisman. Once in your possession, find a flat area with no important buildings, place a sapling, then use the talisman on it. This will create the portal tree and allow access to the dangerous world. 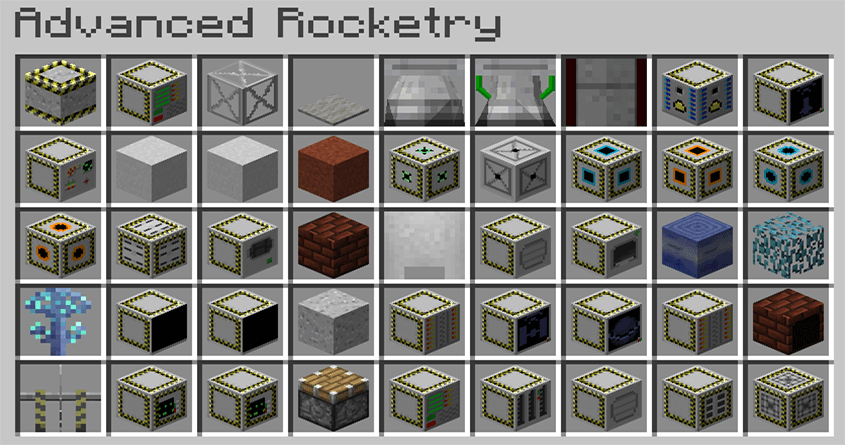 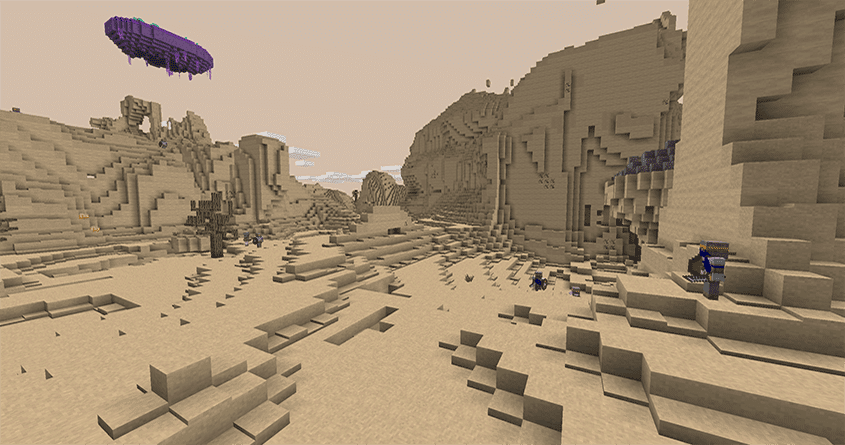 With MC Eternal, accessing the Atum is not as simple as it usually is. Instead, it is only accessible through the Advanced Rocketry mod and space. Once you have a space station and can warp to various locations, the Atum will be accessible

Overall, the MC Eternal modpack is a great option for those who wish to explore the world to find a multitude of buildings and options to become strong. This is a very large modpack and often requires larger amounts of memory to run, so it is recommended to have a strong PC to run this pack as well. Otherwise, there is also an MC Eternal Lite version for use. Whether you focus on creating the strongest tools or aim to gather all of the spells in the Wizardry mod, there is always something to do.

I get an error when joining the server:
Often, if a player is unable to join the server, it is because the modpack isn’t properly installed on your own computer. Ensure you are using the official MC Eternal modpack to have all of the proper mods installed to join the server.

Modded items aren’t spawning in the server:
If the mods appear in the creative menu but are not properly appearing on the server, it often means the server is not properly using the modpack. Ensure that the server was switched to MC Eternal through the panel and restarted to load it up.

How To Change The Minecraft Server Version
MC Eternal CurseForge

How To Make a MC Eternal Server With Apex Hosting