In vanilla Minecraft, part of the fun is travelling to other dimensions such as the end to fight the dragon and explore. However after this, there is little to do in these areas. Introducing The Twilight Forest, a mod that aims to add a whole new dimension to the end game. Featuring a massive forest, tons of new mobs, and plenty of bosses, there’ll be plenty to do. With Apex Hosting, installing mods on your server is easy, so today we will show you how to get started.

The Twilight Forest mod is a massive mod by Benimatic with many fellow authors and contributors. With over 50 million downloads, it is a very popular mod and has been around for a long time, with versions available all the way in Minecraft version 1.0.0.

You can now click “Play” to start the game, which will load up the mod on your own computer.

The server should now start up with The Twilight Forest mod installed, generating a new world to play in and access the dimension.

The Twilight Forest mod adds a whole new dimension to explore. This area is packed with features, structures, and bosses to find. But first, you need yo

To create the Twilight Forest portal, you must first dig out a 2×2 area and fill it with water. 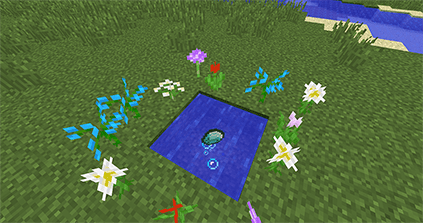 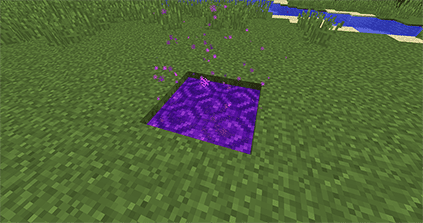 Then, create a ring of 12 around it using plants and flowers. Once this is done, simply toss in a diamond to open the portal. Beware of lightning, however. Once you are ready and geared up, hop into the portal to enter The Twilight Forest. 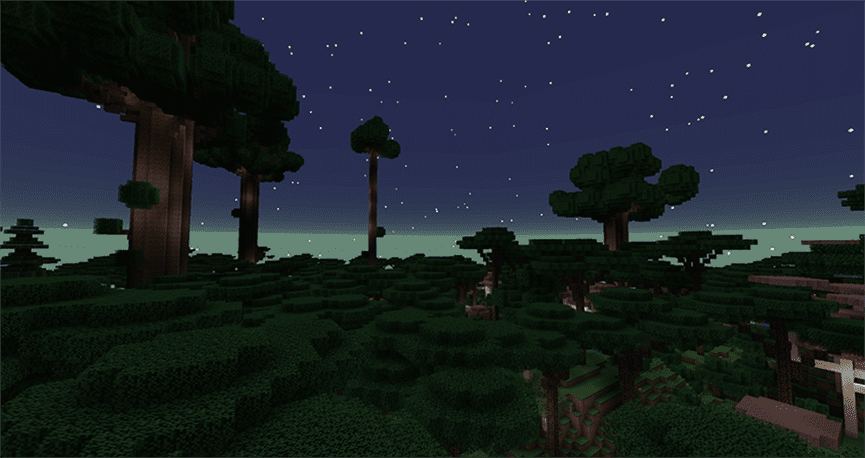 Upon entering the dimension, the first thing you will notice are trees as far as the eye can see, as well as the eternal night. Make sure to write down the coordinates of your portal, otherwise you may risk getting lost. 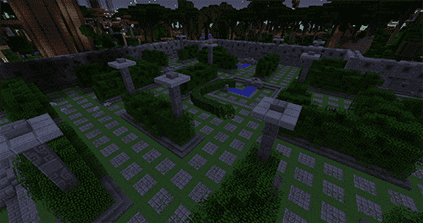 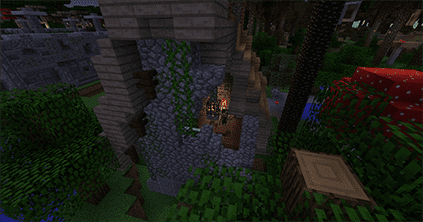 Throughout the vast forest, you may find buildings and locations scattered about. These can contain one-time loot or even a boss. 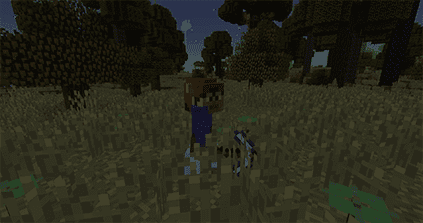 The Redcap Goblin is a hostile mob that you may find in Hollow Hills or Goblin Knight Strongholds. They will often attempt to circle around a target, or may even use TNT! 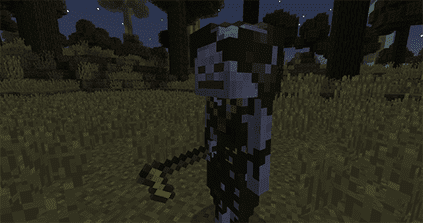 Yet another hostile mob, the Skeleton Druid can be found within Druid Huts or within the Dark Forest. They attack through poison spells and may also create leaves or grow grass around them. 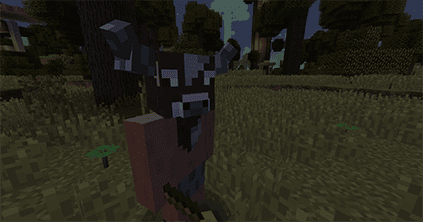 If you haven’t caught on by now, the Minotaur is a hostile mob that is found in underground labyrinths. These creatures hit hard and fast, dashing around in order to destroy their enemies. 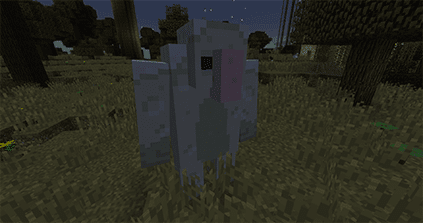 Inhabiting the Highlands, the Cave Troll will attack with some surprising speed. With 15 hearts, taking on this creature with a ranged weapon should be effective. 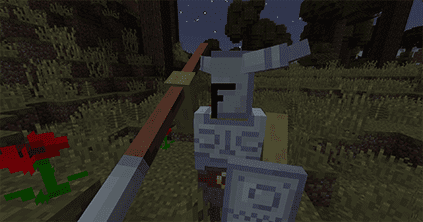 The Goblin knight is actually two hostile enemies stacked on top of each other. By defeating the lower half, it will lose its shield, leaving it vulnerable. 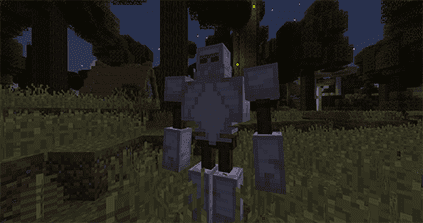 While they may appear like an iron golem, the hostile Carminite Golem will attack on sight. These creatures have 20 hearts, will toss you in the air, and may inflict fall damage. 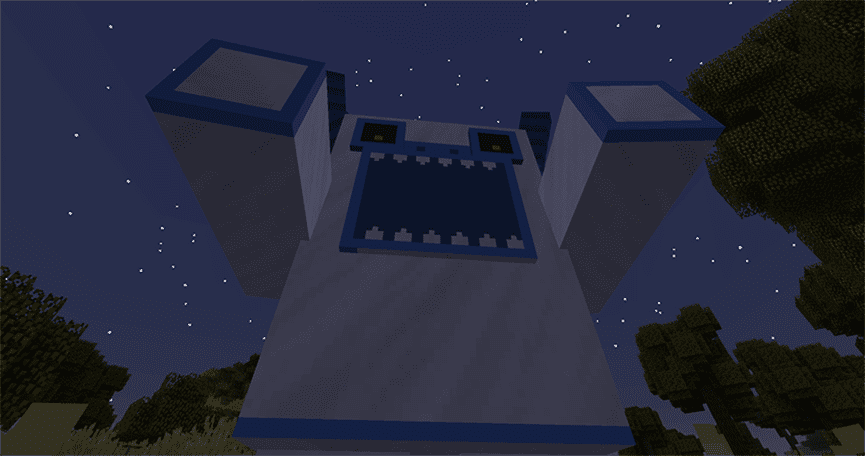 A boss-type creature, the Alpha Yeti is a large creature with 100 hearts. It will throw giant ice blocks at the player that forms a freezing field that damages over time. If you get close enough to it, it will begin a jumping attack, which causes more ice blocks to fall and even knock players back.

Once it finishes the jump attack, it will pause, allowing for a good time to strike before it returns to throwing giant ice blocks again. 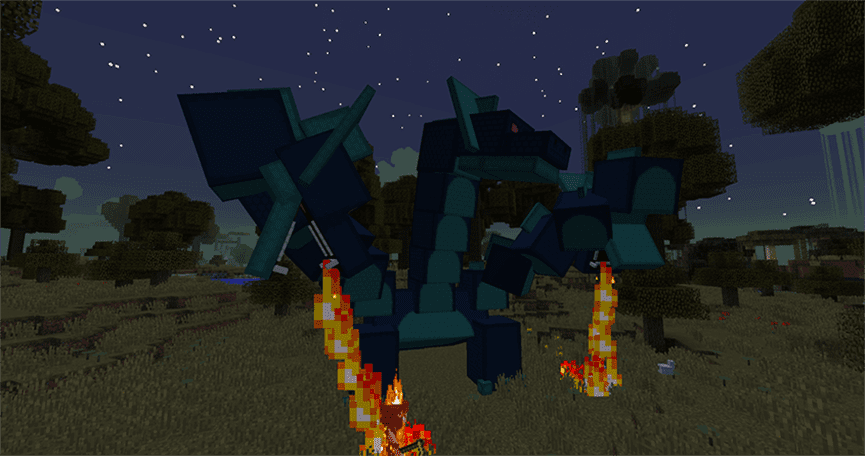 The Hydra, a boss-type creature with no mercy, will put up a large fight. Every time a head dies, two will grow back up to a maximum of 7 heads.

The Hydra’s main attack is the fire breath, which will injure and light targets ablaze. If the heads raise upward, it may launch the explosive bombs attack, firing off a few at a time. These will detonate when hitting a target. If a target dares to get close, it can also use a bite attack. Paying attention to the heads’ position and moving quickly will be useful in preventing an untimely demise. 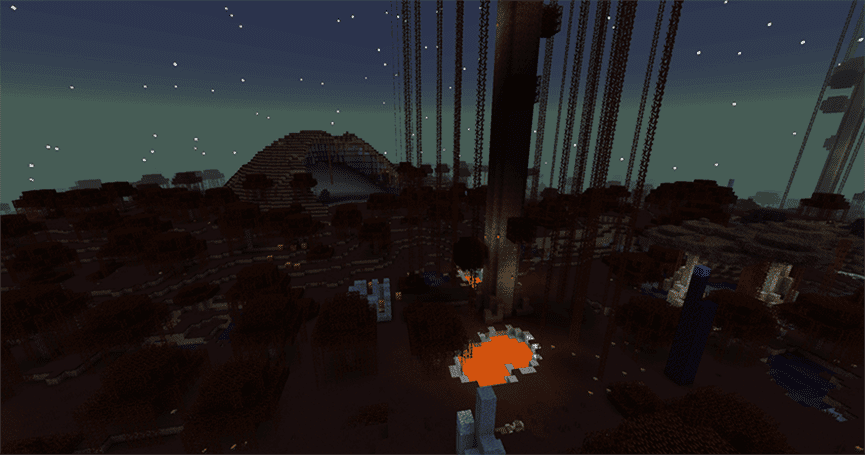 By default, the mod includes a progression system, preventing players from simply skipping to the later bosses. As an example, until you defeat the Naga, the Twilight Lich and its area will be inaccessible. By travelling and defeating the creatures, you will be able to access later areas into the end-game.

With that, you can now begin your adventures into the world of The Twilight Forest yourself. There are many more creatures available and plenty more bosses, providing a lot of gameplay. Whether you are challenging them alone or with a friend, we definitely recommend making sure you are geared up before facing the hostile mobs that await. With so much to do and see, this mod is great by itself or with other mods. Now you know how to play for yourself, so gear up and hop into the world of The Twilight Forest!

My server isn’t starting up after adding the mod:
Oftentimes, the main reason for this is caused by an issue with the installation. Make sure that your server is running the same Forge version as your mod. Otherwise, make sure no other mods from different versions are present, as this can cause a crash.

The portal and items aren’t working on the server:
Oftentimes, this is happening because the mod is not installed on the server correctly or the server was not restarted after adding the mod. Ensure that the server is running Forge and that the mod .jar file is uploaded directly into the “mods” folder. If it is uploaded anywhere else, it will not work.

I get an error when joining the server:
This can occur if the mods are installed on the server, but not your own game. Make sure that you installed Forge on your own computer as well, as all players will need the mod installed on their own client in order to join and play.