How to Change Time in Rust 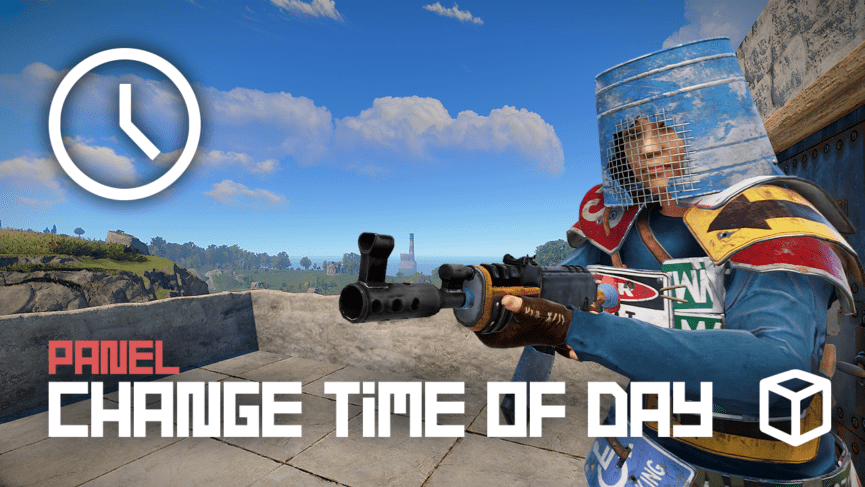 Sometimes, it can get dark in your Rust server world and cause a variety of problems. One of these is the ability to navigate, as almost everything is in pitch blackness. Only specific items or structures can produce light, making most of the world difficult to explore and use. This can lead some server owners to search for solutions, with a popular one being commands. These can change and add time to your Rust world, making the daylight in your control. However, the exact commands to use aren’t too well known in the game’s community, or possibly other methods for doing it. Due to this, we’ve created this Apex Hosting tutorial to walk you through how to change and manage time in Rust.

Editing Rust’s server time is done through commands, only executable from the Console area in your panel. Whether you’re wanting to switch the days or months, you can do that. Keep in mind that this isn’t a simple day/night cycle, as there are simulated seasons and changes depending on the time. Managing this unique feature is important, as sometimes players want specific times. A good example is Halloween themed events in Rust, leading some to have only dark in-game environments.

As for running these commands, you’ll need to know exactly what to enter for them. It’s fairly straightforward, as there is only one argument to fill out: the amount of time you want. This is represented by the [value] placeholder, which is always going to be a number without brackets. Review the list below to learn more about each command to use for your server’s time.

Before you start to use console commands to change time in Rust, double-check if the game is selected in the panel. Additionally, confirm the server is online so no problems arise when attempting to execute commands. When everything looks correct, follow along below.

Instead of using commands, plugins from uMod can help you change the time in Rust. There are two main ones that players use, Skip Night Vote and Time of Day. Both of these achieve the same goal, but through different ways. Following this, you may want to test each one to see what’s best suited for your server. Installing Rust plugins is simplified with our panel, as it only requires a few clicks. We encourage you to try them out if you aren’t satisfied with console commands. Other plugins are available online, which may be better than the ones we provided. Regardless, there are plenty of methods for you to change time in Rust.

If you’re attempting to use time commands and they aren’t working, double-check you’re entering the correct [value] argument. For example, some server owners may keep the brackets and it’ll become unrecognizable. However, others may try to use these commands in the game instead of the Console. Make sure to always use them in the panel under the corresponding area, as it won’t work in-game.

This particular situation is extremely common, as many try changing the time to random values. It’s encouraged to keep them between 0 to 24, at least for the env.time command. For reference, 12 is considered middle of the day in Rust since it’s half of the maximum value. However, other commands may not entirely change the time due to similar seasons and times. Changing the month by one value isn’t going to make a huge difference, but continuing to do that will.

Installing plugins require you to restart the server, so make sure to do this after uploading the files in the respective FTP location. Otherwise, the problem may originate from using the wrong folder to install the plugins. These have to be in the .../oxide/plugins directory to successfully load, but uMod has to be enabled too. Luckily, our panel by default activates this in Customizations from the main panel.

Get started with your own rust server in 5 min and start trying out these great features.