Another day, another dollar, gamers! And every week, a new snapshot… almost. Throughout the 1.17 snapshots, we’ve seen a lot of cool things, but honestly, is anything cooler than the awe-inspiring, super adorable, goats? Sculk has nothing on these babies. Today gamers, we’re going to look at everything goats. 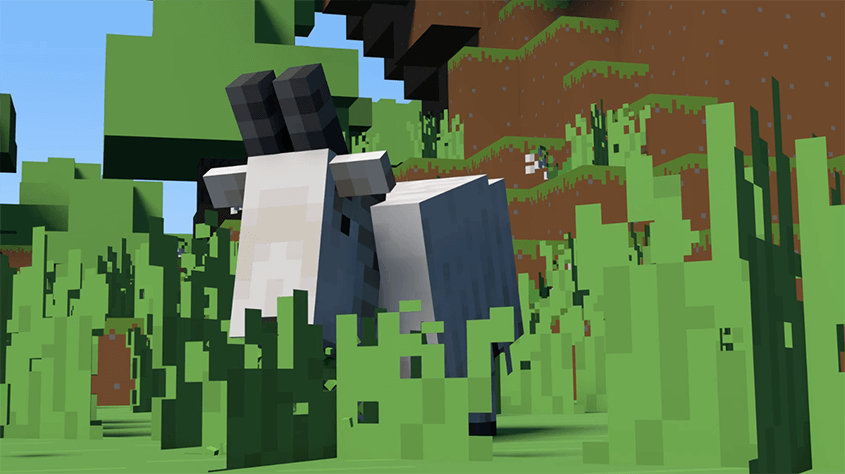 Goats are a passive mob found in mountain biomes. They typically spawn in groups of two or three once the world is generated, and after world generation, start spawning individually. They can spawn as babies, or, as screaming goats. Yes, you read that right, screaming goats. They look identical to normal goats, but with significantly more brain damage. At least, that’s what our CAT scan of one shows. As a result, the only sounds they can form are screams. 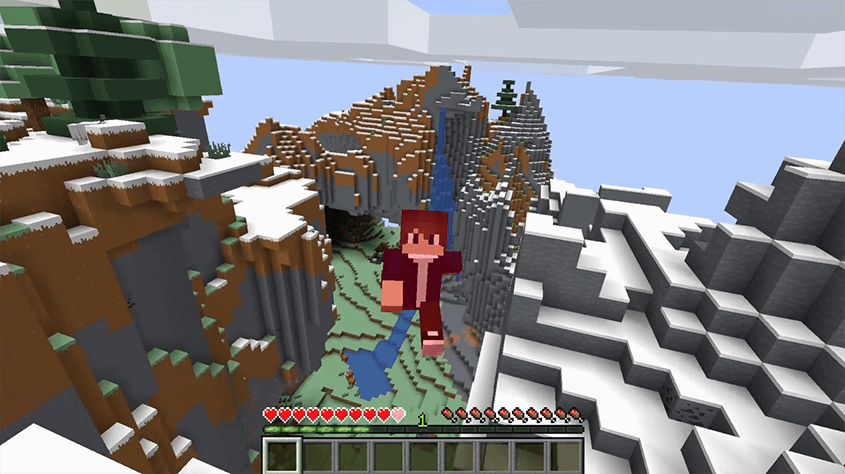 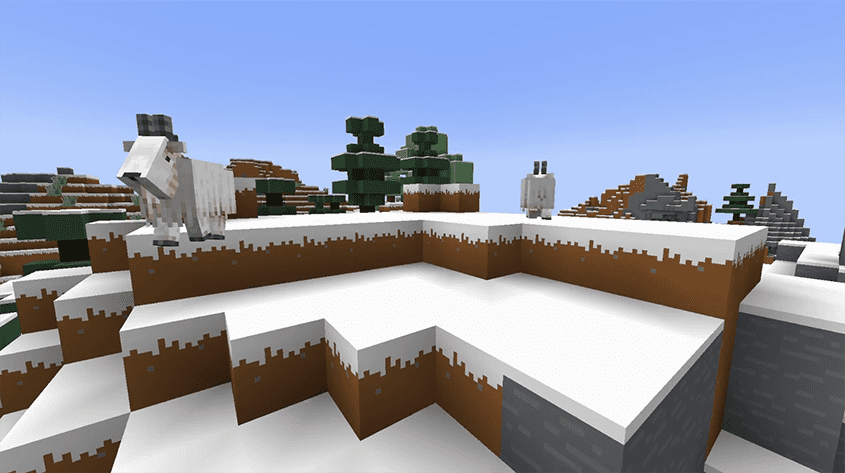 Goats are passive. They generally don’t attack players. You can punch them as much as you want, and all they’ll do is run around in circles for a few seconds and calm down. However, there is one instance where they will attack players. If you stand on a mountain’s edge, and goats see you, they have a chance of ramming you, along with armour stands and any other mob aside from goats, other goats and shulkers, right off that mountain and into the hard ground five hundred feet below. Then, they’ll carry on their merry way, not a care in the world. Screaming goats will also ram you, but will do it more often. Oh well, they are insane, after all.

Goats also have the ability to jump really high, and survive a lot more fall damage than you or me. This does make sense, as they’re mountain- dwelling creatures. They need the ability to scale large terrain effectively. 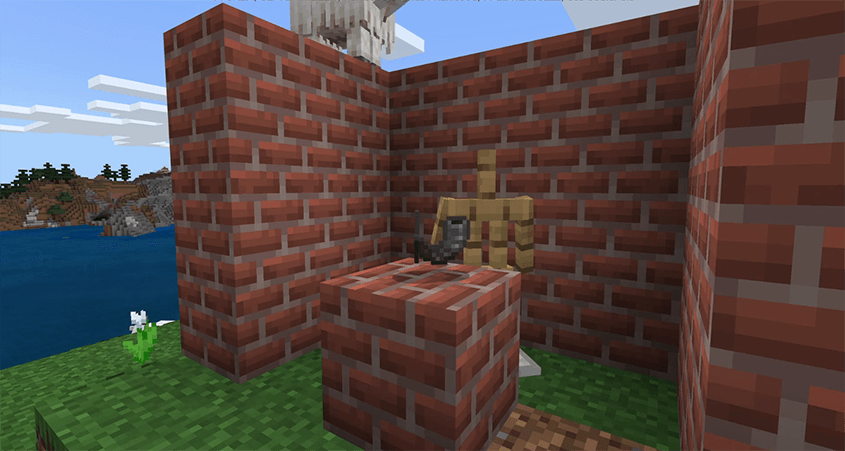 Currently, in Bedrock, when a goat charges and hits a solid block, it might drop one of its two horns. It will possibly drop the other if it hits another block, and then… well, if it does drop, the goat is now a hornless goat. If you hit the use key while holding a horn, the raid horn sound and the eating animation will play, although you won’t be able to see the animation in first person. 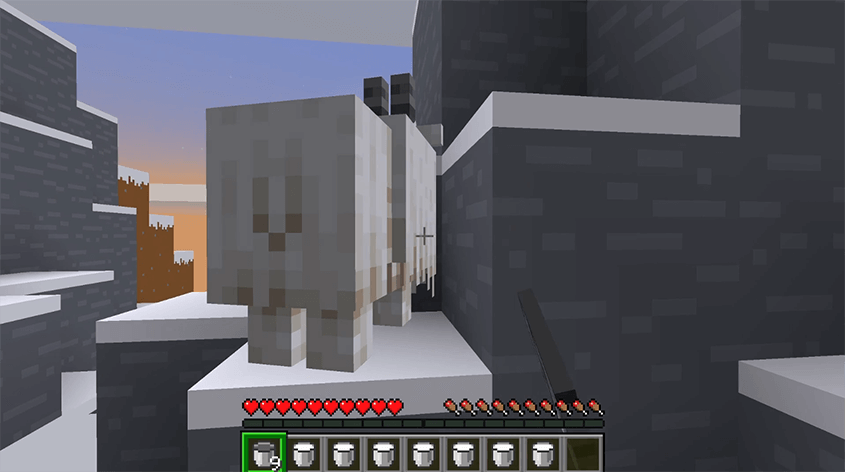 Goats can be milked, much like cows! In fact, it’s exactly the same! Right click a goat with an empty bucket, and you get a milk bucket. Easy as that! 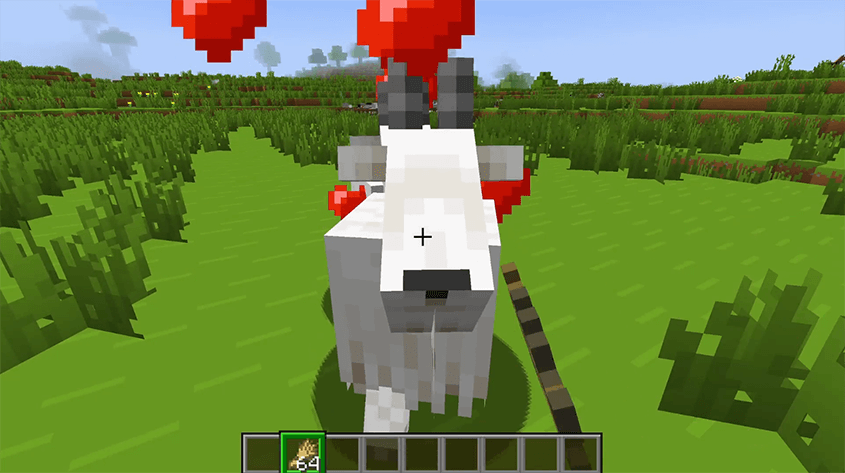 Much like other mobs such as cows and horses, goats can be bred. Simply right click them with some wheat, right click another with some more wheat, and they’ll produce a baby goat! Feeding the baby goat wheat will reduce the growth time by ten percent per wheat.

That just about wraps up what we know about goats, gamers! They’re passive mobs that won’t hesitate to ram you off of a cliff if they so desire, they can jump really high and fall really far, and they can be milked! Some of them are even brain damaged and constantly scream! Of course, our Apex Hosting scientists are constantly doing research into goats, so make sure to stick around to stay updated! That’s it for me, though, I’m off to start an automated goat- milk production business.