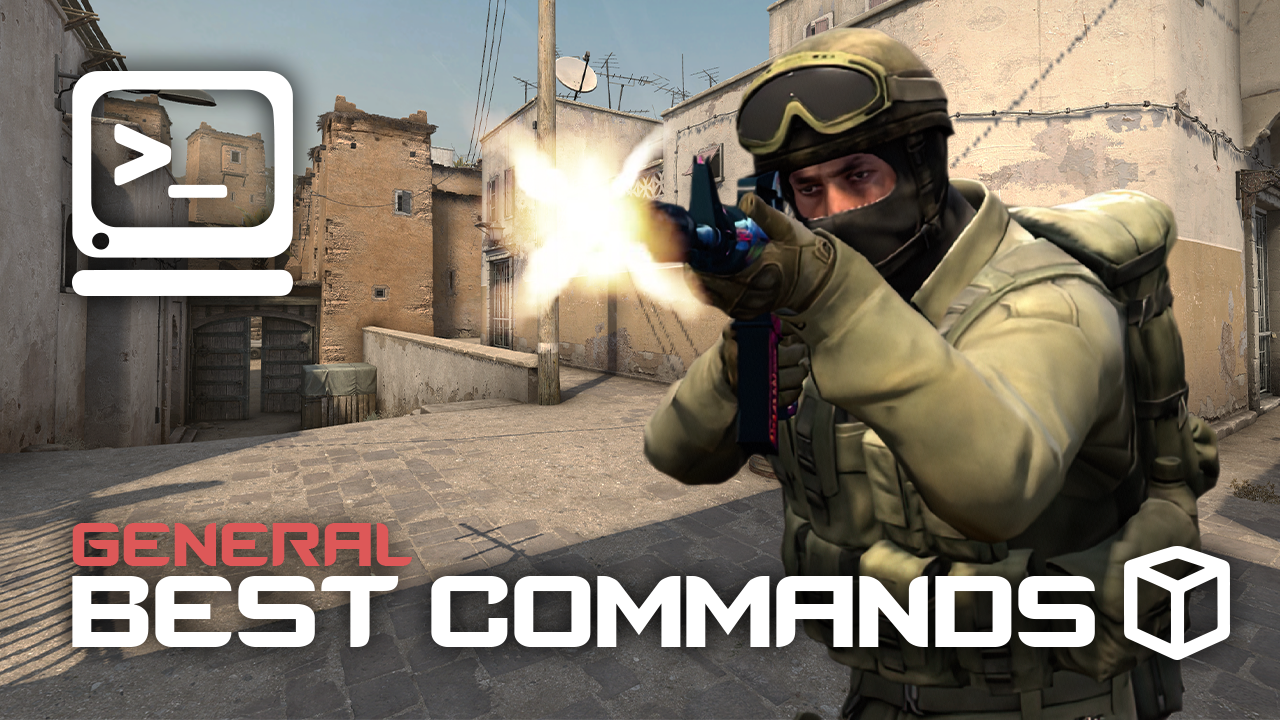 When playing a Counter-Strike: Global Offensive match or server, you may enjoy the gameplay more with commands to enhance the experience. Viewing additional information, customizing the player model or minimap, bot functions, and cheats are all available if you use commands while in-game. Without commands, CSGO limits the amount of control you have in matches. Memorizing the vast number of commands can be overwhelming for users or server owners, which is why Apex Hosting created this guide to show you the most useful ones for Counter-Strike.

How to Enter Commands

Before using commands, you’ll need to enable the console, which we have a guide about doing that here. After successfully activating the console, you can now use commands. Below are some of the most useful CSGO commands you can use in-game.

net_graph 1 – Allows you to measure the FPS, ping, tick rate, among other helpful information. It’s mainly used for debugging, map-makers, and confirming your computer’s output.
Down below is an example of the graph.

cl_showfps 1 – If you only wanted to show the frames, use this command for that control. That can be helpful if you notice stuttering, lag, or are curious about your machine’s strength to run the game.

fps_max 0 – Maximizes your frames per second according to your computer’s design, thereby removing the capped FPS. If you have a poorly optimized system, then this command will make CSGO run smoothly.

Changing your weapon’s model field of view helps with showing off in-game skins and even affects your gameplay. An example of the command would be viewmodel_fov 50. You may customize the value to match your play style.

If you’re left-handed, you’ll likely want to be that in-game. This command allows you to switch hands to match your orientation.

This command increases accuracy for in-game locations for you and other players. Let’s say you encounter a sticky situation with enemies and require to have accurate location information, the command helps with that. 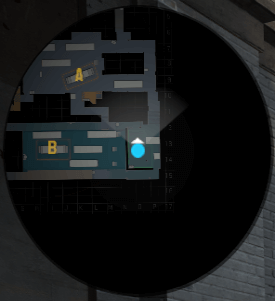 voice_enable 0 – The command prevents voice chat in-game from stopping annoying players or if you want to focus more on the match.

crosshair 0 – Toggles the crosshair visibility. This is helpful for showcasing skins, maps, or entities.

kill – You may use this command to instantly die if you are stuck in a position or otherwise do not want to play the round.

quit – Too quickly close the entire game and return to the desktop, you can use that command. It’s also handy for rage quitting matches without wasting time!

All commands in this list require the command sv_cheats 1 to be used.

Allows you to fly, go through walls, and explore the maps that normal players cannot do.

r_drawothermodels 2 – Renders player models in a wireframe, allowing you to view players through walls or structures.

sv_infinite_ammo 1 – Allows for an unlimited amount of ammunition in your weapon.

give – Grants the ability to obtain any item with specified codes. The codes can be found here.

god – No damage for your player in-game, thereby making you invincible.

bot_add – In a private match or server, this command adds a bot into the game. It’s useful for practicing aim, strategies, and filling player slots for the game.
Here’s an example for spawning a named easy bot: bot_add_ct easy Nathan

Gives the ability to kick all bots from a private match or server. It’s useful to remove unwanted bots to allow for more player-to-player combat.

bot_difficulty – Bots can be either too easy or hard for players, so control over that is important. You may use this command to change that. Example: bot_difficulty 2
Down below are the difficulty levels.

bot_dont_shoot 1 – Prevents all gunfire from bots, which is useful for practicing your aim.

bot_quota – Sets the maximum number of bots in the server. For example: bot_quota 5

bot_kill – Kills the bot from the match, but does not kick them.

Unable to use Console
If you’re having issues with the Developer Console, you may have a different keybind assigned to it. By default, the key to press is ~, but double-check your settings if that fails. To check that, you may follow the directions here: Head to the Keyboard / Mouse category from the Game Settings, click UI Keys and check the Toggle Console option.

Commands are not Working
Some commands require you to specify the state of it. The usage for the command requires you to use a 1 for enabling and a 0 for disabling the function. An example is a righthand command, cl_righthand 0 or cl_righthand 1.

Counter-Strike: Global Offensive is a wonderful game that contains over 3,000 commands, but knowing the exact ones can be confusing. No one can be expected to memorize all of them, so this guide showed you the best CSGO commands. For example, fps_max 0 is used for boosting your frames per second. However, the Developer Console is required for many of them to be executed, which is also shown in the resource. Now that you know how to run commands and the best ones to use, you may start customizing your game and Apex server experience!

Get started with your own csgo server in 5 min and start trying out these great features.