Minecraft: What exactly are snapshots? 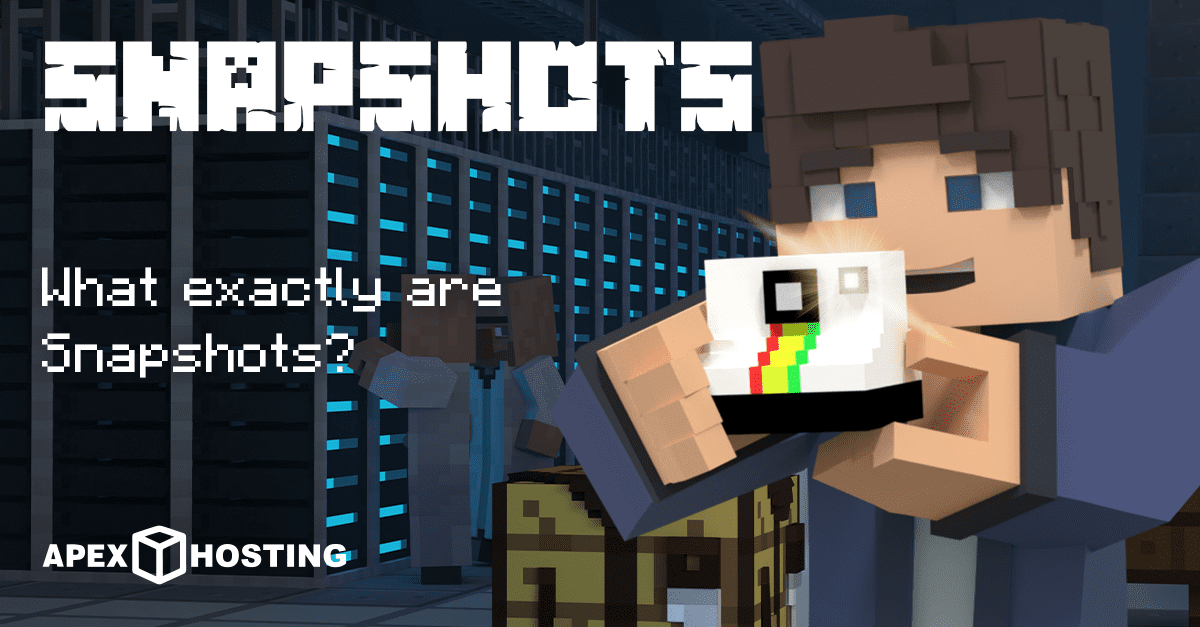 For as long as I can remember, Minecraft has been what I would call a live service game. This means that it constantly receives new content and updates as long as the players are willing to sustain the community and the developers financially. This is all fine and dandy, but Minecraft releases actual updates only once every 6 months, around. In between these major updates, however, are a sort of developmental progress patches. These are called Snapshots, and they’re a very important part of the development process for Minecraft. Today, we will go over the history of Snapshots, what they are and why they matter. Let’s begin.

A snapshot is a testing version of Minecraft, periodically released by Mojang studios. These are versions of future updates that typically include unrefined features and allow players to playtest. Not only does this allow Mojang to track progress on the update, but it also allows for players to provide feedback and bug reports to better assist Mojang in making an update that releases in a stable manner. The features of snapshots are inevitably included in their corresponding update.

Snapshots usually release once a week. Snapshots have a very specific naming convention where the year and week are listed. For example, Snapshot 21w11a was released in 2021, on the 11th week of the year. The ‘a’ just represents the progress on that snapshot. Most snapshots don’t elevate to a ‘b’ or anything further beyond that because by the next week there is usually enough content to justify a new snapshot entirely. This scheme is a brilliant way to track progress for future readers. 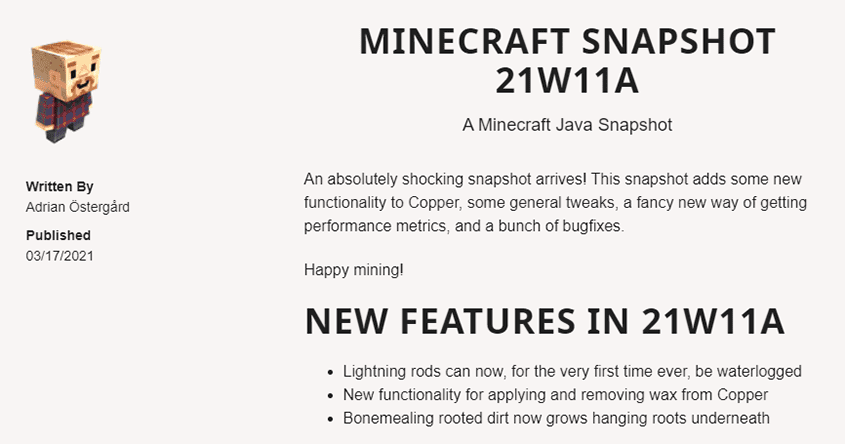 You can play snapshots for yourself by opening the Minecraft launcher, selection Installations and then checking the box next to where it says ‘Snapshots.’ Then, just change the Installation to the Latest snapshot or any previous snapshot that has been released.

On a side note, I’ve followed snapshots for a long time and I’ve never seen anyone besides Adrian post them so as far as I’m aware he is THE guy when it comes to snapshots. Don’t quote me on that, though.

A pre release is like a snapshot that combines all of the previous snapshots together to form the rough draft of what is to be the newly anticipated update. Here, the focus is primarily on fixing bugs and technical issues while also optimizing the update. Content is rarely added in this phase, and when there is, it is usually very minor.

There can be multiple pre releases before an update is ready to go. Updates have ranged from less than a couple pre-releases to well over a dozen. It usually depends on the complexity of the update and its mechanics rather than the amount of content itself.

As you can see, snapshots are basically experimental updates that are playtested and further developed to ensure that content added to the game is in a polished, suitable state for the masses. Hundreds of millions of people play Minecraft concurrently, and having an update that doesn’t work completely would leave literally millions of people with issues. No support force can handle that, especially ours. To combat this, there are lots of rigorous checks and playtesting that updates have to go through to be approved, no matter how simple.

Overall, snapshots are a very important part of the development of Minecraft. It may not be a perfect system, but at the moment, it ensures quality control over every single addition to the game. Bugs are patched, balance is done, and the developers receive feedback all before updates are even released to the public. My only criticism is that snapshots are only available to Java Edition, and although consoles have the Beta releases, I feel that they deserve to play and offer feedback on future features just as much as Java players. With that being said, I hope you learned something, and have a great day!