How to Craft a Lead in Minecraft 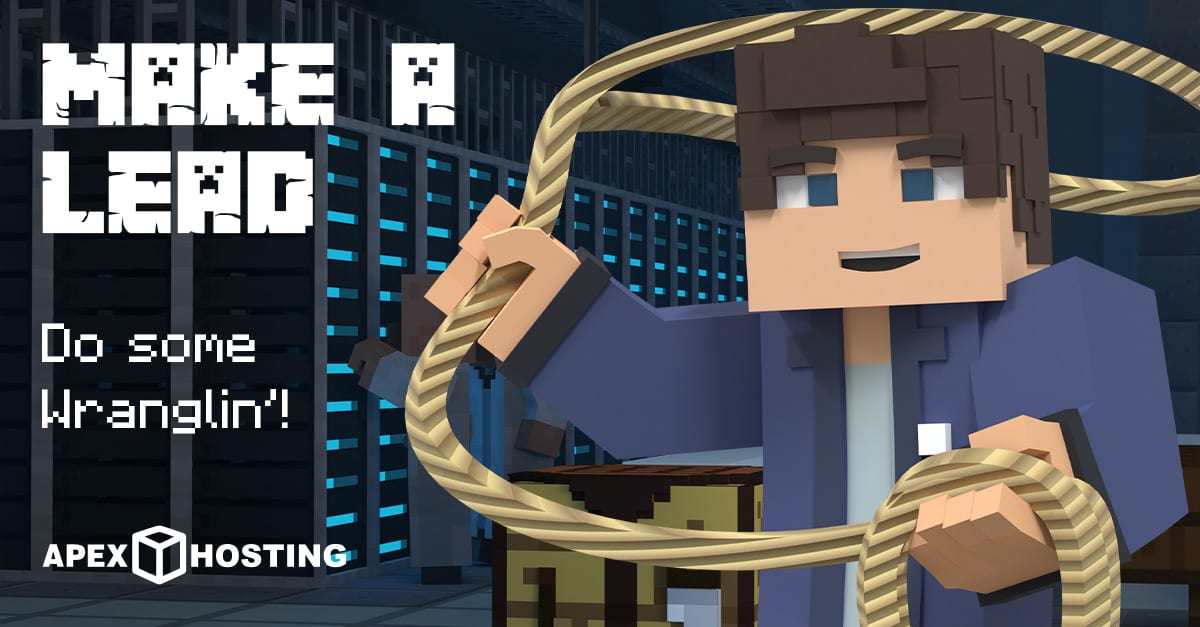 Ever since the early days of Minecraft, the community has worked tirelessly to find the most efficient way to move mobs from one place to another. Some just smack them in the right direction, while others make complex rail tracks. These methods work, however, there is one ultimate tool that stands above the rest in its utility and ease of use. The Lead. This somewhat rare item is the best and awesomest way to move your desired mob from Point A to Point B, and today’s guide will be a brief explanation on how to make and use them. Let’s get started. 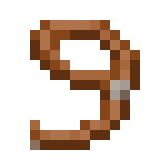 How to make a Lead

So, to craft this puppy, you’re gonna need a few things.

Then you place them like so in a crafting table and wabam! You end up with two Leads.
Now, obtaining string should be easy enough. Just kill Spiders or shear Sheep. Slimeballs will be a little tougher though. You’ll have to kill Slimes, which can only be found in a few areas such as caves or Swamp biomes.

You can also find Leads as loot in Woodland Mansions and Buried Treasure Chests, but that isn’t as reliable as crafting them.

How to use a Lead

Using a Lead on a mob ties the Lead to the mob, allowing it to be moved by the player. From here on, as long as the Lead stays tethered, the mob will follow you when pulled at the end of the length of the Lead. Multiple mobs can be leashed at once, but trying to move too many mobs at once can be problematic. 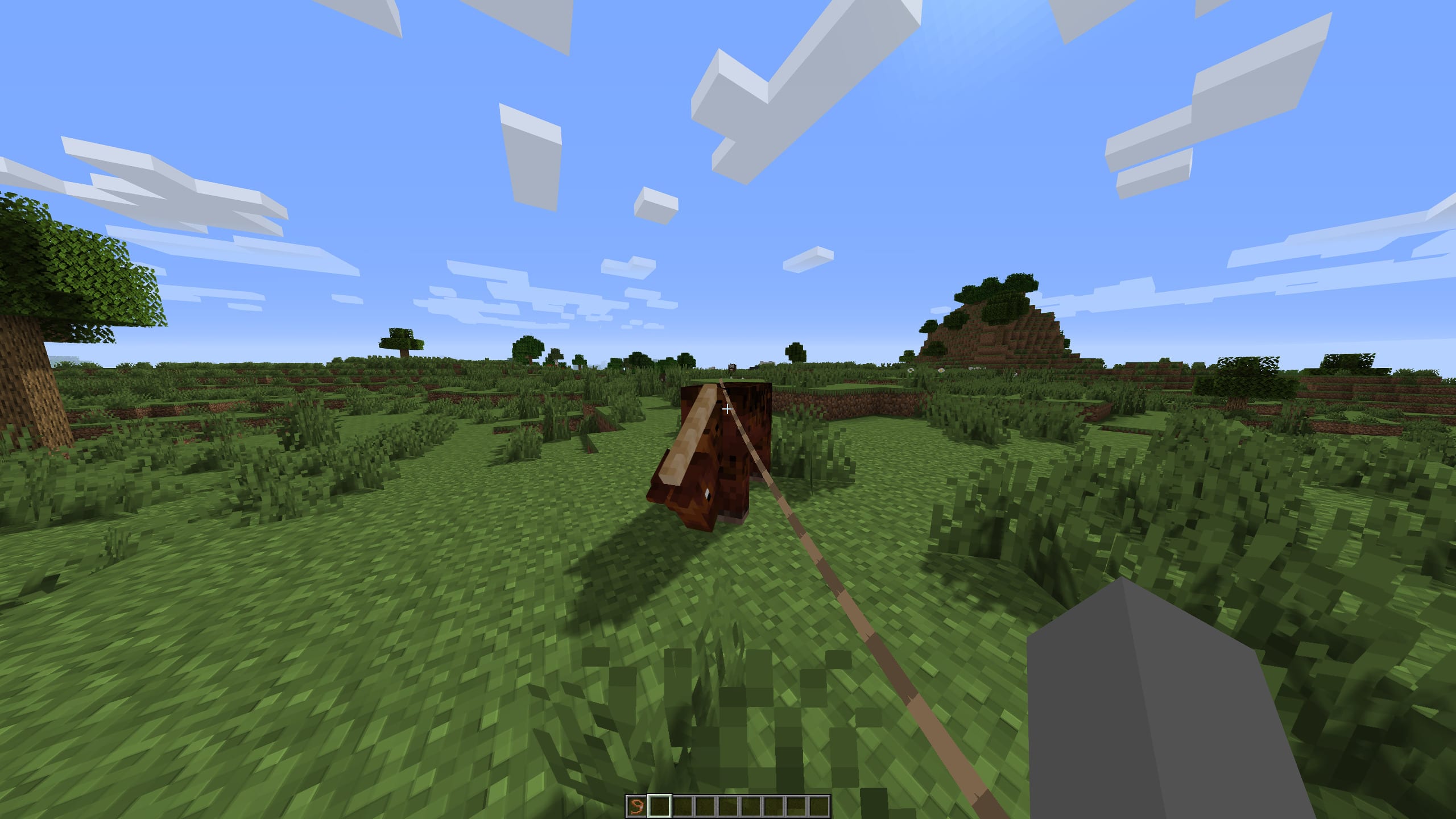 Hostile mobs and Villagers cannot be leashed, so sadly, making your ideal villager farm will still be a pain.

A Lead can be stretched up to 10 blocks before breaking, and will be broken if the mob cannot follow the player anymore due to an obstruction or interference. You can also break off the Lead by pressing the Use button (right-click on Java) on the mob. This will drop the Lead on the ground. 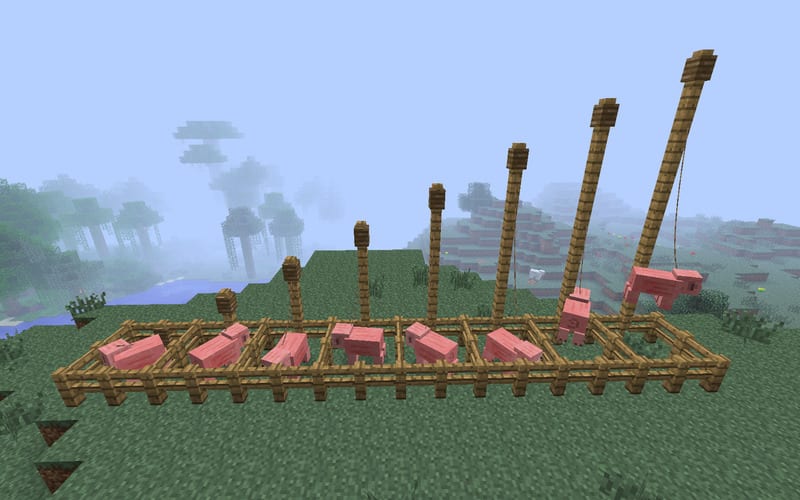 One of the mechanics that makes a Lead very useful is the ability to leash a mob to a fence post. All you need to do is use the Lead on a fence after you’ve already leashed a mob. This will attach the Lead to the fence, and keep the mob from being able to walk more than 10 blocks away from the fence. Don’t be mistaken though. Unlike Name Tags, this does not prevent mobs from despawning, but it will keep them in place. Leashing mobs to fence posts can be a more aesthetically pleasing alternative to making a pen for each animal. Only one Lead can be applied to each fence at a time. Surprisingly, mobs can actually hang suspended in the air if the Lead is over 10 blocks above the ground, and it looks pretty funny!

Some random tidbits of info for you to bring with you on your journey!

– The Lead is named “leash” in the texture file.
– You can hold a mob on a leash while sleeping
– When using the /replaceitem command to put a Lead in a player’s head slot, the item gets rotated and positioned to make it look like the player is wearing a monocle

So, that’s all there is to it! The Lead is the best and most effective item there is when it comes to moving mobs from place to place. Although this is true, you’re gonna have to get creative when it doesn’t work on hostile mobs or Villagers. One of the things that stumps me is why they insisted on naming this item ‘Lead’ when the in-game files have it labeled as ‘Leash’ which is a much better-suited name. Anyway, I hope this guide helped you learn how to craft and use one of Minecraft’s weirdest items. Have a great day!