A Guide to Elytra in Minecraft 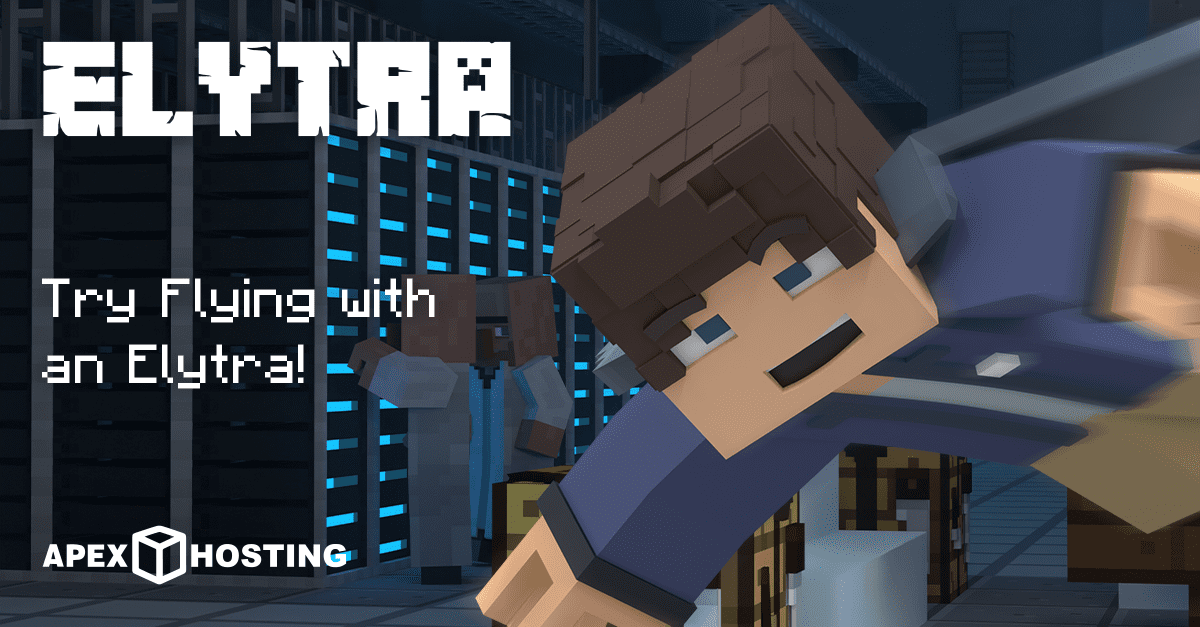 Exploration has always been a staple part of the Minecraft experience. Grabbing a horse, boat, or just a trusty pair of legs to traverse the ever-expansive procedurally generated world is just something that all of us have done at some point. Whether it be to find the ideal place to set up a base, a unique biome, or just exploration for exploration’s sake, it is always loads of fun. Because of this, Mojang has implemented all sorts of methods of transport to make our lives easier when we explore. Horses allow us to move faster on land without wasting hunger, boats allow us to sail across seas, but there is an objectively better way. An Elytra allows the player to glide in the air with a pair of wings at incredible speeds, almost as if they were a flying squirrel. Today, we’re going to go over Elytra, how to find them, and how you could use them. Let’s begin. 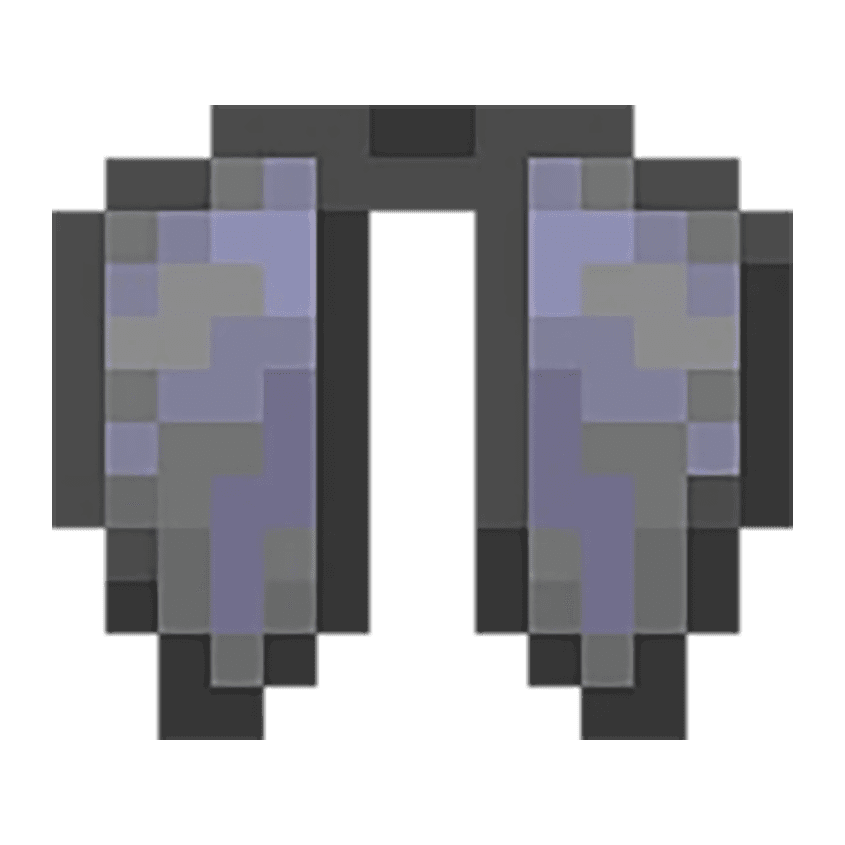 Elytra are rare wings that are the only source of flight in Survival Mode. They take up the chestplate slot in the inventory and allow the player to glide from high places. They are considered an end-game item, because of where they are obtained. Elytra will allow a 10-1 glide ratio, which means the player can go ten blocks forward for every block down at maximum efficiency; although, there is lots of nuance on proper usage of the Elytra. If you are trying to clear a large structure or formation, it may be better to swoop down to gain momentum and then shoot back up at a steep angle, rather than glide at a perfectly horizontal pace. 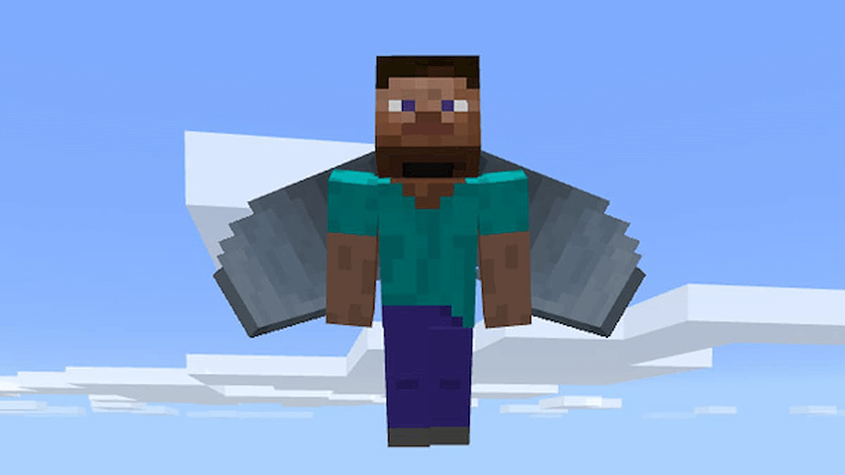 While the Elytra is equipped and the player is airborne, it’s possible to actually fly, rather than just glide. By using a firework rocket, the player can propel themselves quickly, right in the direction of where they are looking. When the firework animation ends, however, the player will lose most of the momentum they gained and continue gliding. The player can store as many fireworks as they please in their inventory to have what essentially is perpetual flight, completely disregarding all but one limitation of the Elytra.

Unfortunately, the Elytra is not foolproof. Like most weapons and armor, the Elytra has limited durability. The durability of the Elytra is based on usage, with it going down by one point per second having flown. The default durability is 432, equating to a couple minutes of flight. Rather than use ore to repair the Elytra, you will be using Phantom Membrane, which drop from Phantoms.

How to find Elytra

Unlike weapons and armor, the Elytra cannot be crafted. It must be discovered! To find an Elytra, we’re going to need to go to the End. Remember how I mentioned Elytra are considered an ‘end-game’ item? I meant that literally. If you want to find an Elytra, you’ll need to defeat the Ender Dragon and then explore the End to find an End City. End Cities are structures that spawn randomly in the End which include Shulkers, and if you’re lucky, a single Elytra. 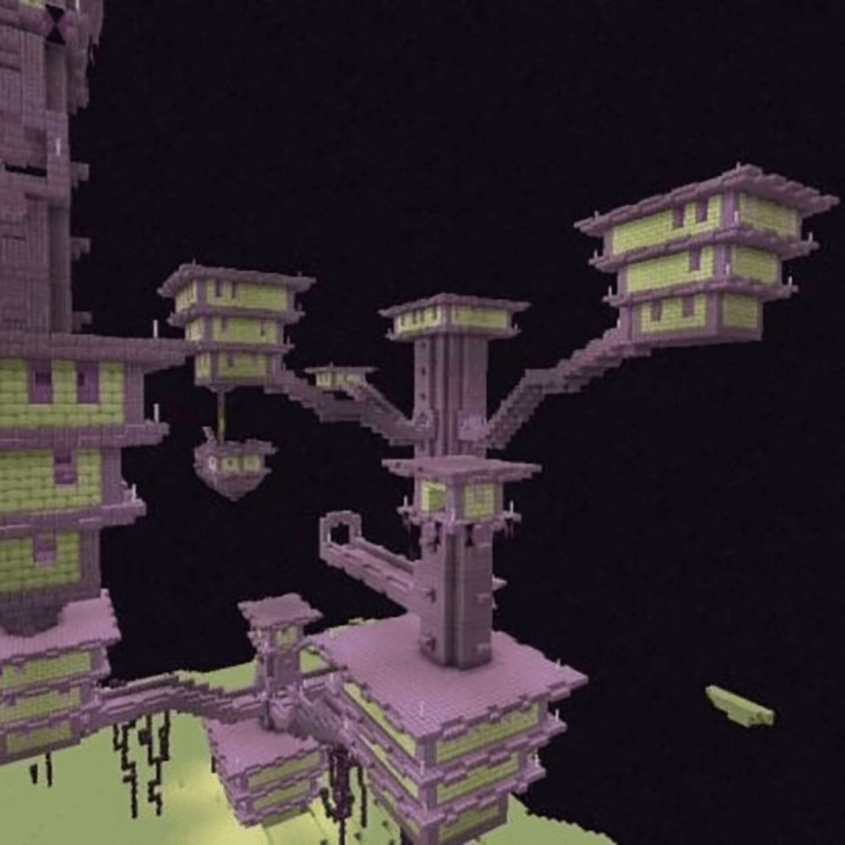 You’re going to have to enter the End City, defeat the Shulkers, and make your way to the floating ship. Not all End Cities have a ship structure. If there isn’t a ship, then there most likely won’t be an Elytra. You can typically find the Elytra inside of the ship in an item frame, next to the Brewing Stand which usually has some potions up for grabs. After that, you can simply equip it and glide your way home!

Welp, that’s all! Elytra are fairly complex, as they are a literal pair of wings that you can somehow graft to your character’s back at will. But it’s no biggie! Now you know all the ins and outs of the Elytra, and more importantly, how you can get your own. Although this end-game item makes things like horses, boats, and walking (to a degree) obsolete, they are still incredibly fun to play around with. In any case, I hope this blog helped you, and have a great day!