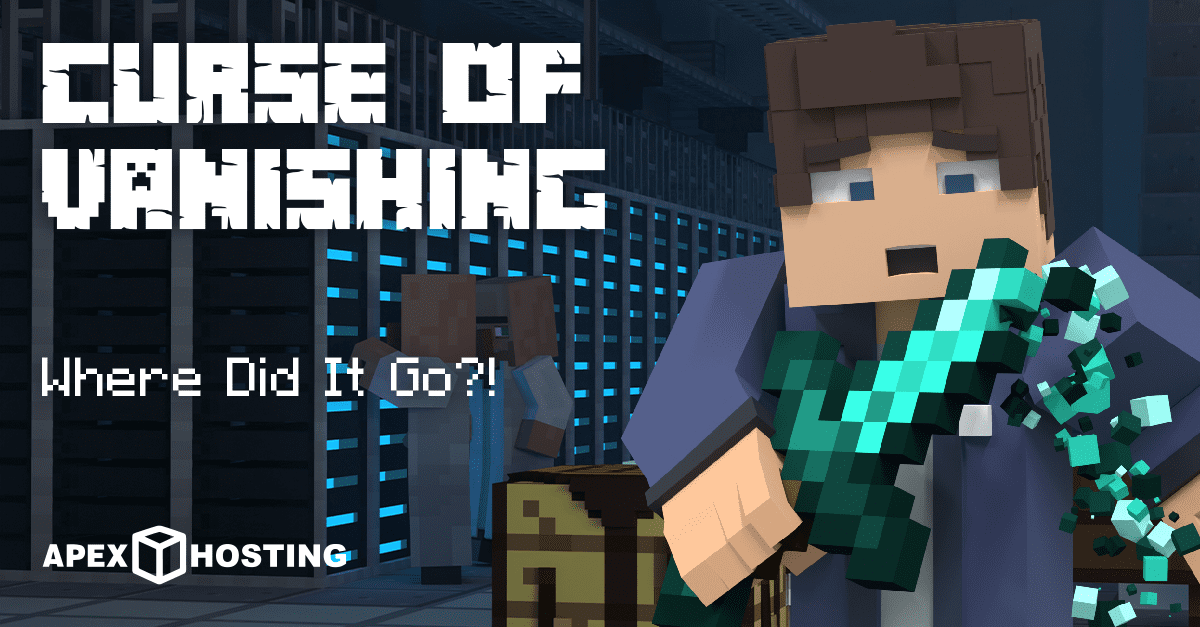 Oh, enchantments. Minecraft’s only form of magic. At this point, most players are well versed in the ways of enchanting gear. Whether it be increasing the damage of your weapons, increasing your protection against damage, walking on ice, lighting enemies on fire, or walking faster on sand, enchantments are so versatile! But unfortunately, that’s not what we’re here to discuss. Today, we’ll be doing an overview of one of Minecraft’s rare curses, the Curse of Vanishing. Let’s begin.

Curse of Vanishing is an enchantment that lets you curse an item. This can be armor, weapons, or any item that can be enchanted. When the player dies, rather than drop on the floor like any other item in the inventory, the item will vanish, never to be seen again. It is removed from the world entirely.

The item does not vanish if it is dropped manually, or if it is placed in a chest before death. The effect can be mitigated by storing the cursed item inside of a shulker box, or by having ‘keep inventory’ enabled. Like the Curse of Binding, Curse of Vanishing cannot be removed by a grindstone or a crafting table. It’s also worth noting that this enchantment is relatively pointless in hardcore mode. I mean, if you can’t die, then who cares? Right?

Curse of Vanishing can be found in most loot chests, whether it be a small dungeon in a cave, or a grand End city. Obviously, the curse is very likely to appear on an actual item, like a weapon or a piece of armor rather than an actual book that can be used to apply the enchantment yourself. 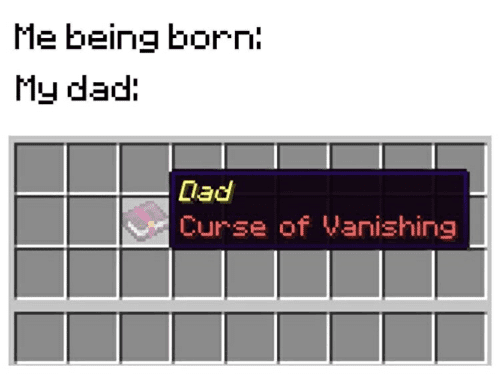 That’s all there is to it! Curse of Vanishing is an interesting enchantment, being one of only two curses in the entire game, but it isn’t nearly as complex or impactful as the Curse of Binding. If anything, you barely even notice it in normal gameplay. It can however, be annoying, as more often than not you may forget your item was even cursed at all. If anything, I hope you’ve learned something new, and have a great day!