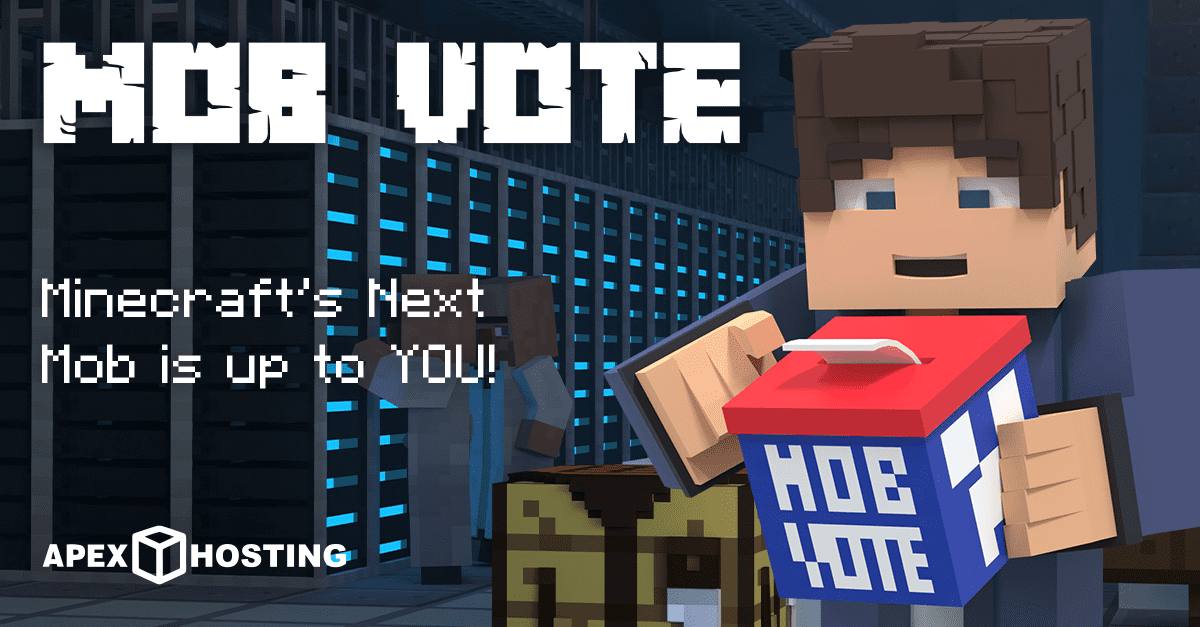 Minecraft has such a unique history when it comes to community based content. It all started back in 2017 when the first ever mob vote was conducted at Minecon Earth. Four images of different mobs were showcased as concept art to the community, and the Phantom won. A little while after, in 2020, we had yet another mob vote during Minecraft Live, this time with three mobs which were all taken from different Minecraft properties. The 2020 mob vote was a little more advanced, with all of them basically being near finished with custom animations, fully modeled bodies, and sound effects. The Glow Squid won that year (to my dismay). Now, during Minecraft Live 2021 we can expect to see the next installment of the mob vote with three new choices. At this point, it looks like this is going to be a regular point, so we’re going to go over all three choices and their functionality. Let’s begin.

Now I know what you’re thinking. Why are we voting on 1.19 mobs when 1.18 isn’t even released yet? Yeah, it’s kinda stupid, but it’s Mojang, ok? Just trust them and I’m sure everything will be ok. Now, the choices.

The Allay – If you give an Allay an item, it will collect matching ones for you. All you have to do is drop an item for it, and it will fly around searching for copies. It also apparently loves music, so it will drop the collected items near note blocks. There is very little known about the specifics on this functionality, and unfortunately, this is just how Mojang operates. Don’t expect it to be too complex, though. This is Minecraft after all. Something of note that I can’t ignore is that the Allay looks like an uncorrupted version of a Vex. How cool!

The Copper Golem – The Copper Golem is a mob that can be built by the player, just like Iron golems. It oxidizes over time, but the repercussions of this are unknown. It is implied that once it fully oxidizes, it will turn into an unmoving statue. How sad! Apparently, this mob randomly presses copper buttons. I’m a be a hunnit with you all for a second. This is the true best option out of the three, and I will be incredibly sad if it doesn’t win. I mean, come on, it’s a whole golem, bro. Make sure to vote for this specific option.

So, you may be wondering “How do I even vote for mobs?” to which I would effortlessly explain that you do so by tuning in to Minecraft Live on October 16th at Noon EDT. You can find the official livestream here, but it won’t air until the proper scheduled time. How exactly this vote will be held is a little bit of a mystery though. So far, the only other two mob votes were both operated differently, so I’m sure there will be a few changes from last time. In any case, Minecraft Live will provide you with the necessary instructions during the stream.

Welp, that’s all there is to it! It seems like the mob vote is going to be something that we do every year during Minecraft Live, and I’m ok with that. As long as the options that we have to choose from aren’t total dogwater, I’m perfectly fine with letting the community go at it. Last year was a bit of the bust for me, with my ideal choice, the Moobloom, losing by a landslide. But that’s ok, because we’re gonna make a comeback this year with the Copper Golem! In any case, I hope you all come in clutch for me on the 16th. Have a great day!