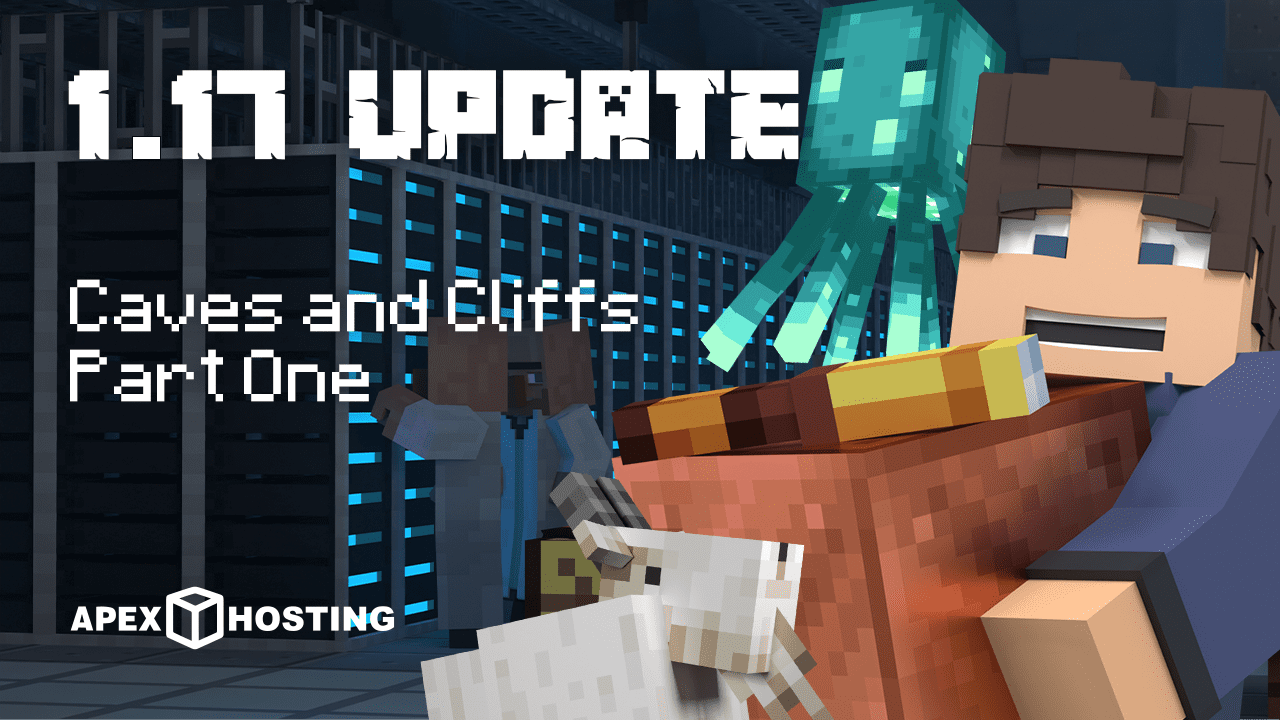 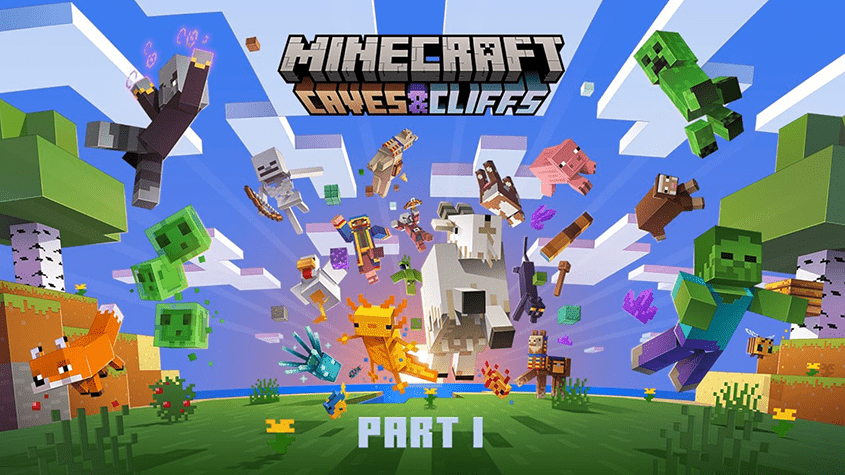 Part 1 will include most of the mobs and blocks along with some generational changes while Part 2 will include the improved cave generation and more. Today, we’re going to go over Part 1 and everything it includes, along with why this is happening.

TL;DR – Part 1 of the Caves and Cliffs update releases tomorrow, June 8th! This half of the update will include but is not limited to: 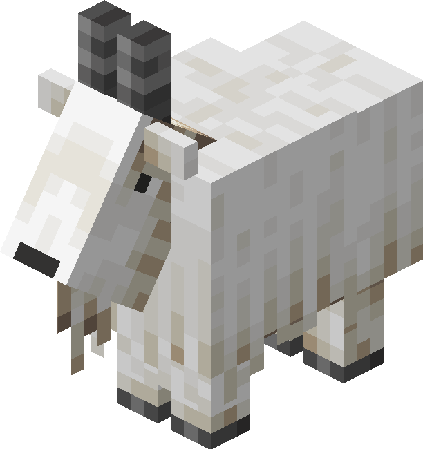 Goats – Mischievous and adorable! They live in the mountains, and if you aren’t careful, they’ll ram you and knock you right off! If you can get them to ram a tree, you can snag the horn that breaks off. They also can jump extremely high, which
is cool! Looks like they have moon gravity!

Axolotl – These adorable amphibians can be snagged in a bucket of water and have a ton of utility! The definition of ugly cute, an endangered species being added to Minecraft creates awareness on the topic, just like Bees. Scooping up these Axolotls in a bucket will allow you to bring them with you on your adventures, but remember: they’re a predator! Axolotls that you’ve captured will help you fight in the water! They’ll attack Drowned, Guardians, and fish! When Axolotls are damaged, they play dead, causing the mob that was attacking them to ignore them. They come in various colors like Pink, Brown, and Orange. Axolotls aren’t that strong on their lonesome, but if you dropped like fifty of them in the water at once, you could probably overwhelm anything. 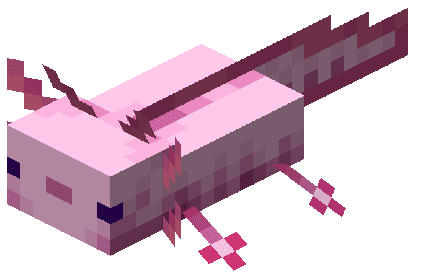 Glow Squid – A Squid that glows, or doesn’t. This luminescent mob is identical to a Squid in behavior, and will possibly spawn in the new cave systems added in Part 2. They drop Glow Ink Sacks which can be used on Signs to create luminescent text, and they originate in Minecraft Earth. 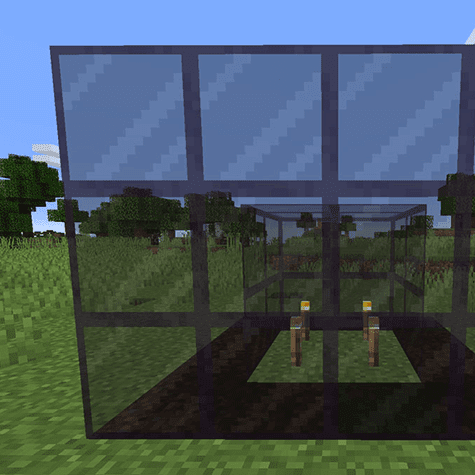 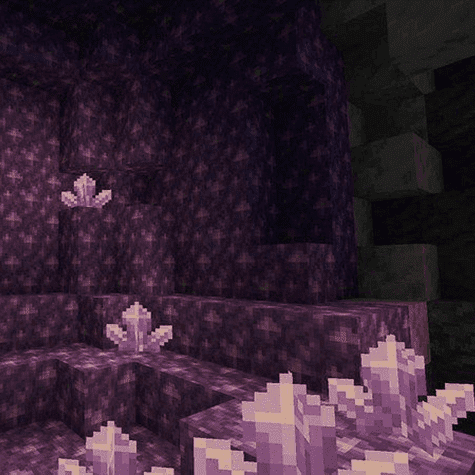 Crystals – Crystals are gathered from Amethyst Geodes and can be used to craft a Spyglass. 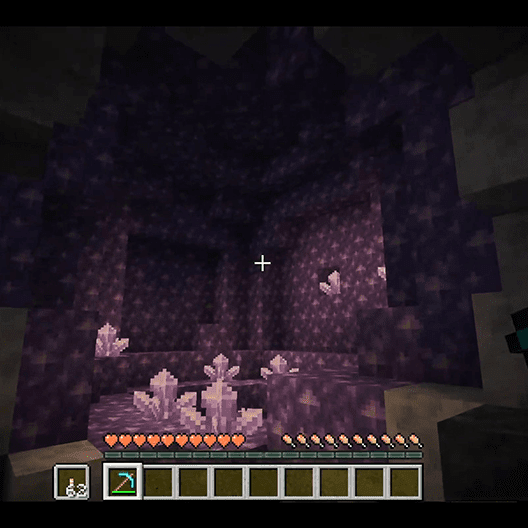 Geodes – Beautiful purple structures that form underground made of Amethyst that houses crystals and interesting noises. The blocks that reside cannot be mined as to keep the nature of the geode. 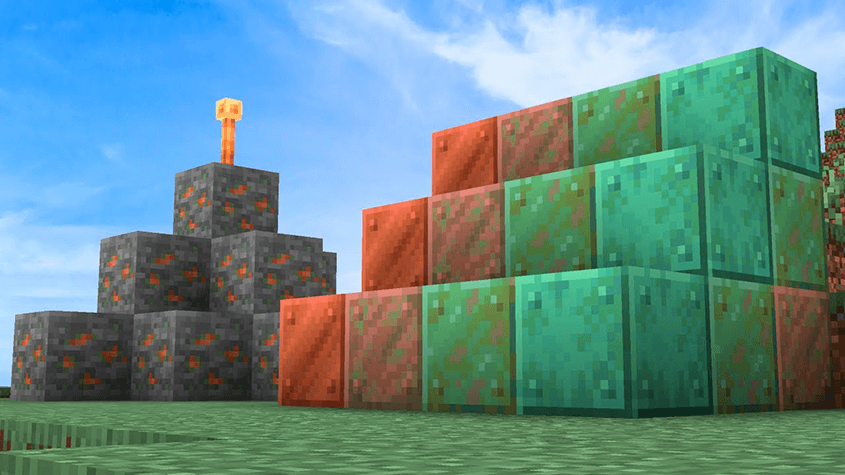 Copper – Copper is a new ore that can be turned into a series of blocks and also a Lightning Rod. Its main draw is that it changes over time when exposed to the elements, and will slowly turn green. You can use wax to maintain its look at any point if you would like.

Lightning Rod – Made from Copper, the Lightning Rod will act as a real Lightning Rod. It will draw any lightning during a thunderstorm to itself, protecting your flammable builds. 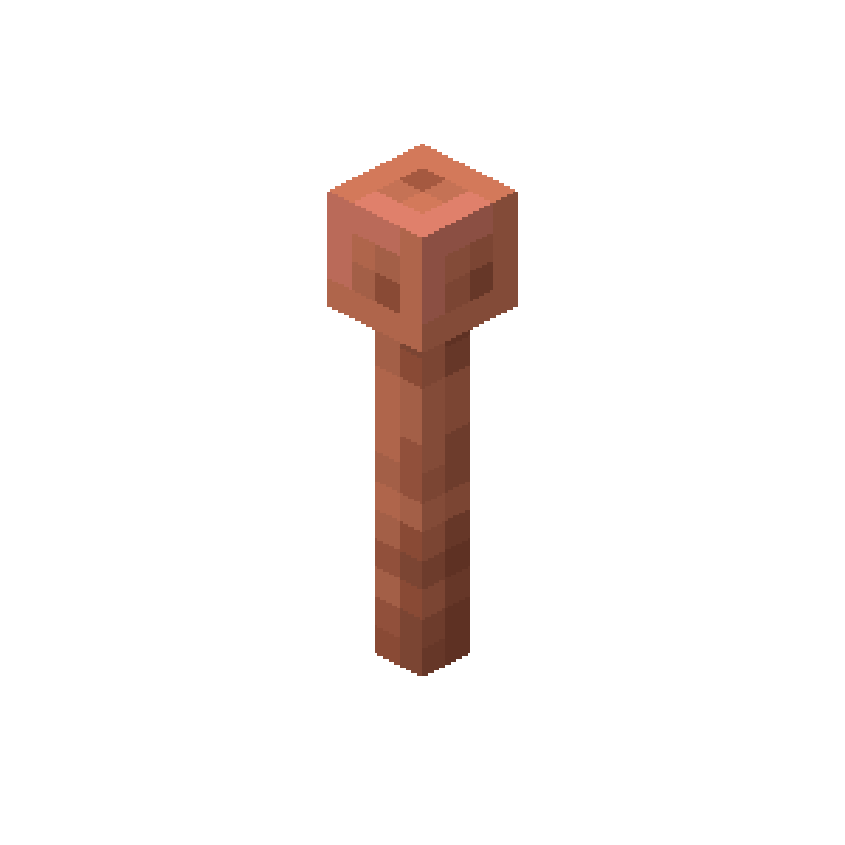 Spyglass – Mojang’s answer to the infamous Optifine zoom feature. It doesn’t suffice for me, but it looks nice and functions well. 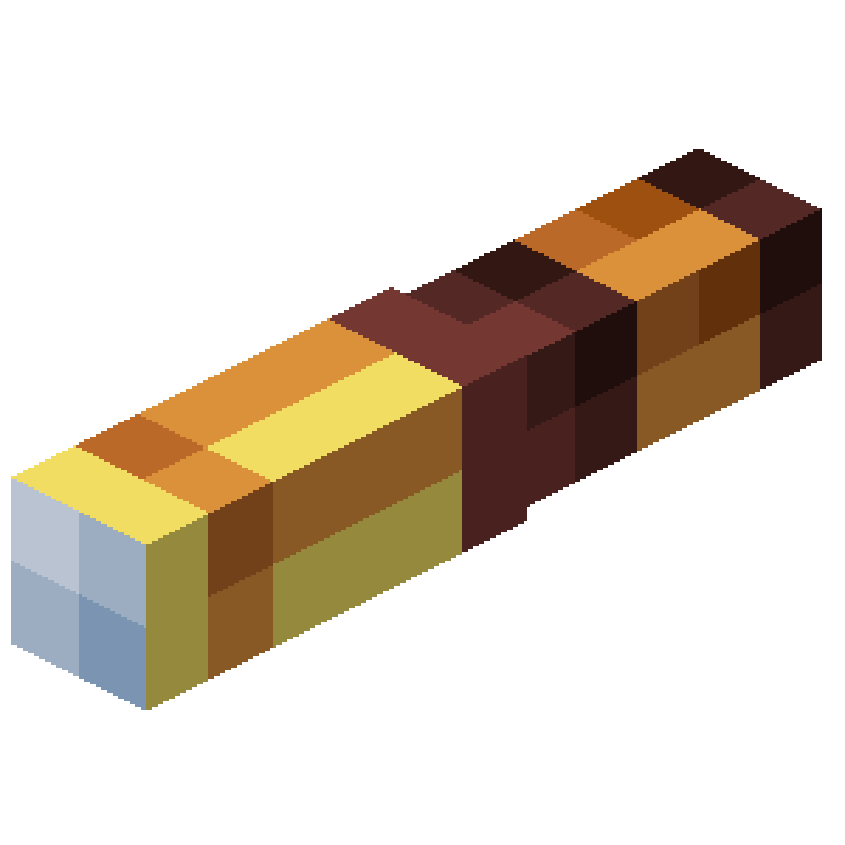 Glow Ink – Added from glow squid, this Ink can be used to make luminescent text on Signs. 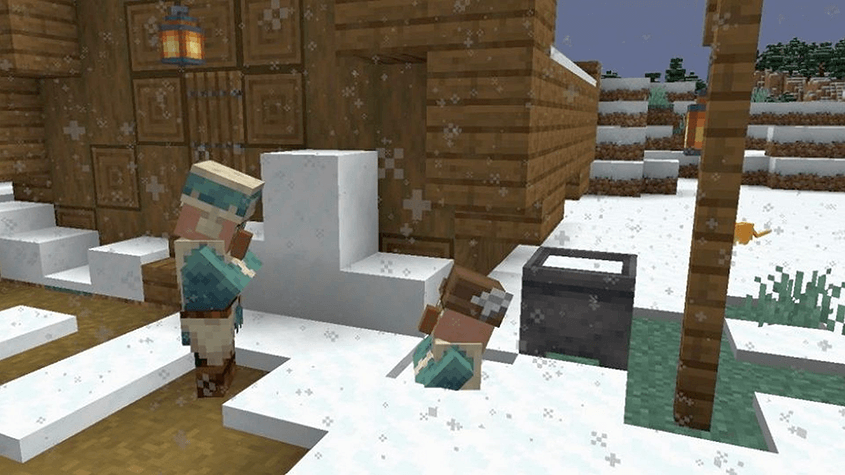 Powder Snow – A new block of snow that allows the player to fall through into it, kind of like quicksand. It also freezes the player slowly, which they can avoid by wearing leather armor. The freezing will slow proportionally to the amount of leather armor worn. 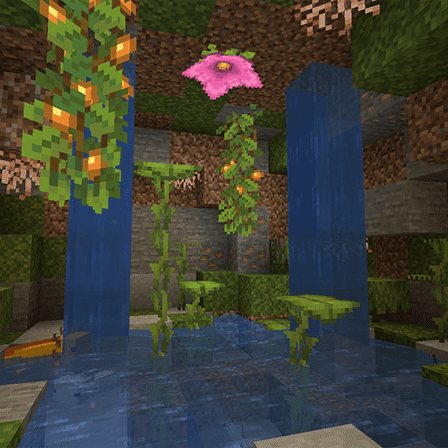 Lush Cave Blocks – A new block that will spawn in the Lush Caves biome that has yet to be fully implemented. It looks like a form of moss. 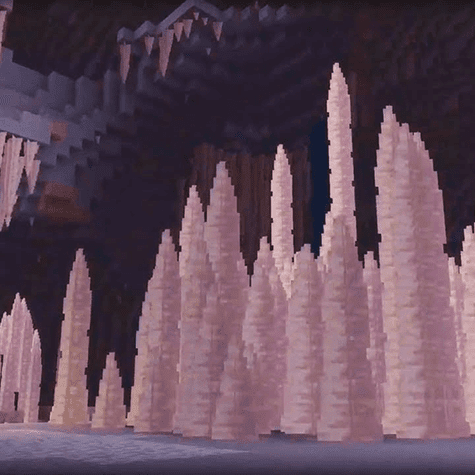 Dripstone Cave Blocks – Dripstone Caves also have yet to be fully implemented. The Caves are covered in Stalactites and Stalagmites. 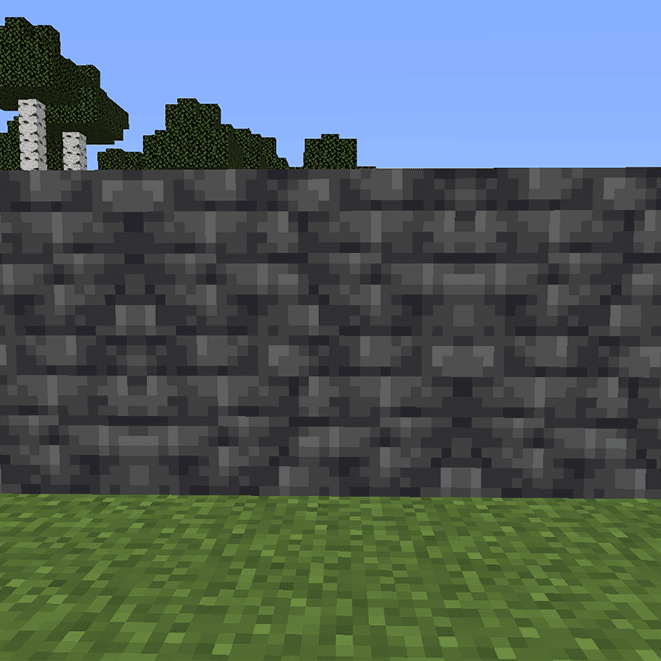 Deepslate – A new block that will be at the bottom of the world. 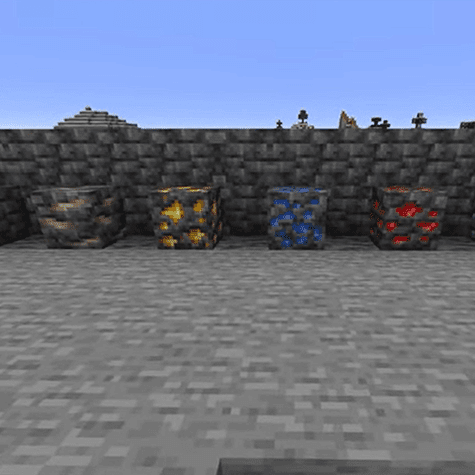 Ore Variants – Most ores in the game now have new textures, and even have Deepslate variants. 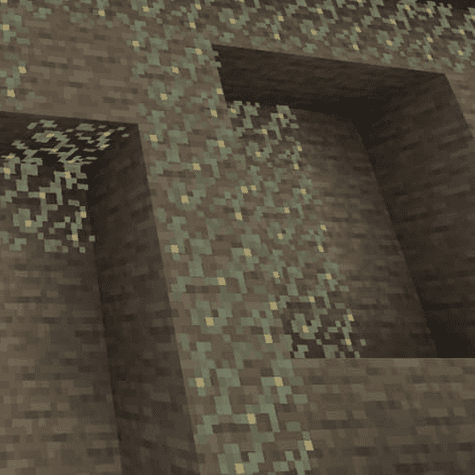 Glow Lichen – Glow Lichen is a type of grassy-looking thing that spawns on the floors, walls, and ceilings of caves which lights them up by glowing. It doesn’t seem to serve any purpose yet.

You can read the full changelog of the patchnotes in the Minecraft launcher.

Why is this happening? Why does Mojang feel the need to split the update into two separate sections? Well, it’s complicated, but thankfully there are very understandable reasons behind the decision.

Quality
To ensure quality, the Minecraft team is going to release some of the features of the Caves and Cliffs update during the holiday season instead of all of the features. This is because the most important goal to Mojang is to deliver as much player delight and enjoyment as possible, and they’ve realized that if they release some of the more complex features during the holidays they will not be at the quality level that meets their standards.

The best possible experience sounds idealistic, but it is the goal of the Minecraft team to offer nothing less than that. Quality over quantity, after all.

Technical Challenges
This update is huge. The very shape of the world in Minecraft is being completely restructured. From massive mountains, epic caves, and even the world height, everything is being reworked. These changes touch the core of how the world is generated, and has rippling effects on the performance of the game, which is a massive deal in Minecraft, as it is considered one of the most accessible titles.

It’s been decided that these difficult changes will not be rushed, and that all of these technical complexities are given the time they deserve. While at the same time, there are multiple features that do not have the technical implications that the other listed changes do, so this is part of why there will be two separate parts to this update. The world generation parts will be in the holiday update while the other parts will be in the summer update.

Team Health
Team health is an extremely important, if not the most important thing to Mojang. With the Caves and Cliffs update, they’ve realized that if they were to release all of the features planned that it would require massive amounts of work in a short amount of time. Basically, crunch time.

The thing is, Mojang shouldn’t have to do all of that. They don’t *want* to force anyone to have to work overtime. On top of this, we should acknowledge that the world is still in a pandemic right now, and the health of the team is more of a valuable asset than an expectation like a year ago. They know that making the team feel as happy and healthy as possible will lead to the best outcome, even if it takes a little longer. This allows more creativity, a better game, and all around is a great decision.

In regards to Part 2 of the Caves and Cliffs update, there isn’t much to go over. All we know is that the rest of what has been shown to us through Minecraft Live and snapshots will be released. This includes all of the new cave/mountain generation, the rest of the revealed mobs, extended world height limit, improved optimization and ore spawn rates. 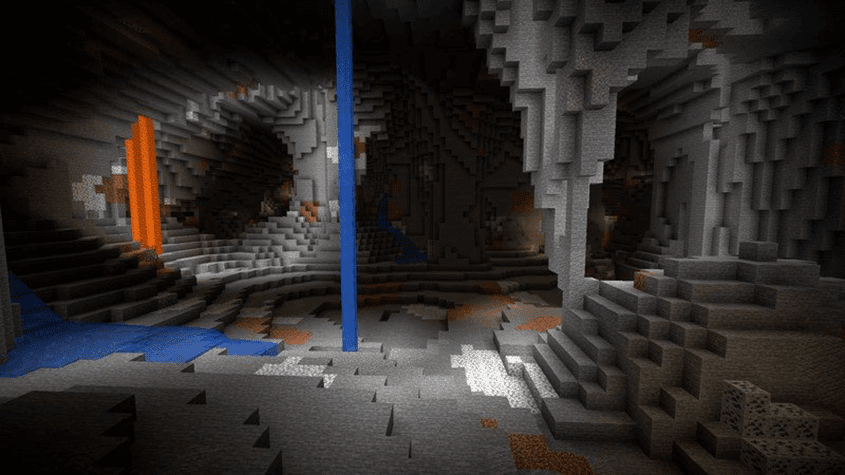 To give my honest opinion, I feel that Mojang will eventually revert the changes to the world height limit due to limitations on performance and optimization. That, or it will take them a significant amount of time to work out. Most of this delay is due to the technical complexity of the endeavour, so it must be extremely hard for them.

That’s pretty much it! The oh so anticipated Caves and Cliffs update is finally here, although not in its entirety. Releasing tomorrow, we’re bound to have our hands full with server updates and tons of technical issues, but don’t fret! We fix things for a living! In any case, I hope this blog helped you understand the current situation, and with that being said, have a great day!