Good evening, everybody! It’s Dave here, coming at you with another week of predictable yet splendid news! We got a pretty good haul, so let’s get started. It seems that instead of a snapshot, we got a neat little article this week. Duncan Geere from team Minecraft explains the intricacies of Ancient Debris, how they can be turned into Netherite Ingots, and how inspiration from real-life influenced these mechanics. 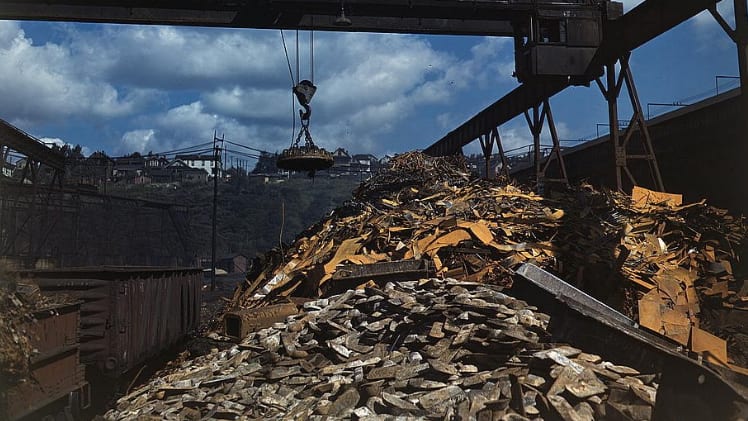 He goes on further explaining how junkyards collect scrap all the time, and then refine the scrap by melting them into pure metals. Recycling metals is a really efficient way to save energy and time when making new products. Sometimes though, people do not separate their metal. This is where landfill mining takes place, which is an extremely lucrative form of mining that is sometimes more profitable than natural mining. It’s all basically Minecraft in real life, or some silly thing like that. You can read the actual article in its entirety here.

Joseph: Joseph bought ownership of a large-scale bot project that Kyle is assisting with, and some Red Bull.

Ricky: Ricky is going back home to Vegas to celebrate his mother’s wedding, and he’ll be getting two tattoos while he’s there.

Daniel: Daniel ordered a new bad, which is actually smaller than his current one which will allow him to store his ‘poor spending choices.’

Now I know I haven’t done much but bring you guys story after story from Reddit, so let’s improve. Reportedly, popular Minecraft YouTuber Dream has reached over 20 million subscribers on his youtube channel! That is an amazing accomplishment, as 20 million subscribers isn’t just a large amount of subs, but a crazy amount of people. Dream can now officially say he has more people lined up to watch his content than some countries have actual people!

Dream had his start less than a few years ago when his Minecraft ‘Manhunt’ series started taking off. A series of videos where Dream and his friends would chase each other around over and over while the other attempts to beat the game riddled his video library. Who knew that the smalltime Minecraft youtube would become one of if not the most-watched video game YouTuber of our time. You can check out and follow Dream at his channel here.

That’s all I’ve got for you this week. No fancy snapshot from Mojang, but rather a somewhat educational dialogue on scrap metal, why it matters, and how it inspired Ancient Debris’ addition to Minecraft. The Apex team is as rambunctious as ever, deploying advanced tactics to bring you the best servers around. As for Dream, I don’t personally enjoy his content but he must be doing something right, as you don’t get a few dozen million subscribers in such a short time by accident. I’m sure he will continue to grow exponentially. Welp, until next week, have a good one!