Despite the name focusing on mining and crafting, building is a massive part of the Minecraft gameplay loop. Whether you’re building houses, scaffolding, or even decorating a cave, focusing on builds is vital to a subset of players. With so much interest and differing concepts, players began creating competitions to test their skills in the world of building. Introducing the Build Battle gametype, a premade server version that includes all of the worlds, plugins, and configurations needed to host a server for players to join and experience. Fight against other players across differing arenas and themes in order to create the most spectacular builds you can dream of. With Apex Hosting, installing this premade gametype is as simple as using a dropdown menu, so we have created this tutorial to guide you through the setup process.

When installing a premade gametype, we highly suggest removing all files ahead of time. This will prevent any file conflicts, which can lead to crashes.

Your server is now configured and ready to have the gametype installed! 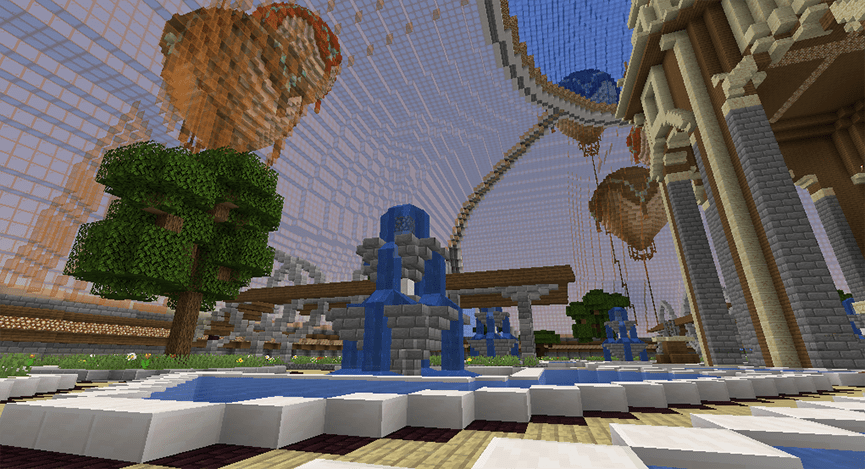 Once you spawn into the server, you will be in the lobby area. This large dome structure is complete with hot air balloons, fountains, and various other decorations to liven the area. All players will be here before loading into an arena and after one is complete. 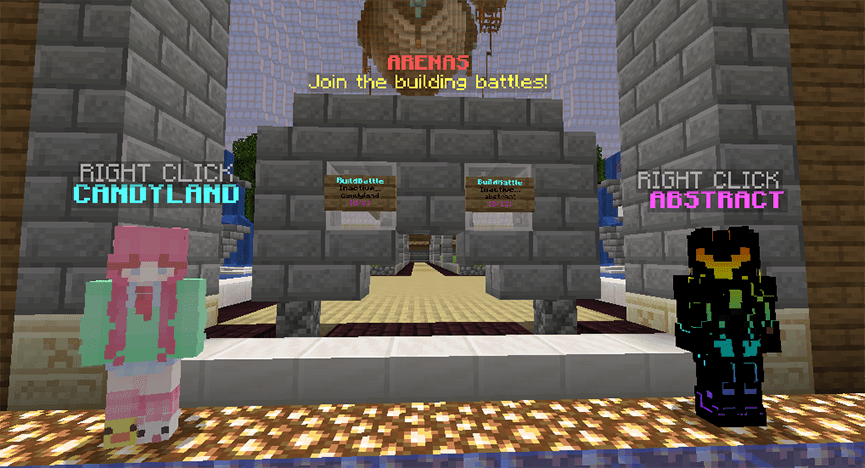 When you are ready to begin a game, make your way to the signs and NPCs in the center of the lobby. Here you can select the desired arena you wish to play in. Two maps are available, holding 8 or 12 players respectively. In order to join, interact with the sign or NPC for the map.

Currently two maps are available to use with other players, these are: 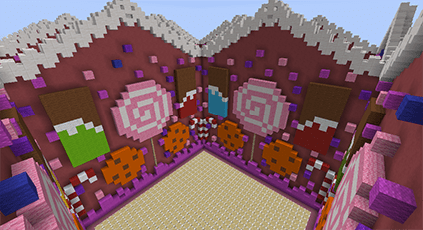 A sweets-themed arena holding up to 8 players. Covered in chocolate, cookies, and other goodies. 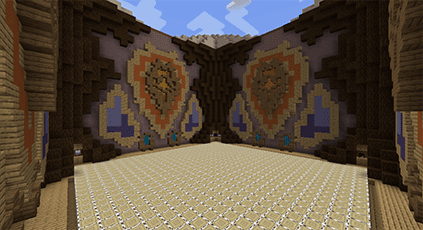 An abstract-themed arena that holds up to 12 players at a time. Less flashy, but provides for focus on the builds.

Voting for a Theme 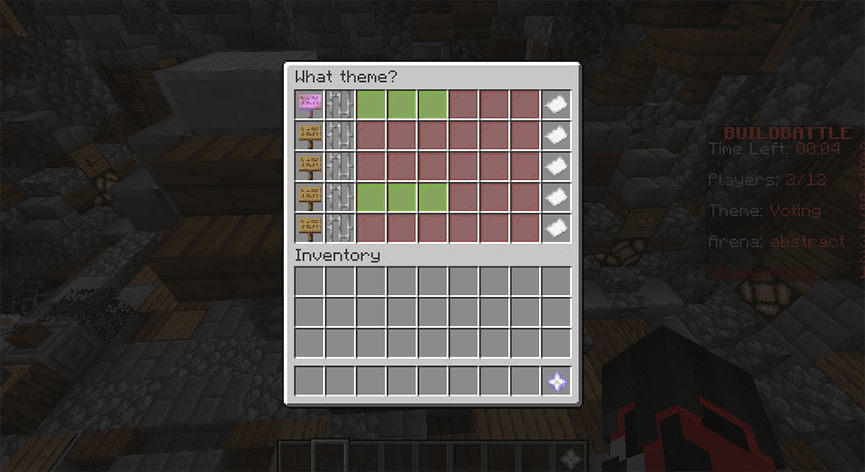 When the start countdown timer is nearing completion, a screen will appear, allowing you to select a theme for the build or choose to have no theme at all. Selecting a theme will cast your vote. 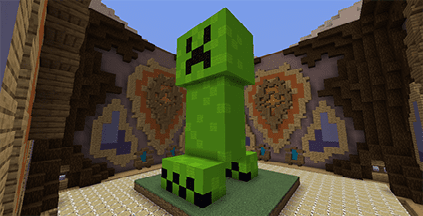 Upon the vote coming to a close, you will enter the arena and begin building. Here you have an entire square plot provided to you, as well as creative mode to use any blocks or items necessary. You now have approximately 8 minutes to complete your build before the time runs out. 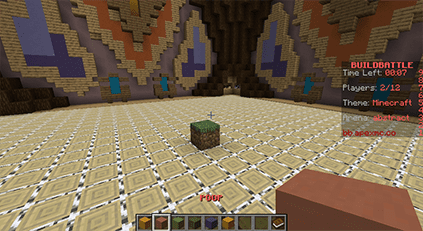 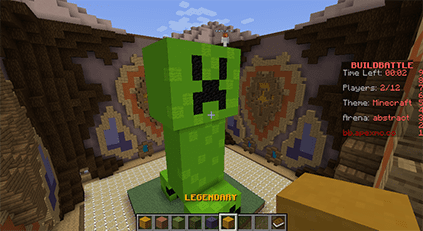 After time runs out, all players will be transported to the plot of other players in order to vote on each design. Using the blocks in your inventory, you can mark how well you believe the build is in the theme or in general. 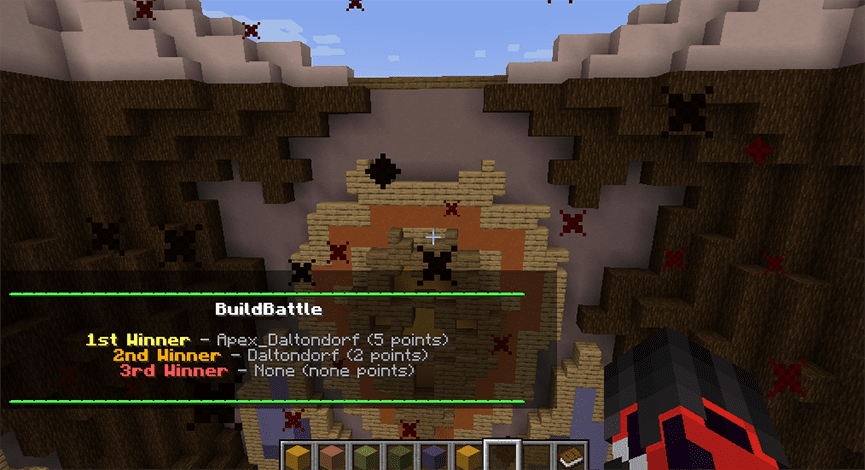 After all the voting has been concluded, the game will turn each player’s vote into points and tally them up, announcing the top 3 winners of the game. Alongside each player name you will see how many points were earned before returning to the lobby to play again.

You now know how to install Build Battle and get started with your first competition. With only 2 players required to start a match, you can easily play this minigame with a few other people. Whether you challenge a few friends or anyone else online, this can easily be achieved with this pre-configured server. Additionally, the Build Battle plugin can be adjusted from the server files and the in-game commands, allowing you to add new arenas, themes, and other changes that will allow your server to thrive. With this newfound knowledge, jump into a game of Build Battle and begin constructing the designs of your dreams!

How To Make a Build Battle Server With Apex Hosting