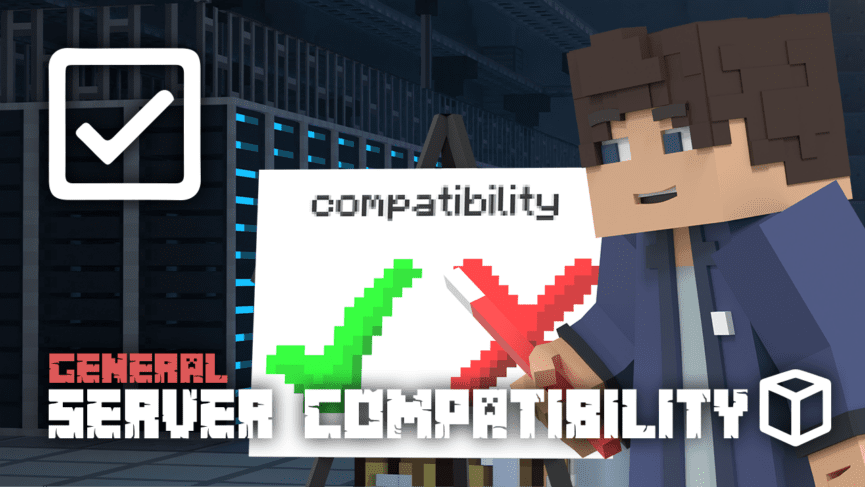 There are two different versions of Minecraft that can be played on over seven different device types. This may cause some confusion when trying to determine what is possible to run on your Apex Hosting server. In this guide we will go over what devices are compatible with each version of the game as well as what possible limitations there may be server-wise with each version.

In our personal opinions, Java is probably one of the most feature-rich versions of the game. You can mod the game, host your own servers, join realms with friends, and even get access to snapshots which grant early access to any new features being developed for the game.

With the Java Edition of the game you are able to play on any Windows, MacOS, or Linux-based machines that have Java installed. Currently to play anything above version 1.12 you will need to have Java 8 installed. Luckily the game comes prepackaged with its own version of Java so this is not something you will typically need to worry about.

Modding your game with Java can come in all shapes and sizes. This includes running things like forge mods on a server and or client, using plugins on your server with special server software like Spigot or Paper, or even installing one of the many fan-made projects that help bridge the gap between mods and plugins. If you have the Java edition of the game then you can also play any of the premade minigames that we offer here at Apex Hosting.

The Bedrock Edition of Minecraft can be a bit confusing when trying to understand exactly what is compatible and possible with it. Bedrock Edition can be played on many different devices unlike the Java Edition. Whether you play games on a PC, Mobile Device, or Console, Bedrock Edition will have you covered. You can crossplay with all of these versions either on a Realm or in a multiplayer server you can get with us here at Apex.

The only PC operating system that is officially supported for Bedrock Edition will be Windows 10. Typically the game’s title will just be Minecraft for Windows 10, but that just means it is the Bedrock Edition of the game and not the Java Edition.

Minecraft can also be played from a mobile device. Any typical mobile device like a tablet or phone that runs either iOS or an Android operating system should be able to play. You can find and purchase the game on the App Store or Google Play Store. Similarly to the Windows 10 version, the mobile versions will also be Bedrock Edition.

Lastly, you can play Minecraft Bedrock Edition from different gaming consoles. This includes but is not limited to Xbox, PlayStation, and the Nintendo Switch.

When using the Bedrock Edition of the game you will be a lot more limited in how you can modify the game. Bedrock cannot run mods like Java Edition can. The main modification you will be able to make is behavior packs. These can be activated in your local world to alter specific game mechanics and behaviors. Modifying servers is also going to be a bit different for Bedrock Edition.

There are two main versions you can run on a Bedrock server that allow for you to use plugins. Those versions are NukkitX and Pocketmine. Do not let the names fool you though, as you are able to join from any normal Bedrock Edition client on either of these versions. These versions have their own proprietary plugins you can find on their websites. Each version has their own pros and cons as they may not include all the same features as a normal vanilla Bedrock server. We would recommend reading more about each version on their respective websites to make an informed decision of which you may want to use.

When considering version compatibility there is a lot to keep in mind. While we have attempted to cover as much as possible you still may have questions based on your specific situation. If so, we recommend getting in contact with our amazing 24/7 support team to better help answer your questions. We hope this guide has helped shed some light on the complicated topic of compatibility in Minecraft.