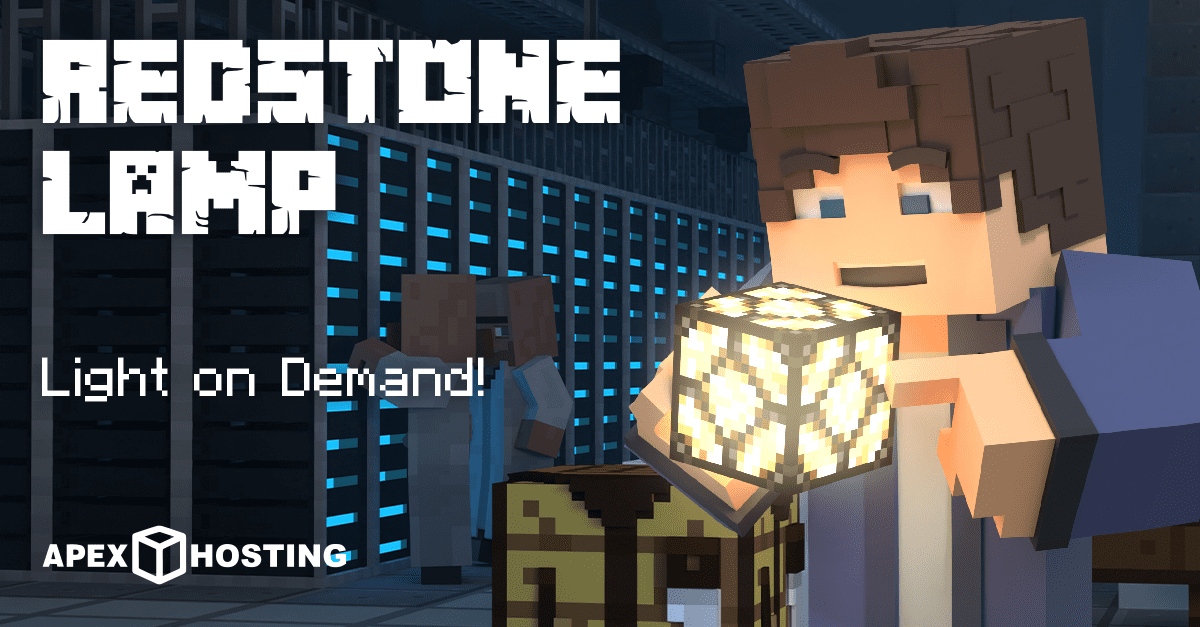 Redstone, albeit fairly complex, is a huge part of the Minecraft community. With numerous additions being made to the Redstone network such as repeaters, comparators, and more, it’s always nice to take a step back and look at the simple things we take for granted. Being one of my favorite light sources, Redstone Lamps are a great-looking block that can add to any world’s experience. Today, we’re going to go over what Redstone Lamps are and how you could use them. Let’s begin.

Redstone Lamps are blocks visually resembling Glowstone that give off light as long as they are powered. While powered, they have a luminescence like a torch, and the same light level as Glowstone. They require a constant input from a Redstone current in order to emit light, which makes them somewhat inefficient and impractical for most situations. Like most other light-emitting blocks, they will melt snow and ice, but not Packed Ice.

As explained above, the Redstone Lamp is a contraption of sorts, meaning that it must be powered by a Redstone signal to provide light. Interestingly enough, the Redstone Lamp will also power any block adjacent to it. It will even power Redstone wire if it is placed on top of, underneath, or directly next to the lamp following the same principles as a standard solid block. Unlike Glowstone, breaking the lamp will yield itself, rather than dropping another item. Be warned that having a large amount of blinking lights in the form of Redstone contraptions may cause FPS drops or even crashes.

How to make a Redstone Lamp 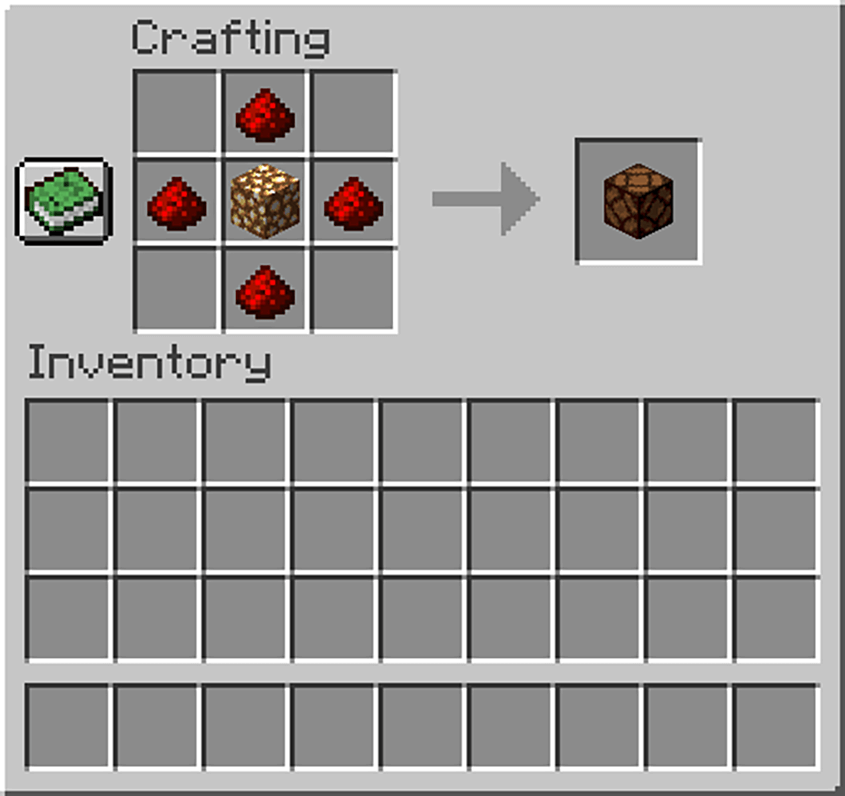 The Redstone Lamp recipe is fairly simple. You’re going to have to craft them, as they’re incredibly uncommon. Here’s what you’ll need:

The history of the Redstone Lamp is actually quite interesting, but complicated. Originally called lanterns, they were crafted objects originally planned to be introduced in the Halloween Update. This feature was delayed because of time constraints and would have been implemented in a future update. On November 11, 2010, on his Twitter account, Notch mentioned that “lamps” had actually stood for “Light A-giving’ Material Portal Side… the yellow stone thing”, probably referring to glowstone.

On the 12th of June, Notch also hinted at adding them, or at least that he’s working on a version of Lanterns. During Minecon, when confronted about Lanterns, Notch said that lanterns were scrapped due to the majority of people preferring torches. Later, Jeb started working on a Lantern-like idea that will feature a glowstone light source, but will be purely generational as their existence will not change the effects of torches like the Lantern was supposed to do. This idea would grow into the Redstone Lamp which was then introduced in Snapshot 12w07a on February 15, 2012. Jeb announced the addition of Lamps in a tweet the day before its release in response to another tweet.

That’s all there is to it! The Redstone Lamp is a fairly simple block with quite the convoluted backstory. It can be utilized in many different ways through the use of Redstone contraptions. Whether you want to make a structure that automatically lights up at night, a dynamic sign of lights, or just have a decorative version of Glowstone, it’s perfect. Anyway, I hope you know more about this block than when you first opened this blog, and have a great day!