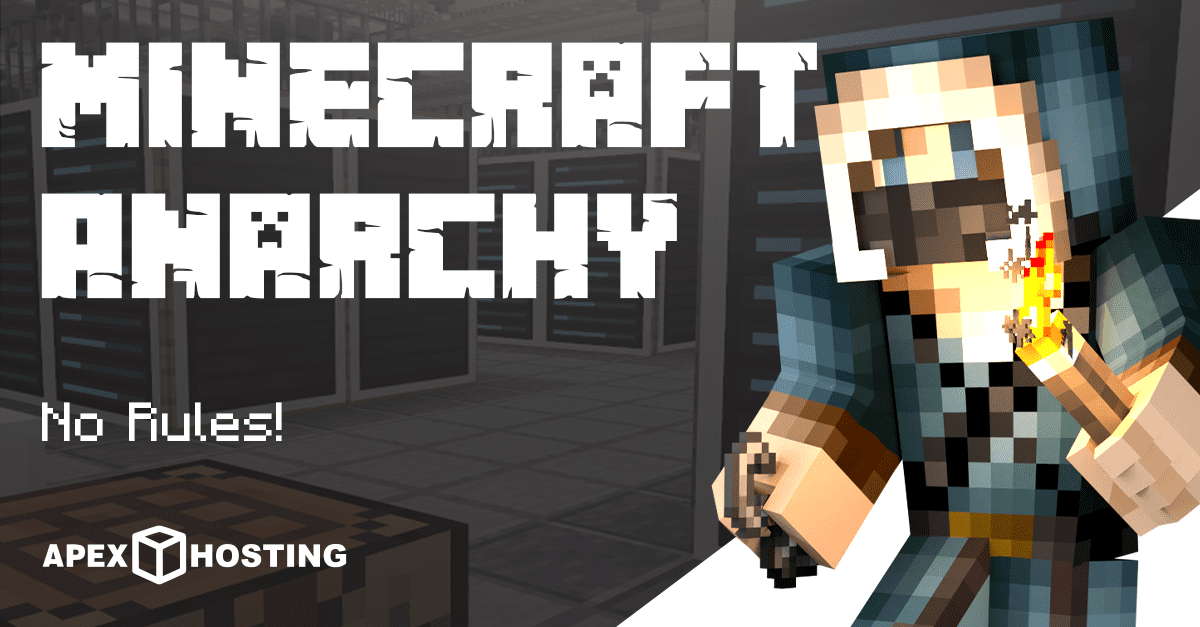 What a lovely concept, Anarchy. Google defines anarchy as a state of disorder due to absence or nonrecognition of authority. For the lovely world of Minecraft, this definition mostly fits the mold. Today’s blog will be an explanation of anarchy in Minecraft, what it means to the players, and how it has characterized some servers. With that said, let’s explore Minecraft’s most dangerous genre of play.

What is an anarchy server? 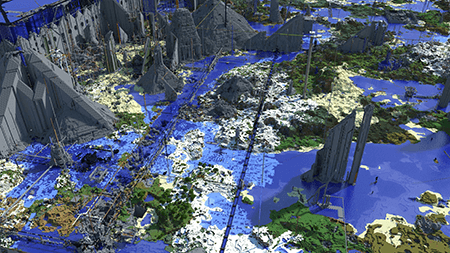 Just like anarchy in real life, an anarchy server refers to the lawless nature of the land. This goes down to the highest degree, meaning that everything is allowed. Most things that would be bannable offenses on any other server remain here, and usually become the status quo. For example, hacking and exploiting. ESP and hacked clients run rampant on anarchy servers, because you won’t be banned for using them. Why shouldn’t the player take advantage over others when given the opportunity? The usual stuff is also allowed, such as griefing and raiding.
A fair warning to those interested in joining anarchy servers: since everything is allowed, this can include racism, bigotry, toxicity, and total freedom of speech. If you don’t have thick skin, I would highly recommend reconsidering playing on an anarchy server.

The History of Anarchy 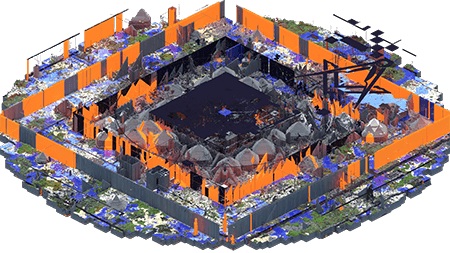 of you have probably heard of 2B2T, also known as 2builders2tools. 2B2T is an anarchy server founded in December 2010. Not only is it one of the oldest running servers in all of Minecraft, but it is the oldest anarchy server. Its popularity is measured as one of the highest for any survival server, having hundreds of playing daily, and millions of people who have played on it. To have the same world that was generated over a decade ago, that entices people. It’s not just an anarchy server. It’s Minecraft history.
There’s something alluring about maliciously turning the most popular friendly block game into a wasteland of toxicity and lawless chaos. Since days of old, people have played on these types of servers and they will continue to for the foreseeable future. At least on 2B2T, people will wait hours in a queue to get to play. I’ve tried myself, and I was waiting for quite a while! Sometimes people will say “you can do anything you want” but very rarely do they mean it. True anarchy resides in servers like 2B2T, in a way that is very difficult to replicate and sustain. In a way, that’s a beautiful thing in its own right. You can play on 2B2T today (if you’re willing to wait for the queue), on the IP: 2b2t.org

There isn’t much to say about Minecraft anarchy. It’s a pretty interesting phenomenon developed by those who wanted something different out of the game. Something more sinister and disastrous. Like I said before, there’s something about the chaos and lack of law that make these servers appealing. If not, then at least the idea is interesting! Obviously, the playerbase feels the same way because anarchy has only grown, gaining traction from popular youtubers who document the life of an anarchy player like FitMC, SalC1, BarrenDome and many more. Personally, I’m not cut out for anarchy just yet, but maybe you’re built different. I await your inevitable downfall.