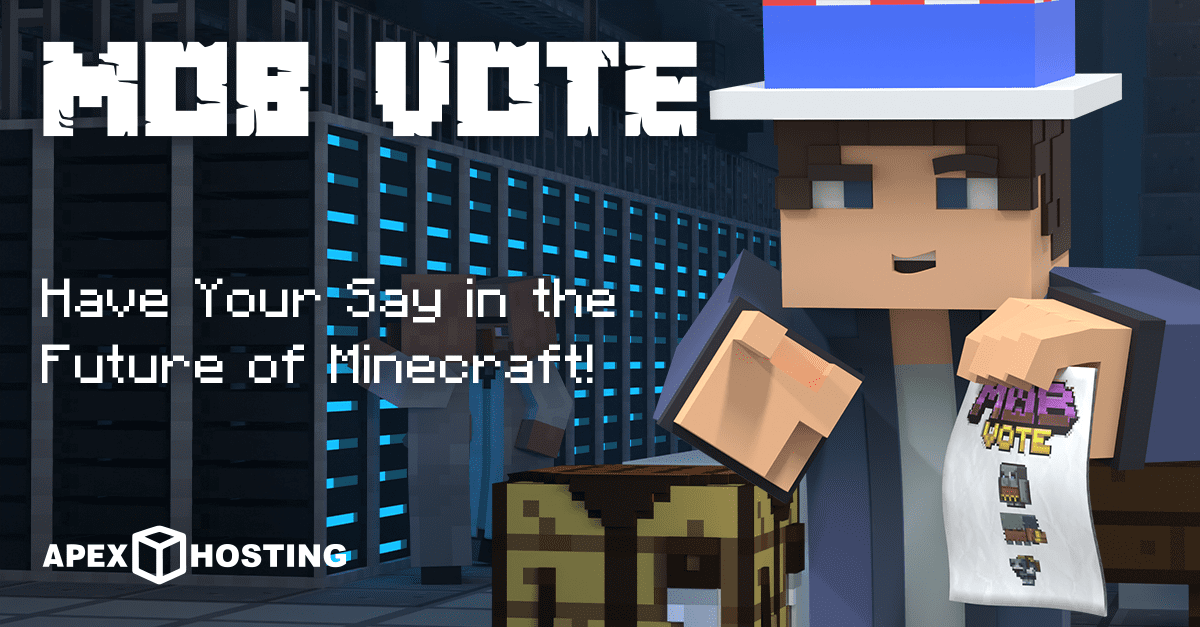 Another year, another epic overproduced livestream hosted by Mojang and the Minecraft team! And as we’ve come to realize the past few years, each Minecraft Live comes with its very own Mob Vote where the Minecraft playerbase will vote for one of three mobs to be added in the newest Minecraft update, that being 1.20. We aren’t too sure what version 1.20 holds in store for us, but we do have this little bit of control. Let the 2022 Mob Vote commence!

So you have three choices to decide from but only one of them will make it into the game. The other two are forever doomed to a life of Curseforge existence. Anyway, let’s go over our choices.

The Tuff Golem – A statue with a twist! This little guy comes alive! When the tuff golem awakens, it will walk around, pick up, and hold any item it comes across. Don’t worry, it will return to the same spot you’ve placed it when it turns back into a statue. It may be a work of art, but you’re the designer! So basically it’s a glorified item frame with some extra steps, but those steps are so cool to watch!

The Rascal – A mischievous mob that loves to play Hide & Seek! The rascal lurks in underground mines, waiting to be found. If you spot the same rascal three times it will reward you with a prize so keep your eyes open! We’re a little foggy on what exactly the prize will be, but it most likely will be an enchanted tool.

The Sniffer – This ancient creature was once part of the Overworld’s ecosystem, now you can bring back the sniffer if you can find its egg! Hatch new Sniffers, breed them, and figure out how to make them thrive once more. There are seeds out there that only the Sniffer can find. This dude is huge, with a full grown Sniffer being larger than the Tuff Golem and Rascal combined. Neat!

So, you may be wondering “How do I even vote for mobs?” to which I would clarify with you that things are different this year. Rather than voting by tuning into Minecraft Live and using Twitter or any third party platform, you’ll be voting in the actual game of Minecraft! You have the option of voting in either Bedrock Edition or on Minecraft.net, but if you’d like to vote on the website you’ll still need to log in to your Microsoft account. We aren’t too sure what this will look like, but those are the instructions given to us straight from Microsoft!

Welp, that’s all there is to it! It seems like the mob vote is looking a little different from last year, with it being in game and all that. But I’m sure that this allows Microsoft and Mojang to be certain that their votes are absolutely not rigged by anyone other than themselves! We’ll be absolutely certain if the Sniffer doesn’t win. In any case, I hope that you all get your favorite mob introduced in the newest update (some of you will be disappointed, unfortunately) and have a great day!