Jurassic Craft 3 is the brainchild of the creators of Crazy Craft and has many of the same features. The main difference between the two though, is that the modpack revolves around the Jurassic Craft mod. The whole goal of the modpack is to give you the opportunity to build your own Jurassic Park with all of the trials and tribulations it brings.

This is a relatively lite modpack with only 54 mods included in it. It is only available from VoidsWrath, so you will need the Void Launcher to be able to install and play it. The primary mods in this pack are JusassiCraft, Fossils and Archaeology, and Tech Guns. 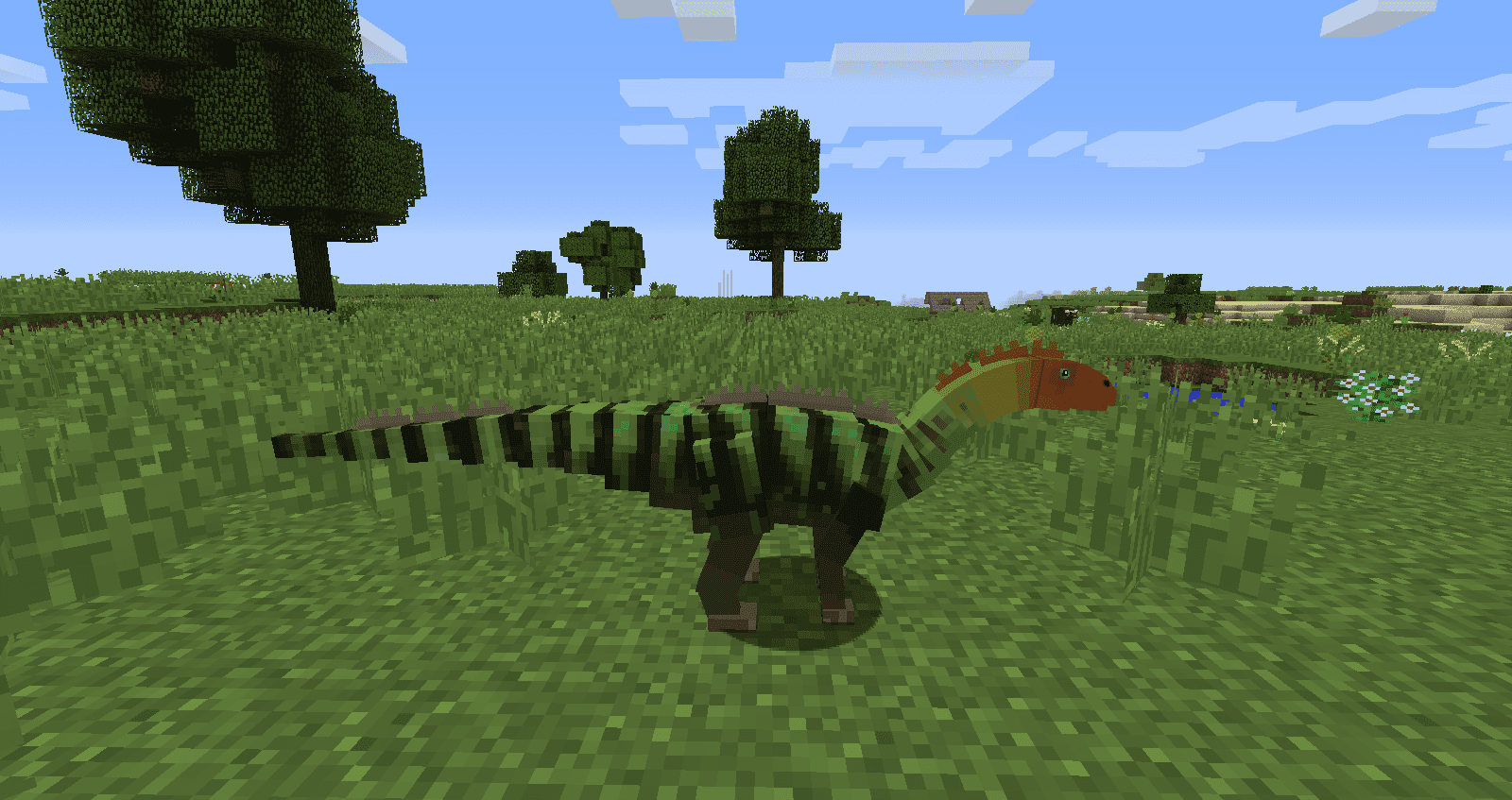 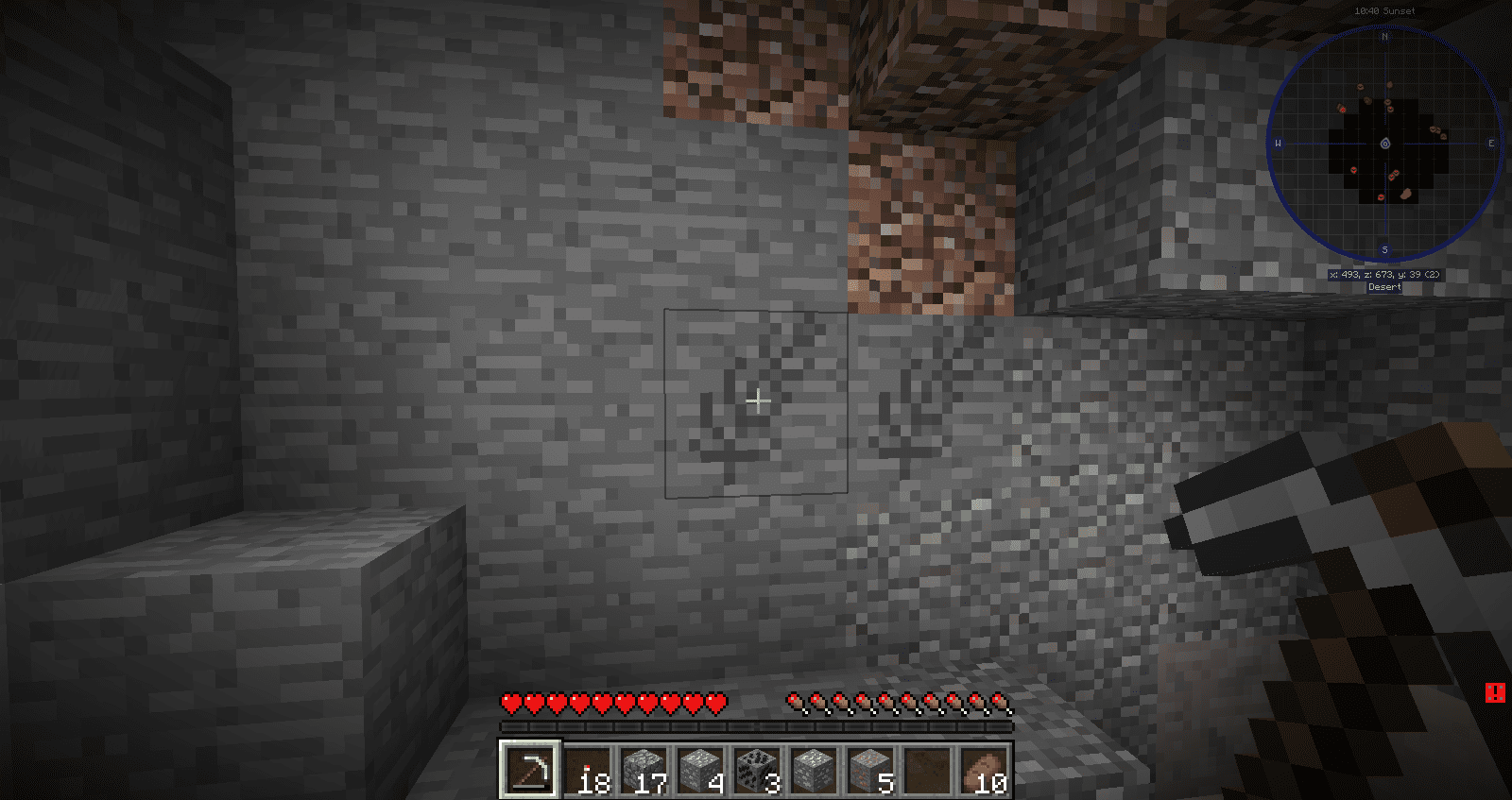 Getting started in JurassicCraft is fairly easy. Fossils can be found throughout the world in every biome. They look like regular stone or terracotta blocks with bones, or silhouettes of plants or animals on them. Once you find a fossil there are a few different ways to harvest it. The safest way to do this is to right-click on it with some Plaster and Bandages, then mine it with at least an Iron Pickaxe. 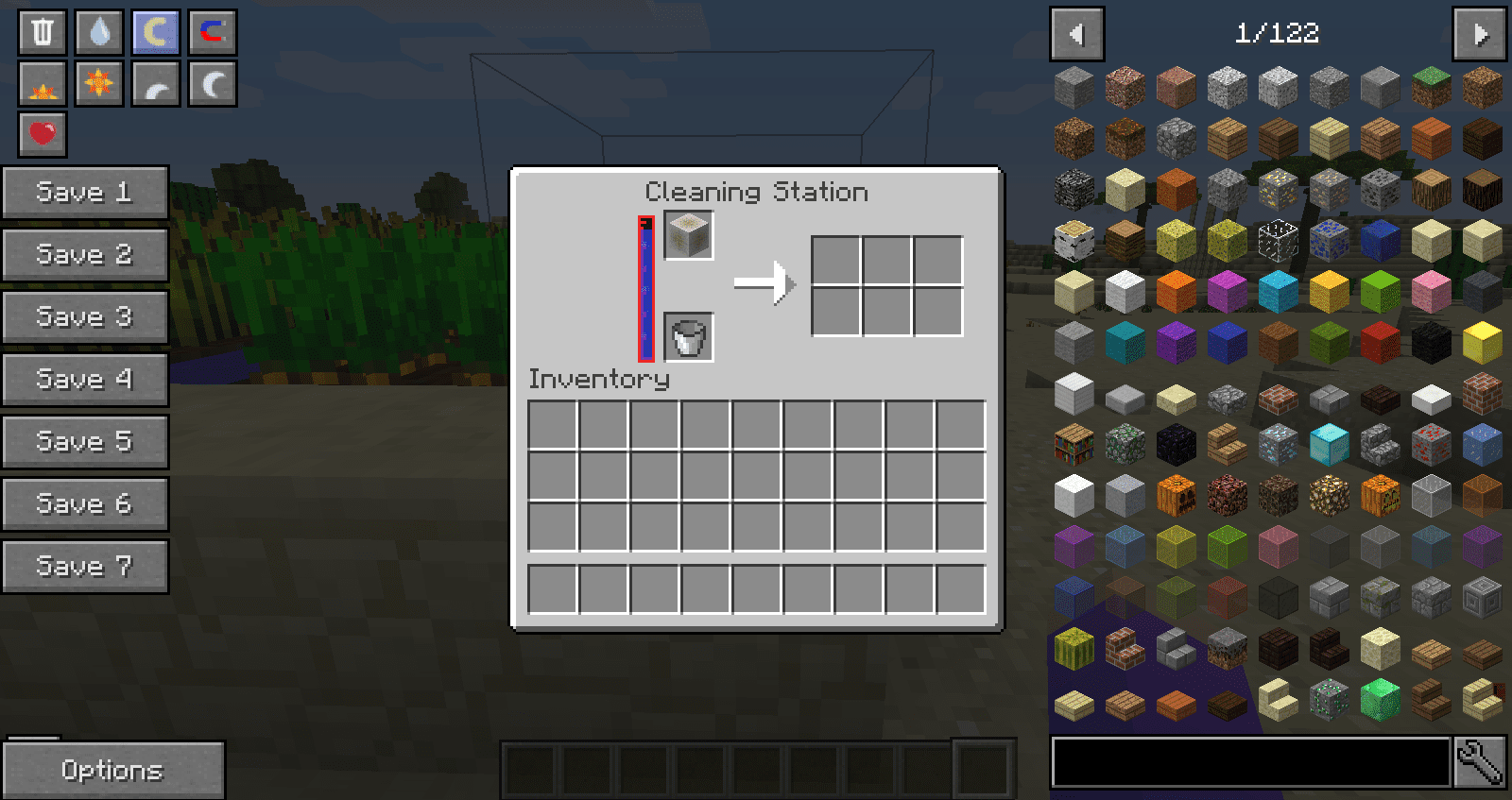 Once you have your fossils you will need to create a Fossil Grinder, a Cleaning Station, and a DNA Sequencer to be able to make use of them. The cleaning station will remove the plaster from your fossil and give you usable items to drop into the fossil grinder. It is made using iron ingots, blocks of iron, redstone dust, a glass pane, and a bucket. 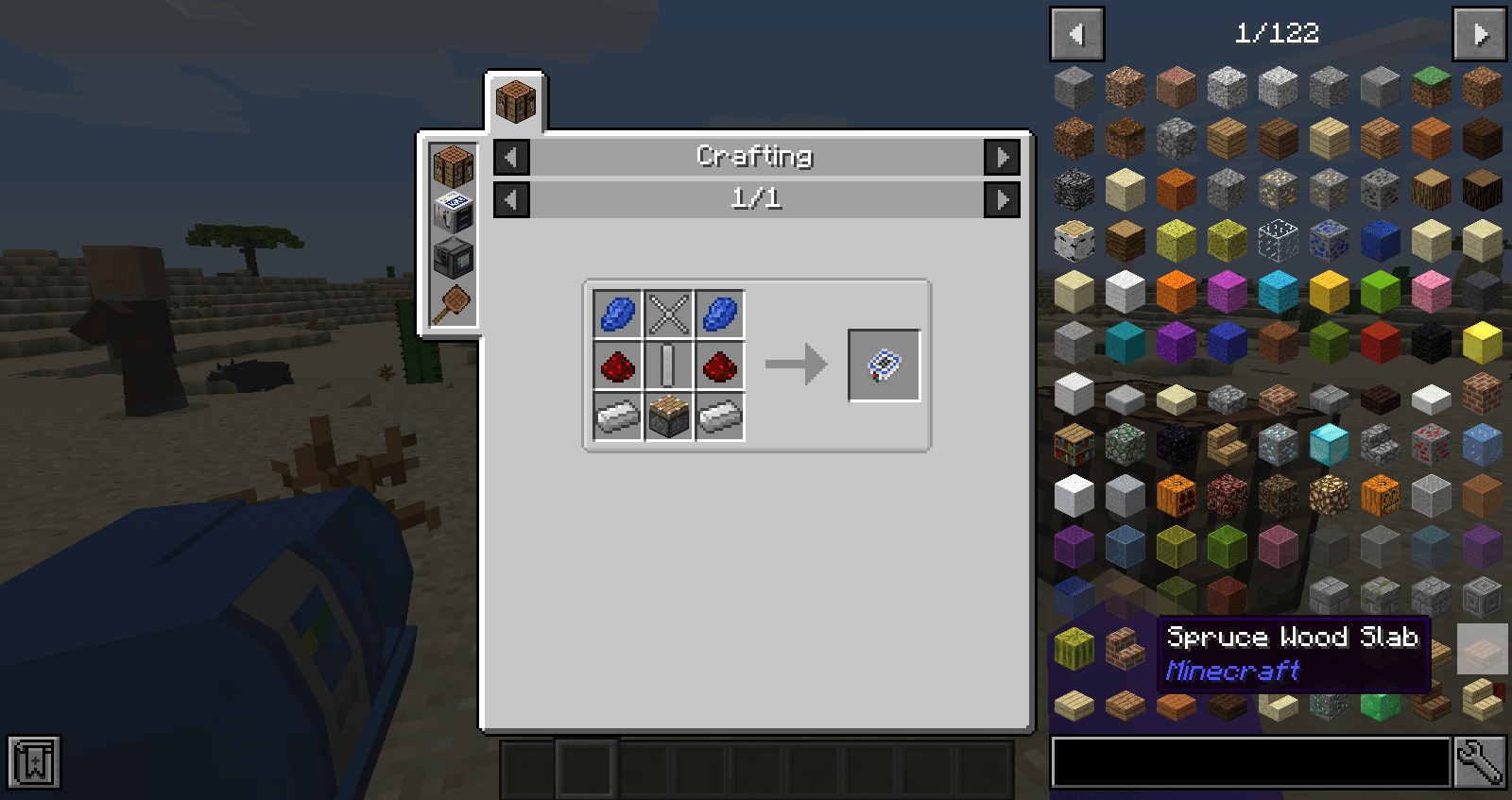 The fossil grinder will be what you used to extract samples such as soft tissue from the fossils you find. Sometimes it will give you other items like bonemeal instead of a sample, but if you keep adding fossils you will get something useful before long. You can create the fossil grinder using the recipe below. 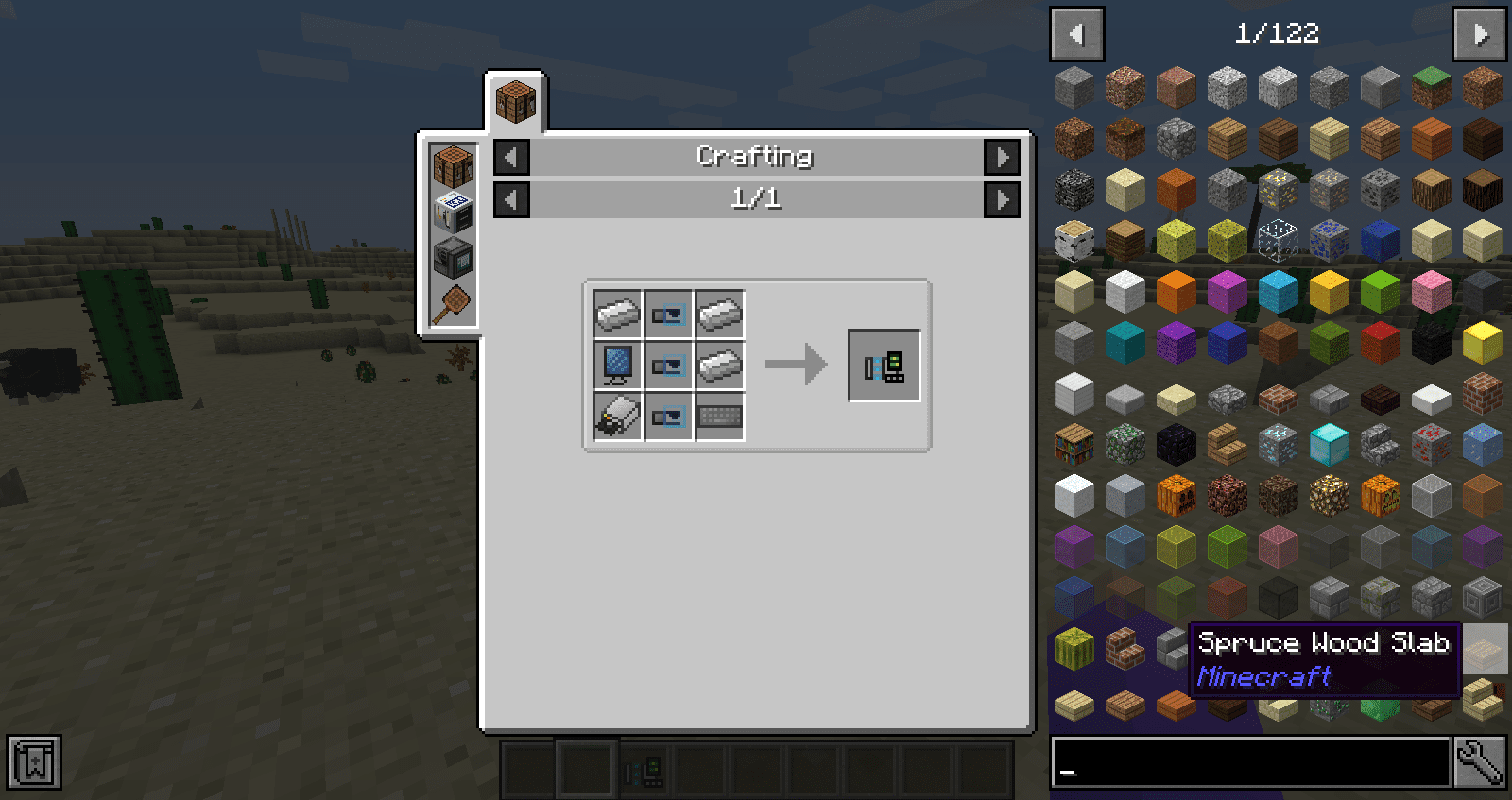 The DNA sequencer is made from iron ingots, a computer screen, DNA analyzers, a keyboard, and a disk drive. Getting the modded items for this recipe will require a few different items, but the main thing you will need is a Basic Circuit. These can be made fairly easily with gold and iron nuggets and a piece of redstone dust. Basic circuits are invaluable in this modpack as they are essential for making many of the tools included in Jurassic Craft. 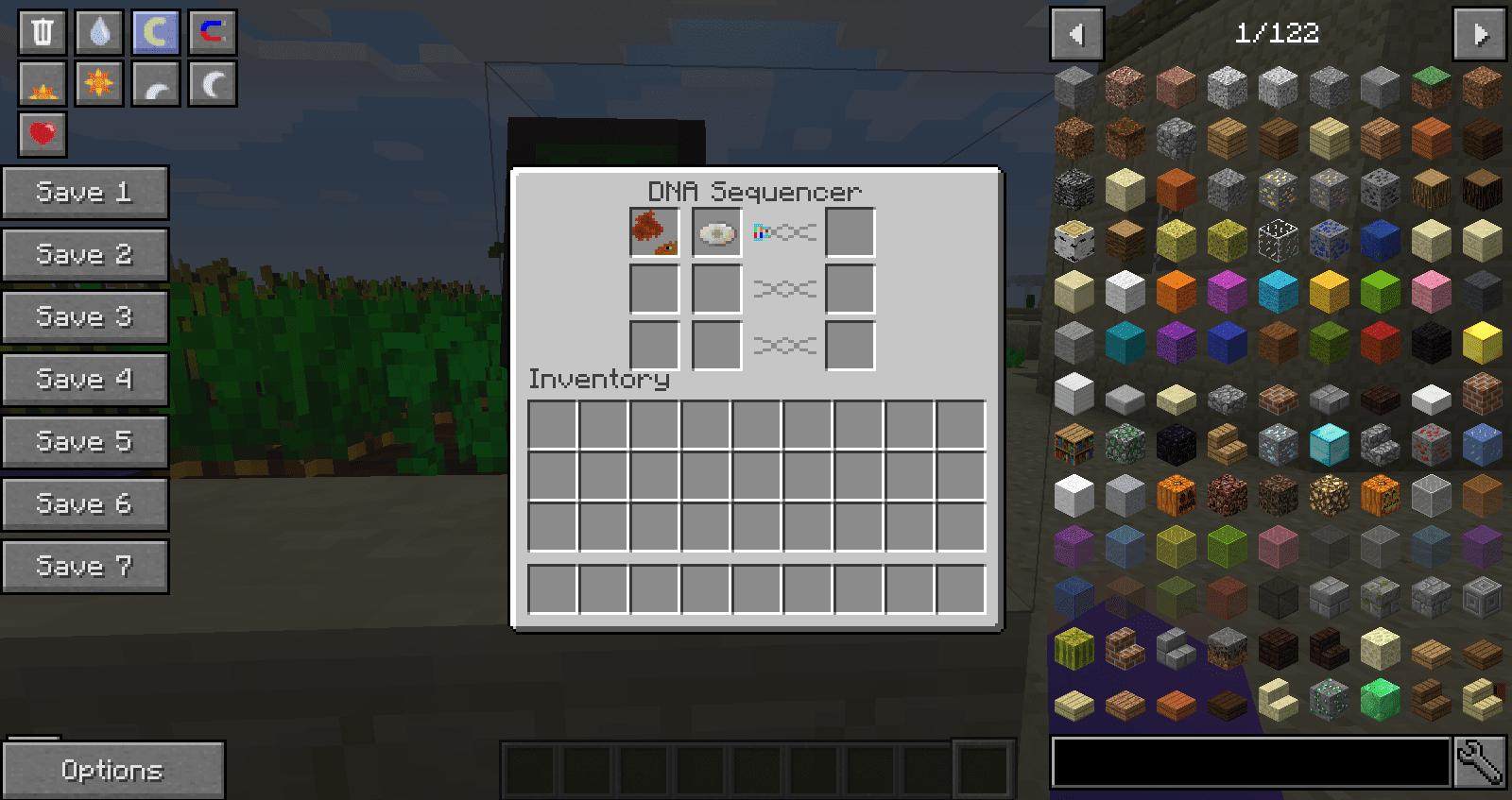 Once you have the sequencer setup you can just drop your sample and a storage disc into the machine, and it will create a disc with the DNA on it. Every disc will have a certain percentage of DNA stored on it, and you will need it at 100% to move on to the next stage. Luckily you can drop discs into a machine called a Combinator to combine them until you reach 100%.

Now that you finally have your 100% DNA disc, you are ready to start bringing your creatures to life. You will need an Embryonic Machine and a DNA Synthesizer to get started. Put your DNA disc into the synthesizer with an empty test tube and some nucleotides to get a filled test tube with the DNA of your creature. 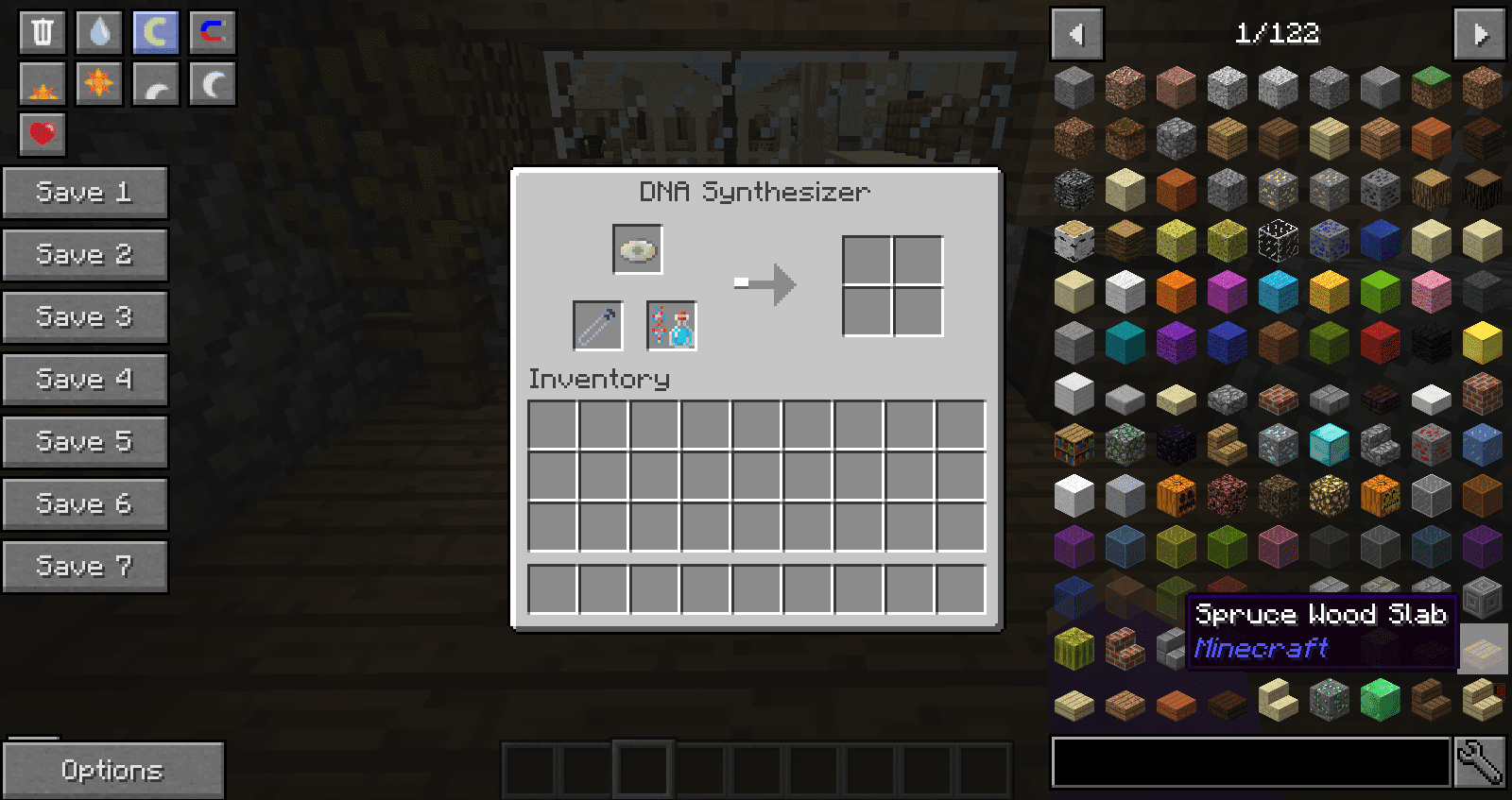 Once you have your synthesized DNA you can make use of the embryonic machine. Place the DNA tube into the machine with an empty syringe and a petri dish and let it run. This machine goes much faster than the previous ones you had to work with, so don’t go too far. Once it is done you will have a syringe of DNA ready to use in the next machine. 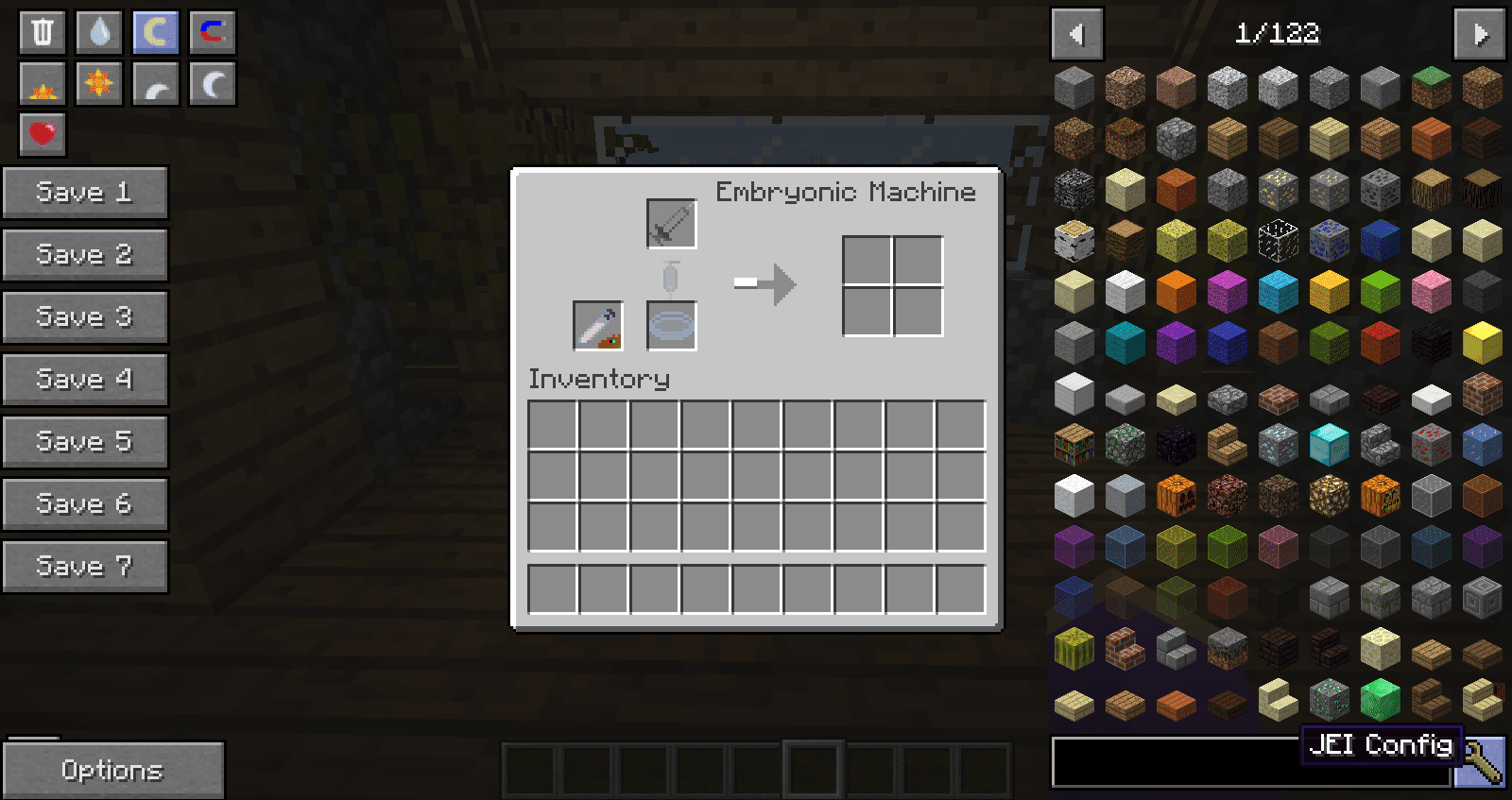 With your syringe of DNA in hand all you will need now is an egg. Place an egg into the calcification machine along with your syringe, and it will give you an egg for whatever creature you have been synthesizing DNA for. 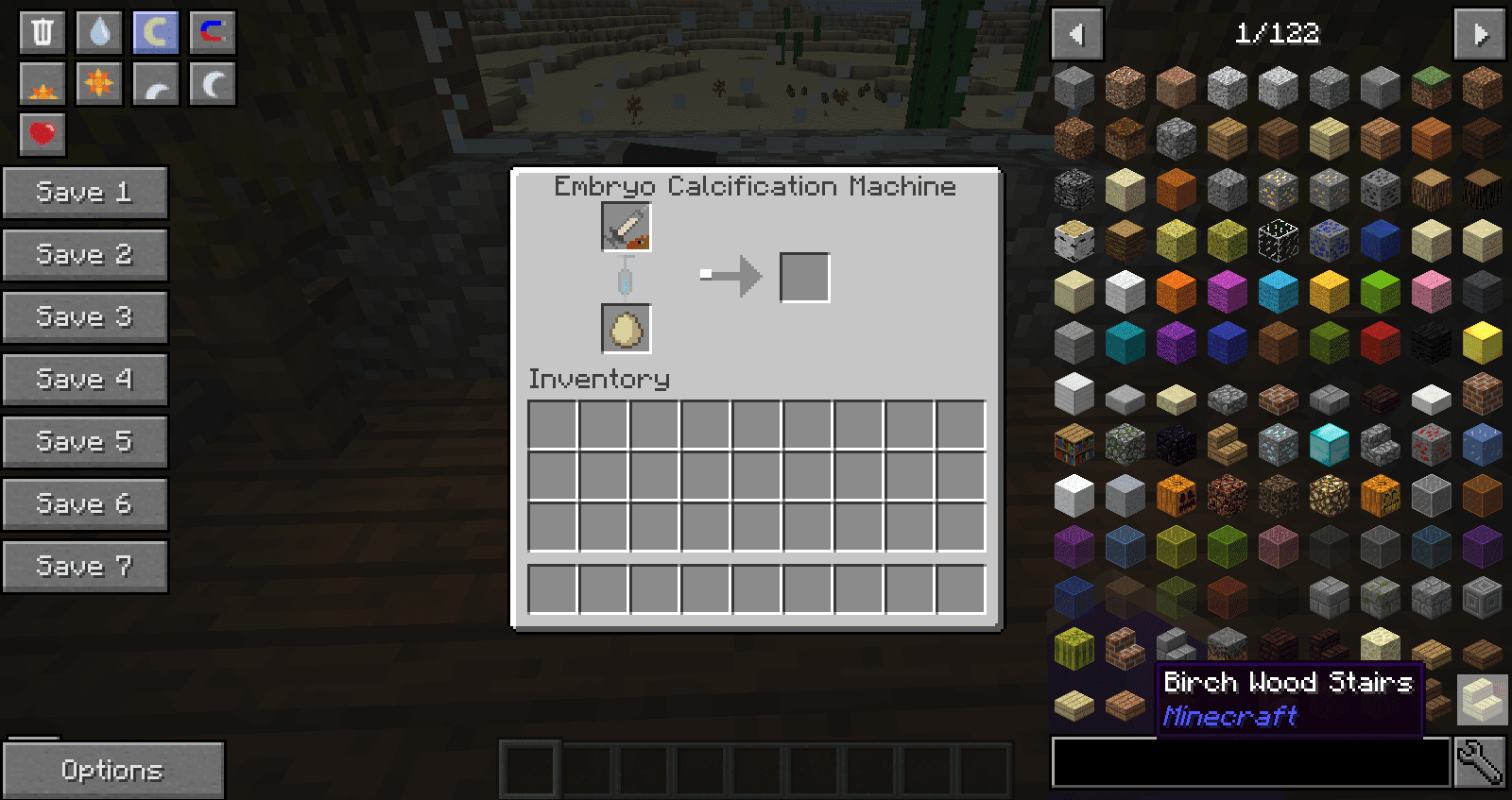 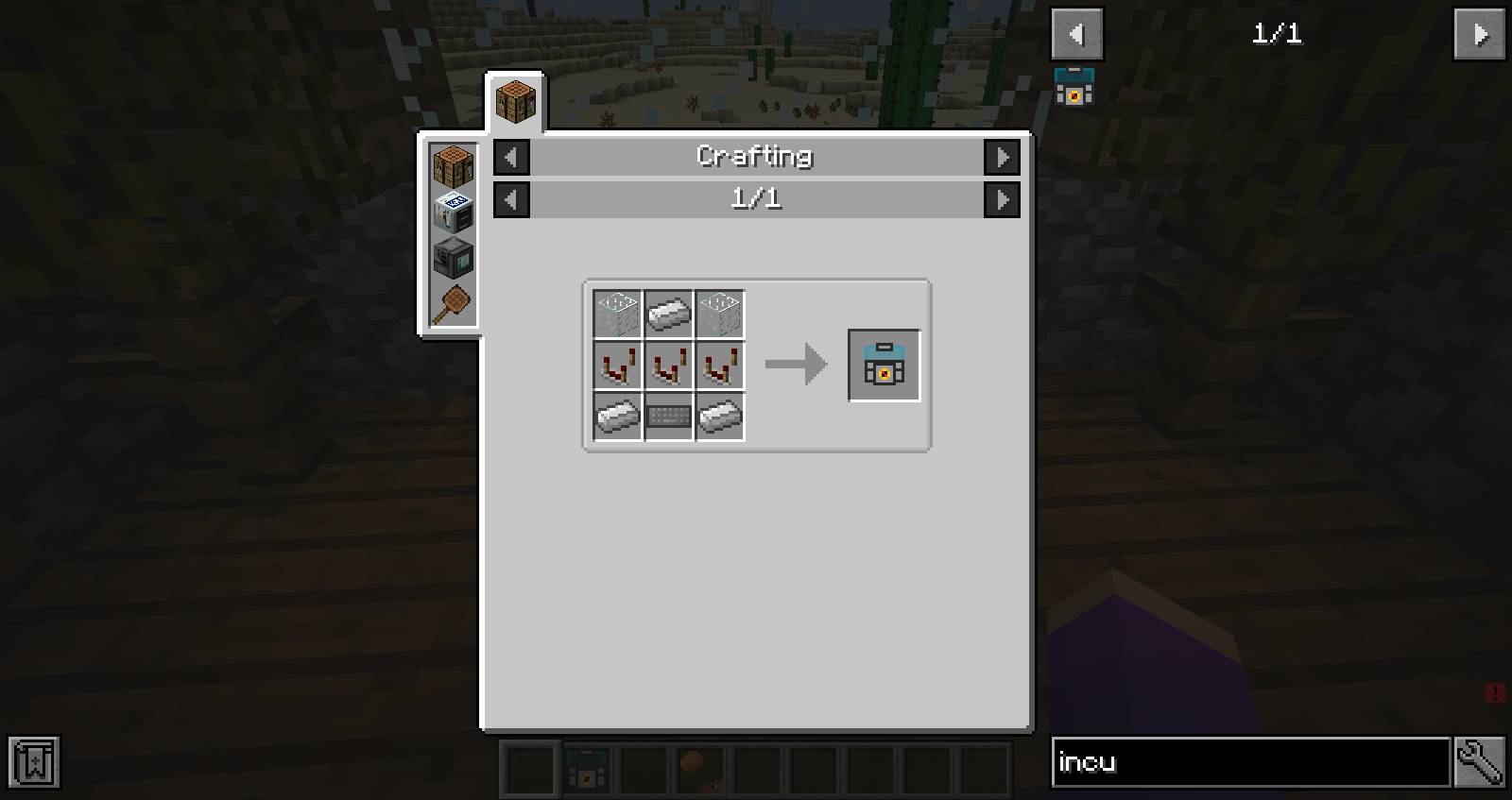 With your precious egg ready the final step to hatch your new prehistoric creature is to put it into an incubator with a substrate like peat moss. Once you have placed the sand and the egg into the incubator you will be able to change the temperature of the incubator to specify which gender you want the creature to be. Lower temperatures (yellow) will give you a female while higher temps (red) will give you a male. 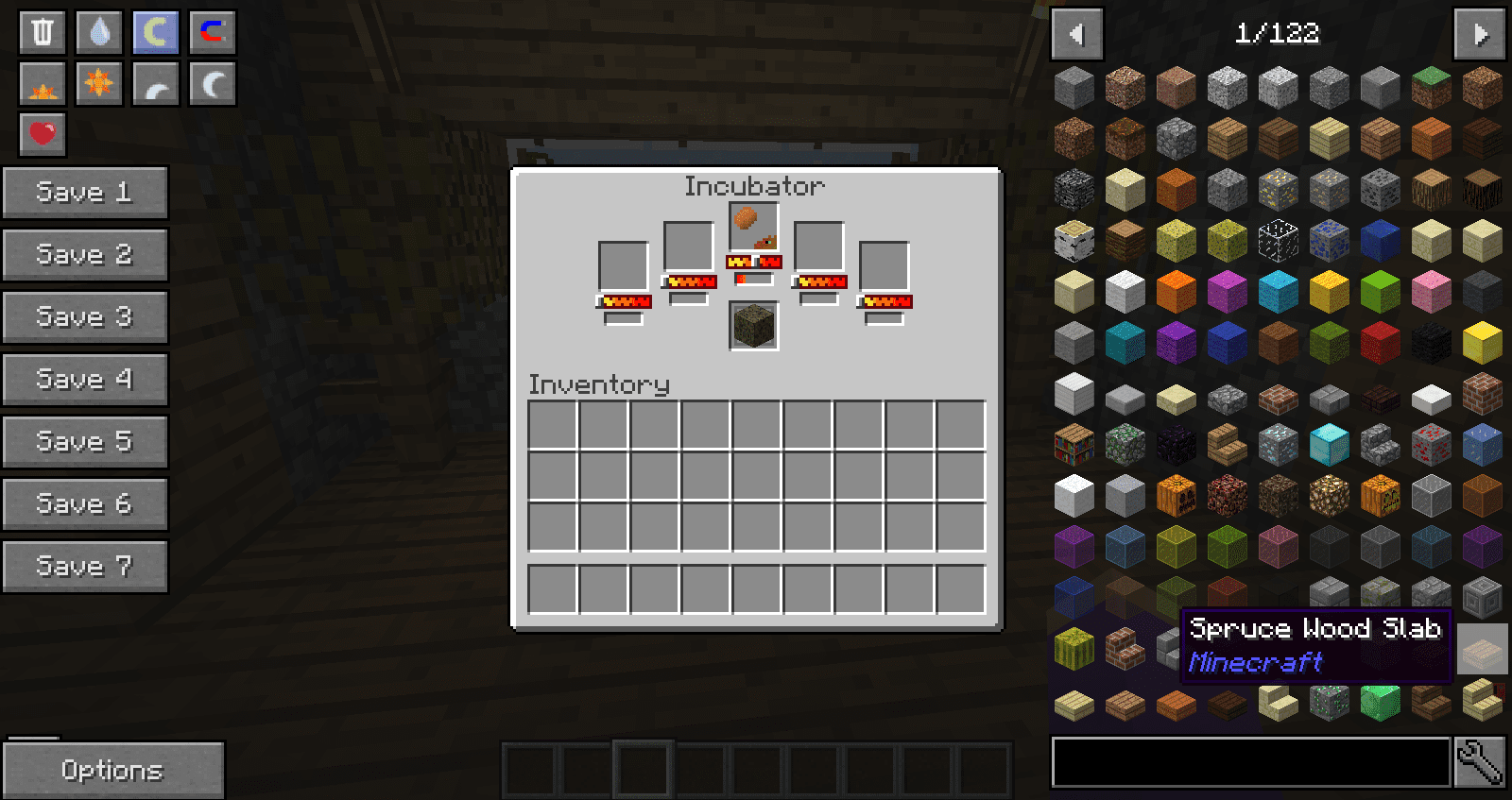 When the incubator is done you will receive another egg that can be used to spawn the creature you worked so hard to create. You can use it by simply right-clicking on the ground. We recommend creating an enclosure to make sure your new prehistoric companion doesn’t wander off after you bring them into the world.

If you spawn or build your base anywhere near the ocean it would be a good idea to get some armor and weapons as quickly as possible. As part of this modpack, Aircraft carriers with hostile soldiers can spawn out in the ocean. They often have helicopters and firearms and will attack you on site. The helicopter can also on occasion fly by and attack you if you are in range.

Using Amber is a lot quicker and easier than using fossils, but it is slightly harder to find. If given the chance though you should always try to use it instead of a fossil. When you have amber all you will need to do is drop it into a dna extractor with a disc instead of having to use a grinder and a sequencer. 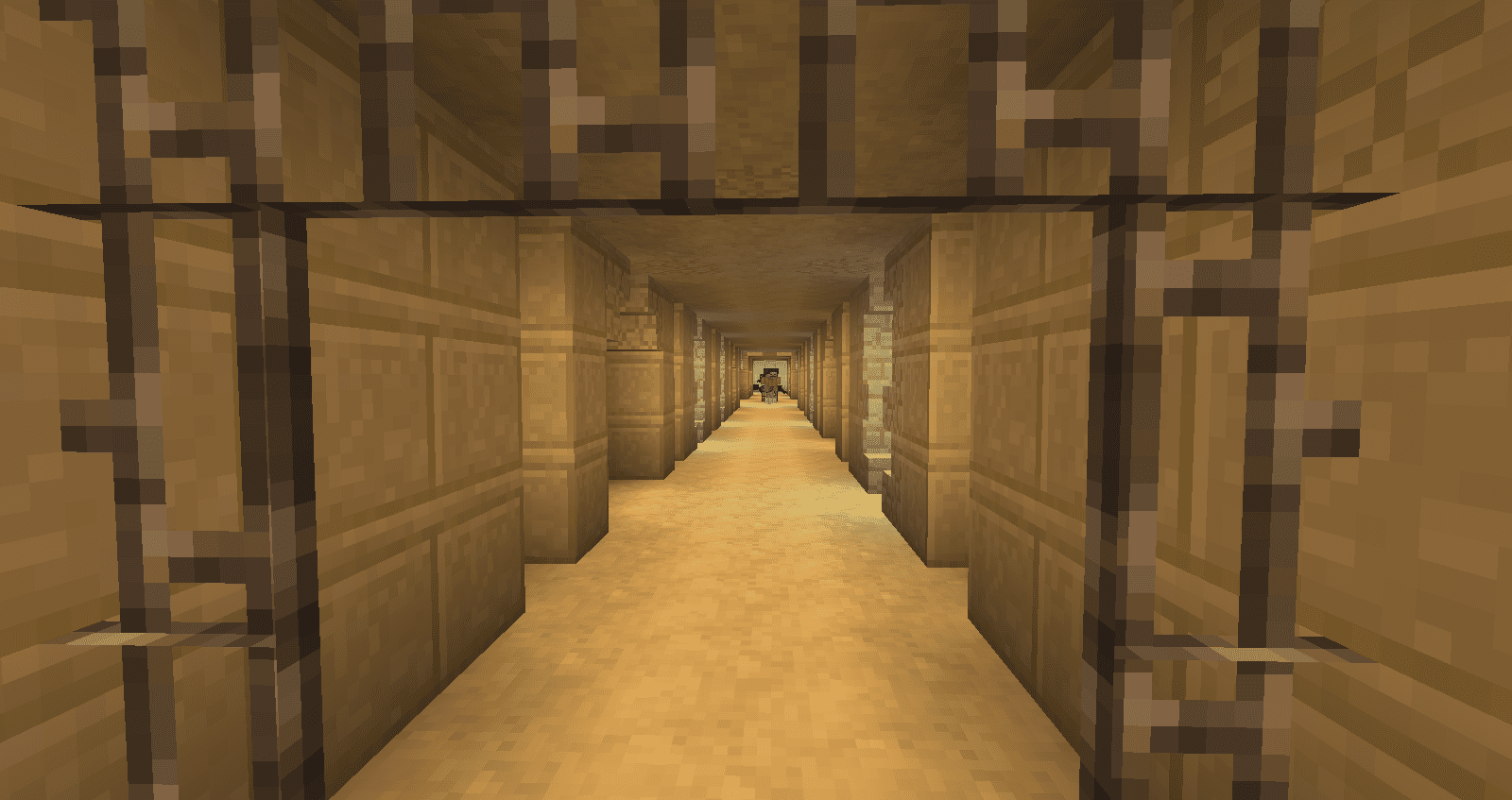 This pack includes a mod that creates underground dungeons. These dungeons can have some decent loot, but they are most useful for their spawners. Each dungeon will have multiple mob spawners for mobs like zombies and spiders. With a little work you can turn these into easy mob farms for both items and mob drops.

The sooner you have an iron farm, the better. Iron is one of the most needed resources for this modpack as almost every machine you create will use it in their recipe.

Jurassic Craft 3 is a simple yet expansive modpack that can give you countless hours of play. You can create your own Jurassic Park, or revive cretaceous creatures to roam the earth once more. The pack gives you the opportunity to be the most influential scientist in the entire Minecraft world all while ducking armed commandos. This is an excellent pack for all ages and is a good intro to modded Minecraft.

How To Make a Jurassic Craft Server With Apex Hosting