How to Make a Wither in Minecraft 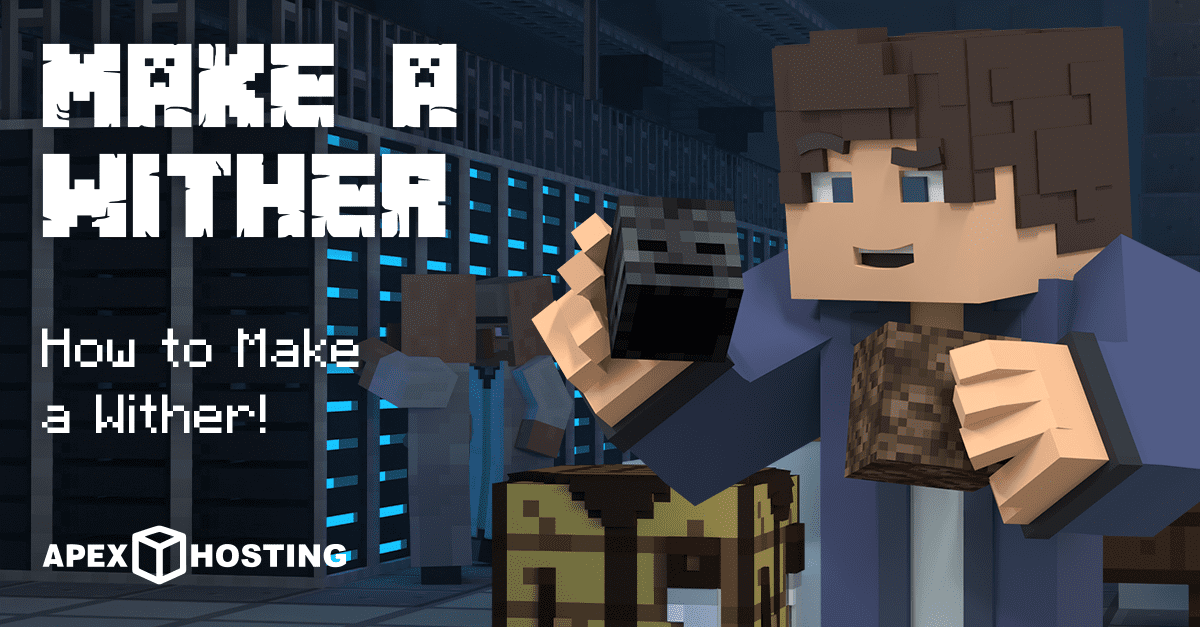 There are countless threats and challenges that Minecraft players face as they explore their world, which tends to award them valuable loot. This includes boss fights and powerful mobs to slay, but one type doesn’t naturally spawn. Players can defeat the Ender Dragon and do everything else in-game without even fighting this mysterious monster. Once specific resources are obtained and placed accordingly, the Wither appears out of thin air that initiates the fight. This mob is by far the most destructive one in the game, as it shoots explosive skulls in every direction and towards the player. Whether you attempt this feat for rewards or use the Wither for griefing, be cautious when spawning it. However, the exact process for creating and slaying it isn’t known to everyone. Keeping this in mind, let’s learn how to make a Wither in Minecraft and combat tips for the fight.

Before taking on the Wither, you’ll need to collect some required items. These are only found in the Nether dimension, meaning players need to build a Nether Portal to access it. After teleporting there, you must locate a Nether Fortress and prepare for deadly mob attacks. Fighting these monsters is required since their loot is what you need to create the Wither. Luckily, the amount of resources isn’t much! Although, the chances of one item isn’t in your favor and will take time to gather all of them. Enough about all that, review the needed materials down below to get started. 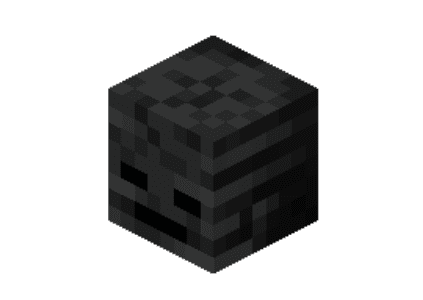 The most essential aspect to withers are Wither Skulls, which is collected through Wither Skeletons in Nether Fortresses. These have a drop rate of 2.5% upon every kill, but can increase with the Looting enchantment. You’ll want to obtain three skulls, as this is the required amount for the Wither. However, be careful as you fight these monsters since they’re extremely deadly. Collecting Wither Skulls is the longest part for creating the boss, so having the enchant on your sword is heavily suggested. 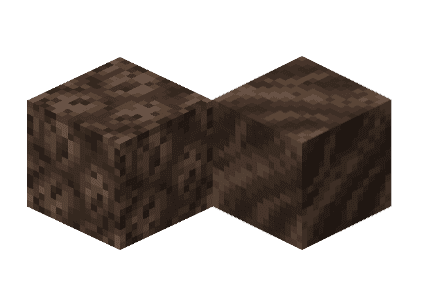 The Wither can only spawn from using two block types, Soul Sand and Soil. These are scattered throughout the Nether, so finding them shouldn’t be too challenging. Once you find some, you’ll want to collect 4 blocks since it’s used for the Wither’s spawning ritual. Using a shovel to gather them is suggested, as it breaks the block faster. Additionally, having Soul Speed on boots might help you navigate through the terrain.

As for actually creating this monstrous mob, you must place the soul blocks in a “T” formation. Afterward, place the 3 skulls on top of the structure and it’ll instantly spawn the Wither. However, if you’re in a snowy environment, these bosses will not appear. Once it’s spawned in the world, you’ll notice it will not attack the player at first. This is due to the Wither building up its health and size, which doesn’t take long. During this state, you cannot damage it. This gives you a few moments to prepare yourself for an epic battle. 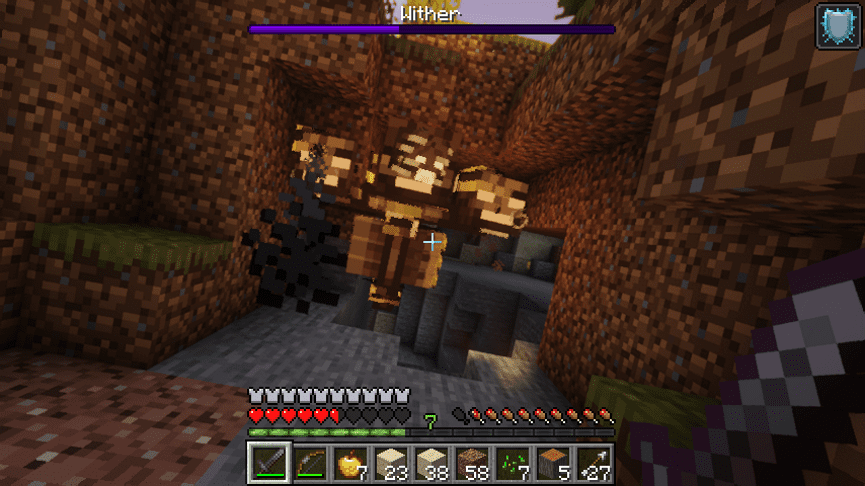 Alas, you’re now in combat with one of the most terrifying mobs in Minecraft. If you don’t have adequate armor and weapons, preferably with enchants, the chances of death greatly increases. This is mainly due to the Wither constantly shooting its skulls at your character while flying around, exploding everything in its path. Although, a popular method for killing this boss is to trap it and use bows. Now how can you trap something that can destroy everything? The answer is surprisingly simple: spawn a Wither underneath the End Portal Gateway after slaying the Ender Dragon. This will force the creature into Bedrock, thereby trapping it in an impossible block to break.

As you continue hitting the Wither, a new phase will be introduced. This brings the mob closer to you, but on a level that allows you to easily hit it. In other words, instead of using projectiles to cause damage, you can finally use a sword. Of course, if you do trap it then this phase will mean nothing to you. However, for most encounters this is the final stage of the fight. When you kill the Wither, a special item will drop for players to craft a unique block. Let’s discuss these items a bit more to know the rewards for battling the creature.

The only item withers drop are Nether Stars, which is used for creating an interactive block. This is the main function of these items, other than looking nice on Item Frames. It’s also a sign of respect and power, as collecting Nether Stars is difficult. Besides that, the Looting enchantment doesn’t work and will not increase drop chances since it’s always 100% on every Wither death. Stars are stronger than most dropped items, as they do not break under explosions.

As for the craftable block, it’s called a Beacon and allows players to use valuable resources for status effects. Typically, this is placed on top of a pyramid made from iron or gold blocks. For example, right-click the Beacon after building it, then a menu will appear requesting materials. After using an item to power the block, you can choose the type of effect. These range in levels and abilities depending on how you built the pyramid structure. Crafting a Beacon requires five glass, one Nether Star, and three obsidian blocks.

Fighting withers in Minecraft is a dangerous, yet satisfying adventure for many players to experience. Just make sure to gather enough Wither Skulls for them, which is mainly done through mob farms. Building one, before killing Wither Skeletons, will speed everything up and become more efficient. This is certainly worth the time, as you’d safely collect enough skulls for as many Nether Stars as you want. It’s even more worthy since there’s an achievement for doing this process. Otherwise, it’s an enjoyable challenge for casual players that allows them to craft a Beacon to increase their base’s quality of life. Whether this is a fully maxed speed or jump boost, everyone near the powered block will receive its benefits to help build and fight. Besides all that, we hope you Minecrafters have good luck creating and fighting a Wither.