How to Make a Beacon in Minecraft 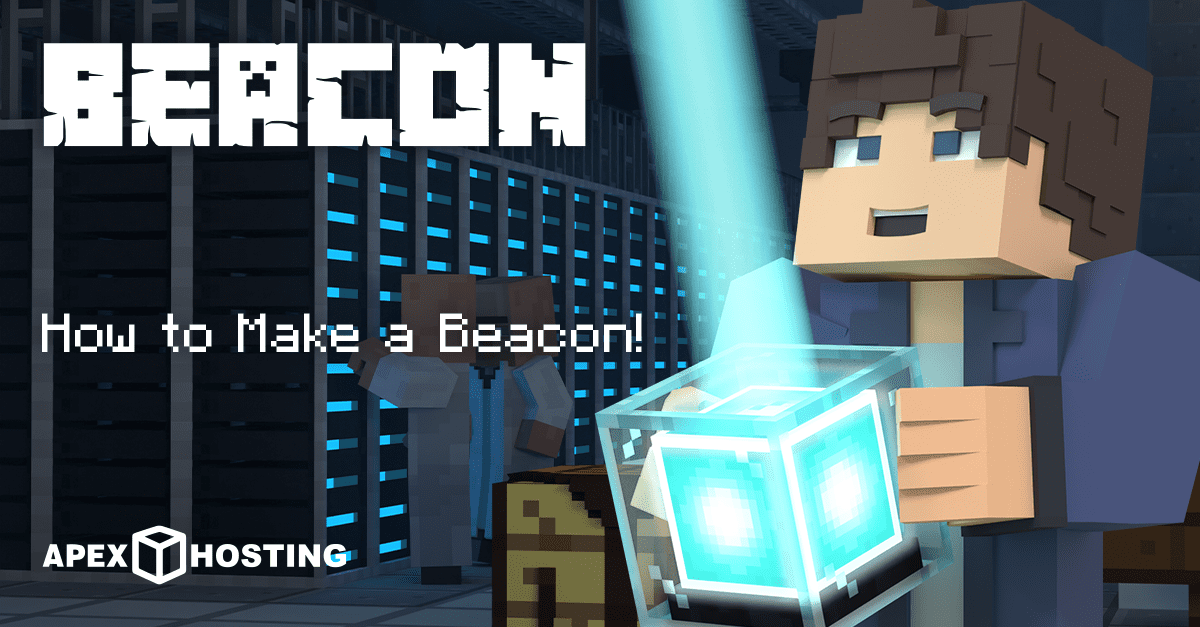 Building bases in Minecraft is already a difficult task, as players have to decide on decor and design. However, either during or after its creation, using a Beacon can help. For example, players can have status effects to help break blocks or regenerate health from mob attacks. It’s a highly sought after aspect for almost all bases, due to its useful features. Although, the beacon requires a specific structure to activate these effects. This can be a bit complicated at first since there are multiple levels to them. Once one is built, valuable items have to power it online so the features can be enabled. Depending on the structure’s level, the outcome changes and can be combined for more abilities. Keeping this in mind, let’s explore how to craft and use a beacon in Minecraft, among its status effects.

Before using the beacon, you must create it by collecting obsidian, glass, and a nether star. The only challenging material to gather is the star, as it requires you to kill a Wither. Besides this, the other materials can easily be obtained throughout your Minecraft world. In other words, it’s not too challenging for players to craft a beacon, unless they have no gear for withers. However, since structures are needed to obtain effects, the real challenge comes in the form of collecting minerals. In order to activate a beacon, find and gather iron, gold, emerald, diamond, or netherite. Either combine them or stick to one, as you need to craft blocks out of them to build the structure. When you have a lot of materials, you’re ready to build and activate the beacon.

Once enough resources have been collected, you’ll want to build a pyramid for the beacon. These range in levels and starts with a 3×3 structure giving limited effects. This is the most basic foundation for a beacon, but adding layers underneath it will increase the power. For example, adding a 5×5 section underneath the first one creates a higher leveled beacon. As you continue building, it soon becomes really expensive. This is especially true for show-offs making pyramids out of diamond blocks, which is something to avoid since the effects remain the same regardless of the material. Besides this, players can become creative with beacon structure designs. For instance, you can create one underground instead of the surface, saving space for your base. However, it should be noted that you don’t have to build a max level pyramid if you’re wanting the basic effects. This can save a ton of resources, leaving it for other player creations.

If you’re wanting to combine beacons to get more abilities, then building larger pyramids is needed. An example would be a combined level one structure, requiring a 4×5 layer of any mineral block. This can be increased by adding two values for each layer, making a 6×7 the next layer for level two. It can become confusing, so review the Beacon Wiki if you want more information. Otherwise, stick to the simplistic one beacon pyramid model instead since it’s easy-to-make.

After successfully creating a beacon and its pyramid, you can now activate a status effect or two depending on the build. Let’s say you make a level three beacon, you have access to five primary powers: speed, haste, resistance, jump boost, and strength. Before selecting one of them, place a mineral item in the corresponding slot when viewing the beacon menu. All of these are level 1 effects, but can be increased to 2 if you create a four layer pyramid. With this maxed out structure, players can either choose two low abilities or one high ability, depending if you use the secondary power (regeneration). Once these are picked, press the checkmark on the GUI and it’ll instantly activate the status effect(s). Make sure to select wisely, tailoring it to your immediate base situation, like building or defending it. 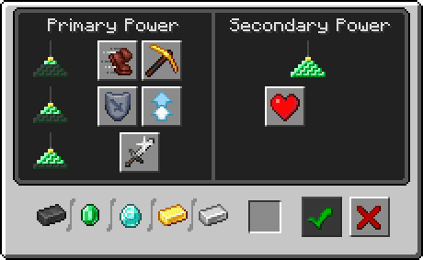 Whether you’re wanting to use strength to fight against enemies or haste to easily deconstruct structures, a beacon will help your goals. Although, it doesn’t have to be one or the other since you can combine pyramids to get multiple abilities. This can take a lot of time and resources, but well worth the effort due to maxing all beacon buffs. Either way, you and players alike will enjoy the benefits after setting everything up. Just make sure you have enough tools to collect all the minerals, as this is a grind. Otherwise, build small structures to selectively choose the powers. Regardless of the setup, enjoy your new effects at your base to continue your Minecraft adventures!