When you play Conan Exiles, didn’t you ever want to cast some spells and become the ultimate wizard? Well, I did. Due to that unfortunate disaster, I was forced to play Skyrim. However, that all changes now! The 3.0 update finally fulfills the sword & sorcery promise Funcom made to you through a new Age of Sorcery, but is expected to release in September of this year. Hopefully the wait is worth it, because the big update brings tons of new features and quality to the game for you and your friends to enjoy. Although, be warned because the update brings in spooky additions that have never been seen. Take charge of your world and story with crazy spells, appeal, attributes, and more to become the best Exile.

So first things first, we need to discuss the major part for this update…sorcery. There is interesting and undiscovered magic for you to cast upon souls of the exiled. On the other hand, you could just raise some undead with ritualistic spells to ride them or use however you want. The developers of Conan always wanted this to be in the game to fully embrace the world around you. The main focus is surrounding sinister and evil vibes that your player will harness. 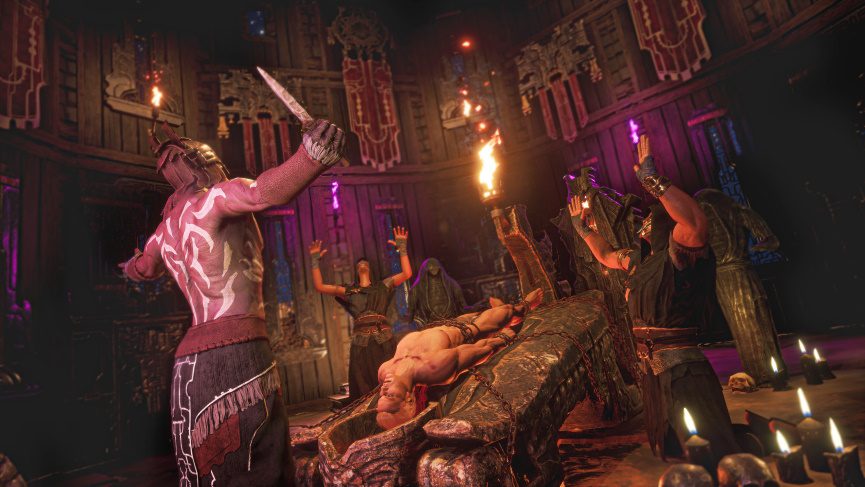 If you want to truly become an evil sorcerer, then rituals are the right choice. This focuses more on the crafting-side of dark magic to raise undead people, mounts, and more. However, before all that you need to capture some poor exiled soul to offer them as a sacrifice. I can already hear your evil laughter! Settle down though, there are friendlier rituals out there like the new fast travel system. Although that still requires blood and brimstone to activate, hmm. In any case, if you don’t want to bother with rituals, then spells are another good way to internalize the wizard within you. For instance, a good spell is illusions that can allow you to mask overpowered items with cooler appeal. That’d come in handy when I don’t want a boring looking helmet but want to keep its stats. Otherwise, you can shoot lightning bolts out a staff or break everything around you if dark magic isn’t your thing. 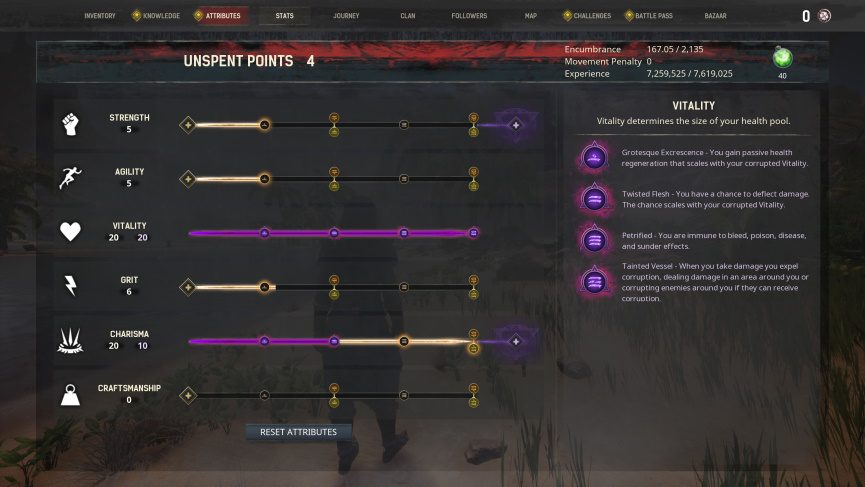 Levels have always been an aspect to Conan, well ever since I played at least. There are a few perks and attributes that have underperformed according to the developers, which were tweaked in this 3.0 update. It sounds great, but due to the new changes a new meta has been birthed into the world. The main addition is corruption to the attributes, which is a critical role in sorcerers. If you want to look and feel like an evil god among men, then corrupting your character will do just that. You’d have these cool physical changes and start accessing special perks to make yourself more powerful. The cherry on top is that you can even corrupt your strength, charisma, or vitality. Keep in mind that the developers do warn these changes won’t appear noticeable at first, but as you grind corruption it’ll start showing more. 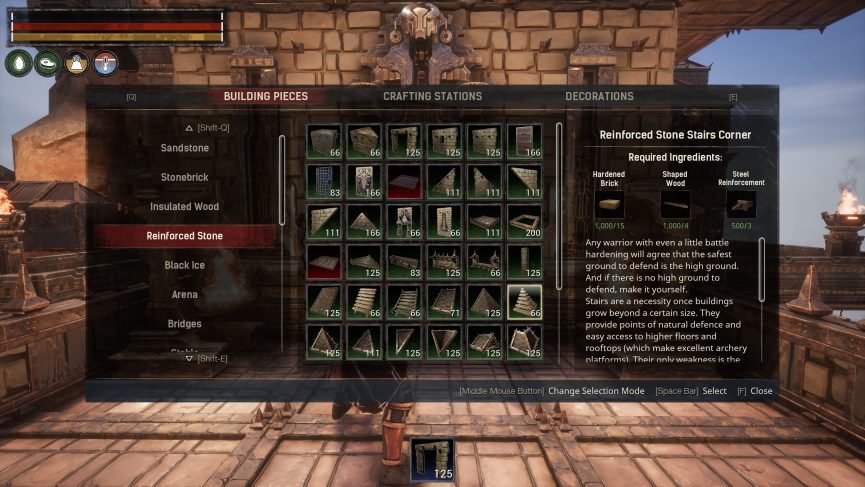 A lot of new survival games released and sparked Funcom to realize that their building system wasn’t the best on gamepads or in general, causing them to greatly improve it. With the latest changes, you can easily craft all the cool castles and structures you want on the gamepad. Even the menu for recipes is completely overhauled, which contains every single craftable item that you unlocked. Finally, a user interface that stores all my unlocked goodies! 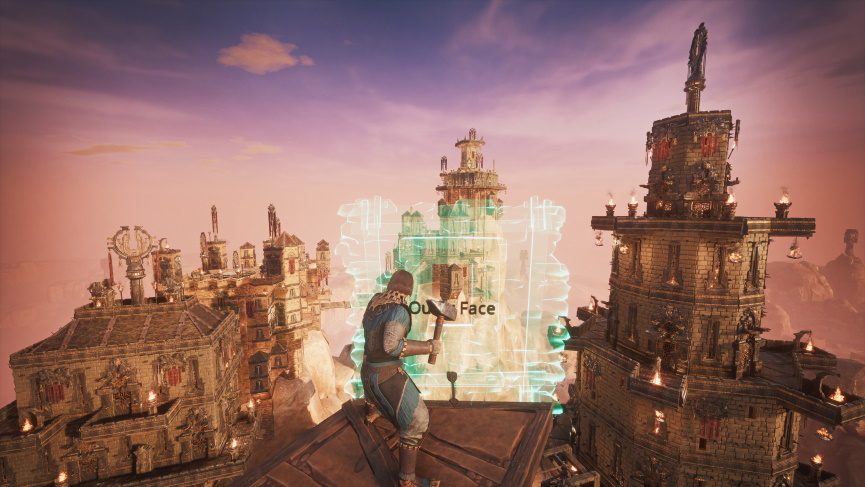 There’s this mode called creative that you can use to create anything you want without worrying about unlocking recipes. I could have sworn something like this exists, oh yeah, Minecraft! Anyway, you get this cool admin panel that allows you to fly around and start using your creative energy to make goated bases. It’ll be really easy to make my perfect fortress so I can start sacrificing my enemies in rituals.

Just like all the new hip games nowadays, yes a battlepass and in-game store will be in Conan. You can purchase themed cosmetics, mainly sorcery, to apply on your structures, character, and other things. Luckily, you cannot become an absolute boss by paying to win since it’s restricted to appeal. As for the pass, you can get some sick weapons, armor, and mounts built around the magic theme. You unlock more loot by completing in-game challenges or buying battlepass levels. The developers have to emphasize that they’re doing this money grab to continue promoting free features in future updates.

The new age of sorcery is upon all exiles! Become a god and play with the dead or undead through rituals. Otherwise, tap into the wizardry within yourself to cast magic from your staff or corrupt yourself to gain special perks. The 3.0 update for Conan Exiles is the largest update the game has ever seen, which is very exciting. It gets even more so when you think back to all the times you struggled with building, because now you can be Bob the Builder in creative mode. I know that’ll help me since I’m terrible at creating castles. Well, I hope you’re looking forward to the Age of Sorcery like I am. Have a good one!