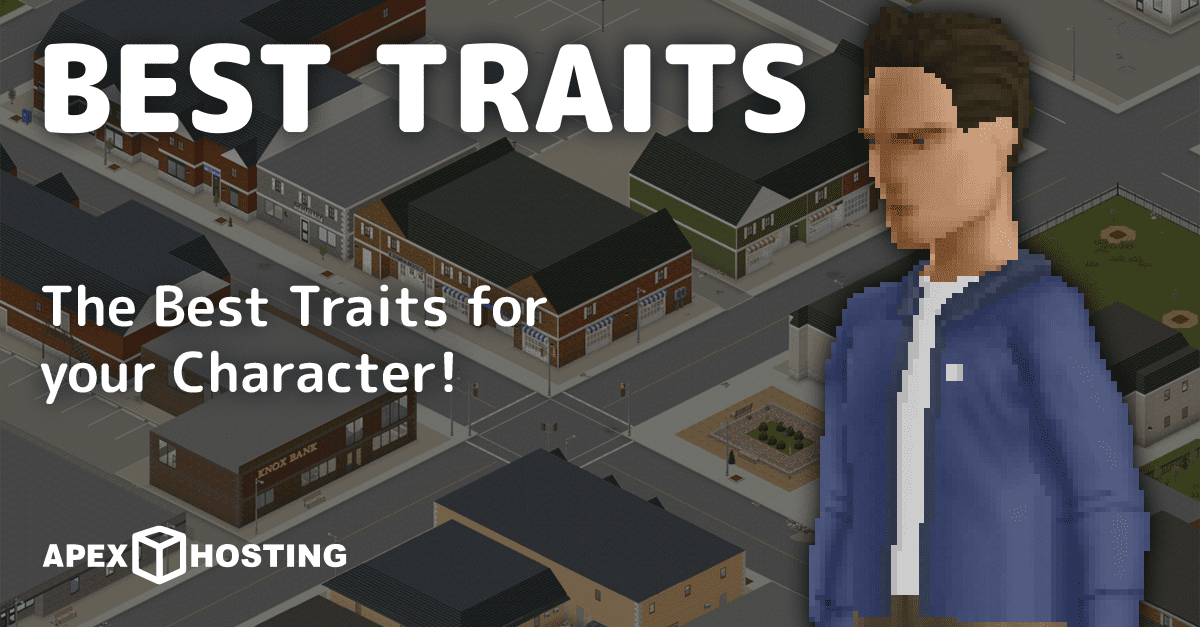 The world of Project Zomboid can be a treacherous and unforgiving place. You will find that your character has many obstacles to overcome, but that makes it all the more satisfying to unlock new abilities in the form of traits! Traits are Project Zomboid’s way of upgrading your character by applying passive buffs rather than using consumables, tools, or gear. Today, we’re going to go over the best traits and why you may want them for your character. Let’s begin.

So what exactly are traits? Basically, traits are modifiers, both positive and negative, that can be chosen during character creation in the form of occupations, aka hobbies. Multiple presets can be made to save a combination of a profession and multiple other traits which offer utility to the players that are eager to get right into the action.

With that being said, these are what we believe to be the most useful traits in the game. Keep in mind that some may be weaker than others, but what makes them strong is their impact proportional to the number of points they cost. A trait may be very good, but it may not be worth it if it costs a massive amount of points. What determines the best traits is value.

Wakeful – 30% less sleep required. This trait is pretty cheap and while it isn’t a game-changer, it gives you more time in the day to complete tasks. Just life Dextrous, it’s something that is easily underrated in that it allows you to do more with your time.

Athletic – +4 Fitness. 40% running/sprinting endurance loss from the trait itself. Although this trait comes with a downside, the movement speed buff it gives is simply too valuable to pass up. Unless you’re playing with a very specific build, I recommend always using Athletic.

Dextrous – Transfer items in your inventory twice as fast. This is an all-around time saver and is incredibly useful for how cheap it is (2 points) which allows you to get more important things done.

Lucky – +10% chance of finding rare loot. Like most games where luck is an option, especially in a game about looting, this is overpowered. It’s simple, but you can expect there to be an overall increase in the quality of loot you scavenge.

But wait! Why are there negative traits on this list? Well, taking too many normal traits will leave your points in the negative, resulting in you being forced to apply some negative traits. These are debuffs, penalties, and downsides that weaken you. So the goal is to find the traits that cost the least amount of negative points while simultaneously applying the least impactful debuffs.

Weak Stomach – 200% chance of food illness. Food illness lasts shorter. How about those odds, right? Anyway, as long as you stock up on food and make sure not to eat anything rotten, you may not even encounter the effects of Weak Stomach despite adding it to your character.

Slow Reader – 70% reading speed. If you need the extra points, then this is a minor debuff to your character that doesn’t really impact progression much. This negative trait also doesn’t prevent you from taking Fast Learner, so you can still level up skills quickly despite the nerf.

Smoker – Stress will constantly slowly rise. Smoking Cigarettes will lower the stress level. Ironically enough, cigarettes are fairly common so the points gained by tacking on this negative trait are kind of worth it. Hooray for nicotine addiction!

That’s my list! Now you have the information you need to make an educated decision as to what traits you’re going to bring into the apocalypse. In all honesty though, your best bet is making new builds using different combinations of traits and seeing what works for you. This list is just a compilation of what we believe to be the best options out there, but the optimal way to play isn’t always the most fun. In any case, I hope this blog helped you out, and have a great day!