All Features Added in Minecraft 1.18 Caves and Cliffs Part II 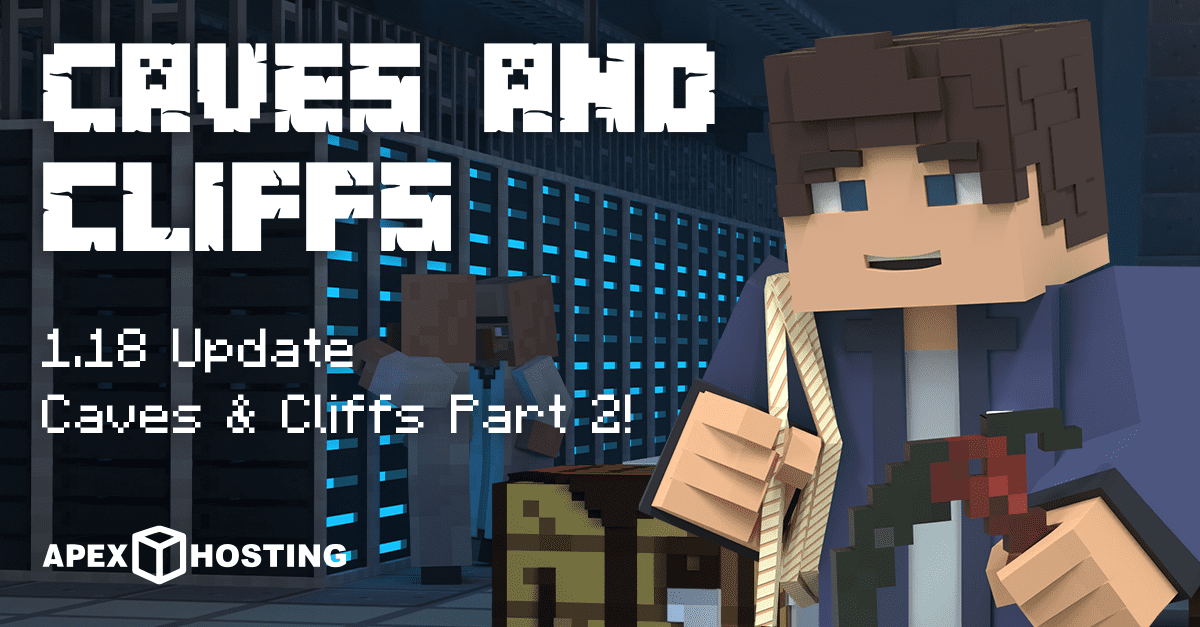 Ever since Minecraft Live 2020, people have been more than excited for the new enhanced world generation and cave generation that Caves and Cliffs would implement into the game. Unfortunately, Mojang had underestimated the technical complexity of the update and how much it affected performance, so they had to delay the update for quite a some time. A compromise was made by splitting the update into two parts that had the first half including most of the content while the second half would add in the new generational changes. Recently, on November 30th, Part II finally released and we’re very excited because today we’re going over all of the update’s features and major changes. Let’s begin.

1.18 brings a lot of major changes and new features into the game. This will serve as a compiled and organized list of version 1.18.0. 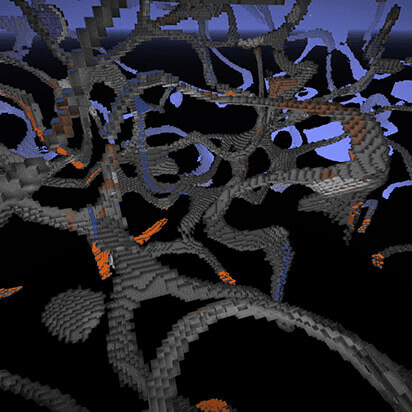 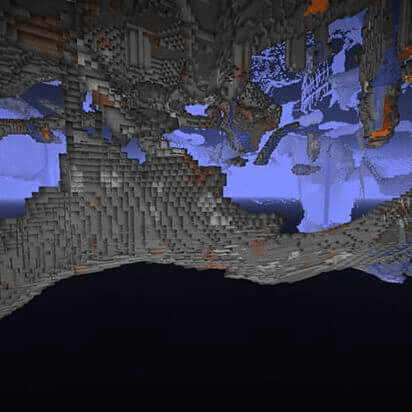 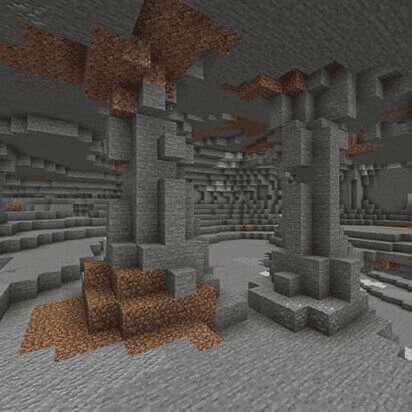 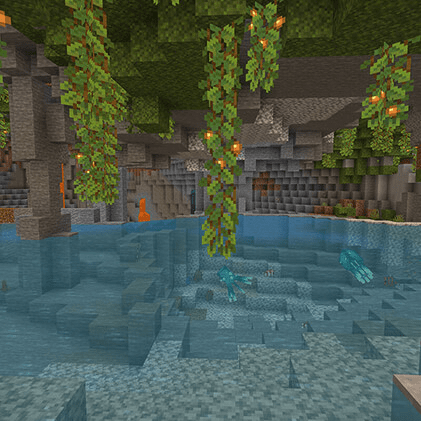 Because this update is half focused on caves, they have been changed quite a bit. Cave generation has been changes completely in that there are now multiple different types of caves including Cheese caves, Spaghetti caves, Noodle caves, and Aquifers all characertized by different structural differences. All those names are purely used based on shape, there aren’t caves made of actual cheese by the way.

Cheese caves are the largest variant, with huge spires of rock that connect the ceiling and the floor. Spaghetti and Noddle caves are very similar, with them being cramped and long channels that interconnect with other similar caves. Aquifers are the final variant while also being the most interesting in my opinion. Basically, an Aquifer is a cave with a consistent water level, sort of like its own lake. This may be the first time you want a boat in a cave! 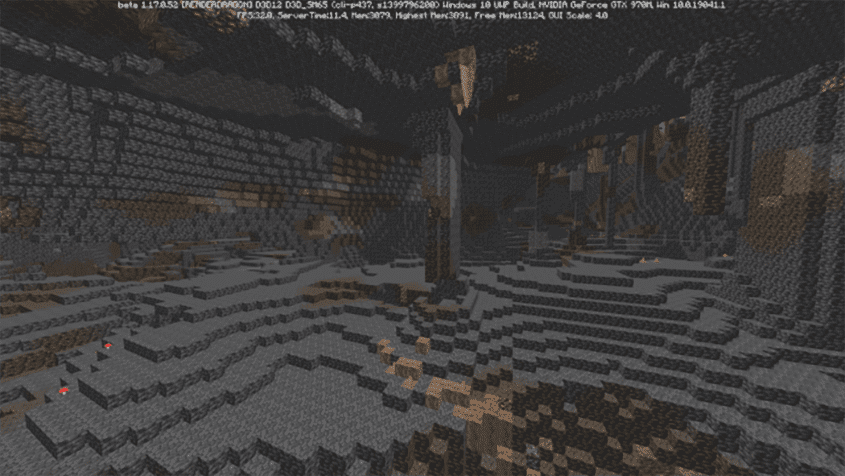 Minecraft just got a whole lot bigger! Starting now, the world height limit has increased by 64 blocks downward! That means that if you dig down after y=0, you’re not going to hit Bedrock, but rather y=-1 all the way to y=-64. This is characterized by a new block, Deepslate, which replaces Stone as the dominant block in that region.

Also, the height of clouds has changed as well. The Cloud level is now 192 instead of 128.

The Frozen Peaks is a biome in the Overworld that is known for its towering mountains made out of stone, packed ice, and snow. You can find many goats chilling (get it?) here climbing about the landscape. The weather here, due to its cold nature, causes all rain to become snow, just like other snowy biomes.

With 1.18, we have a few new tunes brought to us by some talented musicians. Even the madam who worked on Pigstep joined in on the fun! You can find Lena Raine on Youtube and Kumi Tanioka on Spotify.

An Ordinary Day by Kumi Tanioka

Left to Bloom by Lena Raine

One More Day by Lena Raine 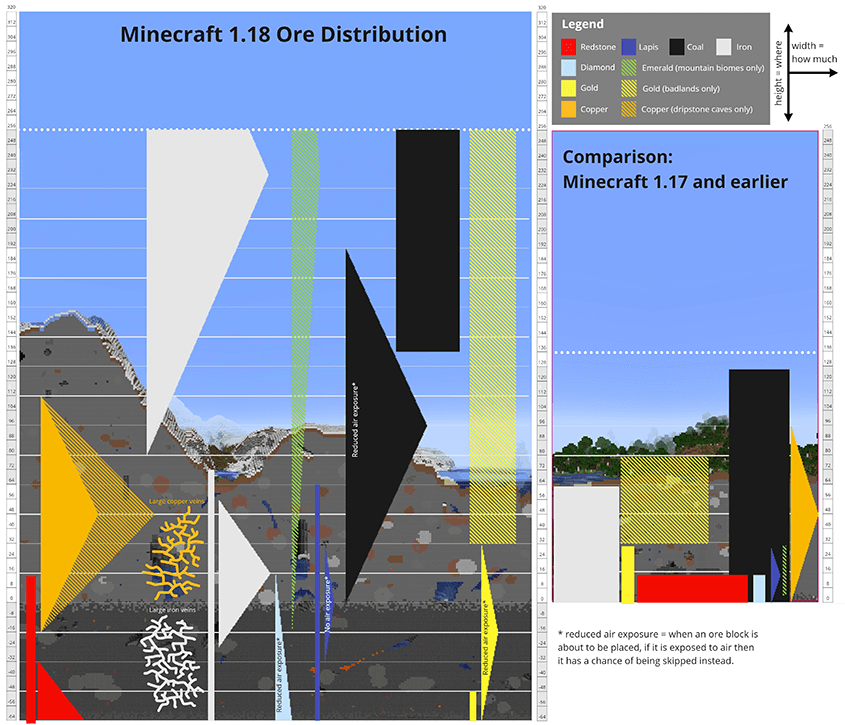 Rather than a single major feature, this section is a combination of many individual changes that all come together to form what will now be known as the new ore distribution, which will change how people mine for ores forever.

While 1.18 may not be as flashy as its more content rich half, 1.17, on a purely technical level it is by far the most impressive update Minecraft has ever released. To expand on the game’s world so much while still having to ensure it all runs well on an iPhone is remarkable, and I offer the utmost respect to Mojang for doing great work. In any case, now you know everything that was added in the latest update, and you can begin your six month hibernation until 1.19. Until then!