Where is the 1.14 Craftbukkit/Spigot/Forge Updates? 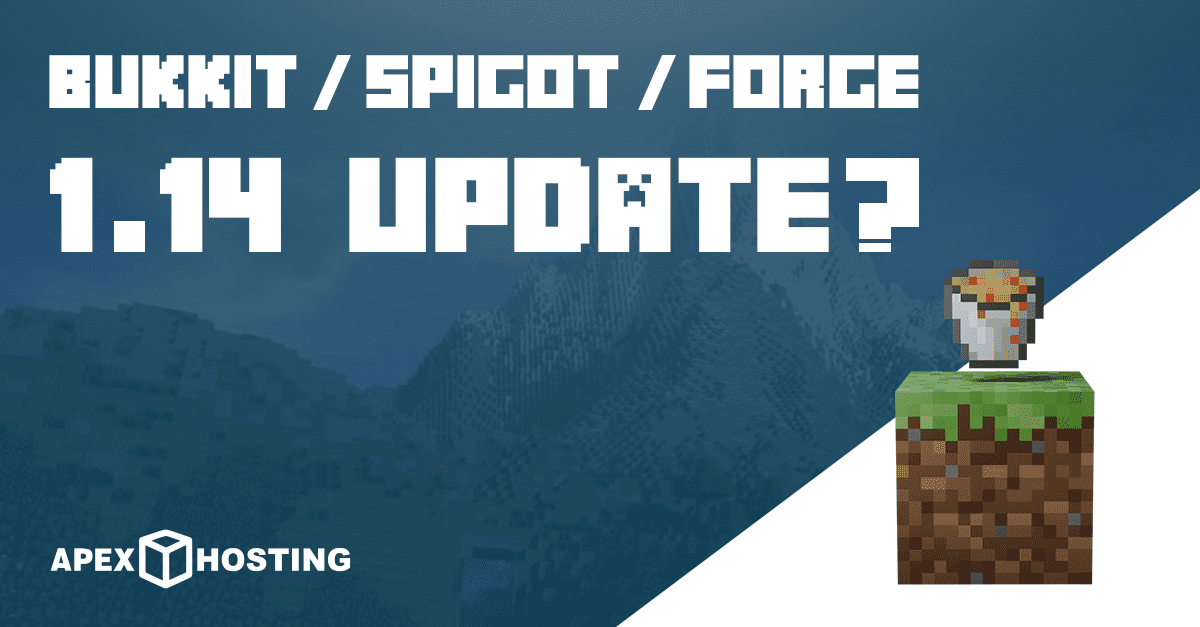 We have heard you very loudly and clearly, so would like to take a bit of time to explain as to where the updates are and when they will be coming. When a new version of Minecraft is released by Mojang the work for the Spigot and Forge teams really begins as they begin developing their new versions to make sure they work perfectly. It’s not a fast process and takes tons of time to test and they usually do this in several phases. Usually at the start when snapshots are released they are already beginning the groundwork and start making internal test builds to get a good idea of what changes are coming to the game.

Right now the current builds for Spigot are development builds which are typically released once Mojang has officially released the new update. What these builds are for is for plugin developers and the Spigot team to help test to find bugs and to help plugin developers build a solid foundation for their plugins. These builds are extremely experimental and it’s guaranteed that things will break resulting in plugins not working, world loss and crashing. This is why we do not release these builds on our servers as we want you all to have a fun and stable experience without putting your server at risk.

Typically they will continue to release these builds until they feel that the major bugs are worked out and then they will move on to the release builds. These builds are what we will be adding once they are made available as the game breaking major bugs have been worked out at this point and it’s considered safe to use. Unfortunately, we do not have a timeline for this but usually it will be around a month or so before the updates are stable enough for release. They will continue to release updates after this as well but keep in mind plugin developers tend to work at a slower pace so it may be a little longer until your favorite plugins are updated. You can actually track the progress of the new versions on the Spigot forums here.

With Forge the process is a bit different and is quite a bit slower to release updates as they typically will work from behind on a major update to ensure that everything is stable as possible. Right now the focus is more on 1.13.2 with the process getting started on 1.14 but it is very likely 1.14 won’t be ready until a few months from now as the modding process is a lot more in depth and takes time to get just right. You can follow and track all their progress on their forums here.

We hope that this clears up things regarding the new versions and if you have further questions don’t hesitate to contact us via Live Chat or a Support Ticket.

We hope you are all enjoying the 1.14 update and will be sure to let you know as soon as any more news releases regarding these versions.